Every year, on December 8, a holiday for the feast day of the Immaculate Conception, celebrations in piazza Duomo officially begin the festive season in Florence. The mayor, Dario Nardella, begins them by switching on the lights of a giant fir Christmas tree. Then, before celebrating Mass in the Cathedral of Santa Maria del Fiore, the Archbishop of Florence blesses a life-size nativity scene, which is set up beside the Cathedral—or, in Italian, a presepe deriving from the two Latin words praesepe and praesepium, meaning “manger” and “fenced enclosure”, where the cattle and sheep were kept. Beautiful handmade terracotta statues of the Holy Family and several farmyard animals are placed inside a wooden stable decorated with moss and holly. Created by the artist-artisan Luigi Mariani, these unique statues were fired in the historic furnace of Angiolo Mariani and Sons, the family business in Impruneta, which, in 2011 donated them to the Opera of Santa Maria del Fiore. All the figures of the nativity set, including the animals, are replaced on January 6, when the Cavalcata dei Magi, or the Cavalcade of the Three Kings, takes place in the city centre on another holiday, for the Epiphany. The fir tree is also taken down that same day.

According to tradition, although trees have been part of religious celebrations since pagan times, the decorated Christmas tree did not become popular in German-speaking countries until the sixteenth century. But it would not be until the mid 1800s that an American woman, Josephine Graham, introduced Florence to Christmas trees and mistletoe baskets. The wife of the United States Consul, James Lorimer Graham, organised an annual Christmas Bazaar and sold the trees and baskets on the lungarno as part of her charity work in the community. All the proceeds from the Bazaar went to help the city’s poor and needy. 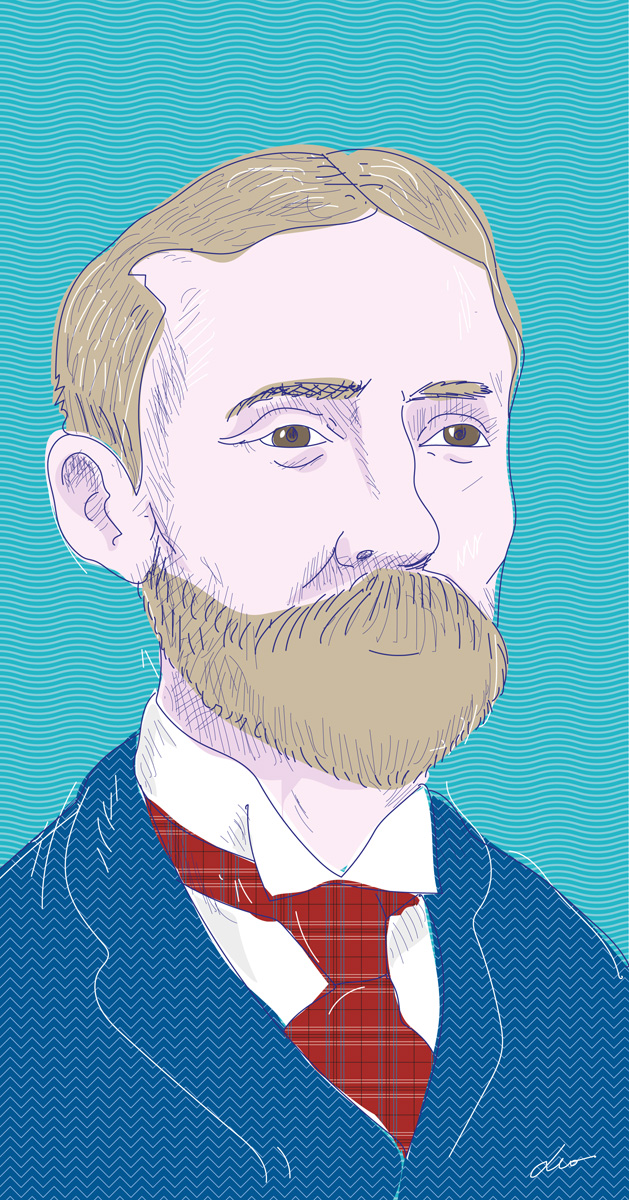 Born in New York City in January 1835, James Lorimer Graham came from a privileged and cultured background, one of his uncles being a founder of the Chemical Bank of New York. Following early home schooling, he was sent to Amiens, in France, to complete his education. A great traveller, he worked for a time with the Howland & Aspinwall shipping line, but when gold was discovered in California the lure of adventure was too much for him. On the journey there the steamer on which he sailed floundered in a storm off the coast of North Carolina. Three hundred of the seven hundred people on board perished whilst Graham’s health never fully recovered.

In 1856, on his return to New York, he married Josephine Garner, the daughter of Thomas Garner, the wealthy owner of the Harmony cotton mills. Widely recognised for his impeccable taste in art and literature as well as for his “witty and brilliant conversation” at social gatherings where he “was often mistaken for a Frenchman”, Graham who was a member of the Century Club, the Geographical Society and other distinguished institutions, had a large circle of friends, especially among the artists and writers whom the couple entertained at their New York mansion known as the Astoria on the Hudson.

During 1862 and 1863, the Grahams took a grand tour of Europe, adding along the way to his vast collections of coins, autographs, paintings, drawings and books. Whilst in Florence they rented the apartment in the Casa Guidi where the Brownings had lived. Following a period working in the family business as 2nd Vice President of the Metropolitan Insurance Company, Graham and his wife returned to Florence in 1866, this time with the intention of remaining. They purchased Villa Orsini, in via Valfonda, with its four-acre garden and sufficient space to house Graham’s library of 4,000 volumes and manuscripts in English, German, French, Italian and Spanish, and his impressive art collection.

When, in 1869, the US Consulship in Florence unexpectedly became vacant, President Grant appointed Graham to the post where he remained until his death. Successful and well liked in the job, his obituary in the New-York Tribune reported: “His spacious apartments in the Orsini Palace were always opened, with the most free and bountiful hospitality, to his countrymen, and very few who visited Florence escaped a welcome there.” His wife, an accomplished hostess, dedicated her free time to philanthropy.

In gradually declining health, James Lorimer Graham died, aged 41, in April 1876. He is buried at the English Cemetery in piazza Donatello in a monumental tomb sculpted by the American Launt Thompson, not far from the tomb of Elizabeth Barrett Browning. Graham’s friend, the poet Algernon Swinburne wrote ‘Epicede’, a poem dedicated to him. Graham left his library and autographs to the Century Club.

A year later, after an appropriate period of mourning, Josephine Graham married the Florentine banker Joseph Matteini, who had been her husband’s secretary at the US Consulate. She died 16 years later, in 1892, at their summer home, Villa Celli in Pistoia. Both she and Matteini are buried in the Allori Cemetery, on the outskirts of Florence. She bequeathed her property and her first husband’s remaining collections to her American cousins.