The secrets to longevity aren’t diet and exercise after all: just ask Tuscany’s oldest residents.

On any given day in southern Tuscany, slacks are straightened, ties tied and jumpers pulled over multiple jumpers as a very particular group of locals makes a beeline for the benches in piazza della Pace.

They are Manciano’s oldest residents, within reach of their 90th birthdays but still moving like they are in their sixties. Like Costa Rica’s Nicoya Peninsula and the isolated islands of Japan, Tuscany’s small towns are a treasure trove of senior citizens. In a recent World Atlas study, Italy ranked second for the world’s oldest population, with 22 per cent of its residents over 65. The country’s politicians may be concerned but, closer to the ground, longevity is something to be celebrated, which is why I put on my nicest dress and headed out to chat to the locals who are a fixture of my daily commute.

They meet in the piazza where not so long ago a bronze horse was immortalized in the throes of death. Its artist was so fixated on commemorating the Second World War that he paid no heed to the children whose elementary school window looked out onto the square and the distressing larger-than-life statue.

Before the sun has really risen, Manciano’s grandfathers meet to discuss living horses and other bookie bets. One or two will have the day’s paper underarm and their wives will have ensured they are immaculately dressed, lest people talk. Those same wives settle on those same benches after the lunch dishes have been cleared and their middle-aged sons have returned to work.

My question was simple: what is the secret to these Tuscans’ long lives and incredible good health?

“If I’m feeling under the weather,  I grab a bottle of red wine, add some cinnamon and clove, heat it over the stove until it’s just warm and then drink the entire thing. I fall asleep without any trouble and the next morning, I’m fit and fighting again.” 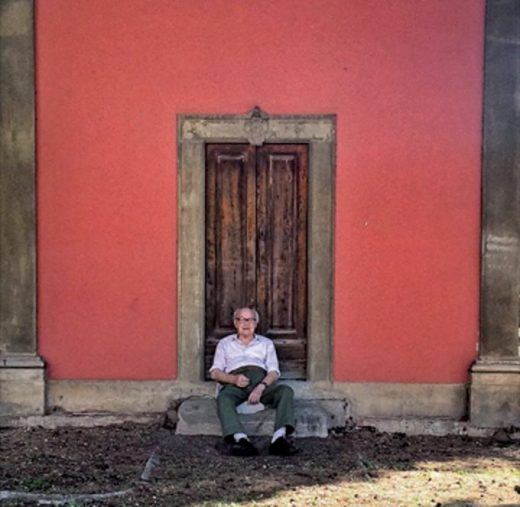 The other nonni nod in agreement. They regard doctors with suspicion and all swear by this home remedy/closet alcoholism. Fortunato worked at the local stone quarry until his 79th birthday. The hard labour has curved his spine and crushed most of the bones in his hand, but his face is bright and his voice youthful and vibrant.

Next to him, Lorenzo, who is aiming for 90 in September, worked  at the town’s dairy until a couple  of years ago. Idle hands are the  devil’s work, he says, and keeping your mind busy is a sure-fire way to beat senility.

All the not-so-young men I spoke to told me that if I wanted to live forever, I had to work forever. Those who have left the workforce are constant gardeners. Simone, 88, who isn’t a fixture in the piazza, spends most mornings halfway up a lemon tree trying to graft it onto its next-door neighbour, a rather unwilling Sicilian orange. He makes his own wine, picks olives for olive oil and grows more zucchini than he and his wife Antonella could ever hope to eat. 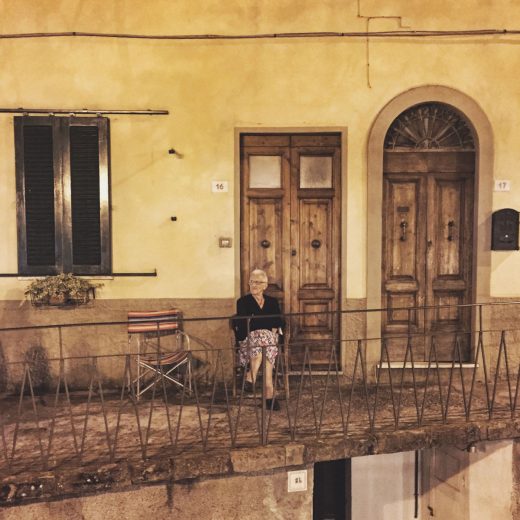 “My parents had a farm before the war and they instilled a sense of self-sufficiency in me,” he says. “If I don’t grow it, I don’t eat it.”

It’s a familiar story and I make the mistake of asking for a few culinary tips. “Salad is for the sheep,” chimes Simone. “So is water. I haven’t drunk anything but red wine for 72 years”.

It’s startling stuff, but I am yet to meet an octogenarian who moves around on anything but their own two feet. Over here, mobility scooters are replaced by the three-wheeled marvel that is the Ape and while they sometimes confuse first gear and reverse, most residents go to ground with a valid driver’s  license.

After lunch, the nonne congregate and I discover the real elixir of life: gossip, curses and a healthy distrust of anything “new age”. 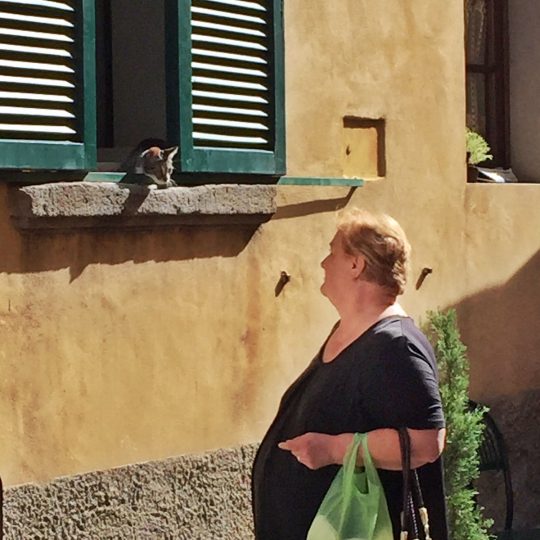 “I bought a mixed salad at the supermarket, just to try it out,” says Maria, 73, to mutters of disapproval. “They completely ruined it with these clumps of salty white rubber.” The offending item, it turns out, was feta cheese.

The ladies I spoke to made it quite clear that Italians should only eat Italian food. “Our bodies aren’t designed to digest all these adventurous cuisines. They’ll only make you sick,” says Anna, 81.

She added that if I left my clothes out to dry overnight, I would die,  although Giuseppina, 80, insisted that only applied to babies’ clothes. There was also some debate about what would happen to me if I pointed at a rainbow.

They assured me it’s these little quirks that have kept them alive for so long and free of the malocchio (evil eye). Or I could just go out and find myself a younger man.  It worked for Marina at the fruit vendor after she was widowed at 74.