How to adapt to the Italian school system

Moving to a new country is a daunting prospect, even more so when faced with the difficult decision of finding your child a school. The first step of this challenging task started prior to our move when I sat in front of my laptop and began researching our options. It proved to be a more difficult process than I ever anticipated. The information required to make such a decision is scarce in Italy; there is little to help online in the form of facts and figures, school statistics and test scores. Many schools have no online presence at all, apart from a brief listing containing an address and phone number. After finally mustering the courage to call I was repeatedly informed that the school secretary was only available three mornings a week, which seemed to change every time I phoned.

Eventually I managed to obtain a comprehensive list of schools and spent a day emailing to ask for more information. Out of the 20 schools contacted only three responded—they were all private. In hindsight, this was a good introduction to the ways of Italy. Convenience is not something that is easy to come by,  so by the time we finally arrived in Florence I was not any further along in the process of finding my son a school than  I had been at the beginning of my search.

Being English, and still tentatively a part of the European Union, I had the option of putting my son into a state school. Due to the proximity of the local institution to our new apartment and the way things naturally evolved, it seemed the decision was almost made for me. Since then I have met other expat mums and heard stories of their children’s experiences in the private international schools of Florence. The conclusion is the same: all of our children have found adapting difficult. For different reasons and in different ways, they have all had to face their own unique challenges. A period of adjustment is inevitable; no matter the school, your children’s ages or how well they might already speak Italian.

There are also vast differences between the schools in Italy and those in England and other parts of the world, which are rather surprising. For one, the length of the summer holidays: three whole months of having your children hanging onto your apron strings is enough to make any mother question coming here! Also, children start school in Italy later than many other parts of the world, at six years old, two years after most countries.

I found some comfort in this though, knowing that my six-year-old son would be beginning school at the same time as all the other Italian children, that his first year in Italian school would also be the first ever school year for his peers.  In some ways, he actually had an advantage. He had been attending school for more than two years already and had a good grasp of maths, English and science. But he also had one main disadvantage: my son didn’t speak Italian.

This is still proving a major obstacle and one you can ultimately avoid if you send your children to an international school. They are almost guaranteed to find it easier to adapt to their new life, their peers and friends will speak the same language, and they can continue their studies with a relatively similar curriculum without the disruption posed by language barriers.

If your child goes straight into an Italian school like mine, it is like throwing them into the deep end. You may see their work suffering at first due to them struggling to understand. They will find it harder to make friends in the beginning and being surrounded by a new language can be mentally draining, so be prepared for some outbursts of frustration and at least a couple of months of unrest.

In the long run though, your child will learn the language quicker; many children become completely fluent in less than a year when moving abroad. They will become accustomed to the culture and become “Italian” in a way that no adult could ever aspire. As their language skills speedily bypass your own, and you begin to regularly bump into other children in the city who shout out your child’s name enthusiastically, you will be quietly reassured that they are adjusting and have made more connections and friends than you could ever hope to have done in such a short time.

Although there are some differences in the curriculum, which can be frustrating to accept—for example, when your child suddenly starts writing in capital letters as they are taught to do in the first year in Italy—there are many benefits that make up for it. The warmth of the teachers and the genuine affection shown towards their students is something on which a value cannot be placed.

The day my son came home with a calendar of his meals for the year was a day I had some of my worries alleviated. Children in Italy are given a three-course meal for lunch, which would not be out of place written on a chalkboard in a local ristorante as the menù del giorno. Knowing your child is being well fed is comforting for any mum.

Undoubtedly, adapting to a new school system in a different country takes time and patience from you and your child. Whether it is private or public, international or state, there is no escaping from the fact that there are going to be major changes in your child’s life. Some of those changes you will embrace, others you will disagree with and find hard to accept. There is no magic wand that can be waved to make friends for your child, to make them fluent in Italian overnight or to help them “fit in”. But there’s the value of giving your child a new life and experience, the lesson of being adaptable and resilient, of growing up with an awareness of more than one culture as well as a new language, and there are no schools in the world that can teach such a worthwhile lesson. 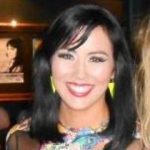 Emmy Yoshida is an author, single mother and owner of International Babysitters, a babysitting agency offering crèche facilities and multilingual childcare to the tourists and expats of Florence. She lives in Florence with her six year old son Enzo. Find out more at www.internationalbabysitters.com. 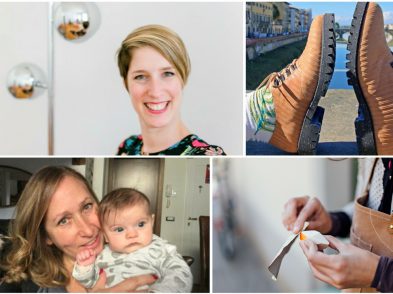 Looking to start a business in Florence? Meet four successful female and foreign entrepreneurs who are living proof that it can be done - and brilliantly. 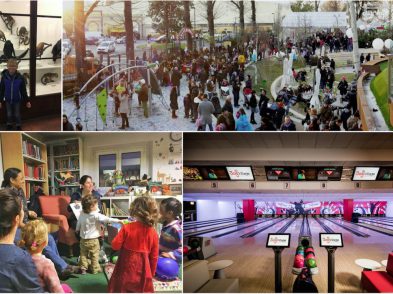 The sun is not always shining in Florence, contrary to popular belief. Here are six ways to calm your kids on a rainy day.