Participate in the last week of #TheFirstLast and be one of the art lovers to generate the “missing” 28 percent of AWA’s crowdfunding goal.

Participate in the last week of #TheFirstLast and be one of the art lovers to generate the “missing” 28 percent of AWA’s crowdfunding goal. 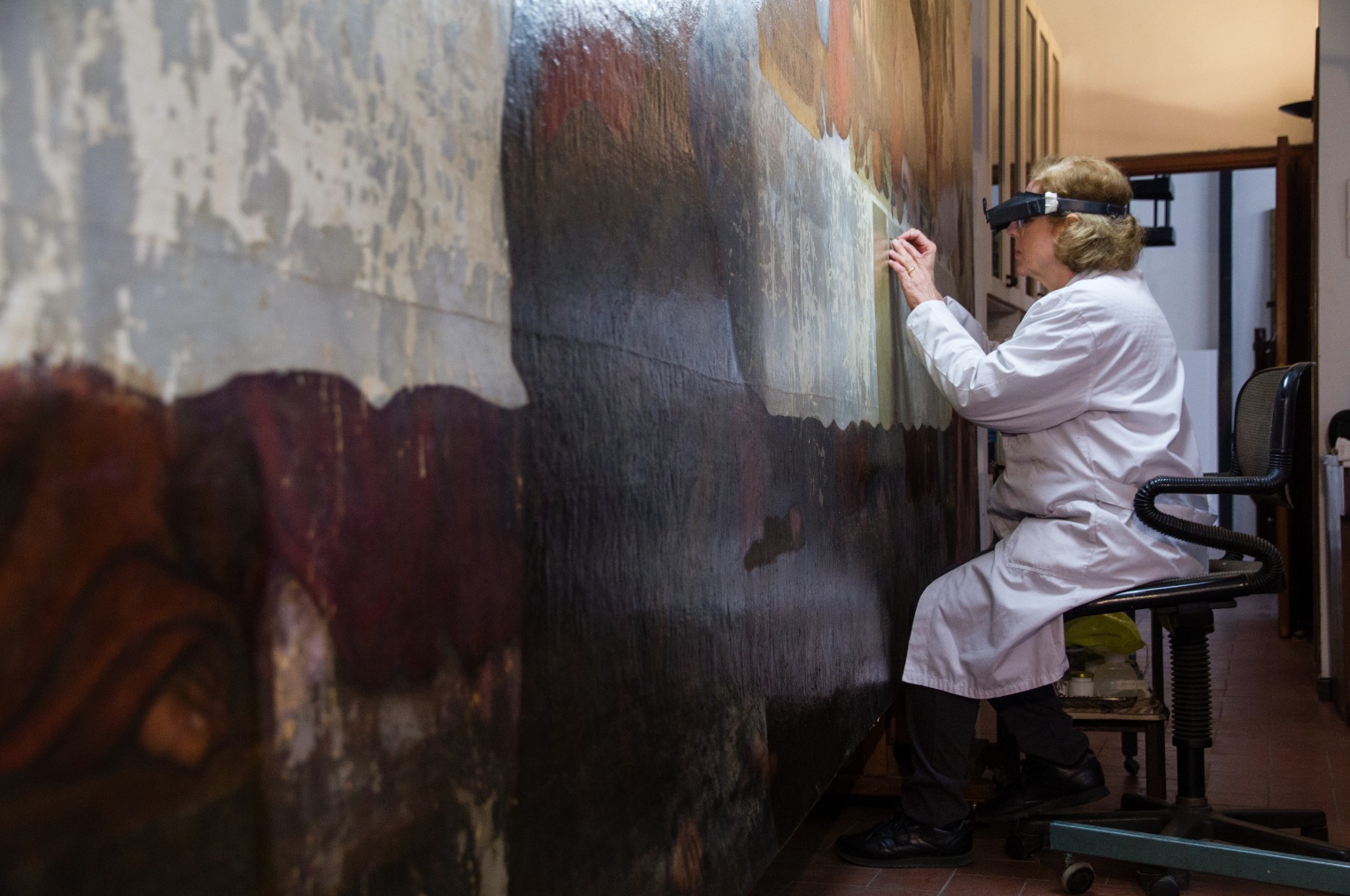 Plautilla Nelli’s 191-pound canvas of The Last Supper needed six men to hoist it through the window and into the conservation studio, but the real “window” on Nelli has opened during AWA’s campaign to involve the art-loving public in the restoration of this masterwork. In the last 40 days, Nelli has gone from being a virtually “invisible artist” to being featured in 86 international newspapers, blogs, websites and magazines, thanks largely to #TheFirstLast and the artist’s much-awaited Uffizi debut. The crowdfunding campaign ends on April 16 (Easter Sunday), whilst Nelli’s solo show will continue at Florence’s famed gallery until June 4.

What would Girolamo Savonarola, who lit the first match on the Bonfire of the Vanities, think about Nelli’s recent appearance in Vanity Fair? For though the fire-and-brimstone Dominican preached in favor of art by convent women, he would likely be scandalized by the recent attention being showered upon the 16th-century nun who painted some of the Renaissance’s most precious works by a female artist. Several best-selling Tuscan-inspired authors from England, Canada and the United States, like Ross King, Dianne Hales and Sarah Dunant have come out in support of Nelli’s Last Supper, in addition to Italian actress Elena Sofia Ricci. And so far, 322 people from 14 countries (Australia, Brazil, Canada, Finland, France, Germany, Ireland, Italy, Netherlands, New Zealand, Philippines, United Kingdom, USA and United Arab Emirates) have contributed to the crowdfunding campaign, allowing the foundation to reach 72% of its total goal so far.

A surge of support is expected for the final week, but other good news has stemmed from #TheFirstLast, which has proved an authentic awareness-raising enterprise, shedding light on the need to salvage the over 2,500 works by women in the Florence museums and storehouses, starting with the largest work in the world by an early women artists—this 21-foot signed Last Supper, the only work of its kind anywhere. The project’s overwhelming participation has inspired AWA board member Cay Fortune to create an “Adopt an Apostle Program” for each of the painting’s 13 figures and Fortune then went on to personally “adopt” Saint John for 10,000 dollars. The youngest saint may now “taken” but the other twelve are waiting to be claimed.

These funds will serve to complete elements of the conservation project not covered by the crowdfunding campaign and to underwrite the book and AWA documentary spotlighting recent discoveries. The “Adopt and Apostle Program” is especially significant because, as yet, not all of the Saints at Nelli’s Last Supper table have been assigned their proper names. Part of the restoration process involves in-depth research with museum curators, conservator Rossella Lari and the Dominican friars of Santa Maria Novella to discover the iconography and stories behind each of the painting’s characters. Sponsors and the art-loving public will discover “who is who” first hand, as the restoration continues.

The recent hubbub about Nelli and her work has inspired La Effe, an Italian channel broadcast on Sky, to feature AWA and Florence’s first female painter in one of the six episodes of the series “Noi siamo Cultura” (We Are Culture) directed by Giuseppe Carrieri and produced by Natia Docufilm, in collaboration with the Toscana Film Commission.