Learning on the land

Monday morning, start of the week, and I park the car at the side of a country road. It’s about 9.15 but no school gates slam shut here. My eight year old joins her classmates at the top of a dirt track and as they wave goodbye, their teacher walks beside them along the windy half-kilometre down through the trees to the school in the woods. So begins a typical school day at the Montessori Elementari nel Bosco, which opened last September at a farm outside Fiesole, minutes from central Florence.

It’s a school that was set up and is run by local parents as an alternative to the (let’s face it) rather rigid Italian public school system, where children sit still, listen and have little physical activity. The principal teacher—an experienced public school and Montessori educator—is the very picture of a country school master, while the other teachers, each with their own expertise, divide the week’s activities amongst them, from seed planting to English, and even origami.

Our daughter enjoyed first grade in public school, but we grabbed the chance to move her to Elementari nel Bosco for second grade. Having grown up in Norway, she attended a forest kindergarten and is a nature girl at heart, curious to learn at her own pace. Which is what we have found at this oasis of creativity and freedom. Following Montessori methods—which I was amazed to discover are not widespread in Italy—the focus is on the individual child: learning what they are motivated to learn and not what the teacher says must be covered that day.

Located in a classic Tuscan casa colonica, which also houses a renowned organic farm and, for the last 15 years, a separate kindergarten with a long waiting list, several rooms were decked out last summer for a classroom and kitchen for the new school. One dad handily put together child-sized benches, tables and shelves. The fees are affordable and the school follows the national curriculum, being affiliated with the public school at San Godenzo, which hosts a Scuola Senza Zaino.

There are just five kids now (mine loves being the sole second grader), but numbers are expected to expand to 20 from September, with 10 already enrolled.

In the classroom the children use Montessori materials for reading, writing and arithmetic, guided by the teacher who helps them find learning in everything. They enjoy a hot lunch, twice a week, cooking it themselves. A savoury tart (food science and sustainability) will be cut up for eating (geometry) and the onion skins re-used to colour Easter eggs (art). Heading outside, they check on the hens and their vegetable patch (biology) and measure how many metres they are allowed to climb up the tree (arithmetic) and explore the many fields and paths (geography), as they come across stones (geology), echoey holes in the ground (music), always observing how the seasons change (philosophy). Whether indoors or out, they learn to be curious, to cooperate and communicate, and to treat each other and the environment with respect.

Each afternoon, I collect my dirty, happy kid who knows far more than I ever will about this land upon which we are lucky to live. 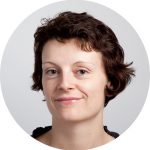 A Dublin native, Emma Prunty studied many years ago in Florence and has since lived in London, New York, Canada and Norway before landing down in Florence again, this time with a family. A translator and editor, she also writes a blog on real life and language at washyourlanguage.com. 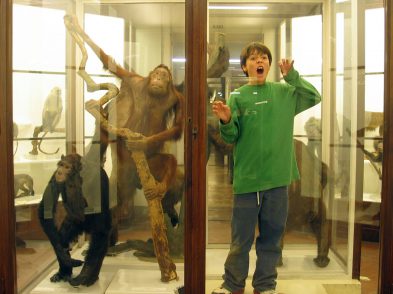 Visiting museums in Florence with kids

Living in a city full of art, you would think that my school-age kids have seen and loved all of Florence’s cultural treasures. But like those of their Italian classmates, ... 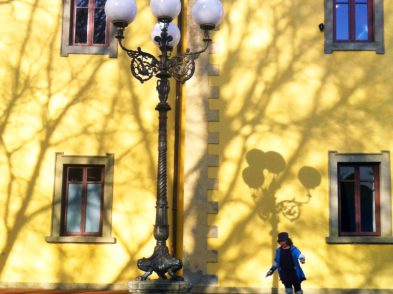 Rollerblading with kids in Florence

As September afternoons begin to cool down and the evenings shorten, my daughter and I often feel the need to get outside after school. Living up the hill in Fiesole, ... 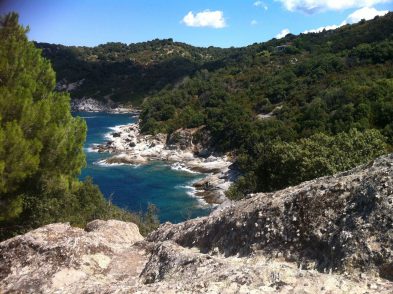 Having lived only in northern climes before moving to Italy, we were beach novices when we touched down in Tuscany one August. After one day in plus-30 temperatures we quickly ...