The Medieval Florence of Brunetto Latini

Discover a medieval Florence hidden from view by the Renaissance splendour in the footsteps of one of its prominent figures: Brunetto Latini.

Every year millions of tourists flock to Florence, eager to visit the home of the Renaissance and the birthplace of literary giants such as Dante. They sign up for one of the many guided tours on offer, showing them the city’s main attractions and museums, but there is another Florence worth discovering, a medieval Florence hidden from view by the Renaissance splendour—in the footsteps of one of its prominent figures, Brunetto Latini. Latini plays a leading part in the two travel apps I recently developed— theflr.net/brunettolatiniapp1 and theflr.net/brunettolatiniapp2—acting as your guide to medieval Florence, teaching you to look at the city through new, unimpeded eyes, scraping away the many layers that have covered up its medieval core. 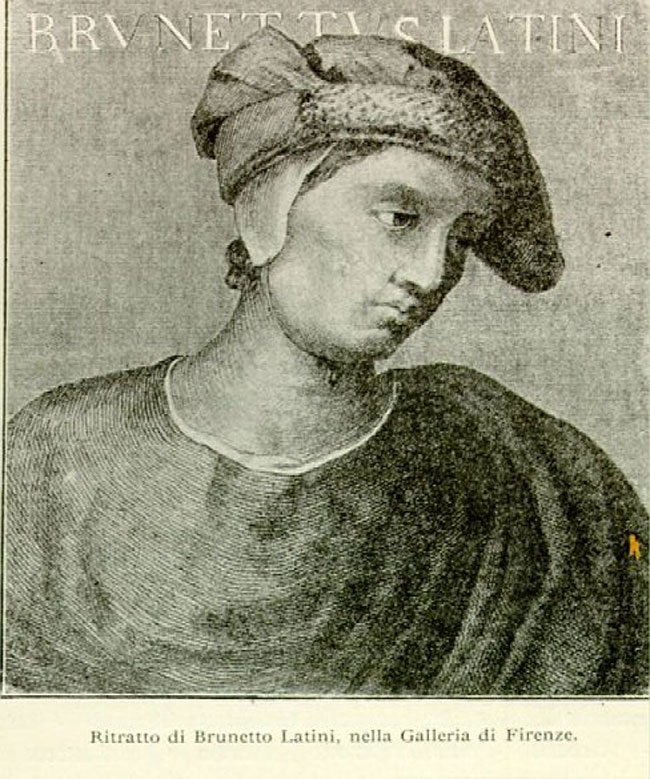 Who was ser Brunetto?

His private life remains enshrouded in mystery. We do not know his exact date of birth (around 1220), nor are there any hard data on his formative years. It is, however, certain that his family home was located in the gate-district of Porta Duomo in the parish of Santa Maria Maggiore. In the chapel of the parish church you can find the marble column that indicated the burial plot of the Latini family. In a 1291 list Brunetto Latini is also mentioned as a notary residing in this very neighbourhood. Brunetto died in 1293, leaving behind three sons and a daughter.

The exact start of Brunetto’s professional involvement in the government of Florence is unknown, although we do know that he played a significant role under the Primo Popolo (1250–60), functioning as a notary-scribe (scriba ancianorum) attached to the highest executive institution, the Anziani, or Elders. The epithet ser refers to this notarial capacity. The foundation inscription of the Bargello, the seat of the Primo Popolo founded in 1255, has also been ascribed to Brunetto, while the Florentine state archives even contain a number of handwritten documents dating back to this period.

The popular regime ended, however, with the Florentine defeat at the Battle of Montaperti on September 4, 1260. While Florence barely escaped a razing, Brunetto had to join the ranks of the fuoriusciti, going into exile in France. Working as a notary for the exiled Florentine elite, he wrote the large majority of his literary works, including Li Livres dou Tresor, the centrepiece of his collected works and one of the first medieval encyclopaedias in the vernacular. This literary production is still preserved in libraries all over the world, including Florence’s Biblioteca Medicea Laurenziana, where you can still discover traces of his works in its magnificent reading room.

The tables of fortune turned again on the battlefields of Benevento (February 26, 1266) and Tagliacozzo (August 23, 1268). As a result, Charles of Anjou, the military ally of the papacy against the Italian ambitions of the Hohenstaufen, became podestà of Florence and a party regime, led by the Parte Guelfa, was put into place (1267–80). This new power constellation caused another exodus, this time of the Florentine Ghibellines, while loyal supporters of the papal-Angevin alliance, such as Brunetto, took up leading offices. Brunetto became head of the chancery (protonotarius) of Charles’ general-vicar Jean Britaud de Nangis (1269–70).

After a failed reconciliation attempt between the Guelphs and Ghibellines in 1280, Florence shifted, again, towards another regime, the Priorate (1282–92). Once more, Brunetto took up high-level mandates, even occupying the office of prior in 1287 and continuing to act as a respected member of various city councils until his death in 1293.

To appreciate Brunetto’s prominence one could start with the words used by his contemporaries. For instance, the subtitle of this article has been taken from the fifteenth canto on the seventh circle of the Inferno. In this well-known canto Dante expresses his shock when he runs into Brunetto, walking among the sodomites under a rain of fire. Despite this surprise encounter in Hell, which has been the subject of much scholarly debate, a deep sense of gratitude towards Brunetto is discernible in the Divine Comedy. Dante honours Brunetto as his teacher, although contrasting opinions on the nature of this teachership have been voiced in modern scholarship. Likewise, Giovanni Villani praises Brunetto in his Nuova Cronica as “the man who refined and polished the minds of the Florentines, both in the arts of speech and writing and in the art of governing their city”. 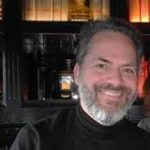 Dr David Napolitano, a British Academy Postdoctoral Fellow at the University of Cambridge, studies Brunetto Latini and his collected works. He loves to investigate and read up on this historical figure and his beloved hometown, 13th-century Florence. For more information, see: https://cambridge.academia.edu/DavidNapolitano.