“Women artists of the past were rare, but those who worked professionally were both hugely successful and incredibly significant,” says Jane Fortune in a recent interview about Invisible, the new perfume by the artisanal perfumery Aquaflor Firenze inspired by her seminal book Invisible Women published by The Florentine Press in 2008 (currently available in a recent reprint).

“We would like to pay tribute to these female painters and sculptors of centuries past,” Fortune explains. “After all, nothing can trigger memory more effectively than a scent. We are trying to trigger the ‘collective memory’, so people will remember that notable women of talent helped make this city great!” 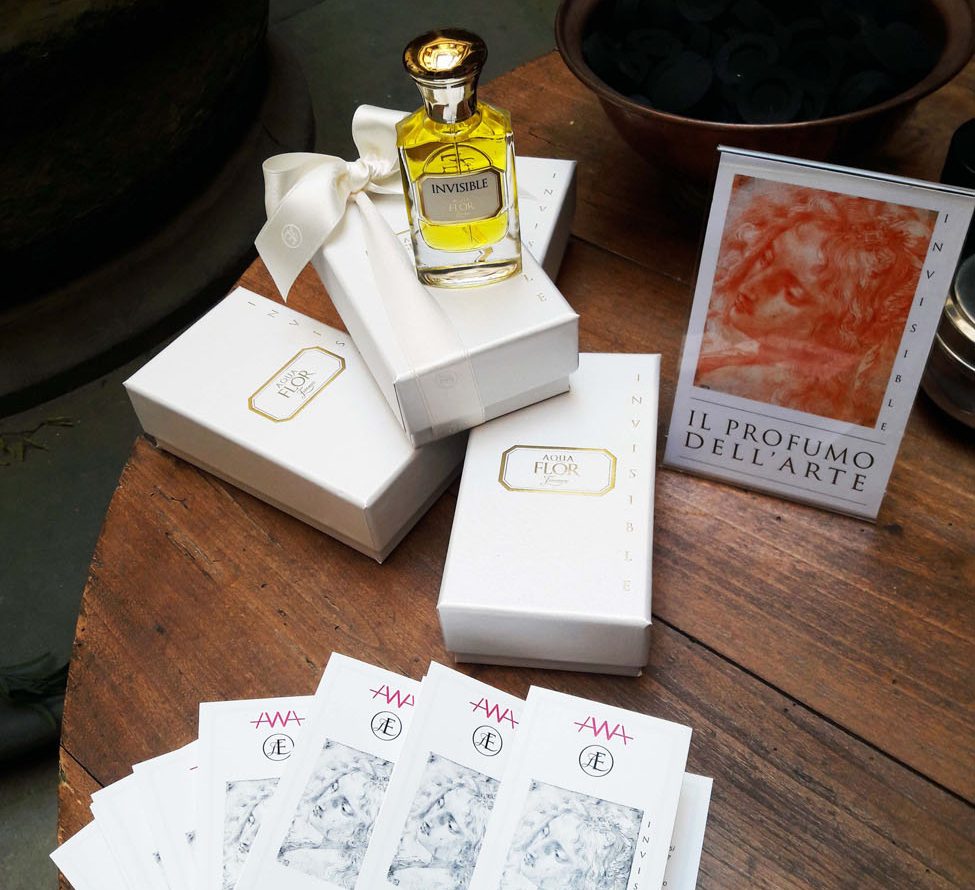 In the Middle Ages, the art of perfume making flourished in the Arab world and was shunned by the Catholic Church, which considered the personal use of fragrance suspicious. It came back into vogue in Europe when Caterina de’ Medici won Paris’ heart with her purely Florentine knowledge of the craft. At a recent “diffusion ceremony”, Aquaflor evoked ancient traditions by burning the essence of Invisible according to a ritual the ancients used to communicate with the Divine. The word “perfume” tells the whole story: it is something shared per fumo, through smoke.

So what does Invisible smell like? Traditional perfumes require a combination of 30 to 80 scented elements, usually selected from over 200 natural essences. Aquaflor’s latest creation combines hints of violets, rose and iris, with a fruity middle note of apricot. But its most intriguing ingredient is Osmanthus, a rare Indian flower—considered one of the world’s most precious blooms. It also has a surprising hint of varnish (reminiscent of restoration!), which creator Sileno Cheloni calls the perfume’s “visible” note. Fleeting though it may seem, wearing Invisible translates into a visible gesture—proceeds from its sale support the restoration of art by women in Tuscany.