Bill Homes stands out from the herd, so to speak. 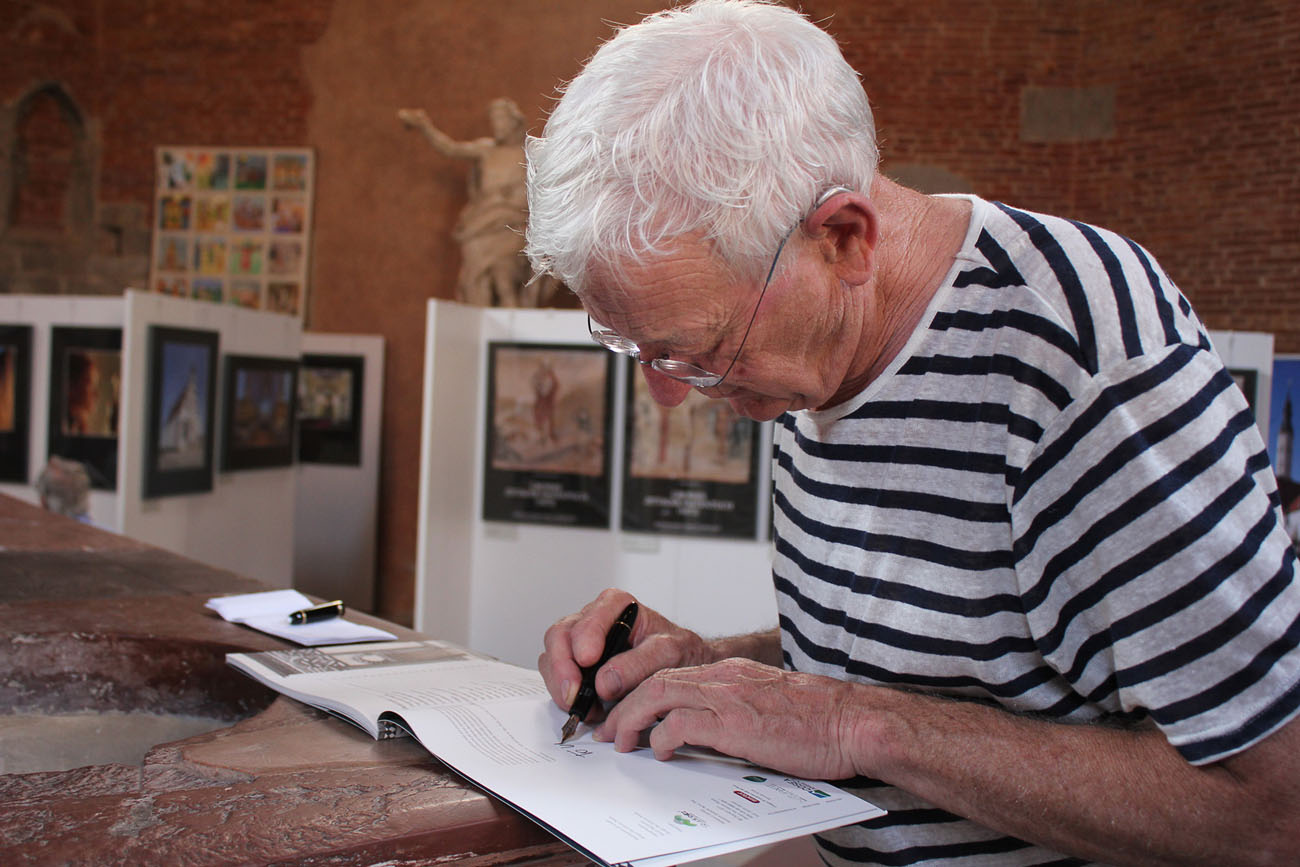 The good-natured Englishman, an architect, author and Professor Emeritus at South Bank University, now resides in Porretta Terme—not exactly a typical choice for Bel Paese retirees from afar. And it’s Pistoia—hardly a household name, despite its status as Italy’s 2017 Capital of Culture—that grips his scholarly interest these days, as seen in his new book, The Zebra-Striped Churches of Pistoia (Le Chiese Zebrate in Pistoia), published by Giorgio Tesi Editrice.

Homes’ affection for Pistoia, at first, was not particularly academic. His initial trip in the early ‘90s was “like meeting a new acquaintance,” he recalls, and “{it took a while} to decide whether I liked him and wanted to know him better.” Theirs was not a relationship with any real cultivation behind it: Pistoia was simply the town closest to where Homes and his wife had rented a cottage for “the long summer vacation of the university lecturer,” he grins. But he quickly found it to be “a convivial town to which one could add some important cultural attractions.”

Through subsequent summers spent on the border of Tuscany and Emilia-Romagna, where Homes could better study the region’s traditional mountain buildings—always a point of interest—the couple met vacationing Pistoiesi, escaping the city’s August heat. Increased familiarity with the city’s people brought about a friendship with, and general curiosity about, the place itself. 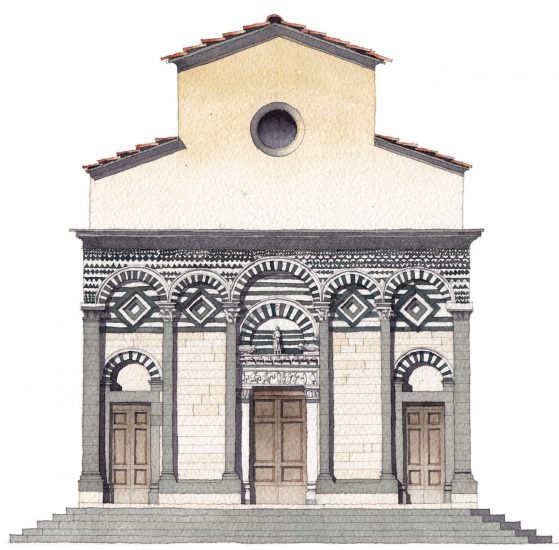 But it’s the serpentine duets of white and green marble found on various city facades that have kept drawing Homes back to Pistoia. And, fittingly, that he kept drawing—hence how the book was born.

The book explores, through text and original drawings, these extraordinary buildings and the impact they have made on the city’s aesthetic and urban fabric. Homes aims to celebrate not only the churches themselves, but the very idea of the handmade drawing.

Sketching the zebra-striped churches was akin to “completing a puzzle,” Homes says—a process that revealed how the churches were simple in their composite shapes, yet made up of complex elements: blind arcades, lozenges, lintels, capitals and, of course, stripes.

Given their prominence, these zebra buildings just might be the “corner pieces” in Pistoia’s own urban jigsaw puzzle.

Request a copy of The Zebra-Striped Churches of Pistoia (also available in Italian) by emailing contatti@giorgiotesigroup.it.