A new campaign aimed at informing tourists about correct behaviour in Florence was presented today at Palazzo Vecchio by tourism superintendent Anna Paola Concia. The hashtag #enjoyrespect is being developed by each of five art cities that are currently part of a collaborative initiative with the support of culture minister Dario Franceschini: Milan, Venice, Florence, Rome and Naples. The first to present the claim, alongside a communications and integration plan, was Venice, on July 13, 2017. 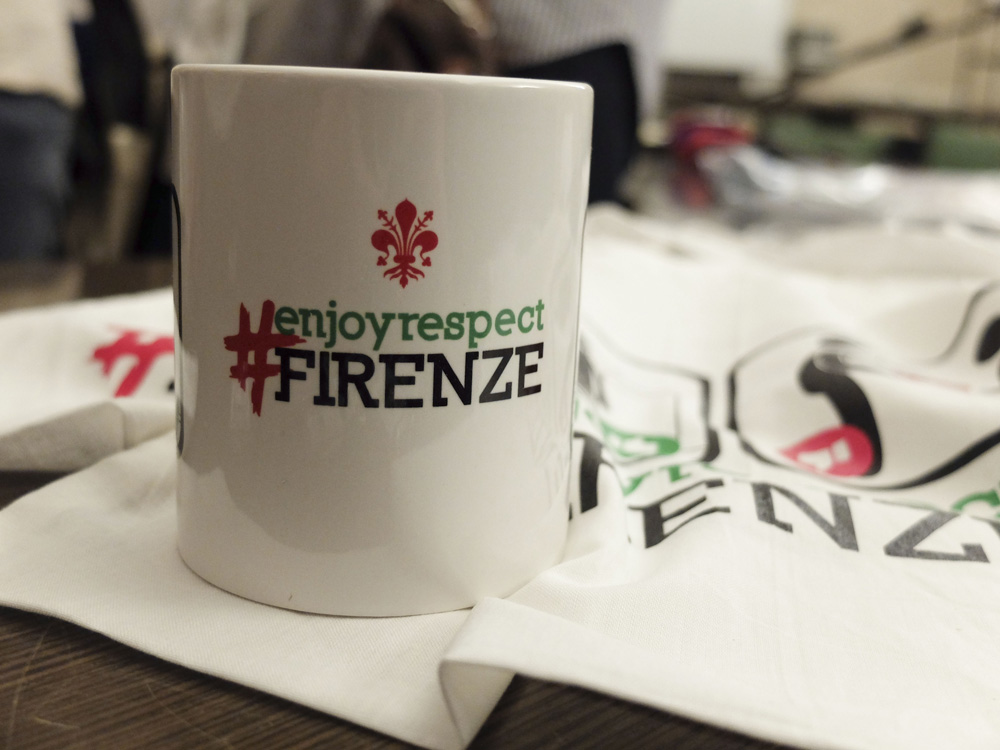 The new campaign comes with gadgets

“People come to Italy thinking they can do whatever they want here, but it’s time to let them know that they should act as they do at home; that Florence is a beautiful city that needs to be preserved and this is a responsibility that falls also to our visitors,” said Concia. The plan presented today is in its infancy, currently simple points of basic behaviour to be respected, involving the cleanliness and hygiene of the city, the monuments and its residents. Most of these actions are not only impolite but punishable by Italian law. A social media campaign with videos aimed at informing visitors about many aspects of the city before they visit will run alongside these rules, in the hopes of creating a welcoming rather than prohibitive environment. 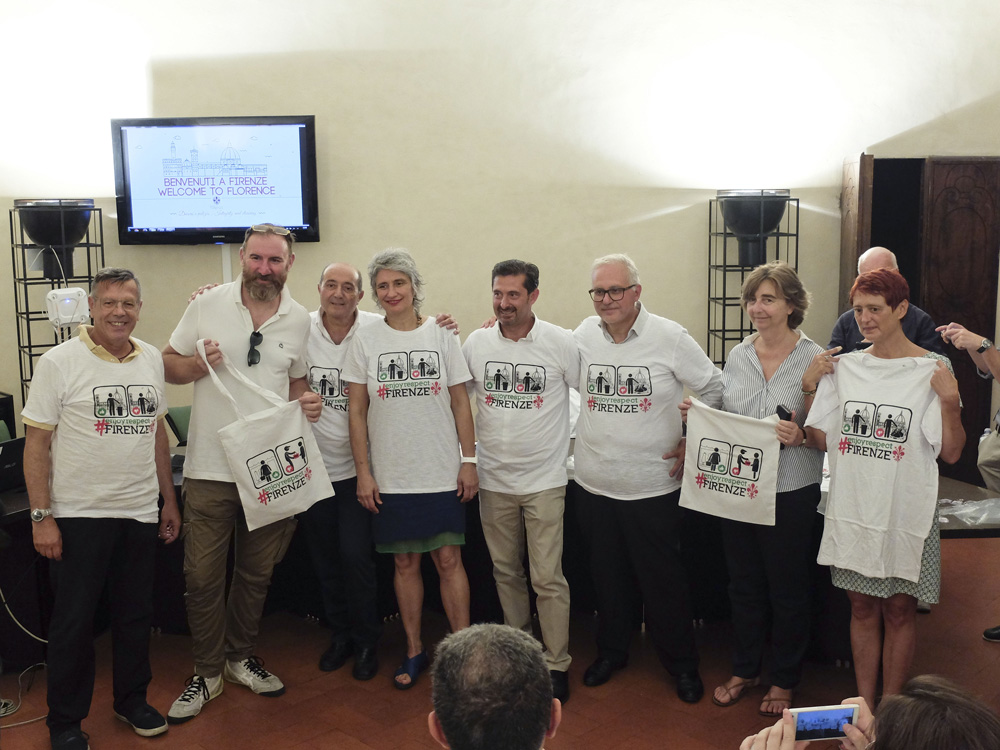 Presented at Palazzo Vecchio on August 10 2017

Graphic representations of the first rules have been released, but the project in general is to be considered a work in progress as new guidelines will be added to through collaboration with stakeholder associations such as those of restaurateurs, hoteliers, commerce, tour guides, etc. The intention is to have a slogan and concept that will continue through time – this is not, Concia affirmed, a short “spot” but something that will be permanent. 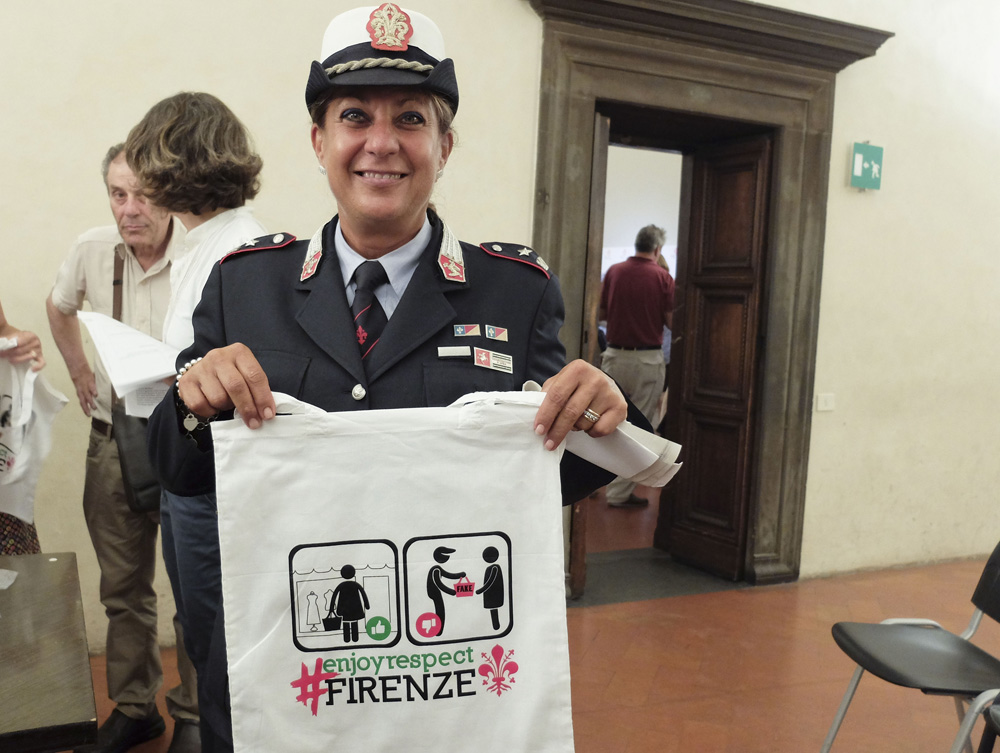 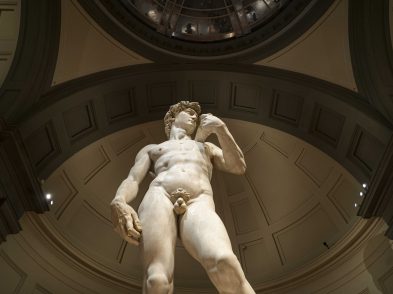 The Renaissance masterpiece and the adjoining rooms at the Accademia Gallery all boast state-of-the-art, energy-saving lighting systems.