Gurdulù is a glamorous restaurant with gourmet aspirations in the Oltrarno’s via delle Caldaie, a few turns from piazza Santo Spirito.

On the dusty shelves of my school library a plastic-wrapped edition of Italo Calvino’s Invisible Cities sat unthumbed. I checked it out to the kindly librarian’s astonishment, having worked my way through the usual suspects: Ian McEwan’s Amsterdam, Eliot’s Middlemarch and Flaubert’s Madame Bovary. Fast forward 20 years to Florence and eccomi eating at an upscale restaurant named after one of the characters crafted by the Cuba-born Italian writer.

Gurdulù is a glamorous restaurant with gourmet aspirations in the Oltrarno’s via delle Caldaie, a few turns from piazza Santo Spirito. Gurdulù, in Calvino’s The Nonexistent Knight, is an instinctive type, a vagabond who loves to wander—surely the best approach to exploring the maze-like backstreets on Florence’s South Side. Those who dine at Gurdulù are adventurers too, of the culinary ilk, although they are likely to have done their research and booked a table. 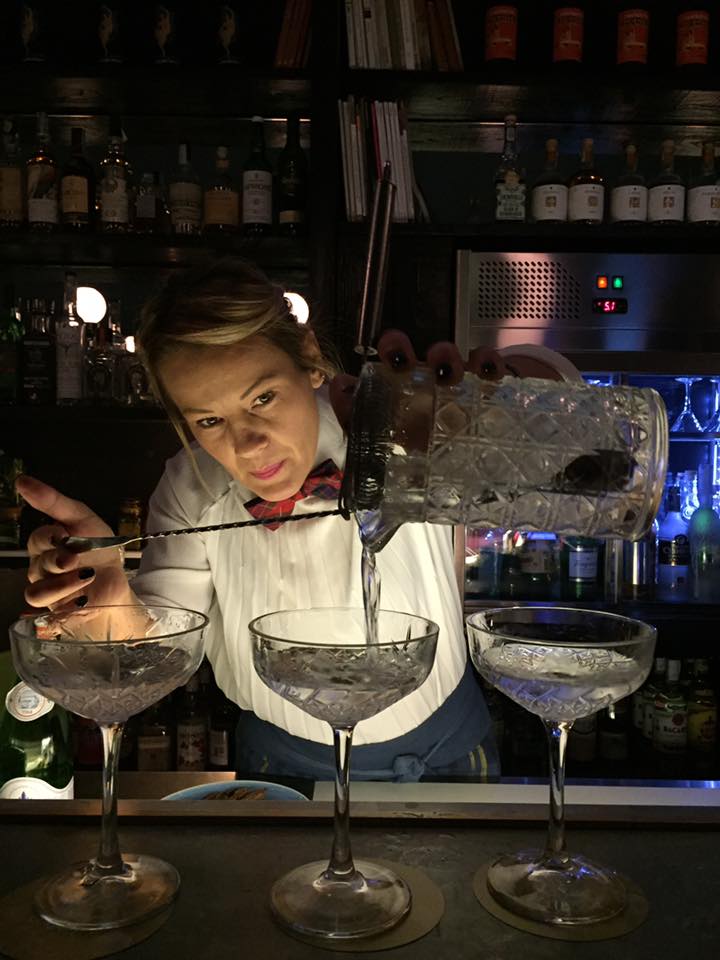 Glitzy as any high-end establishment in any cosmopolitan city, the bottle-lined bar, sectioned by liquor type, summons you straight over to the full-length counter. Fresh from six years in New York, the energetic new bar lady Cristina Bini shakes and stirs striking aperitifs and after-dinners, as well as food-flexible cocktail pairings. Santo Spirito sees Tuscan Sabatini Gin stirred over ice and strained into a weighty goblet with an oak chip infused with pink grapefruit essence, while Bini’s signature drinks include Bloody Moon (vodka, tomato juice, Worcestershire sauce, Tabasco, salt, pepper, whole-grain mustard and vegetable broth) and Do you remember last night? (quinine elixir, pisco, rosemary and tonic water). A word to the wines: while Tuscan producers are present on the list, Gurdulù proffers opportunities to taste niche Burgundy labels—the Jérome Chezeaux Bourgogne Blanc 2014 is a steal at 36 euro. (Check out the restaurant’s Facebook page to find out more about their wine dinner series. This month’s featured agronomist Federico Staderini of Podere Santa Felicita, in Casentino.) Glass in hand, dinner is served. (If you can, nab the long, lacquered table with the Hopperesque backlit view into the kitchen.) Chef Gabriele Andreoni, formerly Il Santo Graal and Villa Cora, is a culinary Calvino, playing out a game between himself and the diner, or himself and a concept. The revelries begin with Scampi, verbena, black salsify and bottarga (18 euro), a delicately flavoured starter that set the tastebuds dancing, served with a soul-soothing scampi consommé on the side in an espresso cup. Next up is a pretty dish of ricotta gnocchi, anchovies and beetroot pearls (16 euro), as Instagrammable as it is delicious, although the gnocchi were a touch too gelatinous. 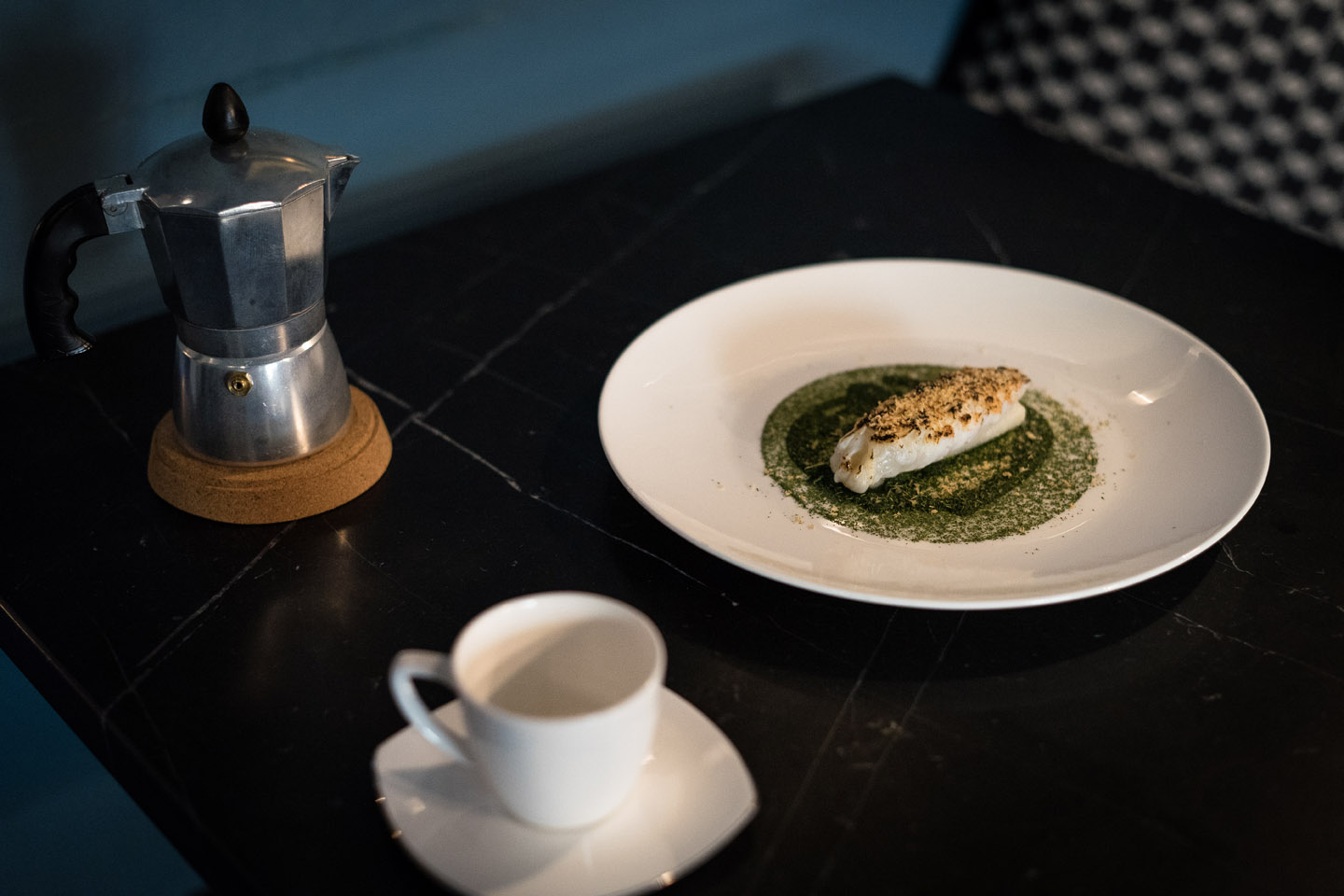 Rigatoni, poppa, pepper and lime (16 euro) is the chef’s signature dish. Is there any other top-end restaurant in Florence daring enough to serve poppa? Lampredotto is ubiquitous, as a gourmet panino or reworked as a raviolo, but cow breast, with its lingering milkiness, is nowhere to be found. Andreoni has put one of the city’s oldest street foods back on the Florentine food scene: “I wanted to do a dish with poppa. I cooked and chopped it, and its milkiness made me think of cacio e pepe, the traditional Roman cheese and pepper pasta dish.” Lime is the perfect play off: moving the flavor away from maternity and into modernity.

In a city that often disappoints on the dessert front, a shoutout must go to Californian pastry chef Christine Palmer for the perfect dolce that silenced and delighted the table. Caramelized banana, peanuts, milk chocolate and passionfruit (10 euro): need anything else be said?

By the way, I didn’t much care for Invisible Cities. A “moveable feast”, down an Oltrarno backstreet, is far more up my alley, it turns out.

Helen Farrell was a guest of Gurdulù during the autumn menu press dinner.