Savouring the Swiss secrets of Pontremoli

Lunigiana is about as far north as you can go in Tuscany and still be in Tuscany. And Pontremoli is its northernmost comune. At this time of year, the high Apennines in the distance are covered in snow and the austere walls of the castle of Piagnaro above the town remind us of more troubled times. But a visit to Pontremoli is well worthwhile not just to ponder past civilisations, nor simply to saunter through the narrow streets and pleasant piazzas of the old town, but also to discover a delicious Swiss secret more than a century old.

When we visited in mid-November, a bitter winter wind tugged at our coat-tails as we crossed the pedestrian-only hump-backed bridge across the Magra river to the gatehouse arch. But inside, the narrow streets protect you from the wind and the small town welcomes you to its heart. Traversing Pontremoli’s historic centre takes no more than about four minutes. More, of course, if you want to gaze in the windows of the Christmas shops; less if you are in a hurry to savour the Swiss secret. 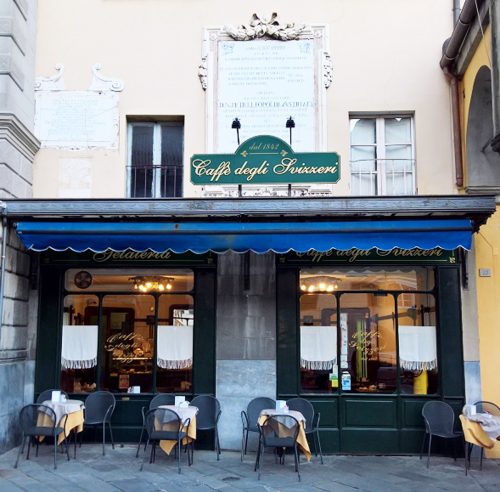 We fit the latter category. Our destination is in the corner of piazza della Repubblica: the Caffè degli Svizzeri, or ‘Swiss Café’, and its associated pasticceria. Step inside and you step back 100 years, for here is a perfectly preserved café interior dating from the beginning of the 20th century, in Liberty style (or Art Nouveau), every detail from floors to ceiling, walls and lighting, bar front, tables and chairs, exactly as it was in the early decades of the 1900s.

It may seem strange to have a Swiss café in the depths of rural Tuscany, but the one in Pontremoli is by no means unique. Nearby Fivizzano has a Caffé Elvetico (and even a Swiss cemetery) and other towns in northern Tuscany have Swiss grocery stores and café-bars. The scattered Swiss influences date back to the mid-19th century when, following the upheavals of the Napoleonic wars, many impoverished Swiss left their mountain homes to seek their fortune in the more prosperous Tuscany, settling in the market towns along the trading routes. Among them, arriving here in the early 1840s, were the Aichta brothers, from the Canton of Grisons, who first established a grocery store which also sold pastries and liquors and who were later joined by another Swiss, Meinrad Steckli. The business expanded to embrace a café next door and to enjoy the Art Nouveau, Liberty style make-over in the 1920s. Today, Elisabetta Mauri Steckli, representing the family’s seventh generation, runs the business and jealously guards the secret recipes of its two most famous products: amor and spongata. 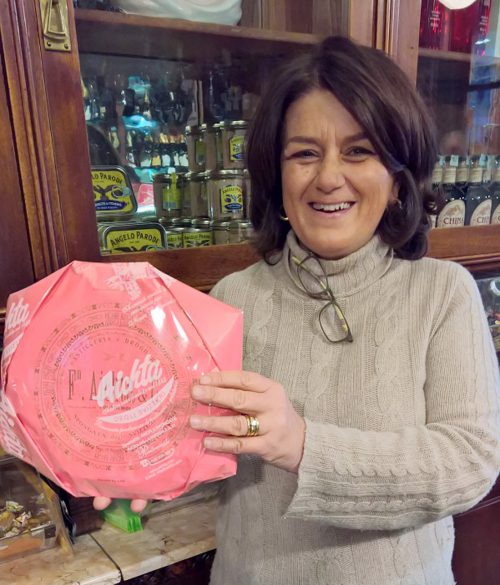 First we tried amor, a Chantilly cream confection held between two chewy wafers, delicious with your morning cappuccino. And then the capolavoro of the Swiss café, spongata, a flat round cake of thin pastry dough filled with honey, almonds, raisins and spices. Although traditionally a Christmas treat, it’s eaten year-round now, and all round the world: even as I write hundreds of expatriate Pontremolese families from Milwaukee to Melbourne, London to Los Angeles, are keenly awaiting shipment of this year’s spongata. And my British expatriate family in Florence will be savouring Pontemoli’s Swiss secret, too. 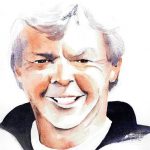 Bill Breckon, an English author, journalist and broadcaster, lives in Florence and also owns the Watermill at Posara in Lunigiana in rural Tuscany, a cultural centre for painting holidays with renowned international tutors, as well as creative writing, Italian language and knitting weeks and yoga retreats. 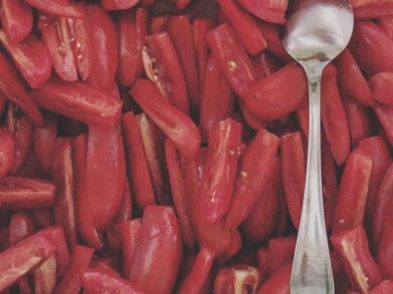 Do you know your sugo from your salsa? Pellegrino did! Various editions of Pellegrino Artusi’s quintessential Italian cookery book, La scienza in cucina e l’arte di mangiar bene (Science in ...