The war on bags

While Italians were ringing in the New Year with auguri and prosecco, a battle was brewing in the background. As of January 1, vendors are required to charge for biodegradable bags used to contain fruit and vegetables, which replace the plastic bags that were determined not to be sufficiently environmentally friendly. The announcement sparked a wave of protests: the masses posted meme after meme on social media. Some resisters have taken to weighing and labelling each item individually to make a point about taxing “everyday life” and blame has been cast in the likeliest of places, politics.

With the ire this policy decision has unleashed, Italians have been left to wonder about the reasons behind it and what could have caused such a polarizing change to the nationwide grocery-shopping culture. 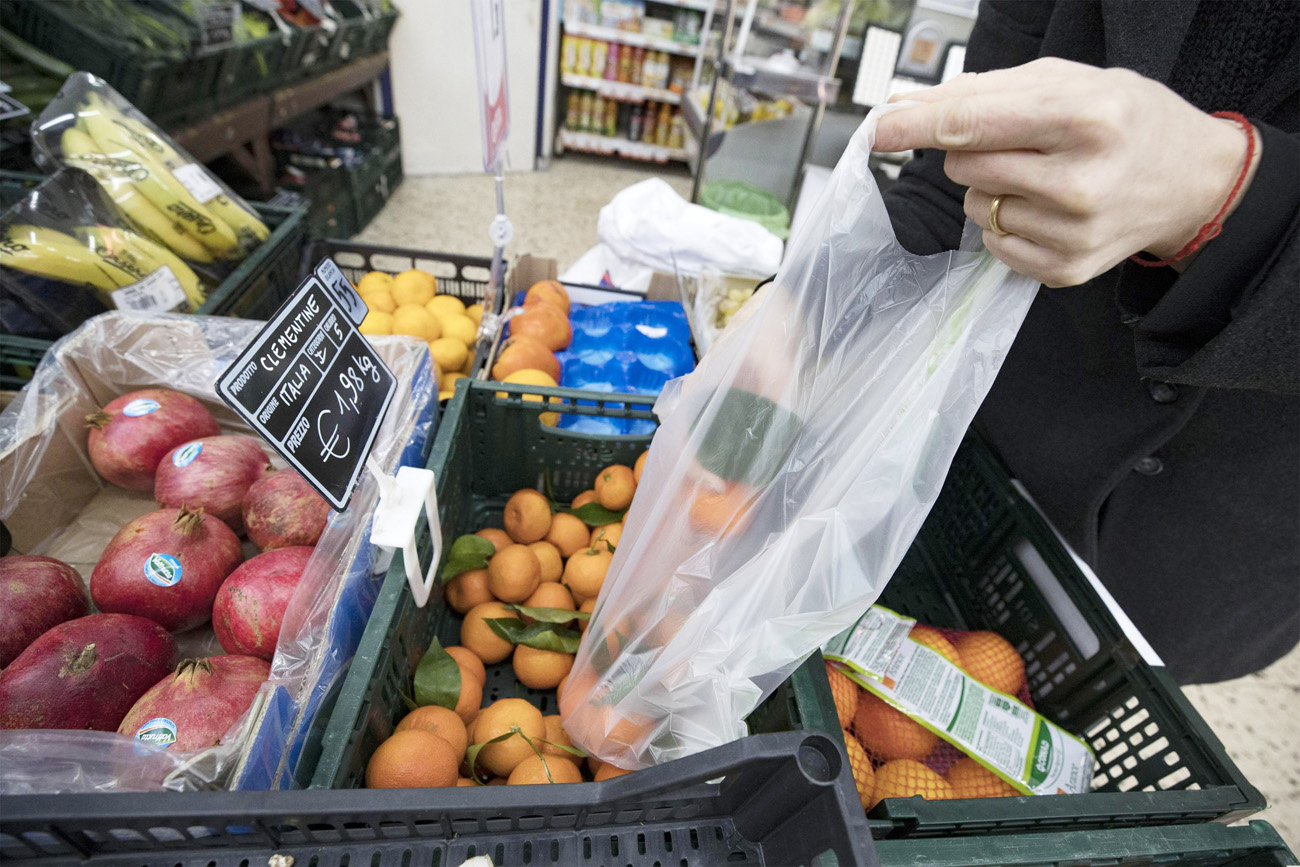 At the base of this debate lies Law 123/2017, which states that “with the exception of the commercialization of biodegradable and compostable plastic bags, the commercialization of ultralight plastic bags is forbidden”. Furthermore, it has been decreed that “ultralight plastic bags cannot be distributed for free and to this end, the sale price of single units must be listed on the receipt or invoice for the purchase of the goods and products packaged within them.”

To comply with the new law, vendors are now required to add a few cents more to the final sale total for each bag used. For some, this is a question of principle, an issue of being taxed for going about your daily life or being charged for a bag even when you don’t use one, which appears to be the case in supermarket chains that weigh the products directly at checkout. The Osservatorio di Assobioplastiche has analyzed the cost of this change to customers, calculating that between 4.17 and 12.51 euro could be added to an Italian household’s annual grocery spending. A small price to pay for saving the environment, some might say.

Nonetheless, there are those who have challenged the decision as politically motivated. Word quickly began to spread that the change would benefit an “ally” of former prime minister Matteo Renzi, namely Novamont, a Italian market leader in bioplastics and rumoured to be the only producer of the biodegradable bags going into use, thus the only one to profit. The rumour was swiftly dismissed by Legambiente, Italy’s environmentalist association: “Today there are at least a dozen chemical companies in the world that produce compostable polymers used to make bags and other things. An internet search will reveal chemistry giants in Italy, Germany, the United States and South East Asia that produce bioplastic bags.”

Renzi himself took to Facebook to comment on these accusations, stating, “For those accusing the Parliament of enacting this law in order to favour a friend of the Democratic Party, I’d like to remind you that in Italy there are about 150 companies that make bags produced from organic materials. There are a total of 4,000 employees and around 350 million euro in revenue. Instead of crying conspiracy, we should help create new companies in the Green Economy sector and not leave the future in the hands of our international competitors.”

Considering the change only went into effect this month, it’s too early to say if these attempts at resistance will amount to anything. But it’s safe to say that there may not be much resistance on the part of the vendors, who risk a fine of 2,500 to 25,000 euro for non-compliance.

It should be borne in mind, however, that options are being weighed for the future. Gian Luca Galletti, Italian minister of the environment, explained that his team “is checking with the ministry of health on the possibility of allowing consumers to use bags brought from home as a substitute to the ultralight bags, convinced as we are that the best waste is no waste.”

As the decision undergoes review, Italy waits—and continues to react.