Booker T. Washington suggested that success should be measured not by one’s station in life, but “by the obstacles overcome while trying to succeed.” Celebrations of Black History Month around the world—the observance officially takes place in the United States, the United Kingdom, Canada and the Netherlands—aim to illuminate the experiences, achievements and struggles of black citizens, but frequently fall short in representing cultures outside the African-American tradition. With its third edition currently underway, Black History Month Florence embraces a broader approach. 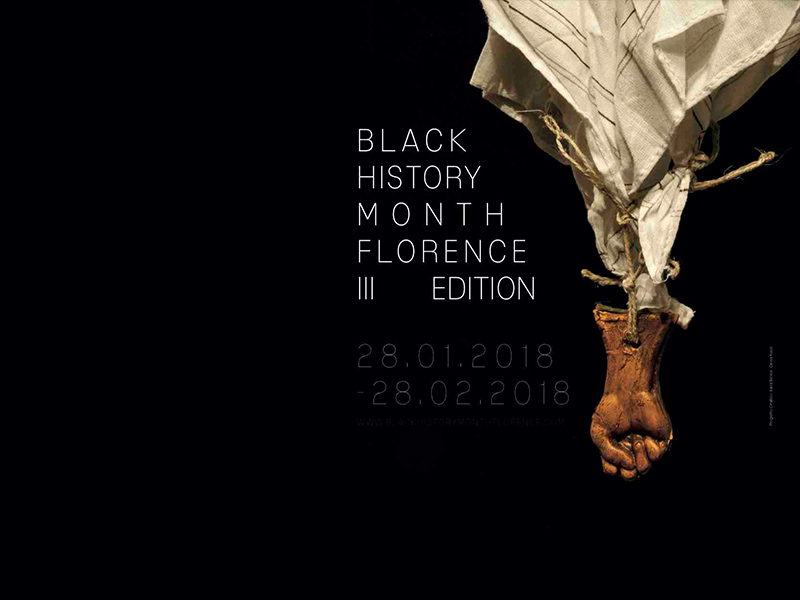 What is Black History Month?

Black History Month’s origins go back to February 1926, when Harvard-educated historian Carter G. Woodson, founder of the Association for the Study of Negro Life and History, aimed to spread awareness of African-American contributions to society by introducing the first Negro History Week. In 1976, under President Gerald Ford, it was expanded to a month, concurrently with celebrations of the United States’ bicentennial.

BHMF was founded in 2016 by Justin Randolph Thompson and Andre Halyard in collaboration with Andre Salvatore Mi, with Janine Gaëlle Dieudji and Matias Mesquita joining the team in 2017. In a marked departure from the general scope of United States observances, BHMF focuses not just on African-Americans, but on communities from Africa and its diaspora in Florence and throughout Italy. 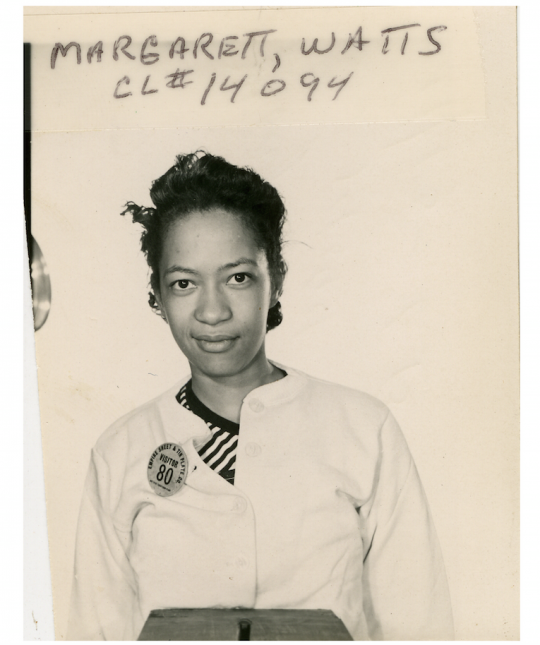 “Black is the color of my true love’s hair/His face so soft and wondrous fair,” Nina Simone once sang. The R&B-jazz icon’s ballad and its explicit reverence for blackness inspired the title of this photography exhibition, which opens on February 2 at 5pm at the former convent of Sant’Orsola. Through the work of artists Martina Bacigalupo, Joana Choumali, Adji Dieye, Kevin Jerome Everson, Délio Jasse and Tommaso Tancredi, the exhibition explores the myriad meanings enmeshed in identity document photographs—the implications of belonging and community; the inherent problems in the standardized viewing of such documents; and the cementing of legal status, prompting reflection on all those still aspiring to it. Curated by Janine Gaëlle Dieudji and Justin Thompson, with support from the nearby Fondazione Marangoni and Elettra Officine Grafiche, the show is placed in direct, poignant dialogue with its site, the bricked-up, abandoned windows of Sant’Orsola, where it will stay on view until March 1. 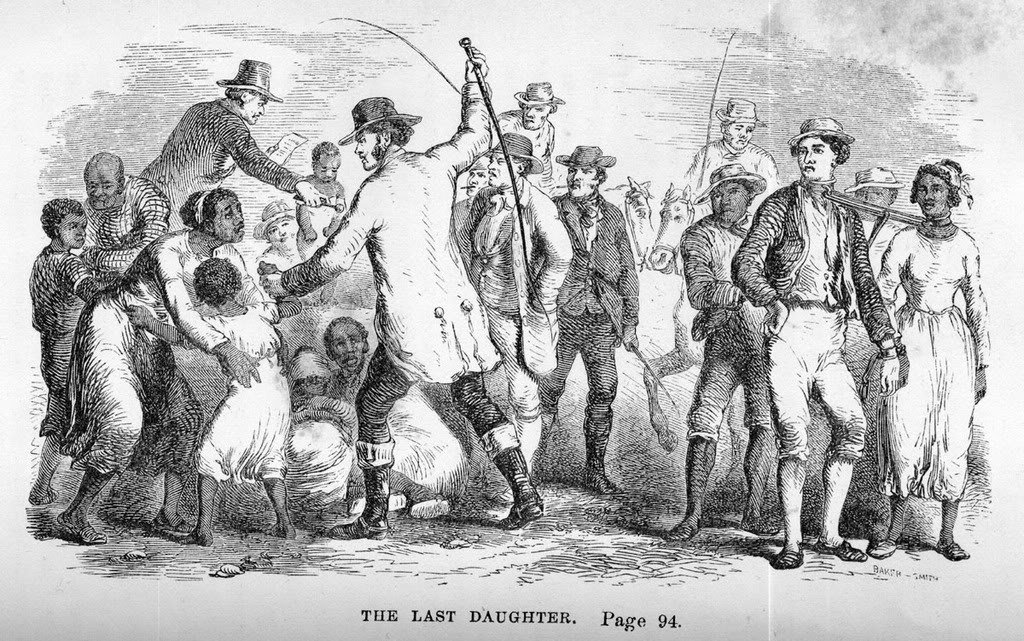 Julia Bolton Holloway, charismatic custodian of Florence’s English Cemetery, will introduce visitors to the grounds before a scholar-led tour through the tombs of some of the famous abolitionists buried here. Novelist Elizabeth Barrett Browning is among them: it may surprise some to know that she came from a wealthy Jamaican slave-owning family, and was herself part black. Other figures featuring into the tour include Theodore Parker, Frances Trollope and Richard Hildreth. In discussing the topicality of the tour, Holloway, who works extensively with Florence’s Roma population, stresses that today brings new incarnations of the same battles, highlighting the parallels between the ruthless separations of Roma families and those of black slaves in the United States.

To whom it may concern at SRISA
// February 14-March 3 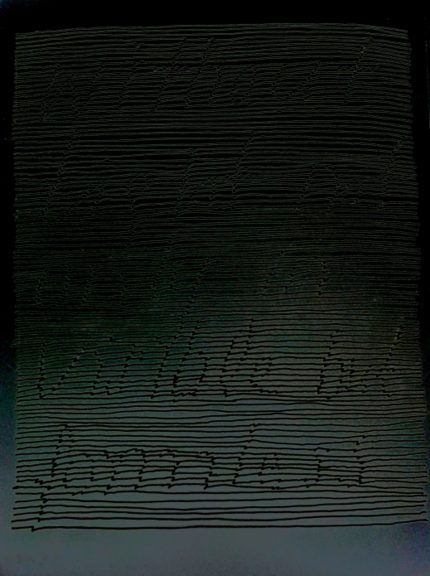 SRISA’s gallery in via San Gallo has teamed up with Radio Papesse and BHMF for To whom it may concern: A belated and sonorous register, an original, site-specific sound installation by 2015 Villa Romana fellow Anike Joyce Sadiq and author-artist-stylist-DJ Sinethermba Twalo. Billed as a “soulful smokescreen,” the duo’s installation comprises two turntables and a smattering of hijacked AV equipment. Expect minimal visuals and maximum commentary: the work plays with the idea of blackness as a trope. Through auditory experience and its abrupt, “scratched” conclusion, To whom it may concern provokes thought about the concepts of “sampling”, cultural mashups and appropriation. See and hear the spectacle in good company at the vernissage (February 14, 7pm).

NYU Florence’s wide-ranging La Pietra Dialogues series will host four BHMF talks: we’ve selected two highlights. Cécile Fromont, scholar and professor of African art and architecture at the University of Chicago, will give the first, titled “Common Threads: Cloth, Color, and the Slave Trade in Early Modern Kongo and Angola”. Fromont’s lecture is set against the backdrop of west central Africa during the slave trade, exploring intersections of religion, power and slavery through two types of cloth. The following day, Villa Sassetti hosts Mauro Valeri of the Department of Equal Opportunity in Italy’s Council of Ministers, who will speak on “Black Italians: A History that Still Needs to be Written.” Valeri’s talk will be given in Italian with live English translation. Booking is required for both events: email lapietra.dialogues@nyu.edu. 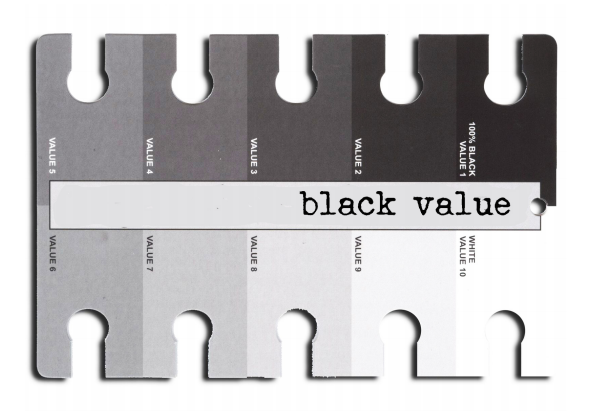 Primed to be a cornerstone of this year’s BHMF, Black Value is an art exhibition co-organized with The American Academy in Rome and supported by the Galleria Continua in San Gimignano (and satellite locations around the world). Opening on February 8 at 6pm at the Fondazione Biagiotti Progetti Arte, Black Value brings together past and present Rome Prize Fellows—Sanford Biggers, Abigail DeVille, Kevin Jerome Everson, Lyle Ashton Harris, Beverly McIver, Senam Okudzeto and Nari Ward—all linked by their exploration of marginalized communities and individuals in shifting socio-cultural landscapes. Uniformly informed by their perspectives as US nationals abroad, but hardly monolithic, the fellows and their selected works comment on blackness in a global context, challenging viewers to think about societal definitions of value and, in turn, to reassess their own.

Make Art, Not Walls at the British Institute

The BI’s Harold Acton Library invites members* to join a guest speaker in navigating the murky—or are they?—waters of migration issues. “Make Art, Not Walls” will feature a presentation by Italian-Australian artist Virginia Ryan. A painter, photographer and sculptor who studied in Canberra and Edinburgh, and now works between Italy and West Africa, Ryan’s work regularly benefits from her longtime collaborations with artists, musicians and anthropologists. A screening of Matteo Ferrucci’s and Bernardo Angeletti’s The Art of Migration (English with Italian subtitles) will follow the lecture.

This is Congo at Cinema La Compagnia 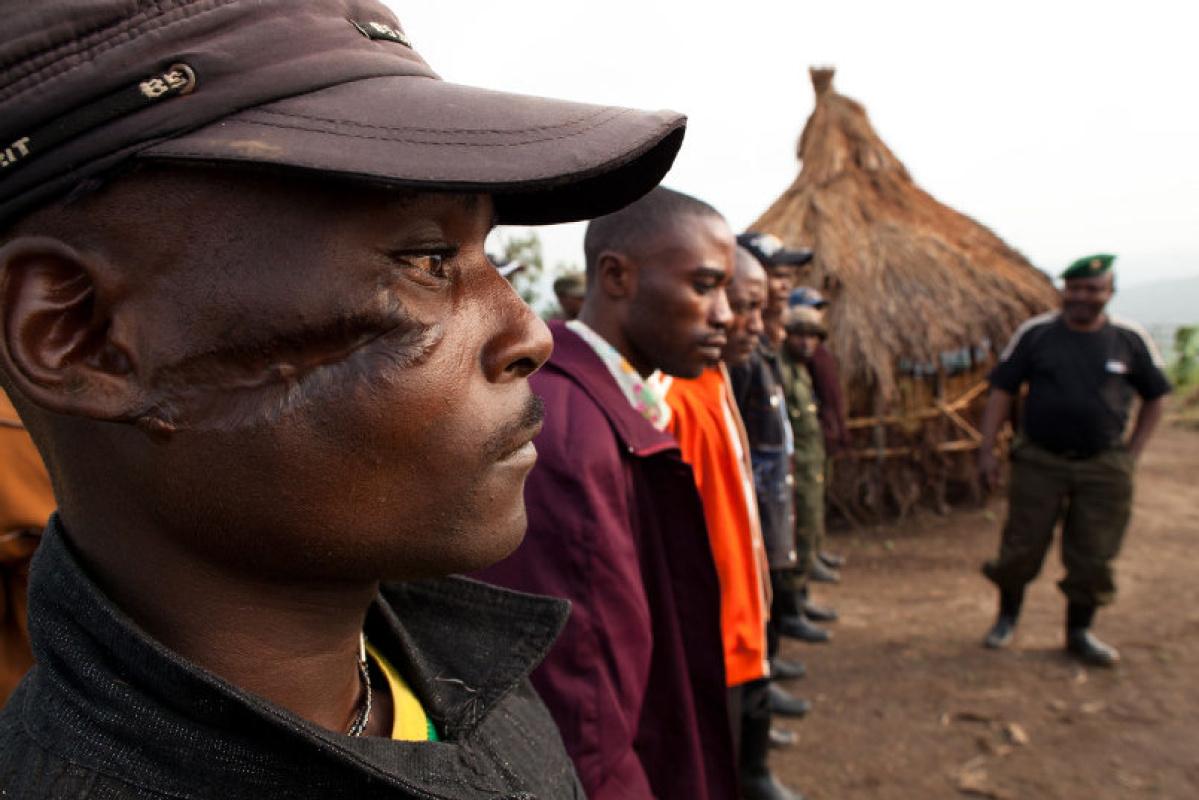 The debut documentary film of American photojournalist Daniel McCabe, This is Congo takes an intense, uncompromising look at the underreported conflict in the Democratic Republic of the Congo through the stories of both soldiers and civilians. The film premiered in Venice in September 2017 to mixed reviews, with Variety calling it both a “busy, absorbing study” and one that “sets itself a bar it can hardly hope to meet in just 90 minutes.” Shown in original language (English, French, Swahili, and Lingala dialogue) with Italian subtitles, the screening is part of La Compagnia’s Documentary Month (Mese del documentario) series, overseen by the Associazione Doc.it. 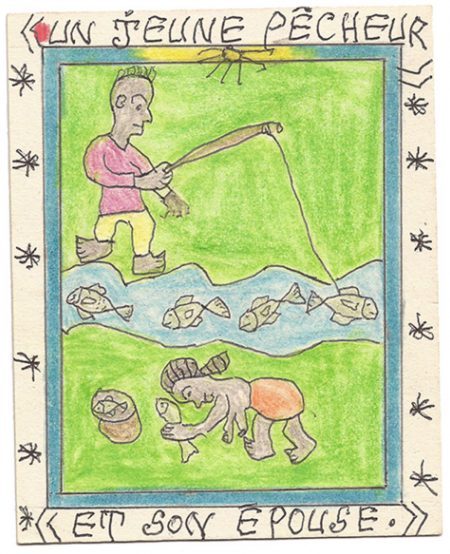 Curator Antonella Pisilli of Kyo Noir Gallery in Viterbo, which spotlights contemporary African art, brings together a selection of drawings by the late Frédéric Bruly Bouabré, an Ivory Coast native known for his symbolic imagery, largely inspired by the folklore of his homeland, and his probing into the histories of Africa. Bouabré’s legacy is also tied to his second identity as Cheik Nadro, literally translated as “he who does not forget”, and an embodiment of the philosophical principles that guided him. The opening reception will take place on February 8 at 6pm. 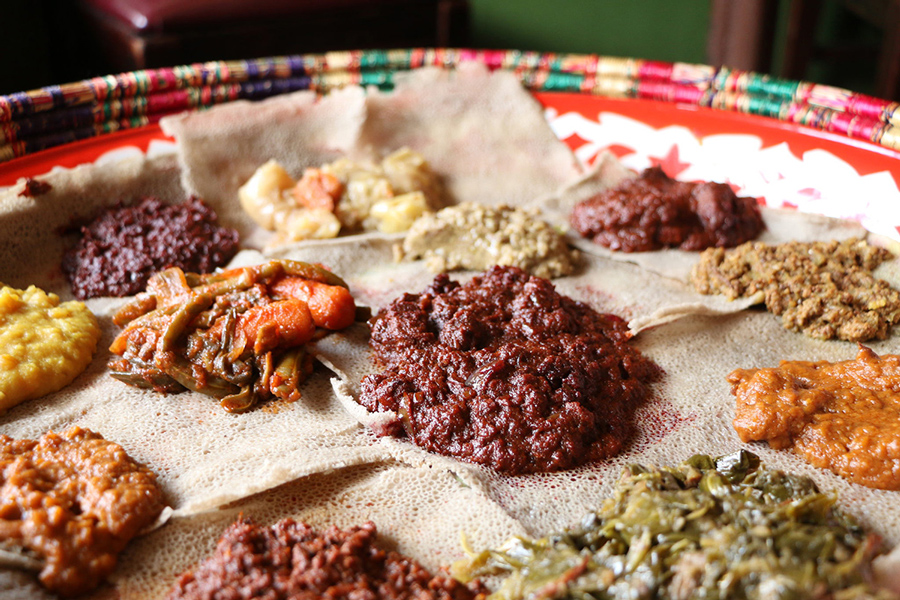 Chef Almaz Mehbrahtu Burule is the famous face of Florence’s Eritrean-Ethiopian eatery Corno d’Africa (see our BHMF Business Spotlight), a foodie favorite in the San Iacopino area. She brings her culinary wizardry to Cucina LdM at the Mercato Centrale for a lesson a little outside the institute’s standard repertoire. Eight lucky participants (book fast!) will learn the fundamentals of Eritrean-Ethiopian cuisine under her guidance, including the ever-important coffee ritual. On the menu are appetizers (tabulle, sambusa), meat dishes (zighini is the most-requested meal at Almaz’s restaurant), and sides (shiro, tum’tumo), all paired with injera, a spongy flatbread central to Ethiopian tradition. Reserve your spot here.

Out of town highlights

BHMF partners in Pisa, Bologna and just up the road in Settignano extend the initiative’s reach beyond the Renaissance city. New York English Academy in Pisa will host an original language screening of Academy Award for Best Picture winner Moonlight (February 2, 7pm, info@newyorkenglishacademy.com), a poignant coming-of-age tale based on the play In Moonlight Black Boys Look Blue. Later literature moves to the forefront with an English reading of contemporary African poetry at the same venue (February 16, 7pm). Get moving on February 10 (2-8pm) and 11 (10.30am-4.30pm) at Nijinsky dance school in Settignano: the Giguywassa company will present two days of African dance and percussion workshops for beginners. Finally, Bologna’s Bravo Caffe’ brings the good vibes with concerts on February 8 (Carmen Souza) and February 17 (Jennifer Phillips).

View the full program for Black History Month Florence 2018 on the BHMF website and follow the Facebook page for updates. Check out our BHMF business special here. 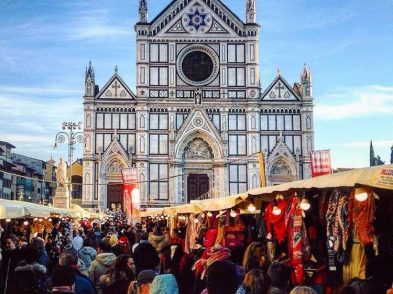