The powerful Albizi family whose German roots dated to the time of the Holy Roman Emperor Otto III made its considerable fortune out of importing and selling French wool and in banking. After initially settling in Arezzo, the Albizi—whose name in Old High German derived from albiz, meaning “swan”—transferred to Florence in the 12th century to further their commercial interests. The family’s participation in the Revolt of the Ciompi led to exile from 1378 to 1382, but upon their return they played an important role in extending Florentine control over much of Tuscany until the Albizi influence was eroded by their historic enemy, the Medici.

In 1838, Amerigo degli Albizi, the last of the Italian branch of the Albizi family who had no direct heirs, called Alessandro degli Albizi, his wife Vittoria Le Caruye and their children Vittorio and Leonia back to Florence. They were descendants of the branch of the Albizi family that the Medicis had banished in 1523, forcing them to go to France. When Amerigo died four years after their return, the considerable Albizi patrimony comprising the estates in the Val di Sieve including Nipozzano and its castle, Pomino and Poggio a Remole, as well as Montefalcone in the diocese of Lucca, passed to them. Between 1842 and 1861, Alessandro and his family lived in their forebears’ palazzo at borgo degli Albizi 12, but spent every summer at their Labreuille Castle in Burgundy. 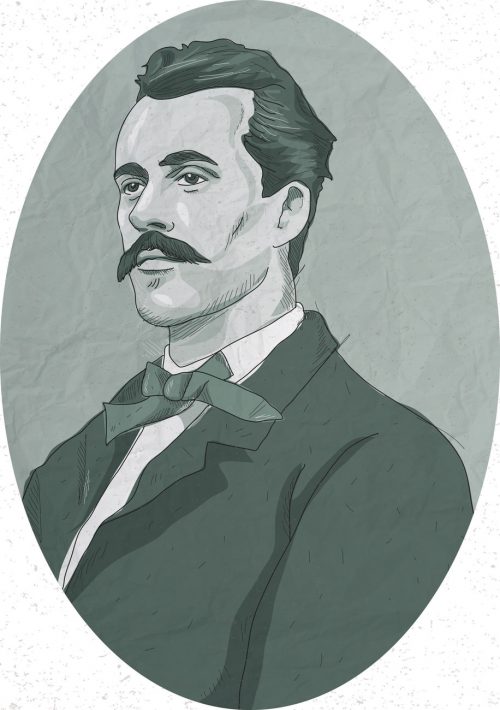 From a young age, Vittorio degli Albizi, who inherited the family title and fortune from his father, began to manage the farms and soon became a respected member of the Accademia dei Georgofili and friend of the older politician and fellow winemaking trailblazer Baron Bettino Ricasoli. Vittorio applied the experience he had gained in France in the production and export of fine wines to his own wines in Tuscany. At the time, the region’s wines were poor, did not travel well, and conservative producers and peasant farmers emphasised quantity over quality. The preference was to grow vines using trees to train them, a method known as a testucchio, or else to develop vineyards alongside olive and fruit trees or with grains, beans and cereals or other produce rather than concentrating on cultivating the vines alone. Instead, Vittorio predicated the cultivation of specialized low-growing vines. Although not everyone was convinced and despite innumerable hurdles and the need for heavy investment, he continued with his project. Between 1860 and 1877, Vittorio planted an exclusive vineyard at Pomino, systematically introducing French vines such as Cabernet, Pinot Nero, Semillon and Roussanne there and on his other estates.

Experimenting between 1865 and 1868 at the glassworks in Pontassieve, the ingenious and hardworking Vittorio also invented a stronger glass neck for the traditional straw-covered wine flasks (known as the fiasco) that had been notoriously difficult to cork previously. One of the oldest brickmaking furnaces in Italy was located not far from the Albizi estate at Poggio a Remole at Le Sieci. With large amounts of construction materials required to turn Florence into Italy’s new capital, Vittorio recognised its potential. He reorganised the factory based on modern business principles and imported new technology from France to successfully improve and increase production, also adding new products such as terracotta tiles to its list. Eventually sold by the family in 1881, the brickworks continued manufacturing until it closed down in 2012.

On March 14, 1877, Vittorio degli Albizi died of pneumonia at only 39 years old, having never married and without children. A plaque appended outside the family palazzo in borgo degli Albizi bears testimony to the esteem he commanded during his short but well-spent life: “Vittorio degli Albizi, born in 1838, died in 1877, his nobility of lineage would grow with the splendour of the existence of his village industries, learned promoter of oenological agronomy, a most competent employer of many, an example for all, just as his industrious aristocracy was potent and respected.” After Vittorio’s death, all his wealth and property passed to Leonia, who married Angelo Frescobaldi in 1863.

This pioneering and innovative entrepreneur and oenologist, whose ideas gradually revolutionised the topography of vineyards not only in Tuscany, would have felt vindicated if only he had lived a little longer to see his Pomino white wine win the gold medal at the 1878 World Exhibition in Paris, a wine that is still produced, exported and appreciated by many today.