From tots to teens, Florence’s younger population gets a made-to-measure May weekend of activities with the return of Firenze dei Bambini from May 4 to 6. 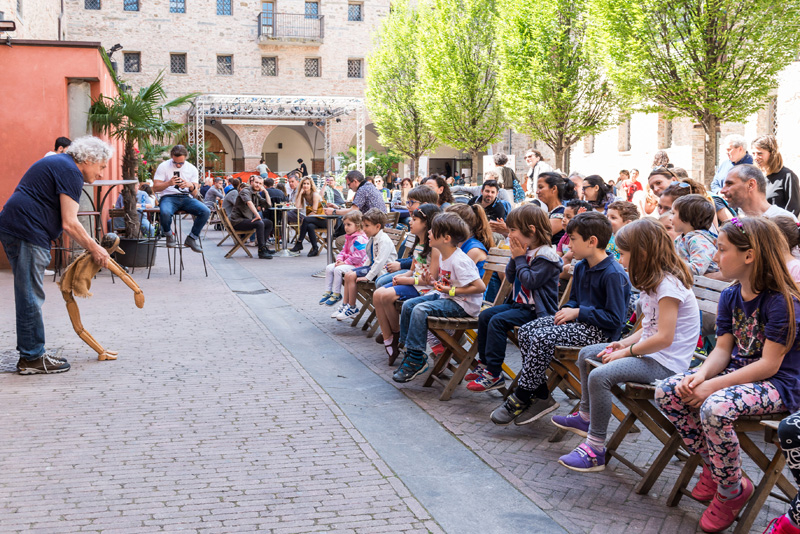 “Ingenuity” is the central theme for this year’s edition, encouraging a spirit of curiosity and aiming to teach kids the power of recognizing their own unique talents. But don’t expect the organizers to go handing out participation trophies. The message is more complex than “you’re special”, with the packed program guided by Gardner’s theory of multiple intelligences—or the idea that intelligence is not determined by a single ability but subdivided into specific categories (interpersonal, verbal-linguistic and musical-rhythmic abilities among them).

Textbook talk aside, events on the program are a parent-approved combination of educational and entertaining. The ball gets rolling with a family-geared inaugural event in the Salone dei Cinquecento of Palazzo Vecchio (6pm, May 4), a “participatory performance” put on by Venti Lucenti and the Maggio Musicale Fiorentino. With Mozart classics as the soundtrack, children (and parents) will have the chance to play and exercise their inner performer onstage.

Palazzo Vecchio and the surrounding area will continue as a hub throughout the weekend, hosting social justice-centered events under the subtheme “The intelligence of we”. Highlights will include a series of civil rights workshops inspired by the legacies of Nelson Mandela and Robert F. Kennedy held in the Sala D’Arme (May 5 and 6) and emergency response education “disguised” as an adventure game in piazza della Signoria, led by officials from Florence’s Civil Protection service (for ages 6 to 12, 11am, May 5). Both the Cortile della Dogana and the Cortile Buontalenti will host a series of games promoting teamwork, collaboration and concern for the common good. For the littlest ones, the same courtyards will host the Spazio Piccolissimi, a section with fairy tales, activities and messages aimed at children up to age 3.

For older kids and parents who may be fans, Florentine pop-educator and entertainer Lorenzo Baglioni—a carefully chosen representative of musical-rhythmic intelligence—will take the Salone dei Cinquecento stage with culture and science whiz Massimo Temporelli and journalist Omar Schillaci, vice-director of Wired (6.30pm, May 5).

Living up to its legacy as a child-centered institution, the Istituto degli Innocenti will change thematic course but keep kids at the forefront. “Self-intelligence” and subcategories “mind smarts” and “hand smarts” will be the focus: upon entering the institute in the Cortile degli Uomini, children will be invited to take “a journey within themselves” under the loggia, setting the tone for the rest of the venue’s offerings. Age-appropriate yoga, meditation, and fear-conquering exercises are just some of the scheduled activities.

Other key points on the festival map are the Biblioteca delle Oblate, the Le Murate complex, the (newly revamped) Museo Novecento, Teatro del Maggio and the Casa di Uga at Santa Maria Novella. Kids can get their fresh-air fix, too: plenty of outdoor activities are planned at May-perfect venues including the Orto Botanico and the Cascine Park, not to mention numerous off-circuit initiatives, walking tours and scavenger hunts around the city.

All events offer free entry, though registration is required for some. For the full program, see the website; to book, email info@firenzebambini.it.