Perks and pitfalls of small-town Tuscany

Moving to the Tuscan countryside is almost every foreigner’s dream, but is it really as idyllic as it sounds? I chatted to three generations of locals to find out. 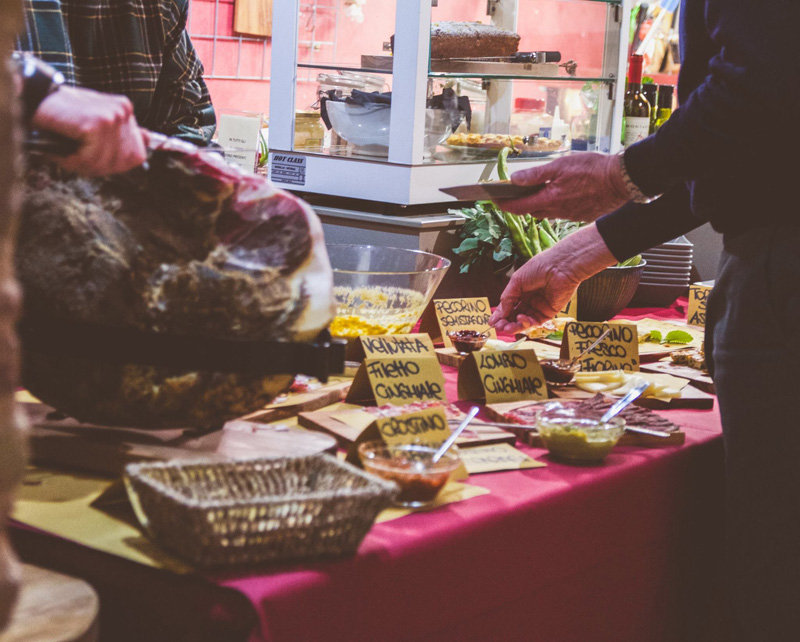 Buffet at a wine bar in Montemerano

Montemerano is hopelessly idyllic. Cast adrift in Tuscany’s vast and often overlooked southern countryside, it has all the ingredients to make a tourist or wannabe expat swoon. A frescoed village church complete with a fastidious but kind-hearted priest. Meticulously swept streets lined by medieval walls peeking out under centuries-old vines. Hydrangeas blooming from recycled wine barrels lovingly watered by nonni as they gossip in the last few rays of the springtime sun. There are no unfamiliar faces in line at the village bakery and every festival is ended with trays of free sweets and wine offered by the locals for everyone to enjoy.

But like many of Italy’s villages, Montemerano is dying. Its youngest residents have long since left, starting their own families far away in cities where there are more opportunities and better jobs. With every year, more houses lie empty or are transformed into Airbnb rentals, snapped up by eager German and Russian tourists. There are fewer locals to organize the festivals and attend Sunday mass, age and illness keeping them from gossiping on the well-worn benches.

But there are some locals who have decided to stick it out and buck the nationwide trend to abandon Italy’s villages. Hannah Lesch was born in Munich but has lived in Montemerano since she was eight. Now 26, she has just opened Castel diVino, a wine bar in the main piazza. She remembers childhood summers, making friends and never wanting to leave. Her mother was briefly the mayor of Munich, and while she knows city life well, she wouldn’t dream of leaving Montemerano, proudly declaring herself as “Montemeranese” as they come.

“All us kids would meet in front of my house and ride our bikes around the town,” she says to me with a strong local accent that seems out of place alongside her blonde Grace Jones haircut and bright blue eyes. “We could ride as far and as fast as we liked, always knowing that someone was looking out for us, someone we knew, and who would sometimes call our mum if we misbehaved. I never had a community like that back in Germany. I missed it.”

Hannah has often represented her neighbourhood in the annual Festa di San Giorgio, a medieval celebration, where a brave young knight hops on the back of two unlucky locals dressed as a horse and canters off to save the princess from a ferocious cardboard dragon. In Hannah’s district, eligible knights are in short supply and she has had to call in her nephew all the way from Munich for the past two years. With that in mind, I have to ask why she’d want to take such a risk as to open up a business in a town that is, outside the brief tourist season, a glorified aged care community.

“I can’t abandon Montemerano. I mightn’t have been born here, but it is my home. You can sit back and complain about the loss of a community or you can do something. I wanted to create a place where those of us who have remained can get together. And hopefully, those who have left will return, see what we’ve created and decide to move home and help us revive our town.”

For all her love of small-town life, Hannah admits there are drawbacks. For much of her childhood, and even after 20 years, she is still treated as a foreigner. “You do sometimes feel like no matter how hard you try, you’ll never fully be one of them. The locals are so set in their ways, which is good because they don’t want to lose their heritage, but at the same time they are suspicious of change, suspicious of anything new or anyone new.” 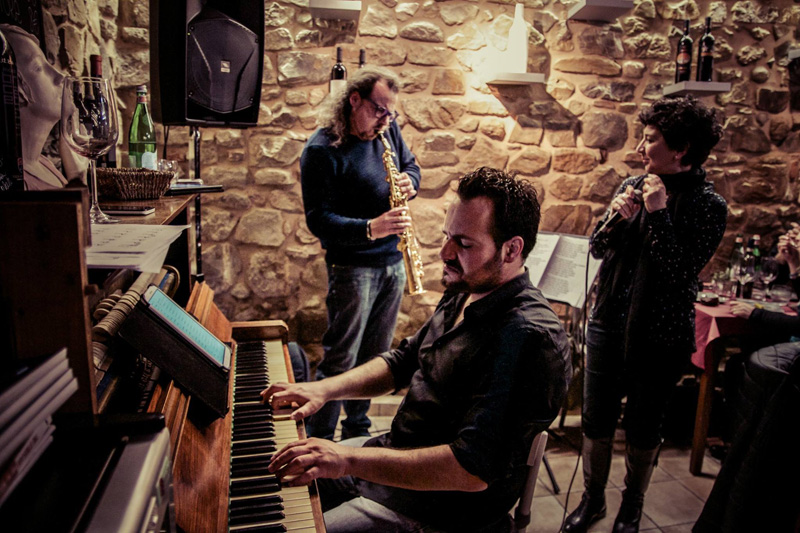 That’s not a problem for Maurizio Rossi. A born-and-bred local, he is secretary of the town’s fledging football team, the newly crowned regional champions. He is also part of a generation that is affectionately known as generazione agronomi/geometri. For most of the locals born in the 1970s, university was not an option, so many chose to become agronomists or surveyors. We have so many, the locals joke, that you could hire a different one every day of the year and still have plenty left over. Maurizio has never thought of leaving Montemerano, regardless of how hard times have become and how few jobs remain.

“It’s where all my friends and family are,” he says over a glass of wine. Hardly an evening goes by when Maurizio doesn’t head out, dragging his more reluctant wife and their puppy along to catch up on the day’s gossip, never hesitating to buy a glass of wine for whoever is around. He counts Hannah among his closest friends, despite being decades older. “I would feel lost without them and without the walls of Montemerano around me. What would I do in the evenings?”

The Montemeranese do everything together and they do everything for their town. For Maurizio, that means spending months painstakingly hand-gluing delicate squares of tissue paper into the shape of the giant hot air balloon that is launched at the closing of many of the town’s festivals. He is one of the few remaining people who know how to craft the balloon, which must be resistant enough to withstand the flame but light enough to launch into the night sky.

The last local I spoke to is not only instrumental in organizing the Festa di San Giorgio, he also played an important role in getting the town recognized as one of I Borghi Più Belli dell’Italia (Italy’s Most Beautiful Villages) and opening the town’s art history library, moves that have exponentially increased tourist numbers. Ettore Ponticelli runs La Vecchia Dispensa, the town’s only gourmet deli. He’s a man who remembers the town when it was home to thousands. Now its residents number fewer than 300, a fact he relays to me with incredible sadness.

“Montemerano is so beautiful, but in recent years I think the locals have forgotten that. They only see the economic crisis, the lack of jobs and empty houses. They forget about the incredible potential that is unique to Italy’s villages, not just from a tourist perspective but also from one of craftsmanship,” he says. “An artisan brewery just opened up near here, which is proof that young people can have success with the old crafts, but those who remain in Montemerano aren’t interested in putting in the hours to learn old trades. They always think the cities are better, cooler with easy, well-paying jobs.”

That said, Ettore’s daughters aren’t interested in continuing the family business or even living in Montemerano. They live and work in Siena and he knows the shop will close when he and his wife retire. For now, it remains a favourite spot for the tourists, who only have eyes for the beautiful palazzos, quiet streets and hidden flower-filled piazzas. With them, Ettore is profusely welcoming, sharing plenty of stories along with his aperitivi. But he hasn’t forgotten the locals either. In a tiny corner, right at the back of his very fancy and tourist-centric deli, is a small shelf filled with the essentials: fresh milk, eggs, pasta, fruit and a few seasonal vegetables for when the tiny supermarket is closed and his fellow residents still need to get dinner on the table.