“I placed you at the centre of the world so that from there you could best observe all that is in the world. Neither celestial nor earthly did I create you, so that you, your own voluntary and honorary sculptor and shaper, could forge yourself in the form you preferred. You could degenerate into an lesser being, into a brutal animal, or you could, as you will, be regenerated into a higher being, into a divine creature.”
—Pico della Mirandola in his “Oration on the Dignity of Man” 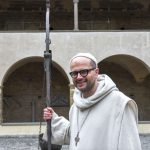 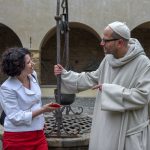 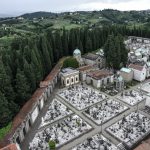 A bird’s-eye view of the San Miniato cemetery from the top of the bell tower / ph. @marcobadiani 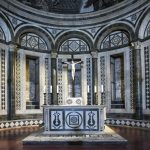 Since April 27, 1018, San Miniato has stood solidly and sublimely as a gateway between heaven and earth. The Abbot of San Miniato al Monte, Bernardo Gianni, spoke with The Florentine‘s Helen Farrell about the millennium celebrations of Florence’s beloved hilltop basilica and monastery.

Bernardo Gianni: A thousand years only happen every thousand years, hence the busy programme of events to make the most of the occasion. It’s been organized in a format aimed at offering a cultural roster, which strives to express how the beauty of San Miniato continues today. This place can still accommodate, fecundate and inspire new beauty, and this new beauty prepares us for the future. What interests me is not so much the 1,000 years that have passed, but the 1,000 years to come, so the appointment with the present is very important. This explains the focus, maybe not always scientifically and methodologically exact, on expressing contemporaneity, brought together through friendships and bonds of esteem and also more objective studies, but essentially everything stems from the Benedictine monastic spirit of hospitality. Here what really matters is calling on our friends so that they can communicate the ways in which they love San Miniato and how they intend to celebrate San Miniato in its millennial year. 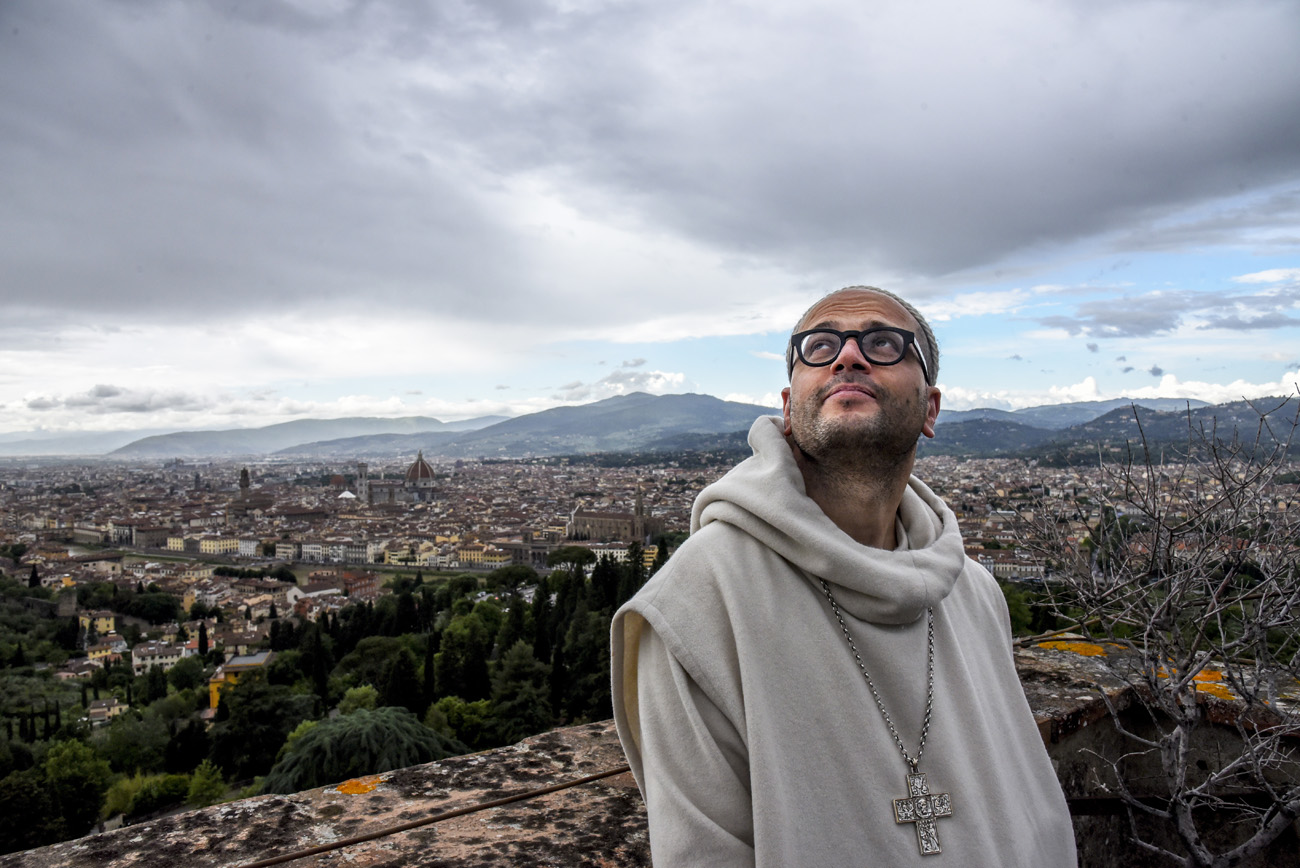 
Helen Farrell: Many people come to Florence and experience an epiphany of sorts. How do you view San Miniato as a source of inspiration between heaven and earth?

BG: San Miniato was always thought to be as is written on the holy door: “Here is the gate to the sky” (“Haec est porta coeli”). This dimension of a ridge, of passage, is fundamental and San Miniato inspires peoples of all cultures, religions and provenances in understanding mysteries and universality, which is the essence with which we devised this events programme. It’s an attempt to do something that isn’t solely ecclesiastical, but that’s more profoundly human with the idea of stirring the humanism within us all during an unrepeatable cultural season in which we have sought to bring together the founding universal values of the dignity of mankind. It fascinates me to think how the first treaty on the dignity of mankind was written here by Pico della Mirandola, a philosophical and literary genre typical of the Renaissance. (In actual fact, this philosophical genre was developed for the first time by one of our brothers in the first half of the 1400s.) We’d like to think that the beauty of San Miniato serves for the dignity of everybody. Some events will be spectacles in their own right, such as the night lighting of the basilica until mid July, a way of turning the spotlight onto San Miniato’s beauty so that everyone can recognize a sort of symbolic pilgrimage that’s open to all. So many people are coming up to the gates and taking photos of the façade! It’s a message of liberation.

HF: You’re also throwing a party in the piazza.

BG: Yes, I realized that a popular dimension was missing from the events we’d originally planned. In reality, the popularity of San Miniato is something I feel daily, given that this place is so loved by everyone. On June 23, we’ll be holding a party in the piazza, “Piazza San Miniato”, with children’s activities and live music to engage the city. My only hope is that won’t be overly hot or that it rains—it’s something I’ll have to pray for!

HF: How did you come to be Abbot of San Miniato?

BG: I came to San Miniato on October 7, 1996. After graduating in Literature, I had a conversion or calling in the Monastery of Rosano during the Christmas of 1992. My friend, a non-believer, had invited me to listen to the Gregorian chants; it proved an experience that struck me like lightning. For four years I tried to “argue” with the idea of becoming a monk, but in the end the idea won and I joined the monastery, bringing with me an awareness of how to dialogue with non-believers since I’ve been there myself. I love meeting and asking questions with people distant to the Church. A trace of this has probably made its way into the millennium program too.

HF: Can you tell us about daily life at San Miniato?

BG: Our 12 brothers follow the Benedictine monastery way of life, which is similar if not exactly the same anywhere in the world. There’s the delicate duality of prayer and work, words and silence, fraternity and solitude to the rhythm of the liturgy, punctuated by choral prayer and Gregorian chants. The architecture of time in a monastery runs from 4:45 in the morning until 9 at night and the spaces in between are filled with manual labour (like our bakery, which makes a small contribution to Florence’s food scene!), study, meditation, cleaning and hospitality (we have a small guest house). Then there’s the fraternal life, the experience of communion and the attempt to overcome egoism, while on the other hand there’s the solitude, intensifying one’s personal and intimate relationship with the mysteries. Thankfully, some young brothers joined us recently, so we have the joy of seeing the generation after ours. But it all begins at 4:45am when that accursed bell rings!

HF: How does the guest house work?

BG: People ask to stay for a retreat over a few days, a week maximum. All kinds of people stay with us: the young and the old, believers and non-believers, just not tourists. Even artists who feel the need to intensify their time. Hospitality is a typical monastic activity. Plus, there’s a lot of Florence, all sorts of people, who climb the hill. Someone said to me that we have a “bel grullaio”, a crazy mix. I think it’s one of the reasons San Miniato exists, to be a door that’s open to all.