The renovations consisted primarily of upgrading the pavement throughout the piazza. 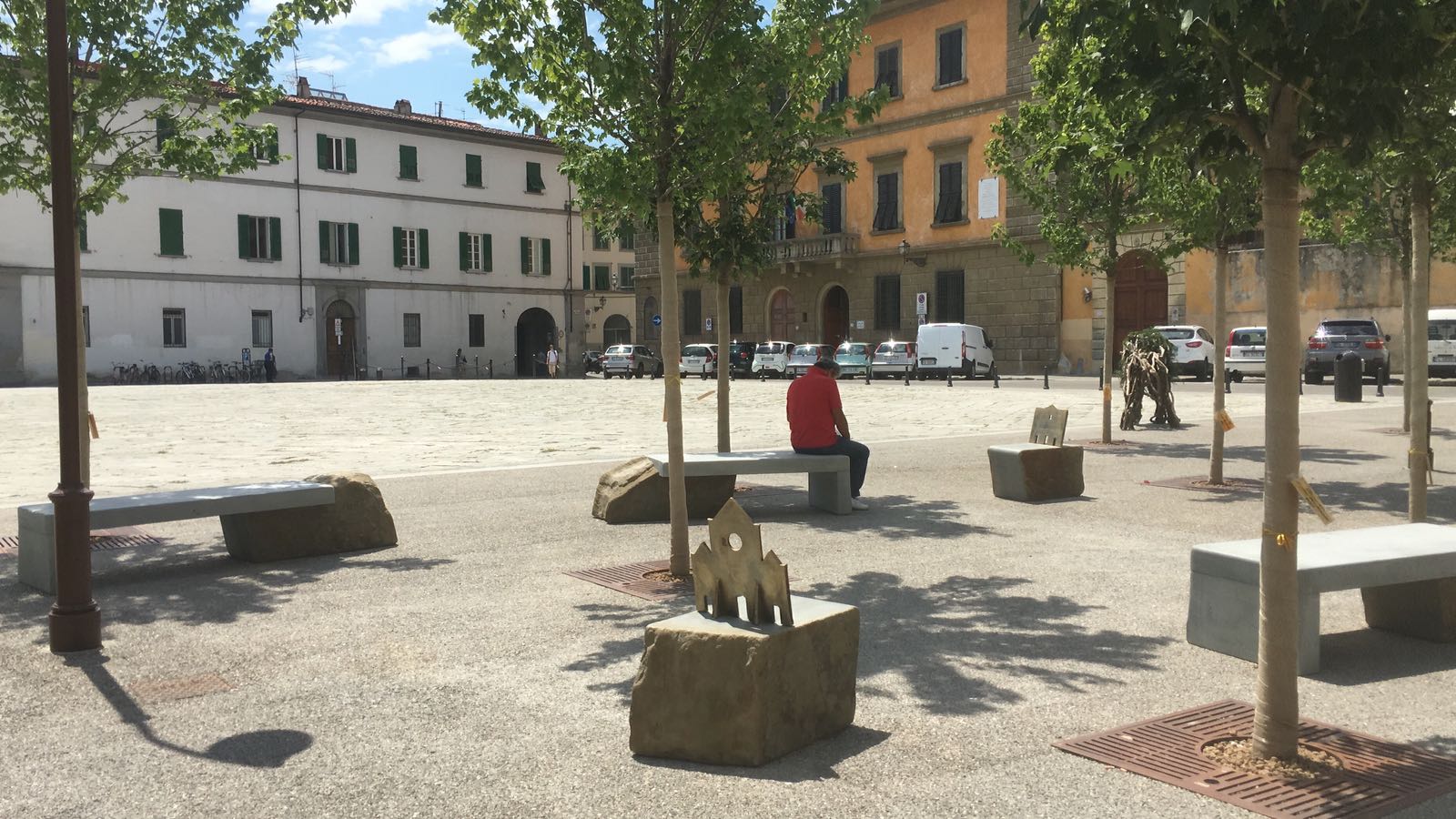 The renovations consisted primarily of upgrading the paving throughout the piazza, including a slightly raised pedestrian area compared to the U-shaped road that now surrounds the square, designed to discourage unauthorized parking and soon to be reinforced with studs.

The pedestrian area, which runs up to the porch of the church of Santa Maria del Carmine, is now paved with ochre-coloured stones that were recycled from the piazza itself, and includes a green area, with 23 trees opposite the church, aimed at offering the effect of a small wood in the heart of the city.

Even the four newly-installed benches were designed with their own hint of history: each is engraved with references to four important moments in the life of the piazza, including its foundation by the Carmelites, Masaccio’s frescoes, the cycle painted by Rosai and the work of Florence’s roadmen. To complete the renovation, the City of Florence launched a call for bids to create an artistic fountain, the winner of which will be announced soon.

To account for the removed parking spaces, Mayor of Florence Dario Nardella underlined the recently regained spots available on the nearby lungarno and in piazza del Cestello.