Talking with the director of the Museo Novecento

More than half a year into his new role as Artistic Director at the Museo Novecento, Prato-born Sergio Risaliti is hard at work making a place for his museum in the Renaissance city. The art historian and curator boasts a long, varied history working with contemporary art, from his time at the short-lived Centre for Contemporary Art at Palazzo delle Papesse in the late 1990s to directing Quarter, a cultural and production centre for contemporary concepts in Florence, and his numerous projects carried out in partnership with the City of Florence. So it’s safe to say that Mr. Risaliti is more than up to the task of transforming the nascent contemporary and modern art museum into a hub for today’s art world. 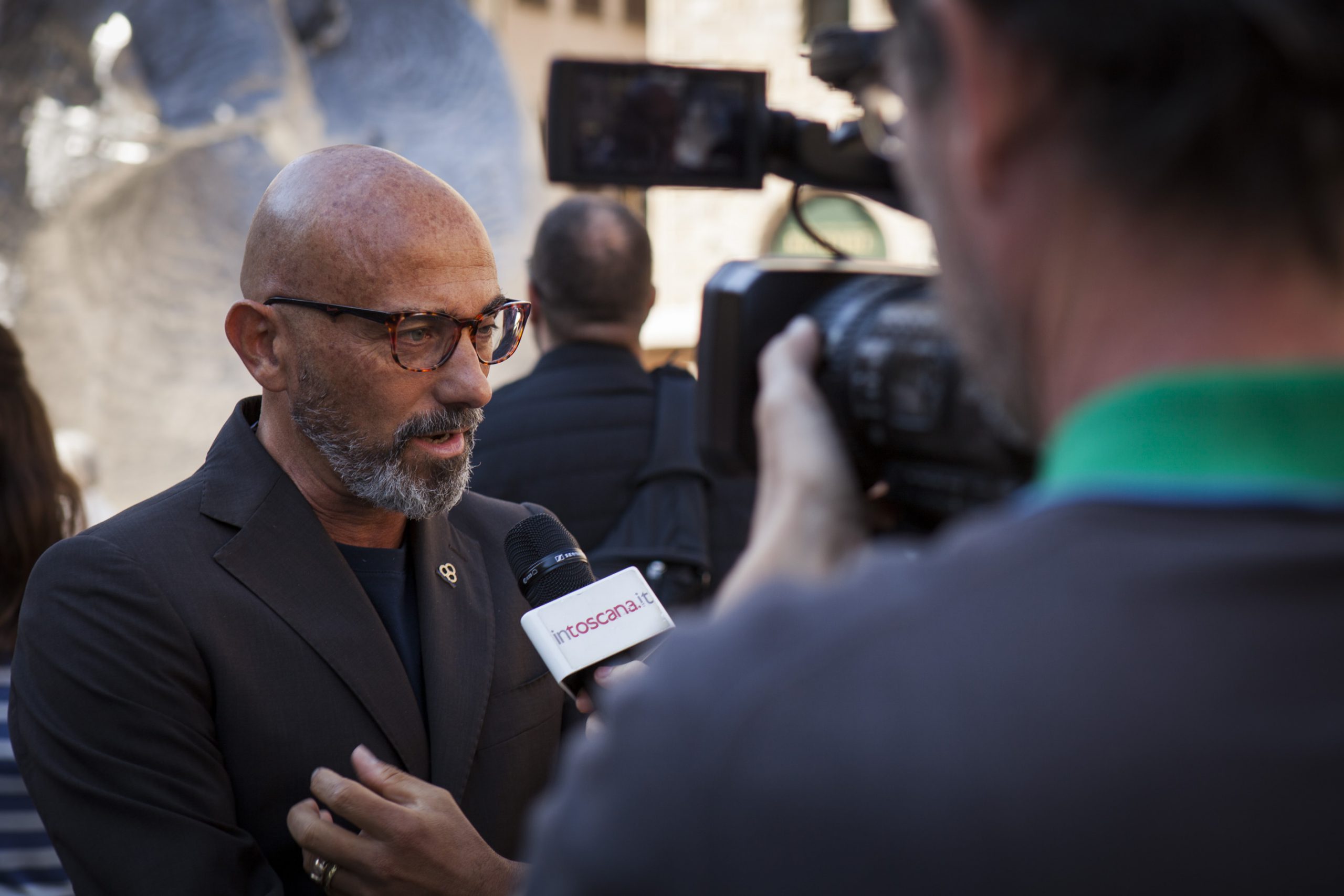 On the occasion of the opening of two brand-new exhibitions, DUEL: Not all those who wander are lost, a solo show by Mexican artist Josè Dávila, and Paradigma: Il tavolo dello scultore: Gianluca Peluffo & Partners, dedicated to projects the Liguria-based architect has carried out in Egypt, we spoke with Sergio Risaliti about his time so far at the Museo Novecento and where he hopes to take things.

Samantha Vaughn: How do you see the Museo Novecento’s role in Florence, a city so famed for its Renaissance leanings?

Sergio Risaliti: I think the opening of the Museo Novecento in Florence in 2014 was important and historic because it marked a change in the perception of culture in this city, finally including the 20th century – contemporary and modern art – which could be and needs to be conserved, safeguarded and promoted inside the museum. The main role of a museum is propaedeutic, to educate, to spread awareness of art. You can do this with temporary exhibitions, like the ones at Forte Belvedere, in piazza Signoria, in Palazzo Vecchio, but more needs to be done inside the museum. The museum is, structurally let’s say, a permanent workshop for raising awareness about a territory.

SV: What’s been your biggest challenge so far in reorganizing the museum, a particular mission you’ve been very vocal about carrying out?

SR: The greatest challenge was certainly to reinvent this space, to try to immediately give it an identity. I’ve always believed that a museum director should foster their own philosophy, as I like to call it, which should be perceivable from the moment the visitor walks into the museum and straight through to the last room. There must be a conceptual strategy, a project, a vision that can be applied to all aspects. I’ve applied this to the exhibitions, including the choice of how to construct the exhibition route, the display of the private collection, the graphic design, which distinguishes the museum, the way we do the wall texts, how we involve art historians, artists, authors. It gives an identity to this extraordinary body, this living body that is the museum.

SV: What would be that “Risaliti flair” you hope to bring to the Museo Novecento during your tenure here?

SR: I would say that’s this idea of the multi-tasking museum, the museum that acts contemporarily across many levels, with a wealth of offers, a vivacity, an energy. The flair is in the energy – and perhaps the energy is in the flair – because it’s that special touch we also give to the space, to the attention with which we display the paintings on the walls. In the Alberto della Ragione private collection, for example, I sought to provide an international standard to the exhibition design, that method of presenting the works that I acquired during my many experiences in foreign museums, and especially working with artists. I also think the most important thing – which the visitors have even told me recently – is that they want to stay in the museum to admire, contemplate, study this collection, piece by piece. And the positions we’ve arranged the works in and the distance between them tends to valorize each one individually.

SV: And do you foresee collaborations with other contemporary and modern art museums in Tuscany?

SR: I hope. I’ve got plans, expectations, ambitions. We’d be interested in a collaboration with the Fondazione Ragghianti. We’ve already established a collaboration with the Uffizi; in the exhibition The Sculptor’s Drawings, for example, closing on the 12th, we have a loan from the Gabinetto dei Disegni e Stampe, with whom I would love to forge an even greater partnership, especially on the drawing front. 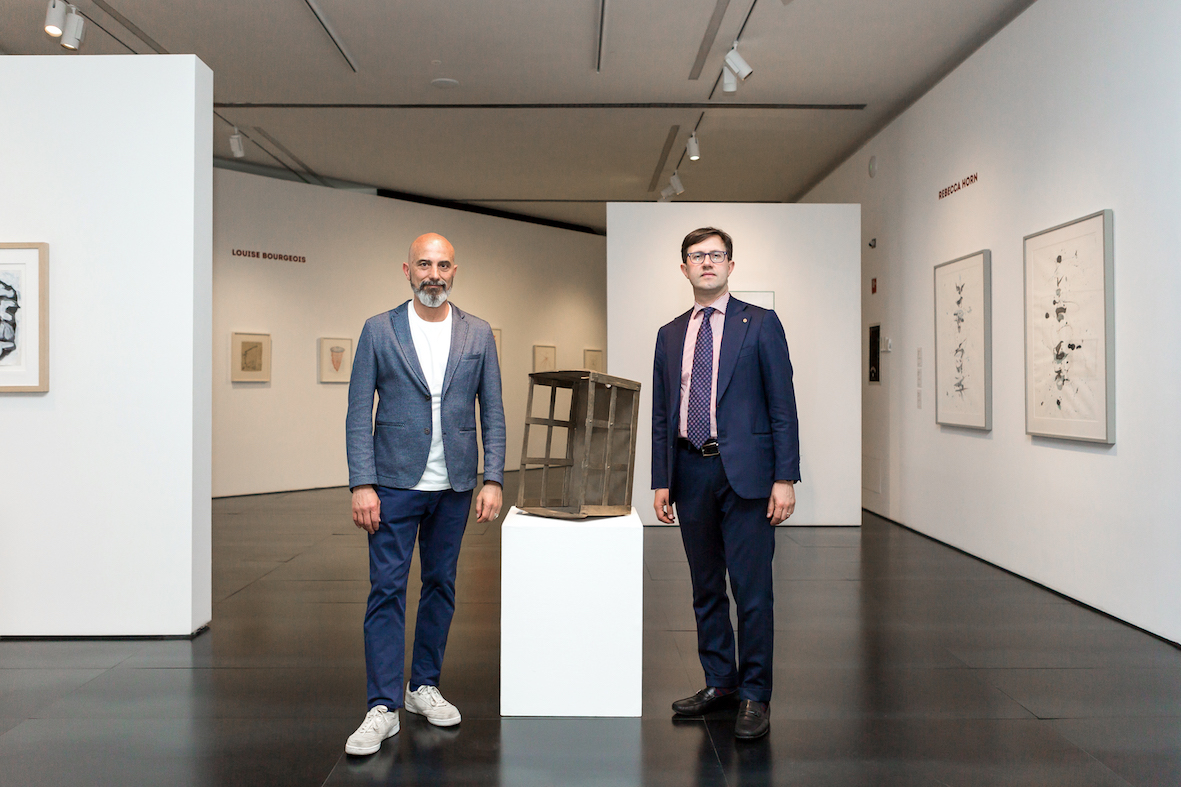 SV: What can you tell us about the museum’s recent collaboration with Forte Belvedere ahead of the site’s exhibition on Eliseo Mattiacci, Gong, which you curated? The Museo Novecento opened its own exhibition dedicated to the artist, Open Field.

SR: It was a gesture to solidify this dialogue between the Museo Novecento and Forte Belvedere, which I hope could one day become a single institution. I believe this should happen, but it’s not my choice to make! The Museo Novecento could serve as “mission control” – scientific and curatorial – for exhibitions that take place both inside and outside the museum, and it would offer a single identity, unparalleled with other museums around the world. It could be a museum su generis, with a main branch but also operative extensions elsewhere, in other extraordinary places in this city. Such a concept would define the historic centre and the suburbs as a large museum/art centre, extensive and widespread.

SV: Your reorganization of the museum includes intervening not only in the permanent spaces, but also offering a focus on temporary exhibitions. There have been 10 so far this year.

SR: The idea is simple: to have a very clear, very beautiful space – which in this case is pre-existing – where I could occasionally display mini-anthological exhibitions about single artists present in the collection, as well as those not in our holdings; by alternating the artists represented in our museum with the ones who aren’t, we’re filling the gaps in the collection in a way.

I preferred to open the first floor as a place for temporary exhibitions, offering greater circulation of works and artists, which will continuously highlight the knowledge our visitors can gain by coming here.