Sunrise and smelling the coffee

Whether you’re spellbound by the streets before sunrise or realization dawns that Florence is not always as beautiful as it seems, the city is always a talking point. 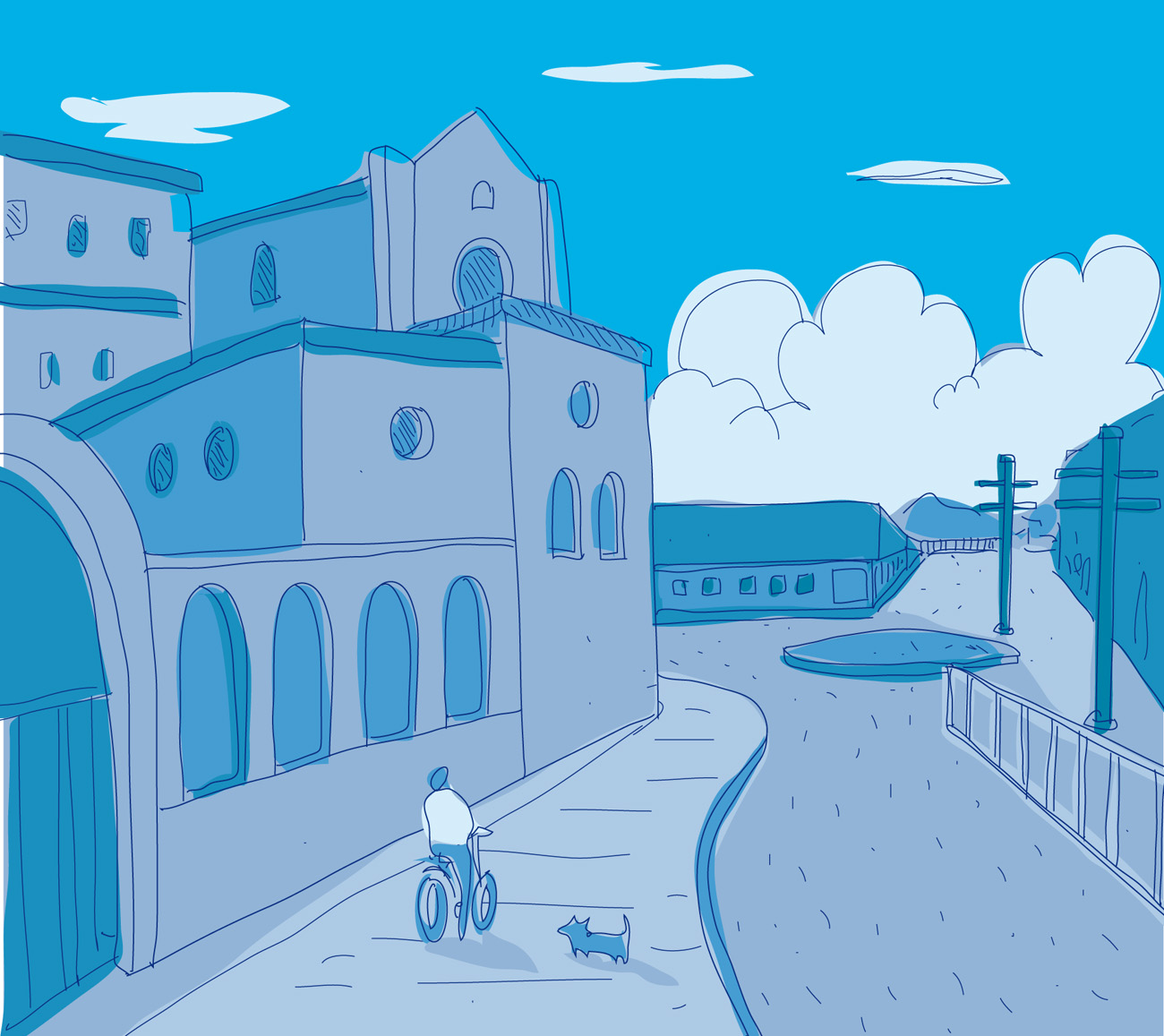 5am is an ungodly hour: not even God has woken up yet. And not trusting myself to do the same, I have stayed awake for the sake of walking to Santa Maria Novella and catching the 5:45 intercity to Rome. Pleasantly full of fried potatoes and blood orange juice, I gingerly close the door so as not to rouse my housemates, one of whom is in the middle of exam season, descend the worn stone stairs and step out into the Friday morning.

I wind through the sidestreets, under a channel of dark blue sky. A young couple appears in front of me at the first crossroads, and the woman stops me: “Hai da accendere?” (Do you have a light?) I tell her that I’m sorry but I don’t smoke, and immediately regret the note of piety in my excuse.

I turn right, onto the road that I take to work, diving quickly into the cubbyhole of vending machines for my daily cioccolata calda. I have never seen the street so empty, and though I walk, I feel like dancing down the middle of it. My usual commute is imperilled by cars, buses and bikes, motorised or otherwise, and by fellow pedestrians trying to negotiate a pavement that is more like a tightrope. Not now, not at this hour. “There’s no off-season any more,” a friend of mine recently mourned of Florence’s tourist trade, but an off-peak time, that still exists.

Although sunset was about eight hours ago, I can smell the heat rising off the road, a metallic smell that I always associate with Italy. The stink of the drains has largely subsided and the air is somehow both warm and fresh. A man approaches me from the other side of the road: “Hai da accendere?” he asks.

Then the Cupola interrupts the sky, and I’m in the piazza del Duomo. But I can’t be, because there’s nobody here. In this part of town I normally up my pace from casual sightseer to frazzled journalist, threading through the crowds at my most Anglo-Saxon speed; now I actually pause and take in the majesty of the white-and-green cathedral of Santa Maria del Fiore. Without the thousands who will gather here later today, it looks strange, like a ship in a dry dock. All is quiet, apart from the far-off whine of the mechanical street sweepers.

The sky has shifted to a paler azzurro; it’ll already be a bright day back home in Northumberland. As I get closer to the station I realise that I am walking alongside others, backpackers who have presumably spent a night or two in Florence and are now maybe going to accompany me to Rome.

There are a handful of people in Santa Maria Novella. I feel sorry for the officials to have to man the new ticket barriers; I feel a sense of solidarity with everyone else. We are the night walkers, we are beating the crowds; we either have atypical jobs, vast commutes or the day off. For one reason or another, we have seen Florence before sunrise.
-Harry Cochrane

Any account of walking through Florence will undoubtedly start with a line about how it’s like taking a step back in time, and in many ways it is—the Renaissance architecture, the stories associated with the historic buildings—but if you look and listen closer and approach Florence with all of your senses alert, you realise there’s now a lot more to the Renaissance city than meets the eye (and ear).

Despite its esteemed and lengthy history, Florence has embraced modernising in many ways and, for the most part, seamlessly integrated it into its centuries-old architecture. For example, given that they are electric in the centre, the only sound you will hear from the taxis is the irritating beep they emit to warn you that they are right behind you, a sound which, after living in Florence for a while, you are almost able to tune out (arguably a dangerous skill). This environmentally conscious modernity also brings the addition of car charging ports along many of the streets, which are actually quite smart, painted dark grey and embellished with the Florentine Giglio. The way that the internationally renowned designer stores have set up shop in these historic buildings is visually pleasing; the Hogan shop on via dei Tornabuoni has even maintained the exterior of the perfumery that once occupied that space. It is pleasing to see Cosimo de’ Medici proudly keeping watch over the Valentino store, which blends in with the Santa Trinita Basilica next door. Other times the intermingled modernity is slightly jarring, the porticos along via Brunelleschi are juxtaposed by the luminous Apple symbol hanging from one of the arches, rather spoiling the symmetry. 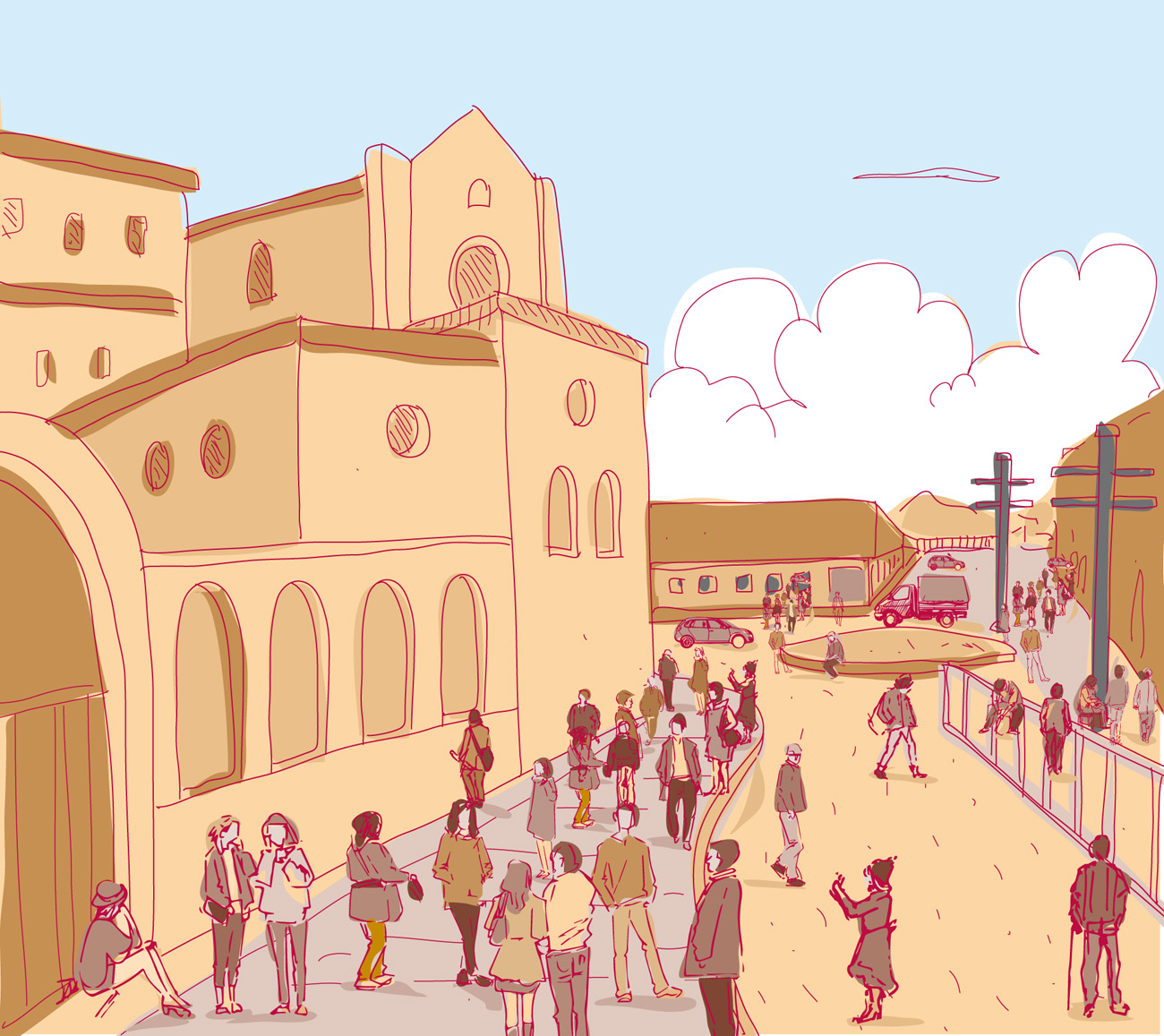 Walking through Florence you cannot help but think that it would be a lot more appealing to the senses if the most of the city were not one big building site. Listening to a band busking in piazza della Repubblica would be infinitely more enjoyable if it weren’t for the whirs of the diggers, going on the vintage-style carousel would be more whimsical if it weren’t for the giant holes dug up around you and it is near impossible to take an Instagrammable photo of the Duomo as scaffolding clings to every side. Despite the huge numbers of people that amass here, Florence has a number of less busy roads but the constant background murmur of machinery and construction work spoils what could otherwise be a rare moment of peace in the bustling city.

When not marred by the smell of cement, the aromas of Florence are diverse and still quintessentially Italian. Walking down the shopping streets, you get wafts from every designer store of their signature perfume, enticing you to enter by scent alone. Many of the smaller roads are even filled with the smell of fresh coffee and freshly made food, the most effective of invitations.

Opening your senses to Florence, seeing the shades of ochre, smelling the coffee roasting and breathing in the aromas of the perfume laboratories, it’s easy to forgive the deafening sirens of the ambulances and the choruses of pneumatic drills, and the dust that comes with them, which taint Florence’s overwhelming beauty and splendour.
-Mindy Burrows