A recently discovered, rare self-portrait by the most celebrated female artist of the Italian Baroque—Artemisia Gentileschi—has been acquired by the National Gallery, London.

A recently discovered, rare self-portrait by the most celebrated female artist of the Italian Baroque—Artemisia Gentileschi—has been acquired by the National Gallery, London. Self Portrait as Saint Catherine of Alexandria, an oil painting from about 1615–17, will undergo conservation treatment before going on display in early 2019. 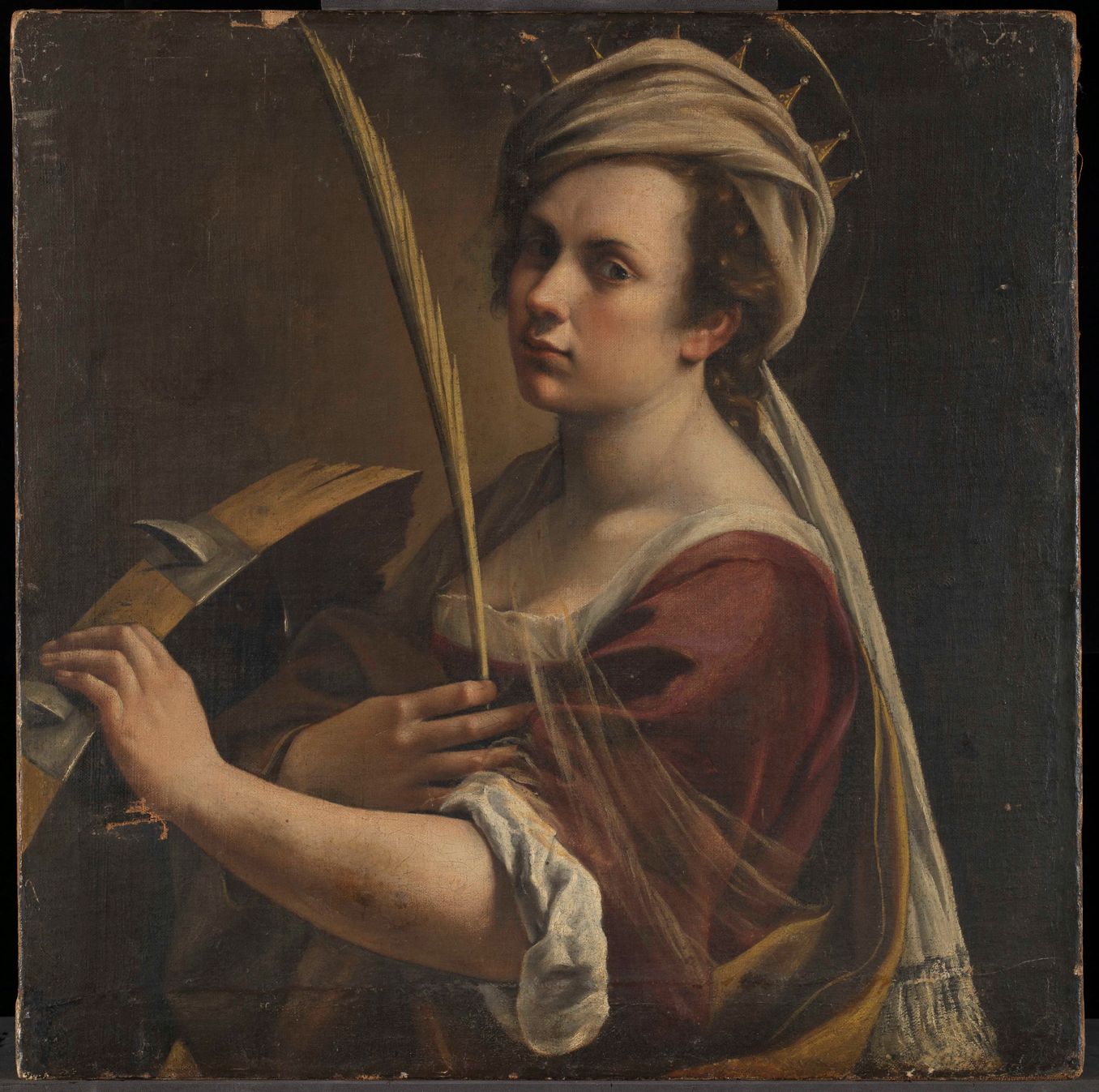 The £3.6 million acquisition has been made possible thanks to the support of the American Friends of the National Gallery, the National Gallery Trust, Art Fund (through the legacy of Sir Denis Mahon), Lord and Lady Sassoon, Lady Getty, and Hannah Rothschild CBE, and other donors including those who wish to remain anonymous. The conservation of the painting has been made possible with Art Fund support.

Born in Rome on July 8, 1593, Artemisia Gentileschi is considered one of the most accomplished painters among the followers of Caravaggio, whom she must have known personally through her father Orazio. In an era when female artists were not easily accepted, she was the first woman to become a member of the Accademia del Disegno in Florence and she had a truly international clientele, including the Grand Duke of Tuscany, Charles I of England, and Philip IV of Spain. Artemisia faced challenges in both her professional and personal life: she was raped by painter Agostino Tassi and was subjected to gruelling questioning and physical torture during the trial that ensued. Her biography has long overshadowed her artistic achievements, but she is now recognised as one of the most talented painters of her generation.

Of the 60 or so paintings attributed to Artemisia, the majority feature a strong female heroine as the main protagonist. Many of Artemisia’s paintings have been read as autobiographical and there is no doubt that her personal identity is closely intertwined with her artistic production. This is especially true of the paintings she produced in Florence (where she lived 1612–20), in which she repeatedly used her own image; perhaps as a vehicle for self-promotion (much as Rembrandt did in the Netherlands).

The tightly cropped composition of Self Portrait as Saint Catherine of Alexandria shows a female figure turning towards the viewer. A halo is visible just above her head, indicating that she is a saint. Her left-hand rests on the top of a broken spiked wheel; the symbol associated with Saint Catherine of Alexandria, a Christian saint martyred in the early 4th century AD. Sentenced to death by the Emperor Maxentius, Catherine was bound to revolving wheels studded with iron spikes and nails. She escaped this instrument of torture through heavenly intervention but was later beheaded.

National Gallery director, Dr. Gabriele Finaldi, says, “The National Gallery’s remit covers Western European painting from around 1250 to 1900, However, for a great deal of this period women were largely denied the same opportunities that were afforded to men and as a result only a handful were able to succeed in the art of painting. Therefore, works by women artists of this period are very rare compared to works by male artists, and our collection reflects that historical fact. However, although it is far more difficult for us to purchase great works by women artists, the National Gallery regularly works with women artists for its exhibitions and other programmes—most recently with Tacita Dean. We have more exciting plans for the future that we will be announcing over the coming months.”