After the unveiling of a new arrangement of art by Caravaggio and other 17th-century artists in February and the Michelangelo and Raphael Rooms in May, the Uffizi continues its renewal with a room devoted to Leonardo da Vinci.

After the unveiling of a new arrangement of art by Caravaggio and other 17th-century artists in February and the Michelangelo and Raphael Rooms in June, the Uffizi continues its renewal with a room devoted to Leonardo da Vinci.

Room 35 in the Uffizi’s West Wing displays three paintings by Leonardo, all of which were made originally for churches, hence why the room’s walls are painted pale gray using a spatula effect. To ensure optimal conditions, the paintings are contained in special glass display cases that reduce light refraction without detracting from the visitor experience.

On the left stands The Baptism of Christ, painted for the San Salvi Church in 1475-78, when Leonardo was still working with Andrea del Verrocchio. The painting highlights the divisions in tasks within the workshop in terms of style and technique between the master and his pupil. 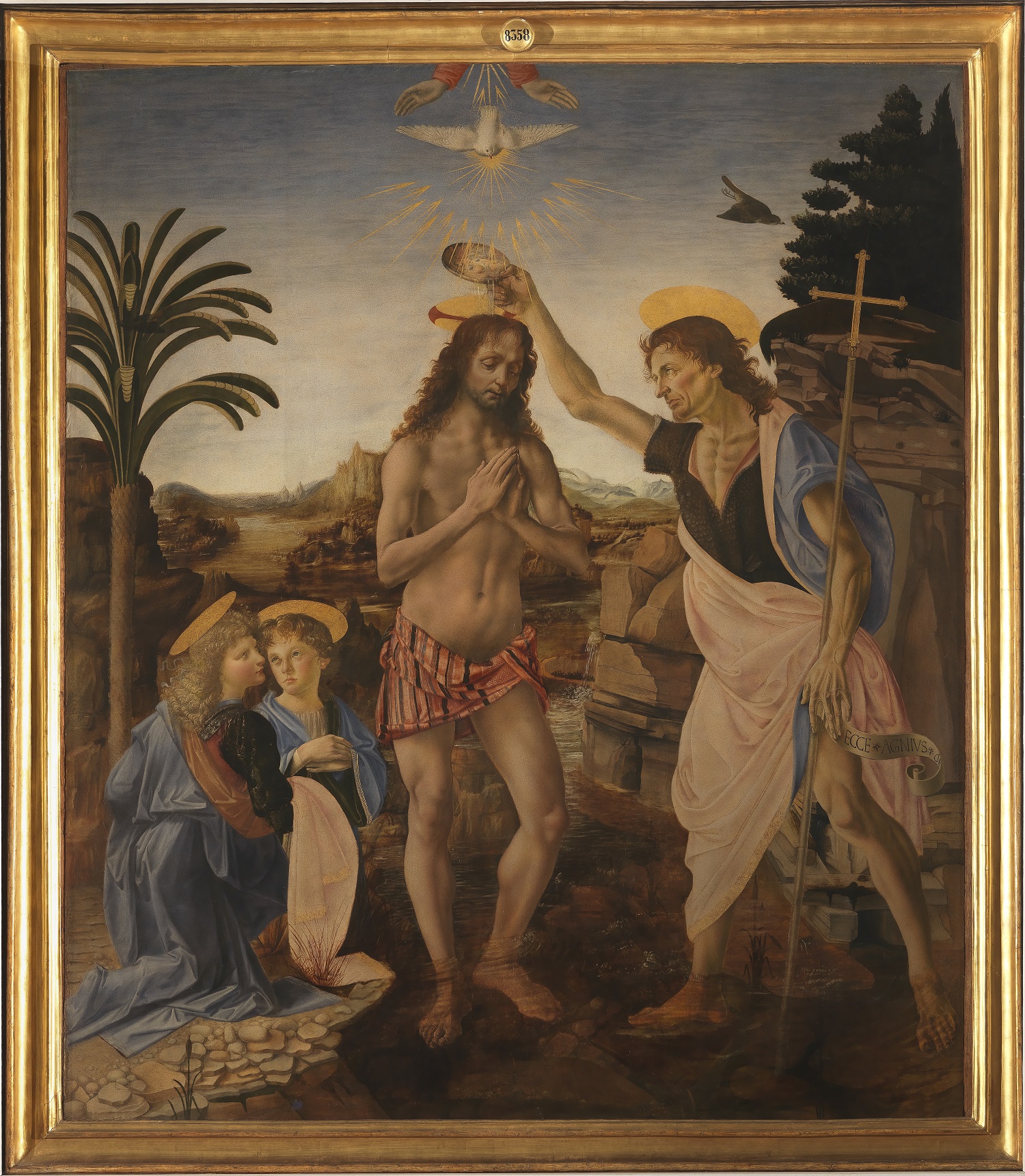 The Annunciation can be seen on the facing wall. Hailing from the church of Monteoliveto, the angel casts its shadow over the flowering meadow, closing its wings upon landing like a bird. 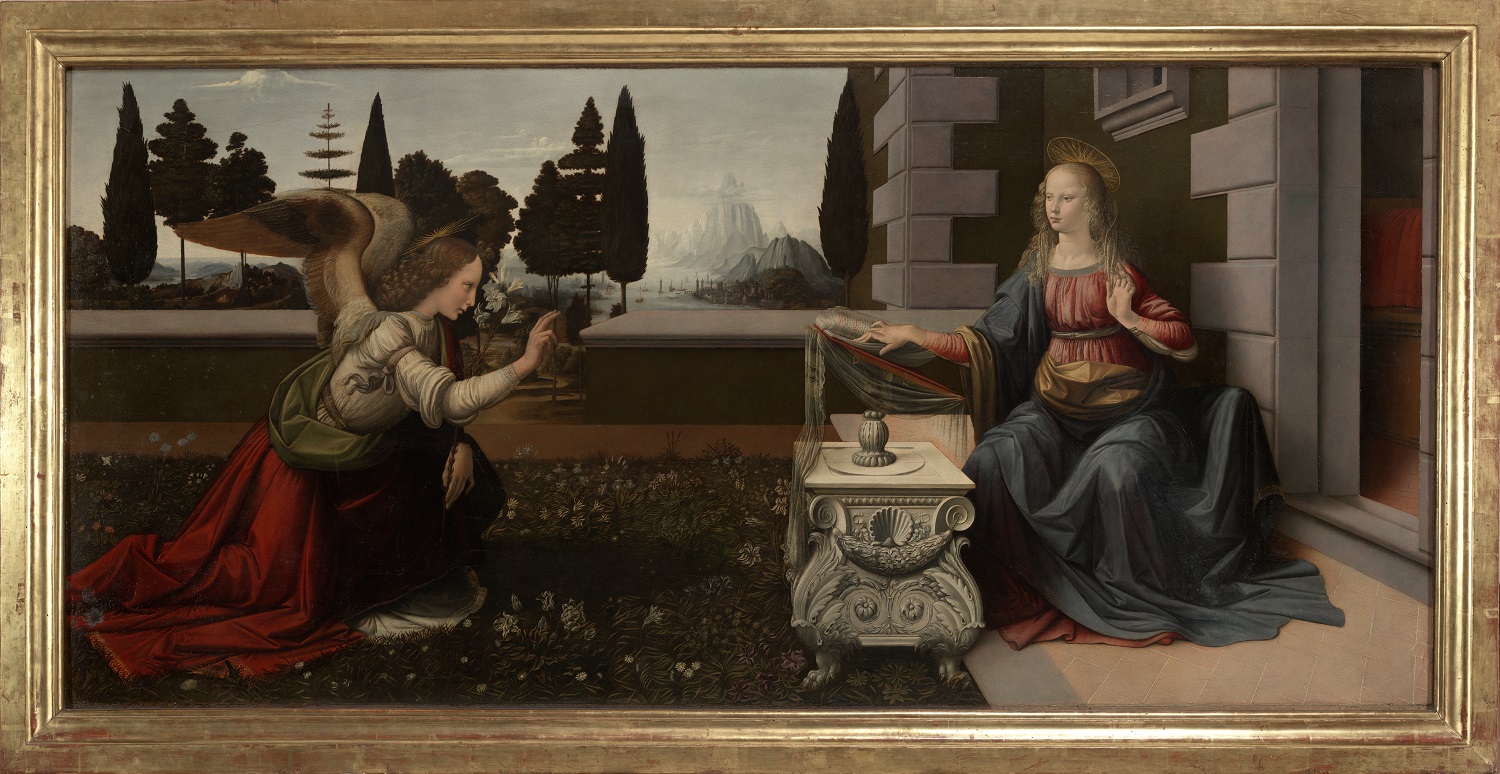 In the centre of the room visitors can wonder at the Adoration of the Magi, commissioned for the church of San Donato a Scopeto, and which was left unfinished when Leonardo went to Milan in 1482 to work for Ludovico Sforza. The painting underwent a five-year restoration at Florence’s Opificio delle Pietre Dure, financed by the Friends of the Uffizi. The altarpiece offers insight into Da Vinci’s creative process with some parts more advanced, while other brush strokes point to an infancy in style and technique. 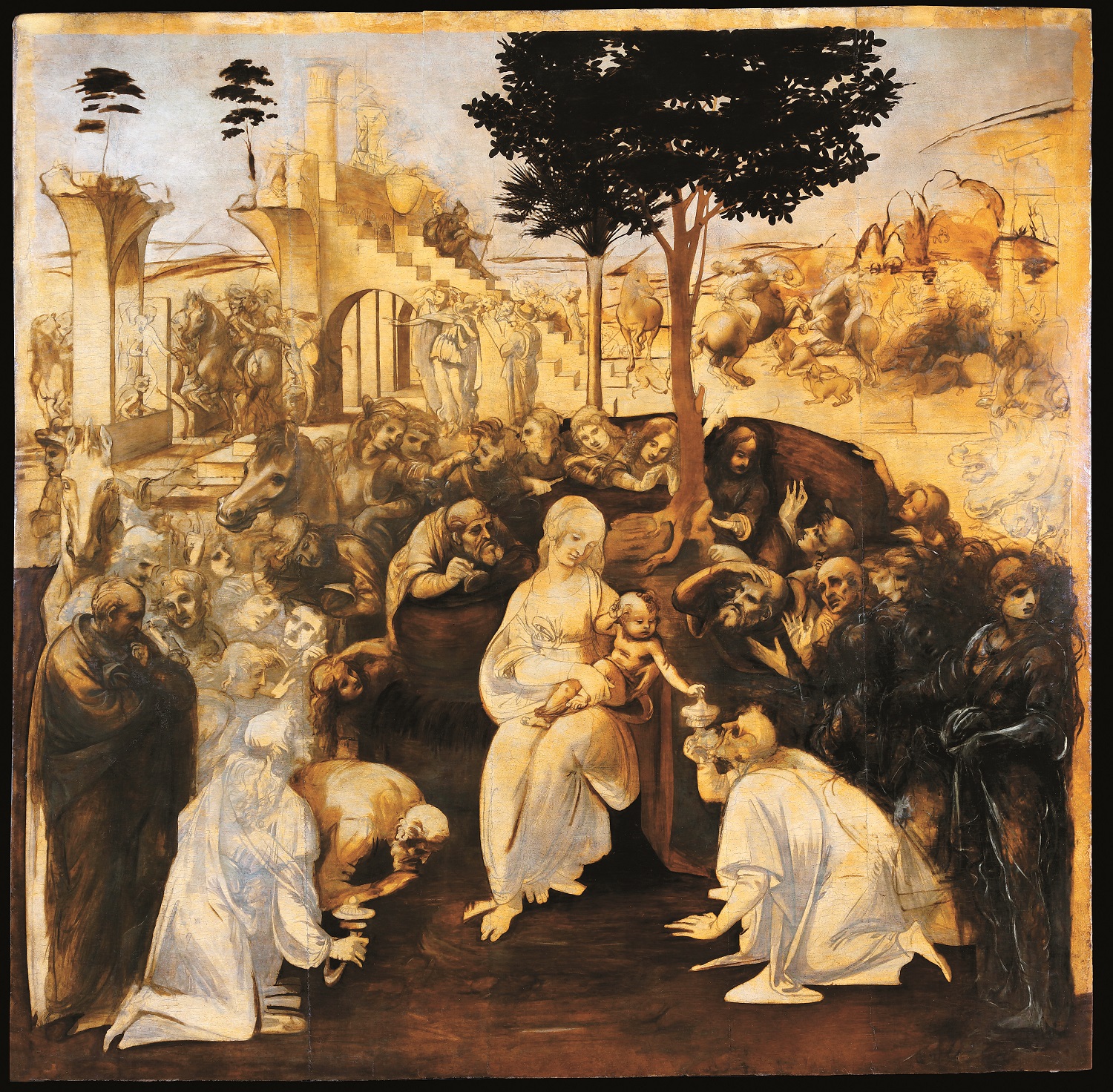 In a press release, director of the Uffizi Galleries Eike Schmidt explained the draw of the Leonardo Room. “The new arrangement has been designed not only to permit a slow, meditated visit, whereby visitors can compare the art and understand the stylistic evolution of Leonardo in his youth, but it is also correct in terms of art history, placing the artist’s works immediately after the rooms dedicated to the Florentine Quattrocento…It is part of a set of changes implemented to adjust the Uffizi to the needs of understanding by visitors as well as adhering to the museum’s educational principles.”