Gilded crosses top the onion domes of Florence’s Russian Orthodox church, but that didn’t stop a confused stranger from pointing Izzeddin Elzir in its direction back in 1991 as he combed the city streets for a mosque. Arriving from Hebron and settling in to study fashion, Elzir spent his first day in Florence registering for courses. By day two, he’d started hunting for a house of worship.

Toward the end of his first week, Elzir was redirected toward the synagogue, which closely resembles a mosque—“architecturally, 100 percent,” he says. Only the Hebrew characters on the building’s façade tipped him off that it wasn’t one. 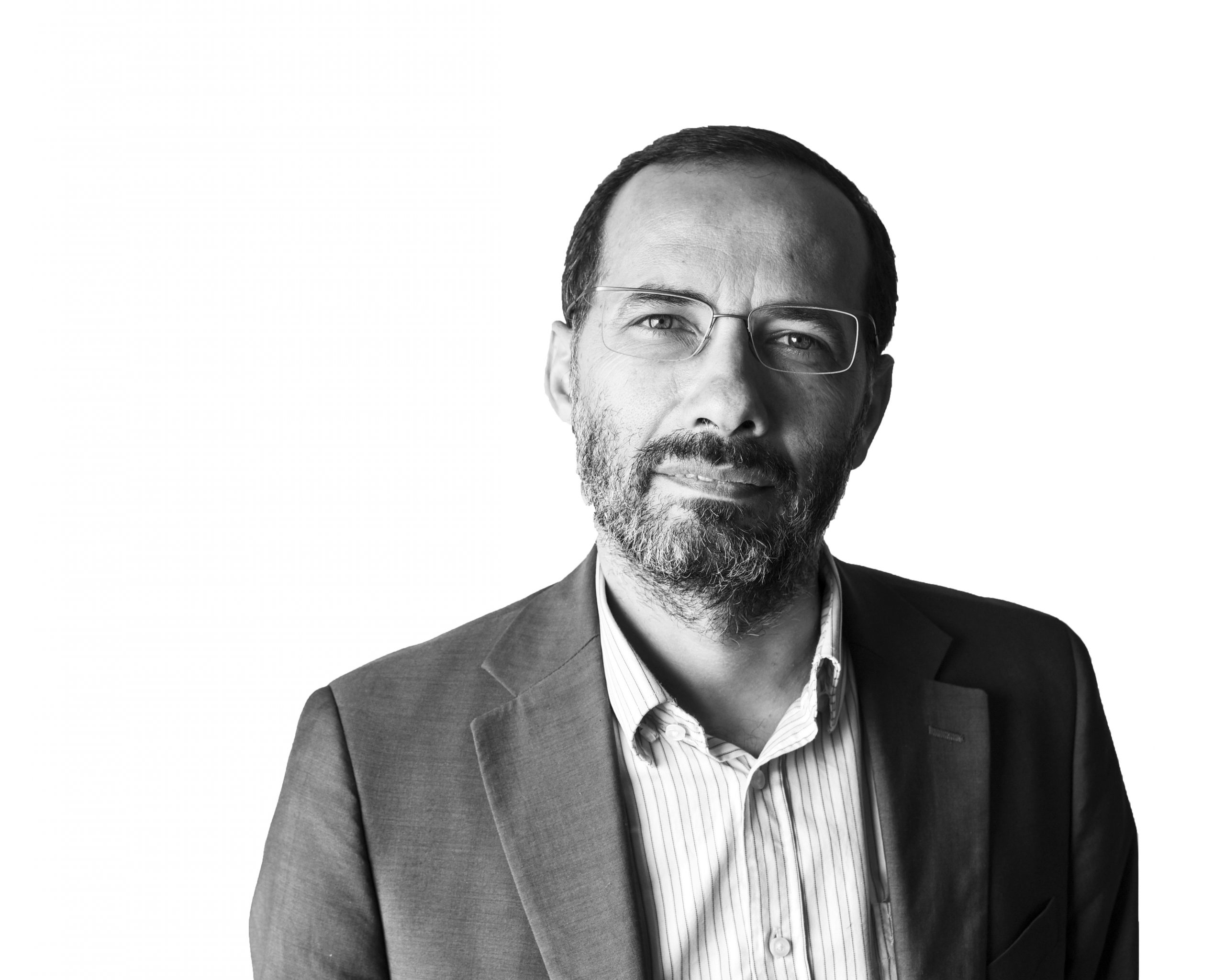 The well-intentioned strangers sending him to and fro were forgivable—and hardly isolated—examples of benign ignorance. No mosque nor designated space existed because “there just wasn’t a Muslim community here at the time,” says Elzir. “Some students, maybe a worker here and there.” He went on to become the longtime imam to the community that soon did take root.

Muslims worldwide will mark Al-Hijra, the Islamic New Year (1440), between sunset on September 10 and nightfall on September 11. Determined according to the lunar cycle, Al-Hijra commemorates the prophet Muhammad’s journey from Mecca to Medina in 622 CE, where he established the first Islamic state. The holiday is not one of Islam’s principal festivals, but it nonetheless encourages meditation on the year ahead and reflection on the origins of Islamic community. 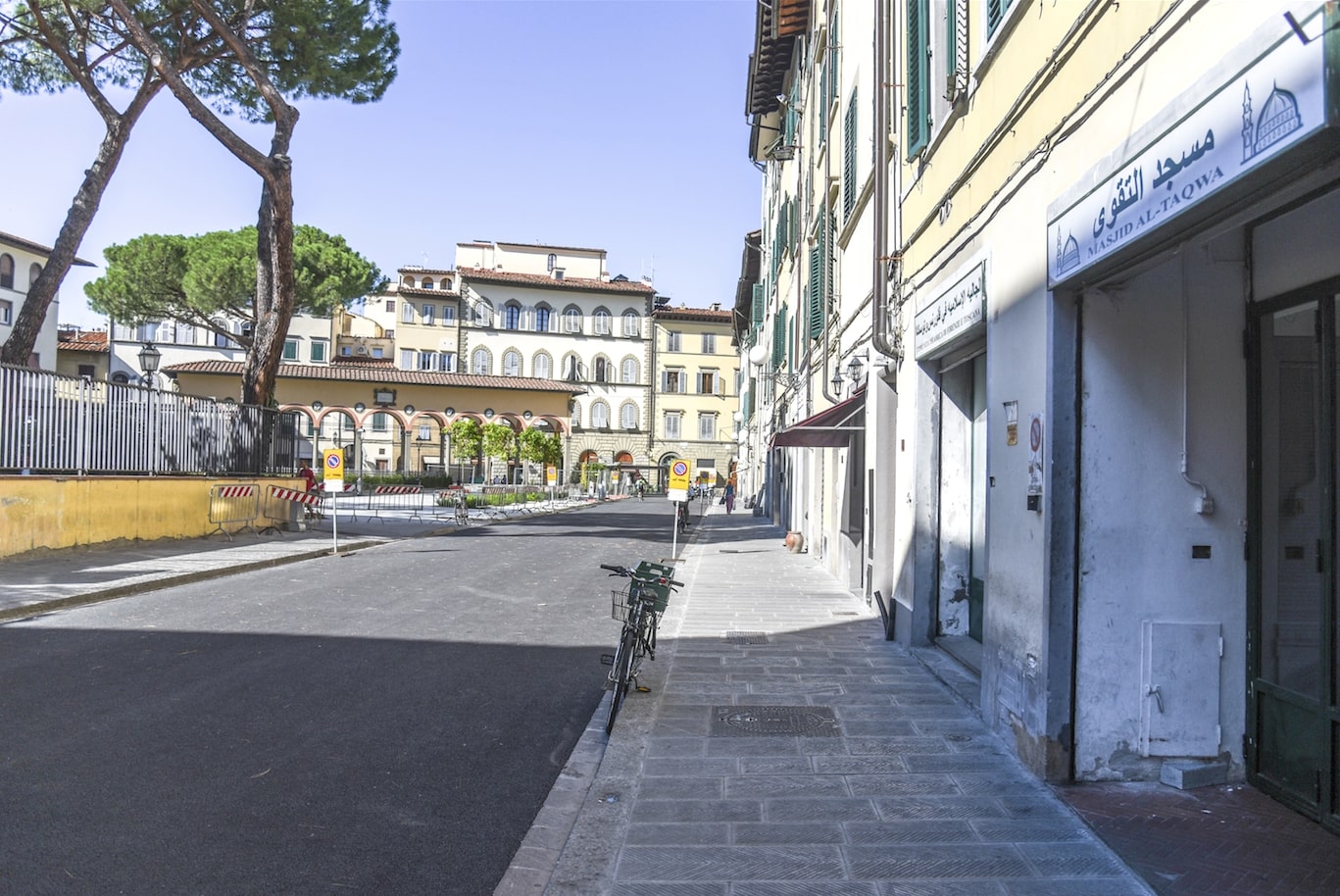 The local origins—those, that is, of any centralized body of worshippers—can be traced back to Elzir’s student days. Shortly after his inadvertent trips to Florence’s non-Catholic hubs, Elzir became determined to set up a prayer space for himself and a fledgling group of fellow Muslims. At the time, he was studying Italian at the Giorgio La Pira school, where the then-director gave Elzir and around ten others permission to use a vacant classroom for Jumu’ah, communal Friday prayers.

Word spread and when the group reached 30 regulars, they began renting a space on via Sant’Egidio. The first Muslim center in Tuscany, it was only a few square meters smaller than its present-day equivalent on borgo Allegri, a converted garage now startlingly insufficient for the community’s size. Today, up to 1,000 people attend the two Jumu’ah slots on Friday afternoons; crowds inevitably spill outdoors into piazza dei Ciompi. Some 70 prayer rooms are spread throughout Tuscany, and while Florence offers four alternatives to the central borgo Allegri location, only two of these (in the Isolotto and Sorgane neighborhoods) host Friday prayers. 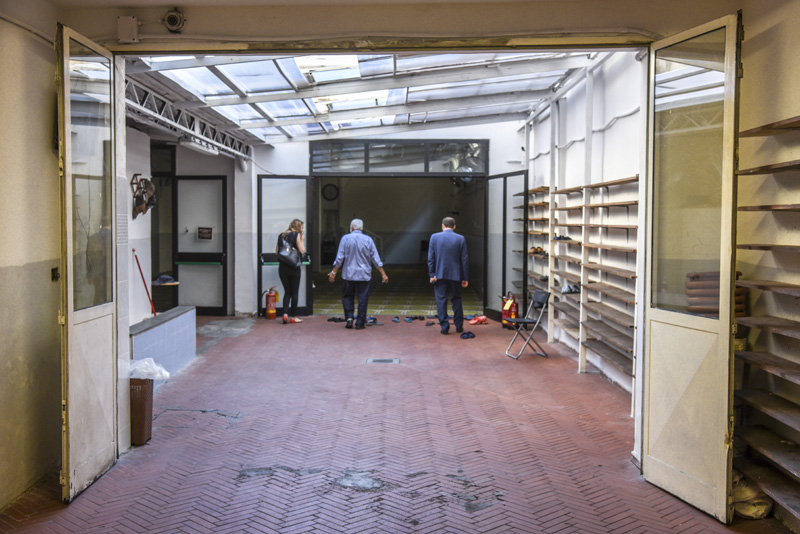 The most recent data from the Fondazione ISMU, a Milan-based multiculturalism and migration research organization, estimate Tuscany’s population of resident Muslim foreigners at 104,000. Not included in this tally are the many who have acquired Italian citizenship, nor those with undocumented status. Factoring in Elzir’s ballpark figures for those groups, as well as Italians and resident Westerners who’ve converted, the number climbs to 140,000—around 36,000 of whom are in Florence and the greater metropolitan area.

After nearly three decades as Florence’s (volunteer) Imam, plus a past role as president of the Italian Union of Islamic Communities (UCOII), Elzir feels that Islamic presence has evolved into a normal thread of the social fabric. “At least 51 percent” of his own desire to remain was rooted in his unplanned vocation and the shared purpose he found with “people who became my family,” he says. It helped that he found Florentines to be “welcoming and open…and difficult, too,” he laughs. Echoing a sentiment of many transplants, he quickly adds, “Once they’ve really gotten to know you, you’re one of them.”

This outsiders-as-insiders dynamic is likely what’s given rise to the years-long push-pull between Muslim worshippers and Florence officials as the former group seeks a more adequate central worship facility. Betraying fatigue, Elzir is rather unfussed about it today: “A great proposal might show up in the next two years. Never say never,” he quips. (The main issue, he says, is finding the space, not funds). 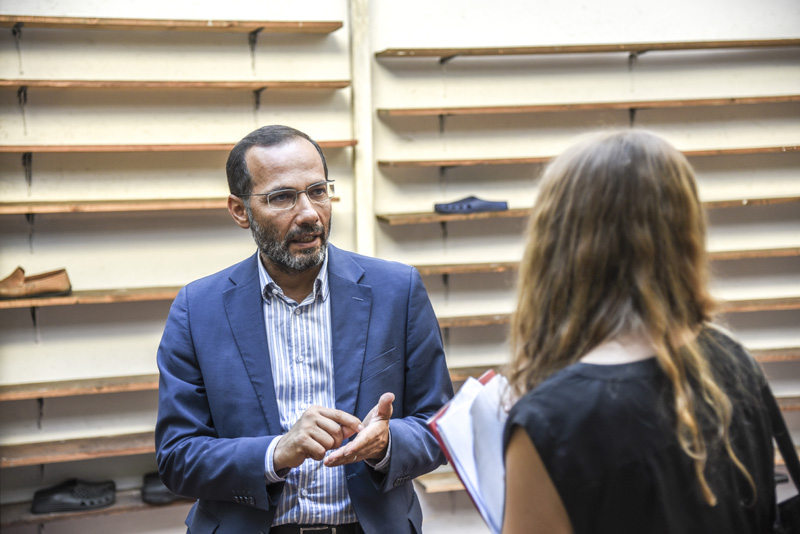 For the immediate future, he seems focused primarily on his messaging, as well as on the imminent plans for a mosque in Sesto Fiorentino. “By spring of 2019, a call for ideas should be opened, and everything will be done with the views of Sesto residents taken into consideration,” he emphasizes.

As momentum around the project builds, one facet of Elzir’s own vision has been making headlines. In what was presented by Italian outlets as a reneging of previous statements, in July Elzir announced that women and men will pray together in the Sesto mosque (though women seeking privacy will still have a separate room available). Asked to elaborate, Elzir explains, “It’s natural. I don’t see why, in today’s Italy, it shouldn’t be this way. We don’t do it here {in borgo Allegri} for space reasons, but any new space needs to be able to welcome and accommodate all of the faithful, together.”

This discussion of male-female relations launches Elzir into a mini-monologue on the larger problem of ignorance, both within and outside Islam. On mixed-gender prayer space, he continues, “Unfortunately, when one is ignorant, the easiest thing to do is just to become stricter, to say ‘no’ to everything. But seeking knowledge is central to Islam, and was to the prophet Muhammad. It’s when you’re without knowledge that you produce evil.”

Within a short time—indeed, perhaps within the Islamic year 1440, for the sake of thematic measurement—it will be tough for Florence residents of any religious persuasion to claim ignorance, even as what Elzir acknowledges as a “hate-filled political climate” deems it more acceptable to do so. Learning opportunities abound, and not just from the highly public Sesto conversation. Elzir resists taking a didactic approach (he’s wary of anything that could be perceived as a “conversion effort”), but underlines that Florence’s “Muslim” spaces belong to all, and frequently participates in interfaith initiatives. He’ll soon join other leaders in a September 6 conference hosted by the European University Institute at Palazzo Medici Riccardi titled “What is the problem with religion?”

Shortly thereafter, on September 23, the Uffizi and Bargello will conclude the two-part exhibition Islamic Art and Florence from the Medici to the 20th Century. Elzir and some congregants provided light consulting in its development, and a handful of their community figureheads will give family-geared tours during its remaining weeks. It’s a show Elzir finds encouraging for many reasons, but he repeatedly reflects on one in particular: “If such exchanges were taking place 600 years ago, why shouldn’t we keep having them now?”