Dabbling with the idea of vegetarianism whilst living in Tuscany? Stop that right now and join Tim Daish on his Florentine mini-tour of lampredotto vans.


“I’m writing an article. It’s going to be like SuperSize Me, but instead of Big Macs, I’m going to talk about lampredotto.”

“Morgan Spurlock did it for a whole month; it nearly killed him. How long you doing it for?”

It is standard for me to wake up yearning for a full English breakfast, but after much time spent vetting the tripe vans of the city, I know that the only thing that is going to “do the job” in this town is wandering across the way to chow down on vegetable broth-dipped, slow-boiled lower stomach of cow.

If you’re initially queasy about eating tripe (and I used to be and sometimes still am), most trippai offer a selection of lampredotto in a sauce of whatever is in season. You’ll find it alternatively made with carciofi, fagiolini, onion, tomato, spinach and so forth. Whatever the case may be, if you cover it in salsa verde and piccante, this will lessen the initial sensation of “what the hell am I doing?” 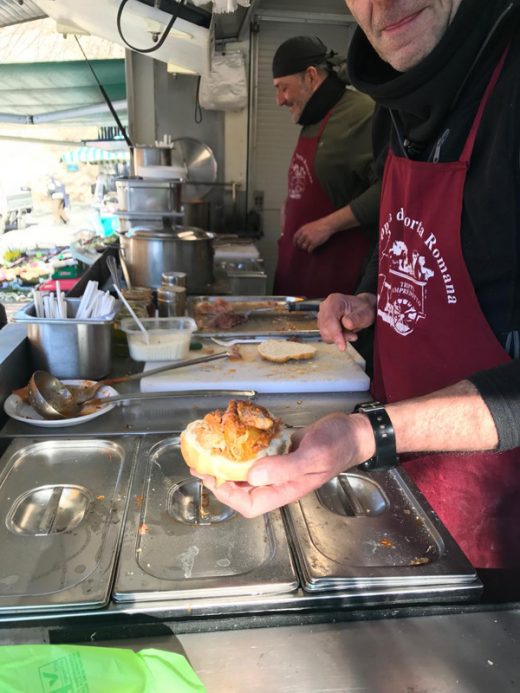 As a proper Brit, I love a good queue, and the queue at the Porta Romana trippaio is no letdown. It’s incredibly popular, just off the viali, so the punters park up, smash some intestine and off they go.

Whilst I was waiting on a lampredotto panino with carciofi and fagiolini last February, the queue at Porta Romana bonded by watching a triple-parked driver lose it upon getting a ticket while she walked her dog in the park next door. She went around the corner to the Carabinieri to file a report against the traffic police even though her car had been blocking the exit to the car park for at least 20 minutes.

One of the quirks of the Porta Romana cart is that it has two queues and after a year-plus of eating there I’m still not sure what the difference is between them.

The guys that work there are a well-drilled and good humoured food service team (bonus points) and their other offerings (stracotto/peposo/Francesina) all get Tripe Advisor’s seal of approval.

I’m in Sant’Ambrogio at Pollini: a father-son outfit (Sergio and Pierpaolo), with a smaller menu than others. It’s the first time I’ve tried lampredotto NOT mixed in with other ingredients because my friend and I get there at 2pm and the “doctored” lampredotto is, alas, already sold out. A deep breath and down it goes: pure lampredotto in a panino. I ask for it to be lathered in salsa verde, spicy sauce, salt and pepper. The lid of the bun is dipped in the broth and I brace myself.

Firstly, the bread is incredible which isn’t something you can always say in Tuscany, to be frank. (Crusty AND soft??!) The lampredotto is… well…it’s creamy and tender. Wasn’t expecting that. The sauces (made by Papà Pollini) are spot on. Wine is self-service at one euro for a plastic cup and although there isn’t much seating, a tiny shelf-table at the side of the van seats three. Hours are 9.15(ish) to 8pm on Tuesday through Saturday and Mondays until 3pm. Coffee after at the bar at Caffè Cibreo then Negronis wherever you like. Mick Jagger couldn’t get no satisfaction, but perhaps he’d never been to Pollini. 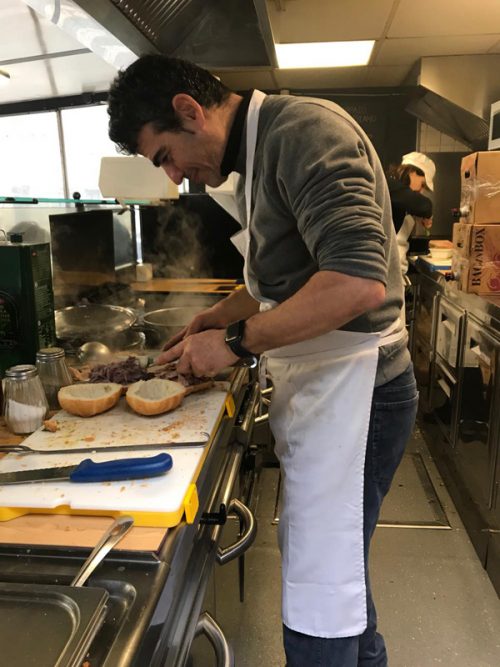 I’m feeling sluggish and slightly dizzy and am forced to wear dark glasses. Is this the effect of TWO days in a row of lampredotto or discomfort induced by one night of drinking? Perhaps I’ll let the people decide in an advisory referendum.

But because I’m not the former UK prime minister, I’m off to piazza Nerli to Il Trippaio di San Frediano, run by Simone and Barbara (siblings) since 1999. The menu is ample. After two days on near-pure lampredotto, I see they have a lightened-up option with leek and spinach, but decide to switch things up, opting for a Francesina, which was brought to Florence, Simone tells me, by Caterina de’ Medici.

Originally it was leftover steak thrown into a soffritto of onion, tomato, carrot and celery. I take it with spicy sauce, and it’s fantastic. Thank you Caterina. Here there’s lots of seating and the menu offers locally made tortellini, burgers, hot dogs, the works.

There are many other lampredotto vans around Florence and their standards are high. Buckle down and bite into one of these panini, or any claim you might already have to fiorentinità will soon fade.

Adapted from an article by Suzi Jenkins

Lampredotto
Uniquely Florentine specialty, made from the cow’s fourth (and only “true”) stomach, called the abomasum. 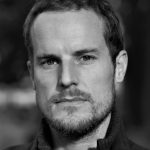 Tim Daish is a British actor, director and producer. Florence has been his home since 2015. For info on his acting workshops at the Florence Movie Academy, see www.florencemovie.it.