Pups peeking out of bike baskets or strutting down sidewalks are found at every turn in Florence, but the Shop Dog is a specific, smile-boosting breed of canine found here in droves.

“Pet people” can probably agree that few surprises are so pleasant as seeing a wagging tail on a wide-eyed dog when out running errands. Pups peeking out of bike baskets or strutting down sidewalks are found at every turn in Florence, but the Shop Dog is a specific, smile-boosting breed of canine found here in droves. Spot them snoozing behind cash registers and bar counters, standing guard in window displays or nuzzling up to customers, at once melting hearts and inducing purchases. We chose a trio from the tons around town, all of whom trail biscuit-toting masters around their businesses in slow moments and charm (or alarm) visitors in others. 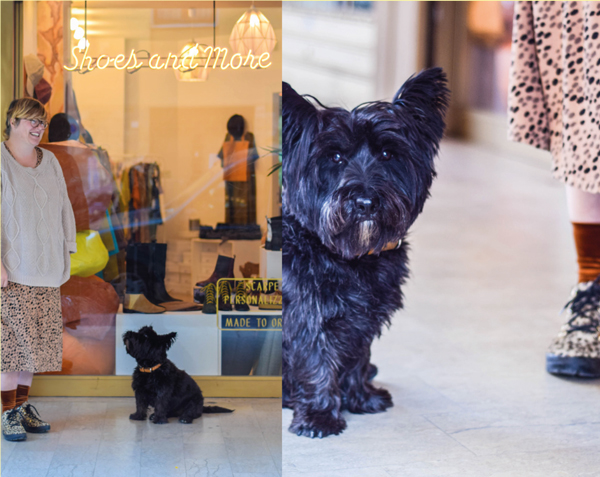 A veritable pinup pup, Reggie is a nearly 4-year-old Scottie-Westie mix hailing from Dover, England, where her human Rachel, head designer for New Kid, the brand sold at Shoes & More, picked her up after a long search for a pointy-eared terrier. Mercifully for the shop’s merchandise, Reggie isn’t too keen on footwear as a snack, unlike many of her canine cohorts. Her main vice, in the tradition of many great divas, is attention—according to Rachel, “Reg” is a shameless showoff with customers, including one regular named Susanna who often stops by with her three dogs. They’re docile types who would never attempt to dethrone the queen, yet palpable pup tension clouds the air when such a high saturation of cuteness steps onto Reggie’s turf. 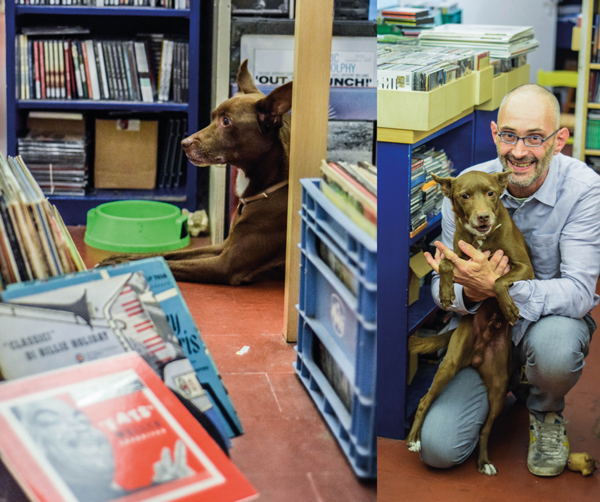 “Don’t let the dog out!” pleas a sign at the entrance of Twisted, a music shop led by Stefano, the other (human) half of Ivan, an 11-year-old Pinscher mix and resident guard of the record collection. Ivan, a former Calenzano stray with an adventurous streak, once wandered outside after a would-be mate, resulting in the “worst two hours” of Stefano’s life: “I rode my bike all over the Oltrarno, yelling ‘Ivan!’ like an idiot,” Stefano recalls. Doggy-world divinities intervened, and a woman who’d stumbled upon a disoriented pup in San Niccolò saw the screaming shopkeeper and did the math. Since then, the sign has ensured the door stays shut, keeping Ivan safe well into his “Golden Oldie” years. The only imperfection in the duo’s music-junkie dream life? Ivan reacts rather indifferently to the various records Stefano spins each day—seems he’s only particular about treats, not tunes. 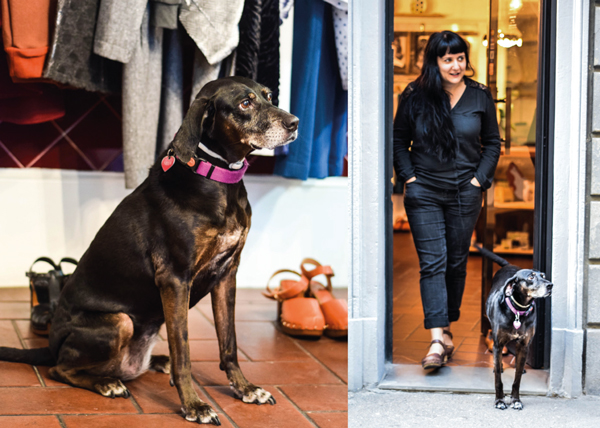 Nine-year-old Nilla has a story that tugs at the heartstrings. Discovered roadside in Sardinia, she was abandoned by both the first family that found her and the second that took her in, sweet eyes and tender disposition notwithstanding. Eventually landing in Florence’s main dog shelter, she found her forever home with Herika, a jeweler and owner of the clothing and accessories boutique Nokike, where Nilla spends her days curled up on her cuccia under the cash register or roping customers and her companions into impromptu games of fetch (with speed tempered somewhat for the tiny setting). When not extending paw-shakes to new friends or perking up at alluring scents, Nilla’s likely to be found sipping water from her bone-shaped dish, which she generously shares with thirsty “puppersby”.