Ask around and the city folk of Florence will tell you the Maremma, in the region’s south, is rural and, let’s be honest, a little backwards.

If you ask the same question in the Maremma however, they’ll plant their feet, cross their arms and tell you the only part of their province that’s backwards is Castell’Azzara and its surrounding mountain towns, thank you very much. 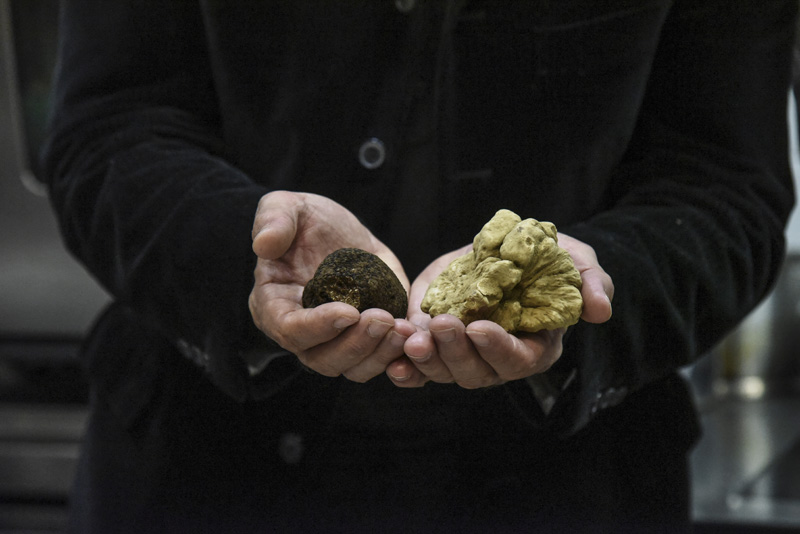 This tiny spot in the shadow of Monte Amiata is rural even for the self-proclaimed country folk of the Maremma, which makes its welcome sign all the more adorable. It reads Benvenuti alla Città del Tartufo (‘Welcome to the City of Truffles’) and you can bet they catch plenty of flack for it. I couldn’t even mention the town’s name without the other person pointing out the irony of this sign.

I arrived in Castell’Azzara on a grizzly Sunday afternoon in autumn with a mission in mind.

Castell’Azzara is by no means a city. The Maremma’s largest town more than 50 kilometres to the east is hardly a city, but I appreciate the optimism of a destination that insists on calling itself a city even when its population falls just shy of 1,500 people, or as the locals call themselves, Castellazzaresi.

I’m in town specifically to talk to these Castellazzaresi, or more accurately to get them to reveal the secrets of truffle hunting.

Castell’Azzara is one of Tuscany’s largest truffle producers. Not just the microscopic black truffles you find floating in tiny jars of nondescript liquid at your local supermarket, but the gigantic and universally prized white summer truffles. In 2014, they found one that weighed 1.1kg. No one knows who bought it or for how much, but white truffles are normally sold for anywhere between 500 and 1,000 euro per 100 grams.

Castell’Azzara’s forests produce nine varieties of truffles, which means they have an almost constant supply. They also have an association, the Associazione Tartufai dell’Amiata, the folks behind the cutesy welcome sign. Turns out all of Italy’s truffle growing towns share the Città del Tartufo accolade. 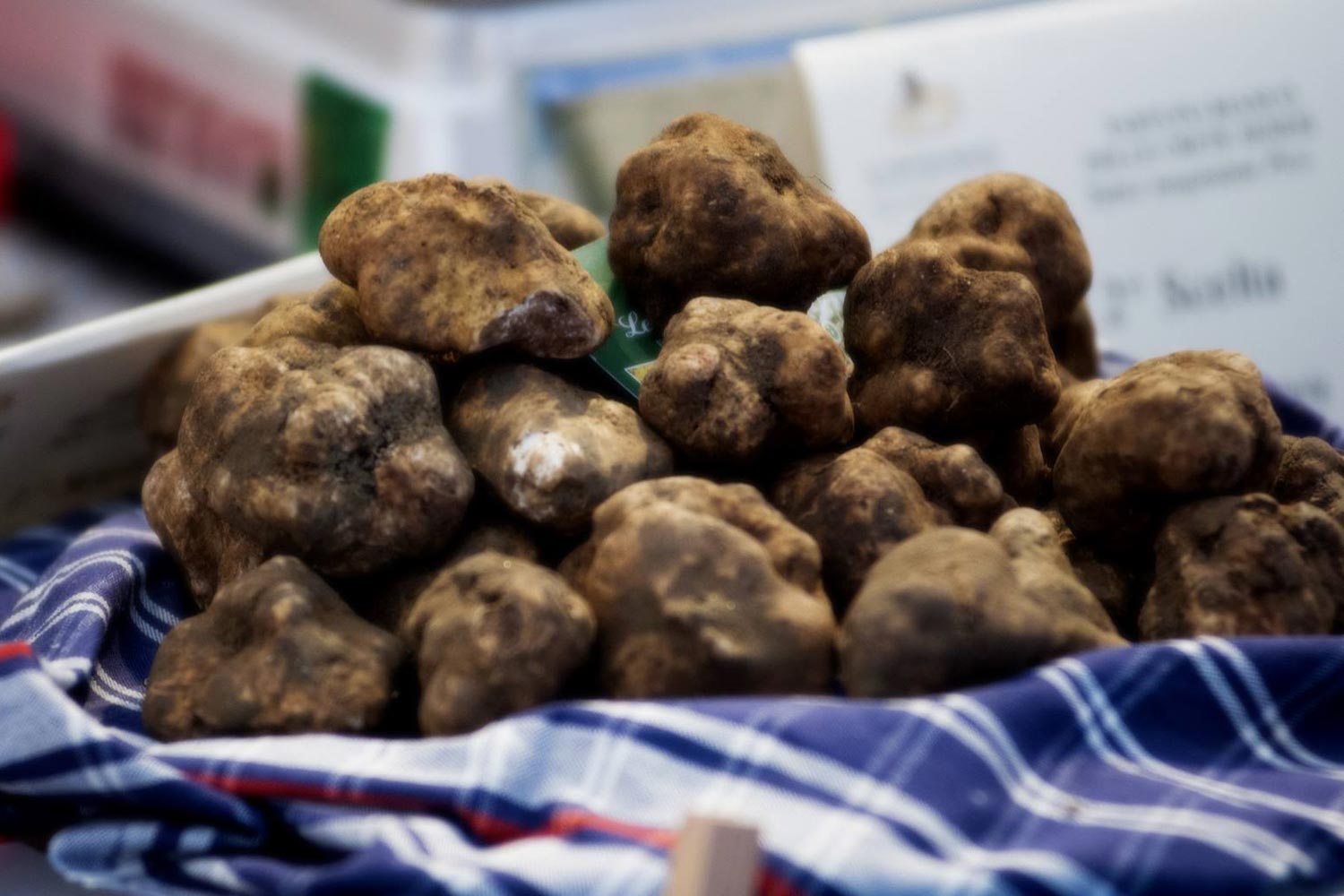 But despite this association, the hefty price tags and record-breaking finds, the locals I spoke to were nonchalant about their abundance of luxury ‘shrooms.

I’m with Luciano, a family friend who is originally from Castell’Azzara. We stop to chat to a group of local nonni and I ask them about truffles.

“In a good year, you can find them all over the beech and oak forests around here,” says a man who goes by Cuperlo. His attitude is one of complete indifference, chatting about truffles with the same disinterest one might use to talk about porcini mushrooms.

(If you’re not from around here, porcini mushrooms are big news, I know. The first time I found them in the forests around my house, it was more exciting than all my previous birthdays combined. But finding porcini mushrooms is no biggie to the Maremmans and in an effort to blend in, I play it cool).

I asked Cuperlo if truffles grow in the same conditions as porcini mushrooms. He wouldn’t go into specifics, but he lets me know that truffles are extremely finicky. They grow on the roots of trees and the pH, moisture and minerals in the soil all have to be perfect.

Still, he makes it sound way too easy.

Castell’Azzara truffle association is undertaking a controlled truffle growing experiment within the Riserva Naturale del Monte Penna and it’s impossible to tell if these nonni are true tartufai (truffle hunters) or terrible gossips, but they seem to know their stuff.

“Each type of truffle has its own perfect environment,” says fellow bench nonno Paolo Fontini.

“Black truffles, for example, like places that aren’t too cold or too hot. You need to learn to read the weather if you want to find truffles. White truffles are the rarest. They are almost impossible to find.”

I leave the nonni to their gossip and convince Luciano to humour me with a walk in the forest. The undergrowth is a mind-boggling mess of thick vines and towering trees. It’s surprisingly warm and humid despite the cool temperature and you don’t get far without brushing up against something the locals call pungitopo. We call it butcher’s broom but the Italian name, which literally means ‘mice poker’, is way more fun. 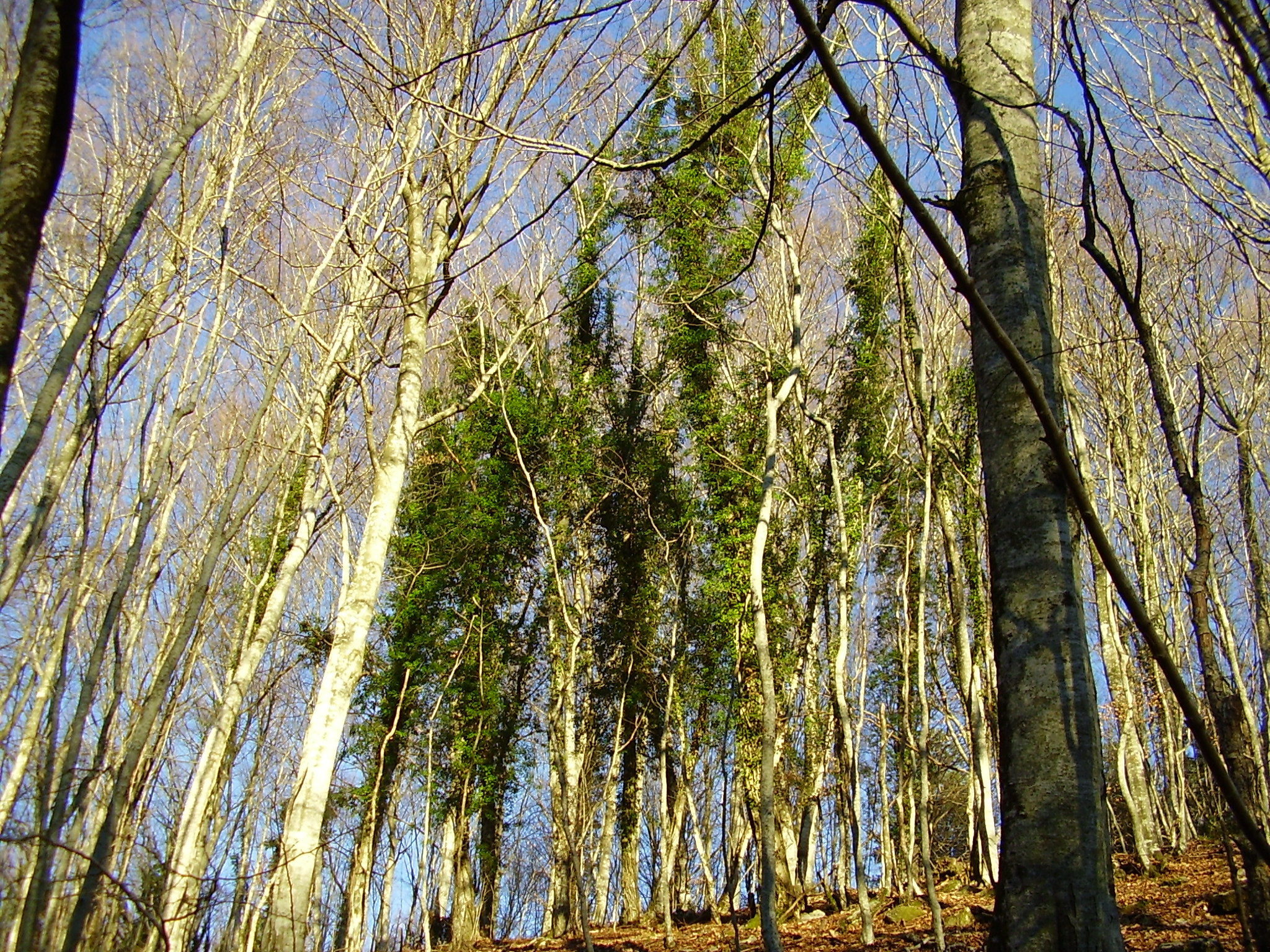 There is not even the slightest chance I’ll find a truffle. You need years of experience to recognise the precise environment needed for truffles to grow. They aren’t visible above ground and despite the locals’ bluster, they aren’t as common as you think.

Luciano tells me some locals look for tiny holes at the base of a tree. These are made by truffle-seeking rodents and usually mean fungi gold is nearby. But if you want to get serious, you need a well-trained dog. Up here they use the Lagotto Romagnolono—no pigs allowed. No, seriously, truffle pigs have been banned in Italy since 1985. They damage the roots and don’t share the truffles.

Castell’Azzara is not what you’d describe as the most aesthetically pleasing town. Built primarily to house workers of the post-war coal mines, the town is a compact and bleak array of block-shaped palazzos. Knowing this, I can’t understand why they don’t promote the treasures lurking just beneath their soil.

Castell’Azzara has one festival dedicated to its truffles. It’s on in July and it’s nothing more than a giant open-air restaurant where you can try fresh truffles for the price of a McDonald’s Happy Meal.

I’m surprised the town doesn’t do more. Primarily because it has nothing else going for it. But also because I know plenty of foreigners who would give their right arm to see, seek and taste Tuscan truffles.

I say as much to the bench nonni.

“Truffles are part of our tradition,” says Ottaviano Benicchi. “We’ve been eating them since we were children. You don’t get excited about biscuits and coffee, do you? No, because you eat them every breakfast.”

I don’t eat biscuits and coffee for breakfast, but I understand what he’s saying and all the other nonni are nodding in agreement. It’s hard to celebrate something that is so commonplace.

Still I refuse to leave Castell’Azzara disappointed. For all its backwater spirit, it’s a taste of authenticity in a Tuscany that’s increasingly inauthentic.

The locals can’t imagine why you’d ever want to visit, but they’re happy you’re here and eager to bend your ear and tell you the best places to eat.

It’s precisely the latter that is my last stop in Castell’Azzara. I treat Luciano to lunch at Aiuole, 20km outside of town. This restaurant is no secret. It’s a fixture in most culinary guides, but I love it. It looks like a cheesy ‘80s ski chalet and cooks seasonal mountain fare like chestnut polenta, wild boar in chocolate sauce and those much coveted but ever-elusive truffles.

You’ll find fresh truffles on the menu in most of Monte Amiata’s and the Maremma’s restaurants during autumn and winter, or roughly from October to early February.