What if Flush the cocker spaniel were a millennial? 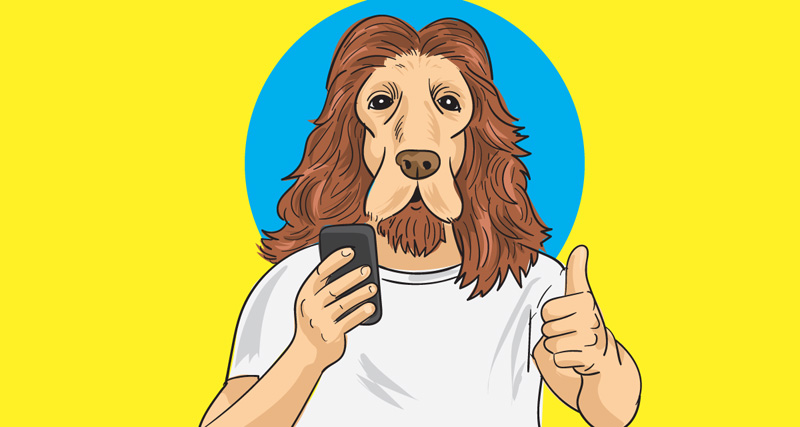 Just sniffing around #Florence with my human @ElizabethBB who calls me her “Pretty Sportive Friend”. OUT NOW: @VirginiaWoolfReal’s “Flush” (yup, it’s me!) Fetch your copy > amzn.to/2Ao8KJN 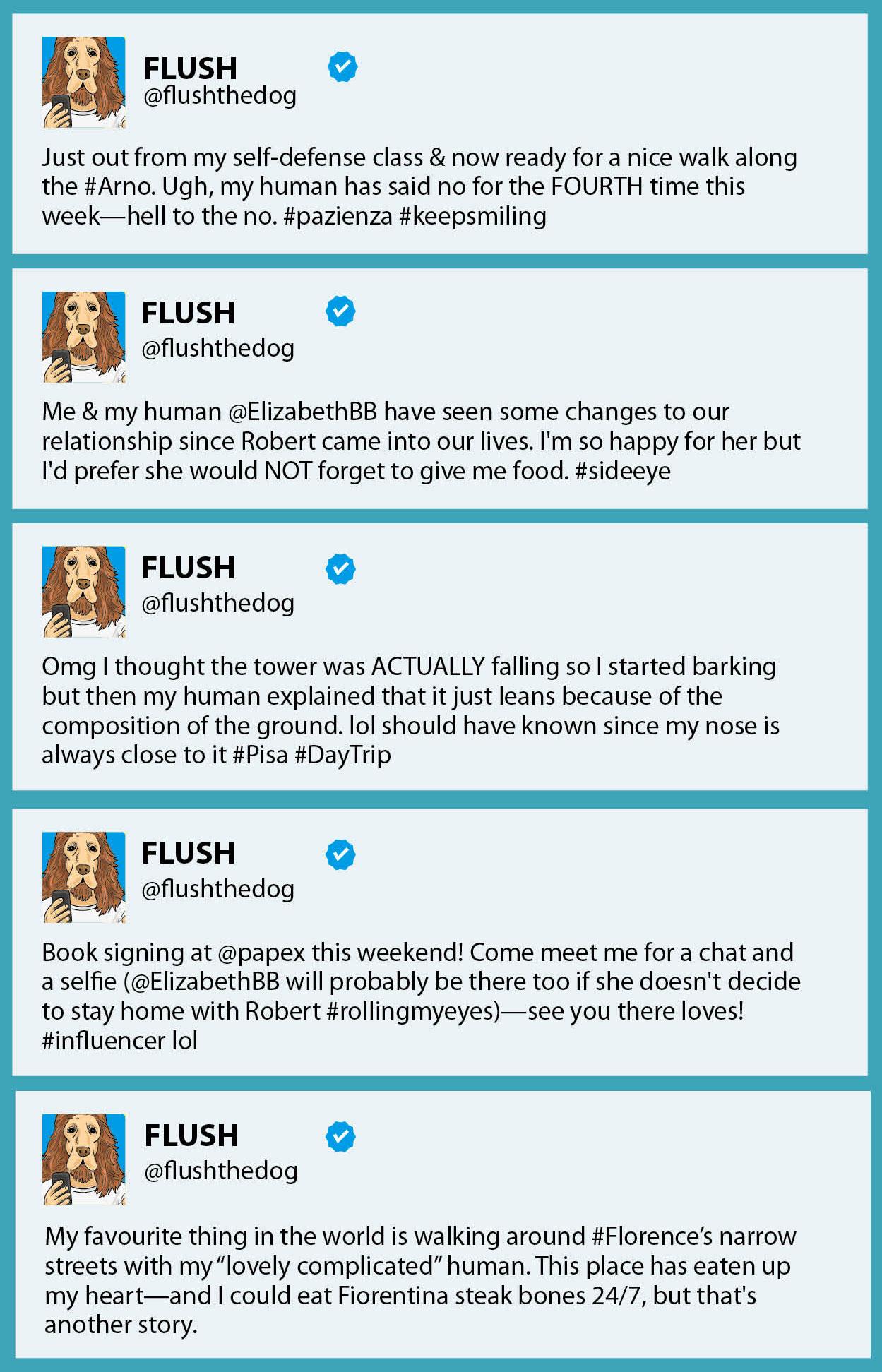 Flush was a cocker spaniel who the beloved English poet and Florence resident Elizabeth Barrett Browning kept as a therapy dog. After formative years in the countryside, Flush spent time in London, behaving with the decorum of a dog conforming to The Kennel Club’s guidelines. With his desirable traits, Flush was a target of kidnappings, and was only returned after a large ransom was paid. This left the poor spaniel with symptoms of trauma. Soon after his third kidnapping, Flush and Elizabeth set off for Italy. By the time he arrived in Florence, where he mingled with mongrel dogs, Flush understood that his upper-class British experience was not universal. He became liberated: running in the grass with no leash, exploring churches, and enjoying the cuisine of the city, he immersed himself in the Florentine lifestyle (not to mention smells, a theme explored in Virginia Woolf’s delightful novella Flush, told from the point of view of the dog and shedding light on the life of Elizabeth, too). Elizabeth’s final resting place is Florence’s English Cemetery, while Flush’s memory looms over Casa Guidi, “six paces from piazza Pitti,” where the Brownings resided for over a decade.