The most magical time of the year sees Christmas lights dangling, trees adorning piazzas and the return of our favourite holiday markets (mulled wine, anyone?) as we scout for presents. The region is especially enchanting at Christmas time, with traditions to be found in every town and hamlet. 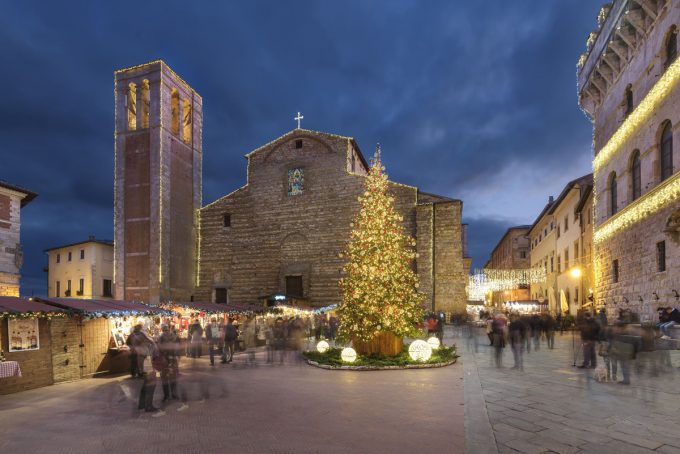 Here are a few of our favorite nativity scenes, known as presepi, in Tuscany. 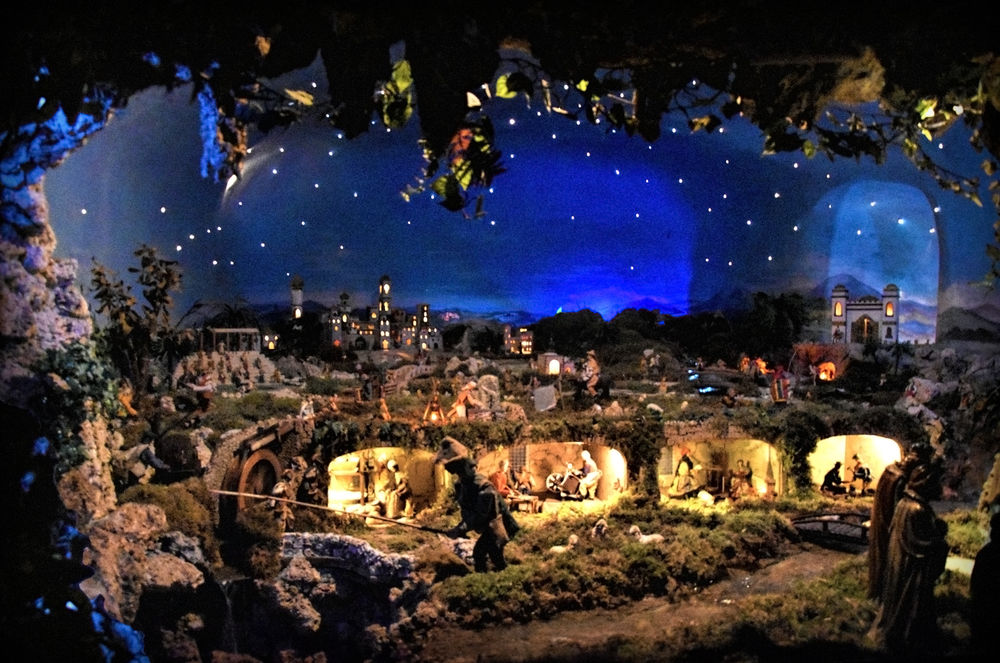 Aulla boasts one of the oldest mechanical nativity scenes in Italy.

The 11,000-strong town of Aulla in the northernmost reaches of Tuscany, on the border with Liguria, boasts one of the oldest mechanical nativity scenes in Italy, dating to 1935, when young Silvio Marino Baldassini jokingly used scrap materials to craft a presepe in the Church of San Tommaso Becket. Think bicycle tires, chords, a fan motor, gears and gadgets: it may not sound magical but the interesting site has become a mainstay in Aulla’s Christmas traditions. The scene also hides a secret: part of the set is made with stolen German military equipment. During the occupation during the Second World War, townsfolk would sneak to a nearby armoury at night to tamper with their gear and take pieces to help build the nativity scene. 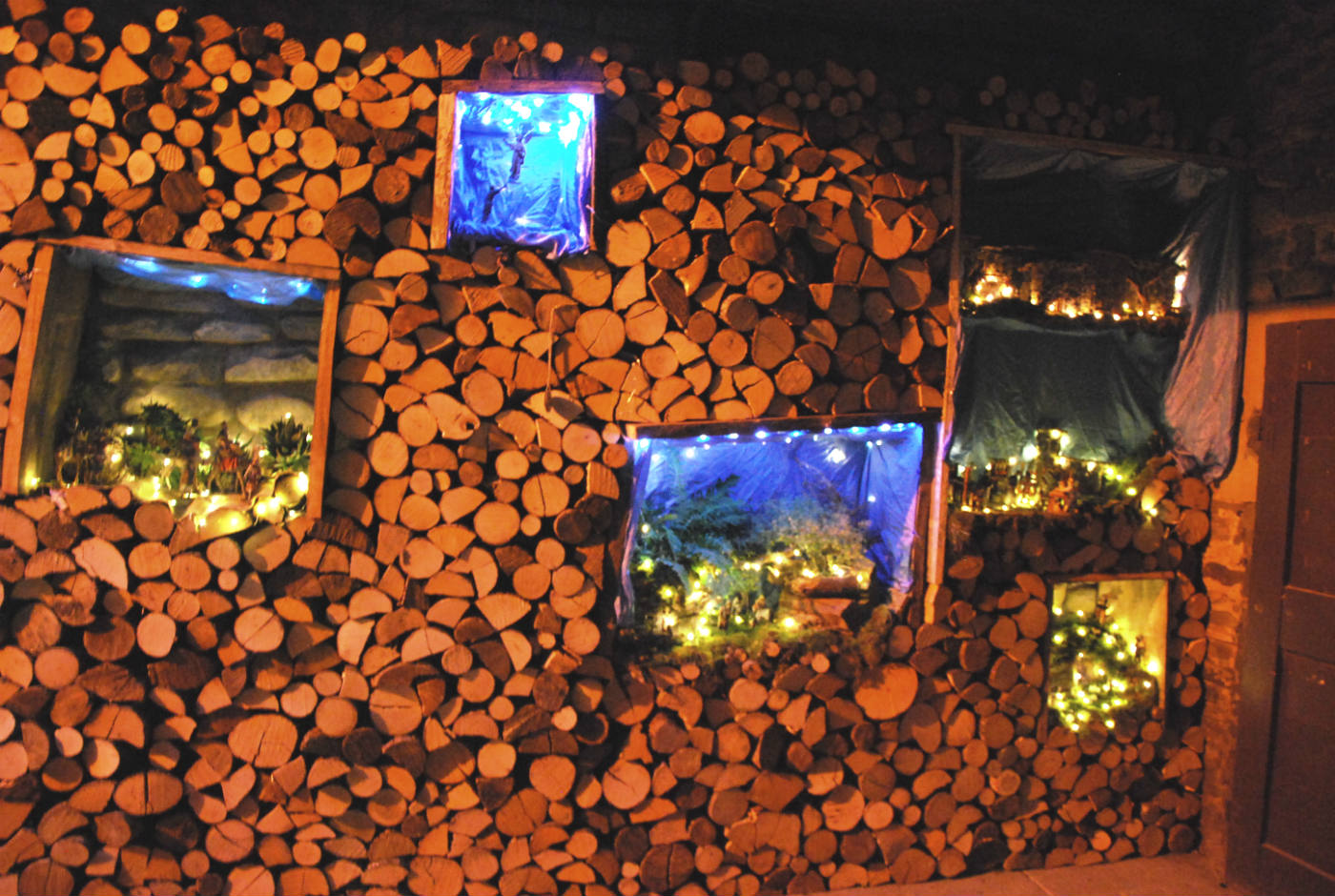 Christmas in Palazzuolo del Senio is a sight worth seeing, despite the trek practically to the Emilia-Romagna border. 100 Presepi per Palazzuolo is the annual event dedicated to this traditional holiday symbol, when visitors and locals can find nativity scenes all over town. Every nook and cranny, window display, garden and corner of this enchanting place vaunts a different take on the Christ Child story. During the showcase, which usually runs from December 8 to January 6, the Immaculate Conception and Epiphany respectively, everyone can vote for their favourite creation and the top three winners are given an award. Palazzuolo del Senio also organizes a nativity play at sundown on December 26. 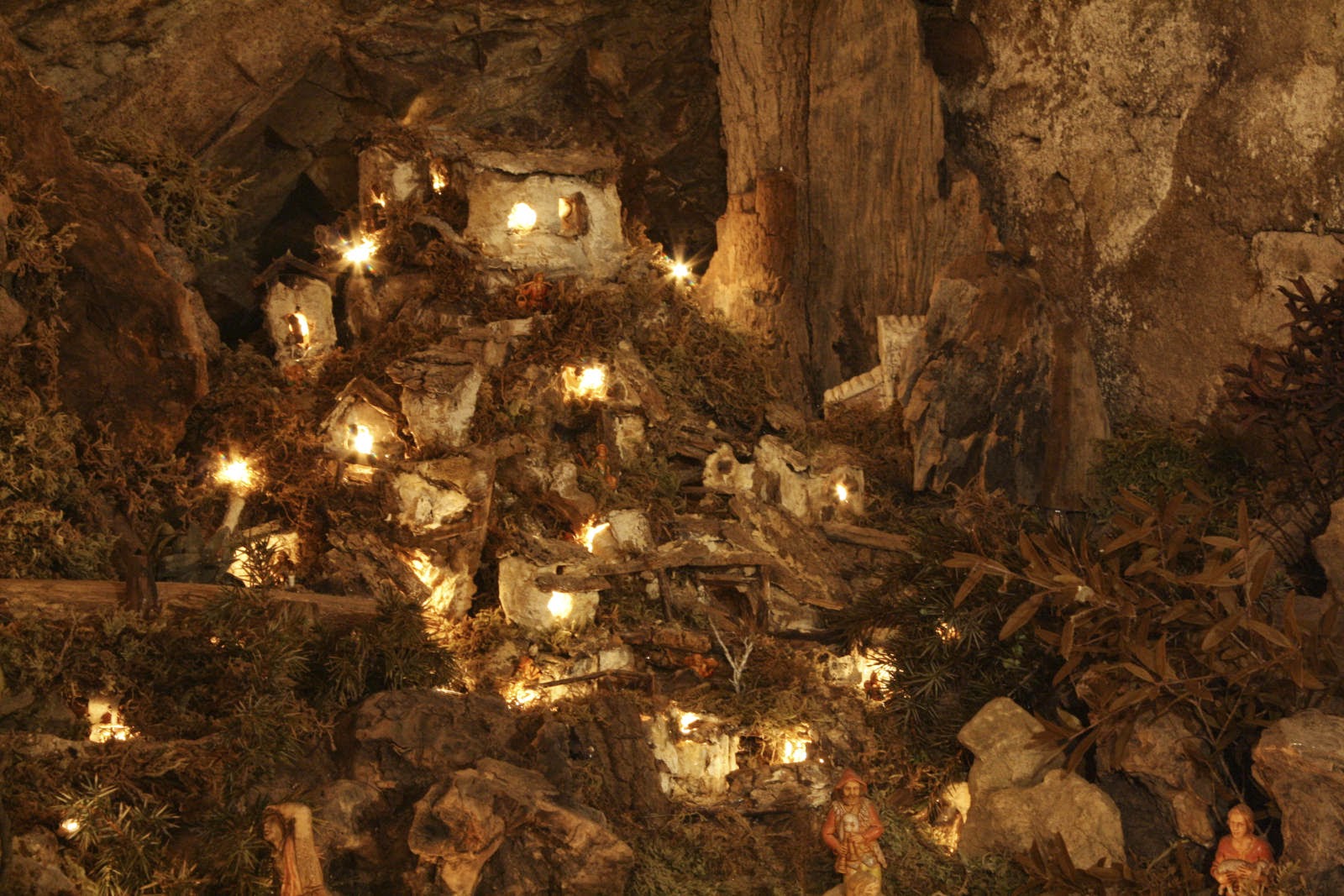 In San Giovanni alla Vena, 25 minutes southwest of Pisa, is the one-of-a-kind Presepe dell’Angelo. Built in a recently restored wine cellar, the nativity is the work of artist Angelo Perini, who uses olive wood, running water and figures large and small to bring to life the scenes of one of history’s best-known stories. Perini carved many of the wooden pieces by hand and collected the figures on his travels around Italy.

In the province of Pisa, Guardistallo is home to a grassroots movement when it comes to nativity scenes. Families across the town build their own versions of the story and display them in windows, on terraces or wherever they’re most visible. Each one is creative, original and made from a variety of materials, from papier-mâché to terracotta, plastic and paper. Some of the most unique interpretations have included scenes carved into bread loaves, placed inside bottles or made with hair curlers. Others have been drawn on t-shirts and constructed out of keys. In Guardistallo, creativity knows no bounds. 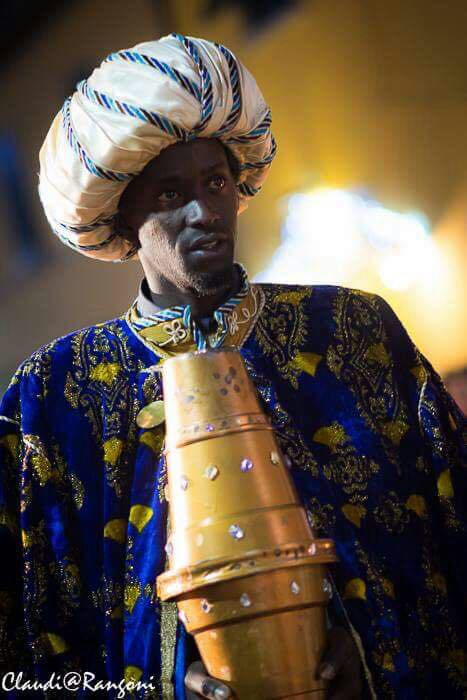 Grassina is home to one of the most impressive and best-attended nativity plays near Florence. The procession of the three kings and shepherds leaves from the headquarters of the Centro di Attività Turistica before winding through the town and ending in the main piazza, where the kings bring their gifts to Baby Jesus in his manger. The characters are played by Grassina locals, underlining the nature of community that characterizes these initiatives and the sense of tradition that has been passed down from one generation to the next. 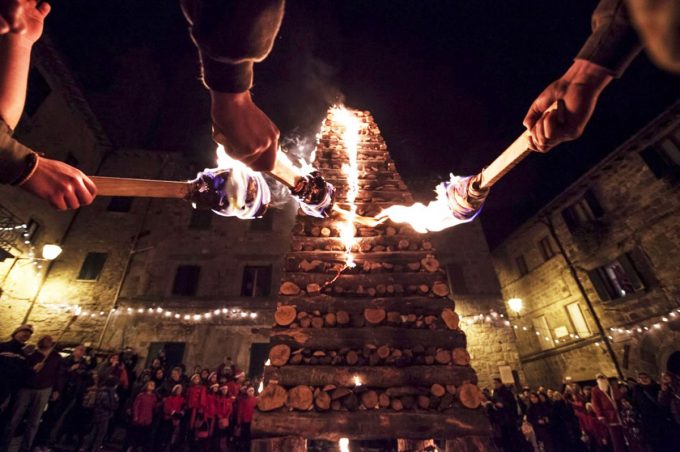 #AMIATA / Up in flames

Christmas Eve in Abbadia San Salvatore is not just about waiting for Santa. Southeast of Siena, the townsfolk set fire to massive stacks of wood in front of the old abbey (hence the place name) and at various spots in the lead up to midnight. It’s known as the ritual of the fiaccole, or Christmas torches, and dates back to before the year 1000 when residents of the villages along the pilgrims’ way to Rome, the Via Francigena, would venture to the abbey for midnight mass, so fires were lit to enable the faithful to find their way. The first bonfire is lit by the town hall at 6pm and the festivities continue as songs are sang along the streets.

#PISA / Concert at the Cathedral

Get into the Christmas spirit at the annual concert held at Pisa Cathedral. On December 15, at 9pm, those lucky enough to score tickets will be treated to a smorgasbord of classical tunes performed by the cathedral’s own choir, Bologna’s Orchestra Senzaspine and Pisa’s G. Buonamici Music School Children’s Choir. Conductor Riccardo Donati, alongside sopranos Elisabetta Lombardo and Jennifer Schittino, contralto Sara Bacchelli and tenor Matteo Michi, will gladden your ears with music by Vivaldi and Irving Berlin’s White Christmas.

Tickets are free and can only be collected from Pisa’s Museo delle Sinopie on December 14 and 15 between 9am and 5:30pm; phone or email reservations are not allowed.

Maybe it’s the pull of the wine or the allure of Tuscany’s rolling hills, but Santa takes up residence at Montepulciano Castle every winter. During Natale a Montepulciano, take your children to meet the world’s most famous bearded man in the town’s medieval fortress before treating them to a pony ride and a spin around the ice rink. Once they’ve worked up an appetite, head for the Christmas market: 80 or so wooden huts serving local dishes and piled high with gift ideas: tree decorations, confectionery, leather goods and handicrafts.