Filmmaker Alessandro Cassigoli is not all that prolific an Instagramer, by the looks of it. He hasn’t posted anything in close to two months, and has yet to reach the nice round number of 20 photos. But the documenting of everyday minutiae and logging of friends’ lives, well, he was doing that long before Gen-Z kids and salaried social media stars made it cool.

At least he was in his twenties, anyway. Longtime friend and fellow filmmaker Casey Kauffman reminisced recently, “Ale filmed everything. And he was the only one doing it!” 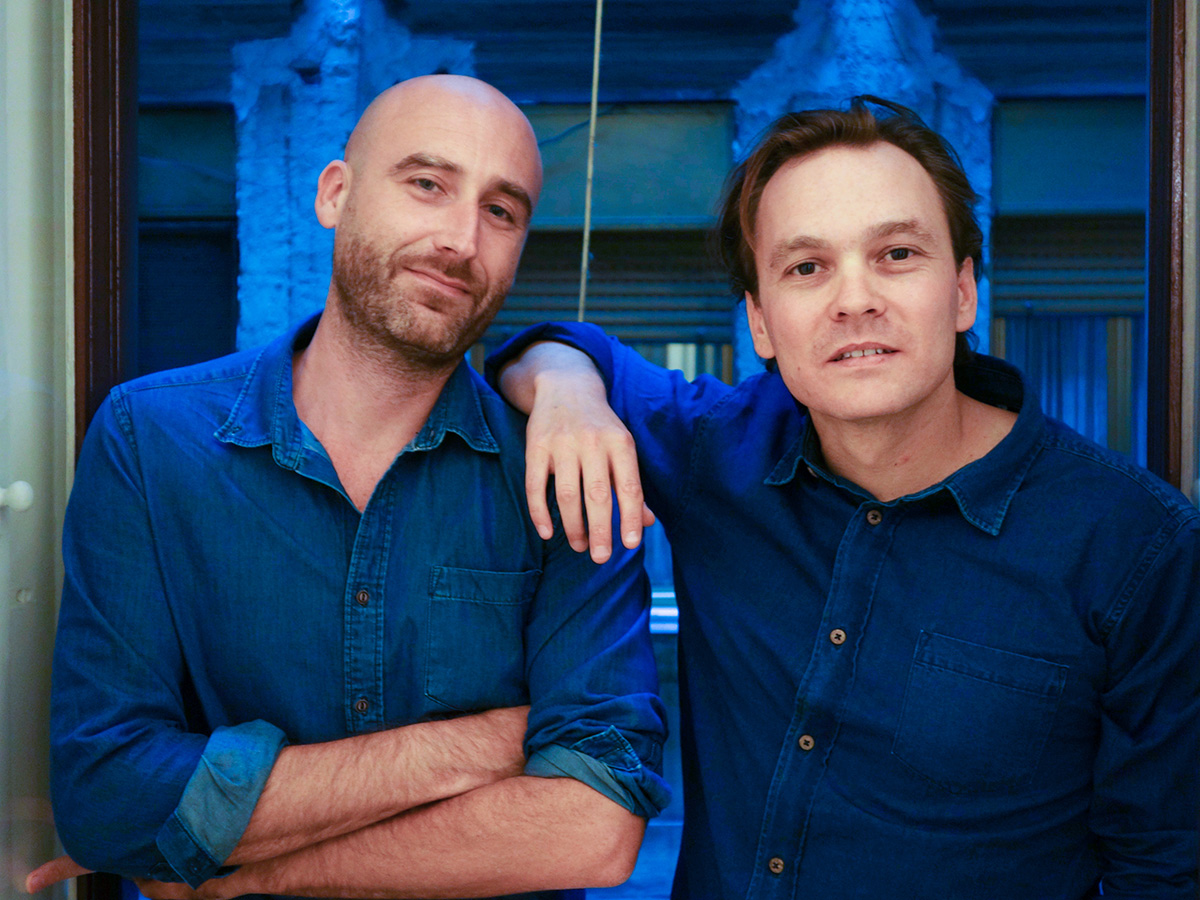 Both men are boomeranging Florentines, though to different degrees. They’re now back on the home front after meeting in Rome years ago, becoming friends, parting ways and working abroad for a decade—Alessandro as a documentary filmmaker in Berlin (for French-German TV station Arte, among others), and Casey as a journalist in over 30 countries (primarily for the Qatar-headquartered Al Jazeera.) Alessandro’s relentless chronicling and Casey’s far-flung adventures recently culminated in the pair’s first feature-length film, The Things We Keep, sourced from 15 years’ worth of journalistic and personal footage, and set to screen at La Compagnia on February 24.

The documentary, which the men co-wrote and directed, uses the trajectory of their friendship to explore broader themes of memory, leaving home, and the classic blessing-dilemma of returning. Front and center throughout are Casey’s effusiveness, even amid airstrike zones, and Alessandro’s apparently more pensive nature (with the latter’s characterization certainly bolstered by his probing voiceovers.) Meeting the two for coffee in San Niccolò—both live in the Oltrarno these days—feels different from a regular interview; I have effectively just watched the CliffsNotes on their formative young adult years. 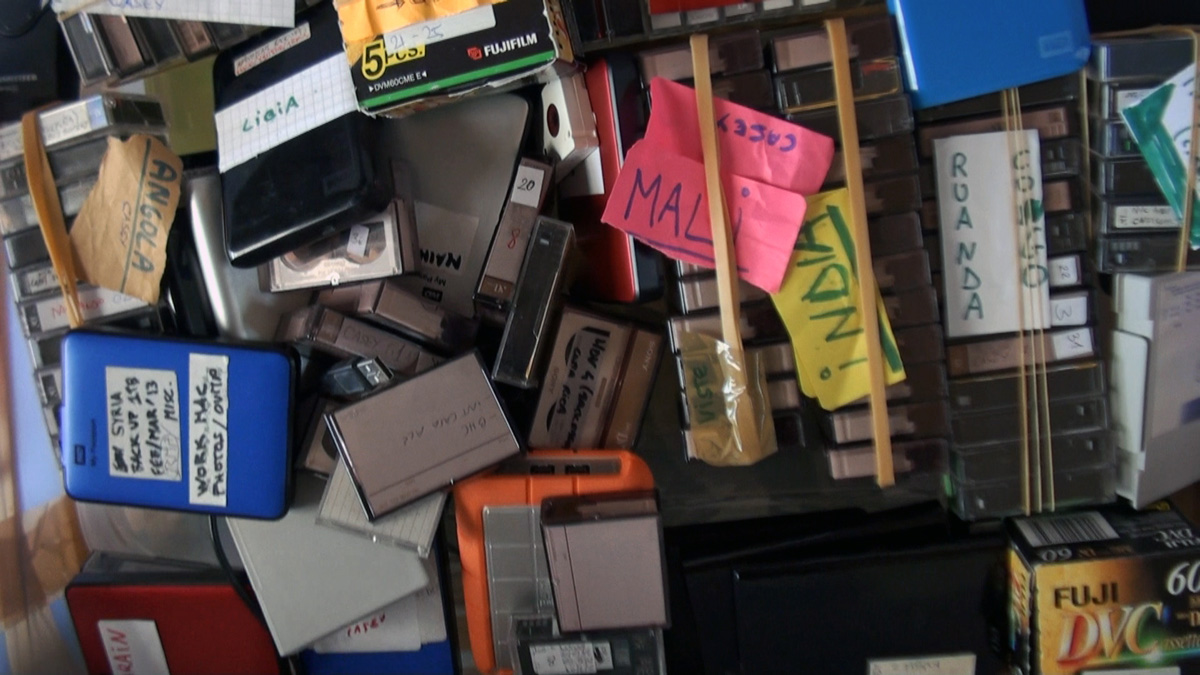 But first, we backtrack. “Ale is a true fiorentino,” specifies Casey, “who always wanted to leave.” (Alessandro nods, not trying to qualify this.) Casey, on the other hand, arrived in Florence from California when his Bay Area parents decided to give Tuscany the old college try. (In a familiar-sounding story, they initially came for a year, but never left.) Aged 12 upon arrival, Casey was young enough to absorb language, culture and middle school politics from his Florentine peers, but old enough that the move was still a genuine uprooting. He and Alessandro both spent their teenage years in the general Firenze Sud area, but never crossed paths.

A shoddy Roman apartment was what cemented their friendship. At 18, Alessandro had left Florence for film school in Rome, eager to escape his hometown’s provincialism, which he stresses felt more pronounced 20 years ago: “It was probably more about that universal need to explore something else, to be away from parents and school and the place where I grew up,” he says. Casey, meanwhile, attended Stanford University but circled back to Italy for his first post-grad endeavors, hoping to break into geopolitical journalism in Rome. The two had a mutual friend—a high school classmate-turned-roommate of Alessandro’s—who offered up his couch as Casey got settled and subsequently moved in. (An amusing early scene in the film shows Alessandro and the unnamed friend discussing Casey’s suitability as a roommate.)

For two years they all lived together, hosting parties and honing their CVs, until Casey landed the reporting gig with Al Jazeera and abruptly left. What became of the third guy, then? “We haven’t really kept in touch that much,” Alessandro concedes. 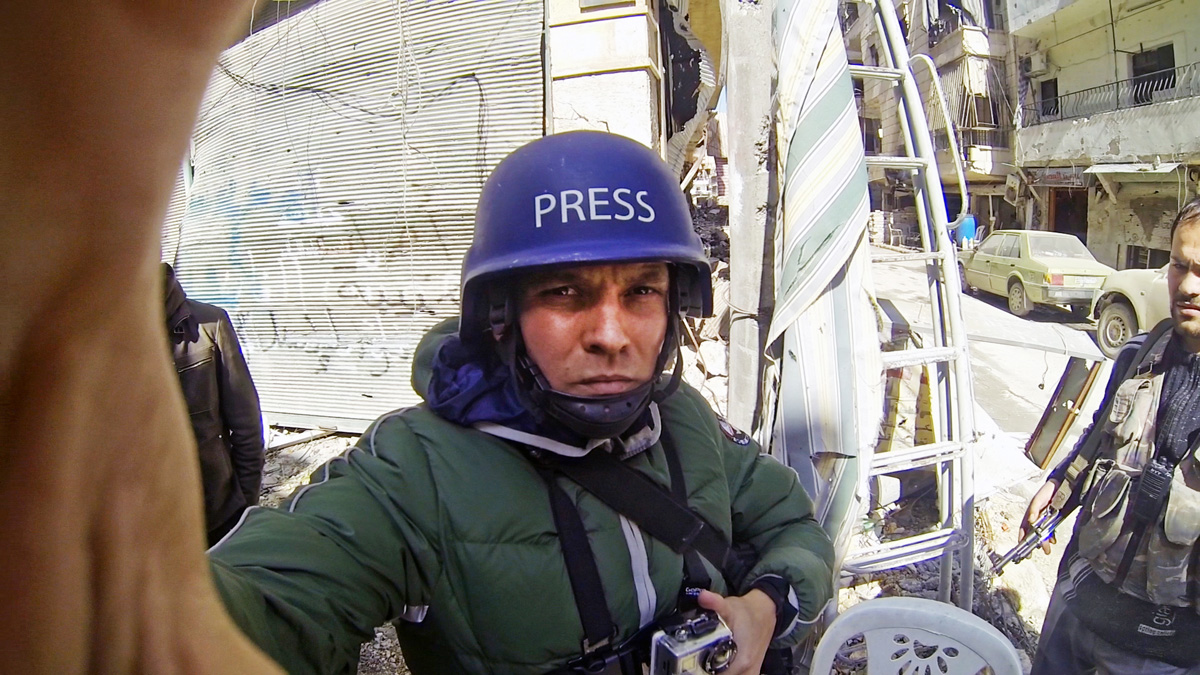 Casey in a still from The Things We Keep

The other flatmate’s relative fade into the background underscores two things: the durability of the pair’s friendship, geography be damned, and the more overarching questions the film’s title invokes. What and who really stays with us? What makes some connections more lasting than others?

Casey left for Qatar—and Syria, the Gaza Strip, Mali. Alessandro kept close tabs on his friend’s adventures and eventually got the itch to go elsewhere, too. Growing tired of assistant directing in Rome, he followed the pull of one bizarre subject, moved to Berlin for “a year”, as one does, and ended up staying for nine. (His 2013 work La Deutsche Vita is a cheeky take on his fellow Italian transplants.)

The Things We Keep shows all of this, much of it recounted through critical video calls between the friends, or long stretches with comparatively little dialogue. Today we’re talking more about what drew them back to Florence: reaching a creative rut (Alessandro), tiring of flitting between breaking news destinations (Casey), fathers falling ill (both). “During all this time that we’d been in touch,” Alessandro says, “we’d always said it would be interesting to work together on something. It was just the right time… it happened quite naturally.”

They’ve handled the homecoming—and the accompanying reverse culture shock, the shifted relationships—in their own ways. Both concur that Florence is a better place to live now that they’ve gone out and gotten a clearer grasp on themselves, no longer dependent on their environment to help. Paradoxically, though, “I don’t know that we could have made this film anywhere else,” Alessandro says, clarifying, “Being here has really forced us to look inward.”

Casey has relished the chance to jump back into his old soccer team, grab pizzas with his high school classmates, reconnect with neighbors from growing up in Gavinana. Alessandro has made similar moves, but struggled more with the mostly circumstantial feel of his early Florentine connections. Not that it’s been a breeze for Casey. But navigating his California friendships as a transplanted-to-Florence teenager helped temper his expectations.

Of the return, Casey says, “We’re here in a different phase, so it works. It’s cheap and fantastic and beautiful and our friends and family are here. And we can stay connected to our international lives, making our films.”

Working largely out of Le Murate, where they won a bando for some coveted office space, the duo has now wrapped two movies from town. Butterfly, on the young Olympic boxer Irma Testa, will hit theaters in March; the more personal The Things We Keep is still playing the circuit. The second is more of a slow burn, and fittingly: collecting the material was a 15-year operation, and it took two and a half to sort through it and extract a narrative. “We thought it would take a year to finish it when we first came back,” Casey remembers.

I remind them of that largely true variation on Hofstadter’s Law: every project takes three times longer than you think it will. So really, with two and a half years, they were ahead of the game, all things considered.

Casey laughs. “Well, it actually might have been three,” he says.

Catch The Things We Keep at La Compagnia (via Cavour 50r) on February 24 at 7pm. A Q&A with the directors will follow.