Fregula with pumpkin and gorgonzola

“Focusing on seasonal produce was a choice we made to respond to what’s going on right now in the restaurant world; there’s a real need to do something original. Much has to happen before we chefs get our hands on seasonal produce. Food bought in the right season is taken at its zenith, it’s of a lot higher quality and has the most potential, plus the flavour is the best it can be. There are more positives; there are more vitamins and it’s healthier because it’s had less contact with pesticides and aggressive fertilisers. It’s also more eco-friendly as it obviously has a reduced effect on the environment. The process emits fewer carbon emissions since food that’s produced out of season needs artificial light and heat.

We source almost everything from the Mercato Centrale: fruit and veg, meat and fish, we get it all there. When something’s missing we just run over and buy it. 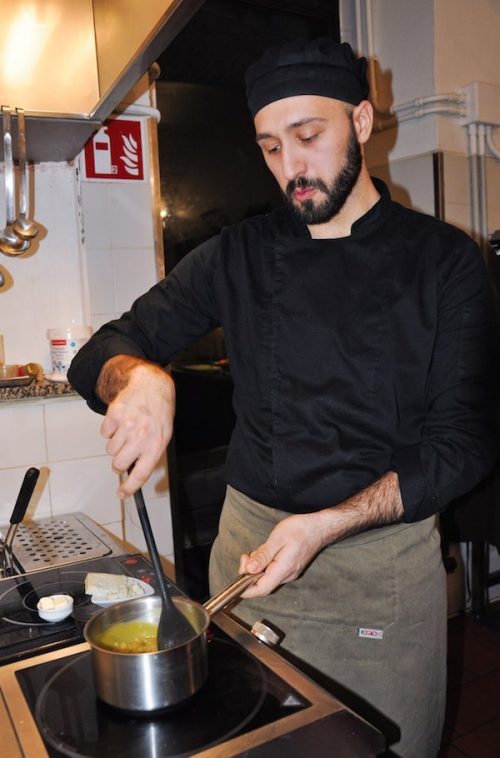 When December 21 and March 21 come around we change the menu to the next season; we actually change the menu four times a year. It’s not easy because sometimes using seasonal produce means you risk upsetting the customer. Spring ends in June but already on May 15 you can’t find certain things, so I have to do something a bit different from what’s written on the menu and people are obliged to accept it.

I was at Enoteca Pinchiorri from 2010 to 2012 and then I went to Paris and worked in one of Bernard Loiseau’s restaurants, a chef with a tragic story as he killed himself when he thought they were about to take away one of his Michelin stars. Then I came back to Italy and enrolled on an agricultural science course for two years. I got my diploma and after university I earned a bursary to study Cinta Senese pigs and their nutrition. Now, we have their ham here, from the Tenuta di Spannocchia, a niche production that rears 100 pigs a year from birth until butchery, and they do it really well. The Cinta Senese was a native breed at risk of extinction but was actually the first to be certified—certifications came before for beef, whereas with pork we’re a bit behind.

Here in the restaurant we sit down and eat together at 6.30pm every day, except Sundays when we’re closed. It’s a bit of a crazy moment, but not all of the time. Mostly, it’s a time where we can just be together.”

Fregula with pumpkin and gorgonzola Peel the pumpkin, removing the seeds and cutting the flesh into 1 cm cubes.

Sauté the shallot in the oil until lightly browned, add the pumpkin and cook over medium heat for 5 minutes. Pour in the white wine and add the salt, pepper and turmeric and cook down for another 5 minutes. Cover the pumpkin with cold water, bring to a boil and simmer for 10 minutes. Use a handheld blender to process the mixture.

Cook the fregula in a separate pan of boiling water for about 6 minutes. Drain and add to the pumpkin puree. Cook for a few minutes until creamy, stirring in the butter and gorgonzola.

Serve the fregula in shallow bowls, garnished with the gorgonzola and a few fresh, acidulous sprout leaves. 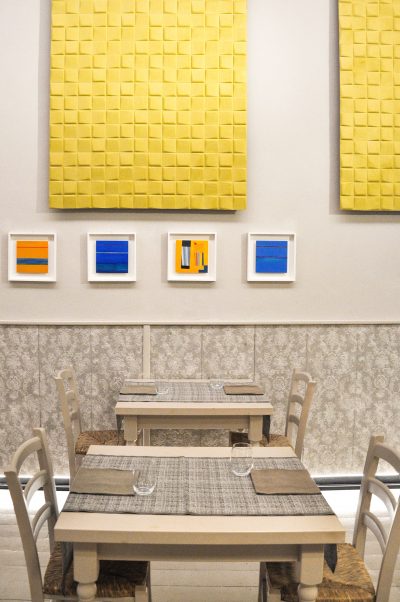