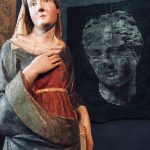 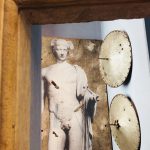 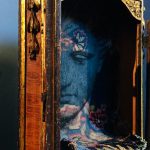 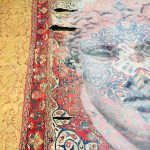 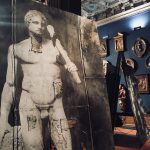 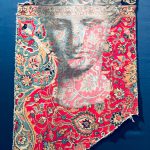 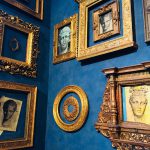 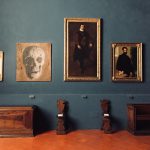 Time exists like a stone in water at the Museo Stefano Bardini, but with the new solo exhibition by visiting artist Luca Pignatelli featured in these timeless walls, here comes the flood.

History is at the very essence of the collection once owned by the renowned 19th-century Florentine art dealer Stefano Bardini; here, time is not to be tampered with. Housing an eclectic compendium of Renaissance artworks, artefacts of applied arts and antique carpets from Persia, Syria, Egypt and Turkey, not to mention an extensive armoury collection, the past is sacred in this museum. But one man has undone it all this year: Luca Pignatelli with his second solo exhibition in Italy, Senza Data (Dateless in English).

Set among the Bardini blues, hues that have characterised the museum’s aesthetics since it opened in the late 1800s, Pignatelli’s artwork hides in and among the collection of art and antiquities amassed by the “prince of art dealers”. Persian rug counterfeits branded by female faces hang defiantly on the walls amid Donatello’s Madonna and Tino da Camaino’s The Charity, while Roman statues sculpted on wood reconvene with Bernardo Daddi’s crucifix in the painting gallery.

Repurposed from Pignatelli’s exhibition Migrants, hosted at the Uffizi in 2015, the solemn regards of the female faces reappear on dark blue tapestry, sheaves of paper falling from golden-hued frames, on the back of a threadbare chair and stuffed into scuffed wooden cabinets, in a sort of mock classicism that mimics the same degeneration and stolen time that distinguish the real artefacts in the museum. It’s a game of spot-the-difference as memory peels off layer by layer of Pignatelli’s works like the rust flaking off the aged épées and the chipping paint on the decorated shields in the armoury. Pignatelli’s works drown in archival anonymity. Artwork labels are inconsistent, often non-existent, while Bardini’s treasures hold pride of place on clear-frosted information panels, excluding Pignatelli’s work from the exhibition’s narrative. One of the few pieces defined by any such identifying nomenclature is a rogue portrait of a skull hung assertively in the painting gallery, libellously labelled “Portrait of a gentleman, second half of the 16th century,” as if the curator erroneously misplaced the original piece, and found a replacement that would suffice. Yet, Sergio Risaliti’s curation is no fluke. Curator of two previous solo exhibitions within the gallery, John Currin in 2016 and Glenn Brown in 2017, visiting art is meant to become a part of the architecture, with the aim of engaging with the museum’s in-house collection in a back-and-forth dialogue; the kind that bubbles forth when they think no one is listening. 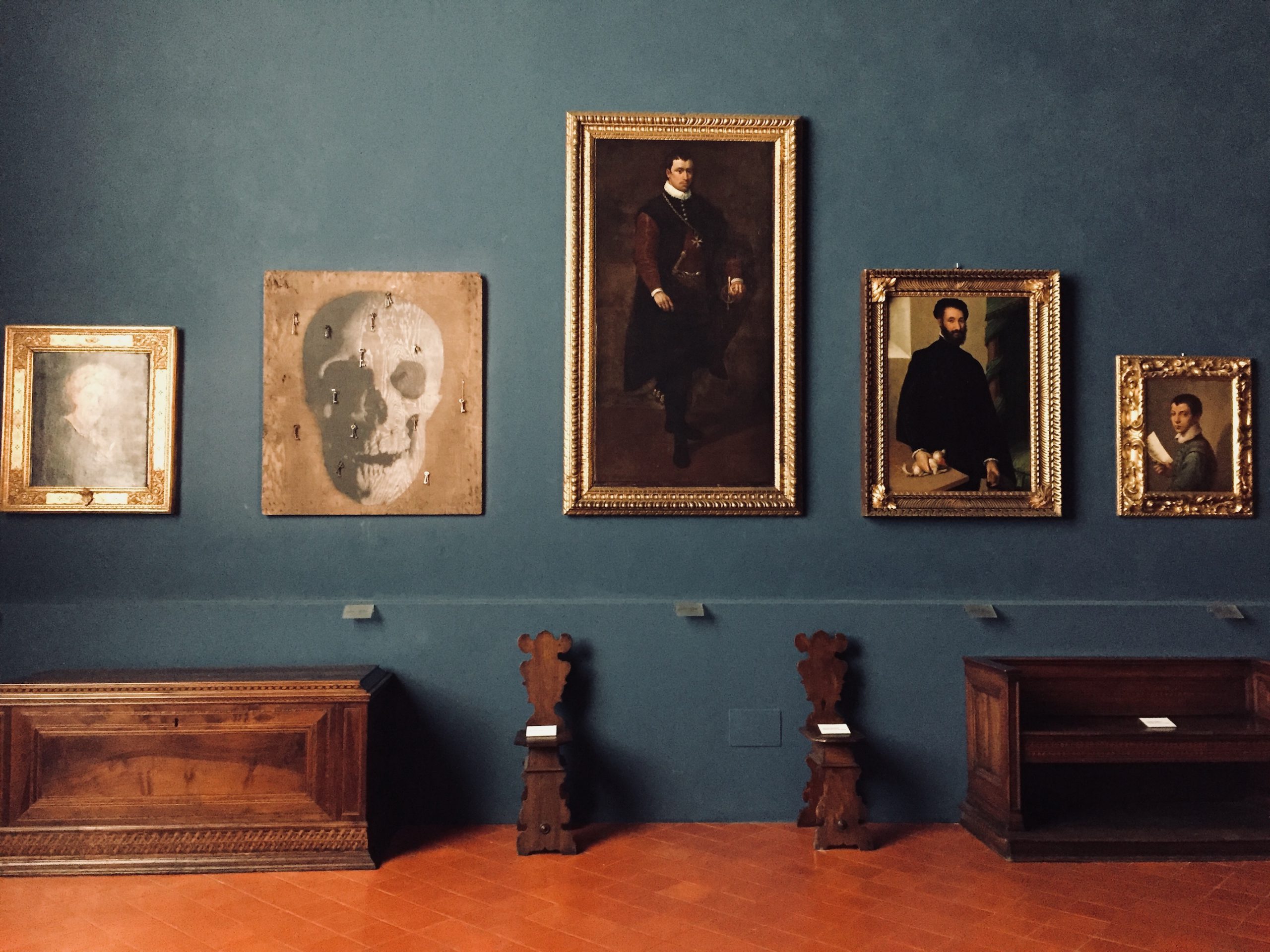 This time, however, is different. Pignatelli, his works meditating in their dateless obscurity, demand to be part of the museum’s timeline. Infiltrating its chronology and refabricating its history through manipulation of the museum’s space, boldly commandeering the in-house collection, Pignatelli’s works stand in mock jurisdiction of the history crawling along the walls. Pignatelli’s art isn’t anachronism, it is anarchism, and we are its patrons. Visitors walking its halls become part of this tainted tapestry of time. As its activists and jurors, our gaze defies temporality as much the art staring back at us does. We, too, become part of the conversation that Pignatelli has been fascinated by for years. Pignatelli describes his exhibition as “a way of thinking about time compared to imagery and painting…[and the] the Bardini museum is a symbol of the significance of a collection that is capable of representing a layering of time and also culture.”

History is more than an echo in these halls, the museum itself harbouring a hidden backstory. Built on the monastery of San Gregorio alla Pace in the 13th century, the museum was once a residence owned by the Mozzi family. It was bought by Bardini in 1881 to be refurbished as a showcase for his growing collection. Hiding in plain sight, a centuries-old conversation whispers through the halls of the museum. Pignatelli and his revolution quietly lets us in on the chatter telling us time is eternal, time is transient, time is dateless.

Internationally raised, but England born, Felicity Aris has now trekked herself across the world to Italy. Looking to break in her writing hand while on her year abroad in Florence, she's out and about every "stradina", "piazza" and "pizzeria" looking for her next story (and perhaps a tasty pizza!) A mini-guide to food markets in Florence 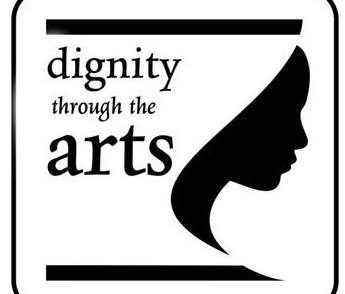 Dignity through the Arts at St. Mark’s

2019 edition will focus on giving a creative platform to refugees 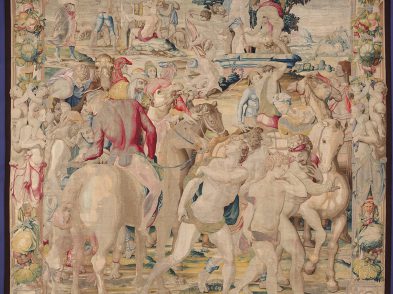 The tapestries were last in Florence in 2015, the first time since they were removed in the 19th century.