Tuscany’s ties to the United States, as told by gelato

The spirit of #Insieme200 (“#Together200”) is present everywhere in our daily lives, even in the neighborhood gelateria. One of the first known American recipes for a gelato-like dessert was scrawled out by none other than Thomas Jefferson. One can imagine that he got the idea for this from his good friend Filippo Mazzei, who perhaps brought over to Virginia more than just vines and ideas about all men being created equal.

More than 200 years later, the United States is one of the world’s largest consumers of ice cream and gelato (20.8 liters per capita, including gelato, every year). But there is still a ways to go. Gelato makes up only 5 percent of the U.S. overall market for frozen desserts and there is only one gelato business for every 65,140 Americans. In Italy, you only have to share a counter with 3,029 fellow gelato lovers. Thus, over the course of our bicentennial year, we are working with the Gelato Festival team to forge new “frozen” ties between Florence and the United States.

“The Gelato Festival is tied to the U.S. market in so many ways, starting with the festival launch in the U.S. in 2017. This year, the festival will take place in five different U.S. cities (Miami, Boston, Chicago, Washington, D.C. and Los Angeles) between March and September,” explained Gelato Festival founder Gabriele Poli, “and it is connected to expansion activities which we continue to develop there, from gelato promotion, to an artisanal gelato appreciation campaign.”

Aside from stimulating American taste for one of Florence’s greatest creations, the Gelato Festival U.S. Tour is aiming also to encourage more Italian investment in gelato shops and gelato-production facilities.

Meanwhile, here in Florence, to celebrate our 200 years of good taste, the Gelato Festival is challenging the city’s gelaterie to create a flavor that best represents #Insieme200. During the second half of March, a panel of American and Italian gelato experts will be visiting all of the competitors to taste their submissions. The winning flavor will compete against the best of Italy at the Florence Gelato Festival on April 6–7. According to Poli, “the #Insieme200 gelato contest will celebrate our close ties with the U.S. Consulate General in Florence and create synergy between the top artisanal gelato makers in Florence and U.S. Stars and Stripes.”

The #Together200 gelato competition and Gelato Festival are just two of the many events that are taking place across the Florence consular district this year—from Grosseto to Ferrara—to celebrate our shared past, present, and future. 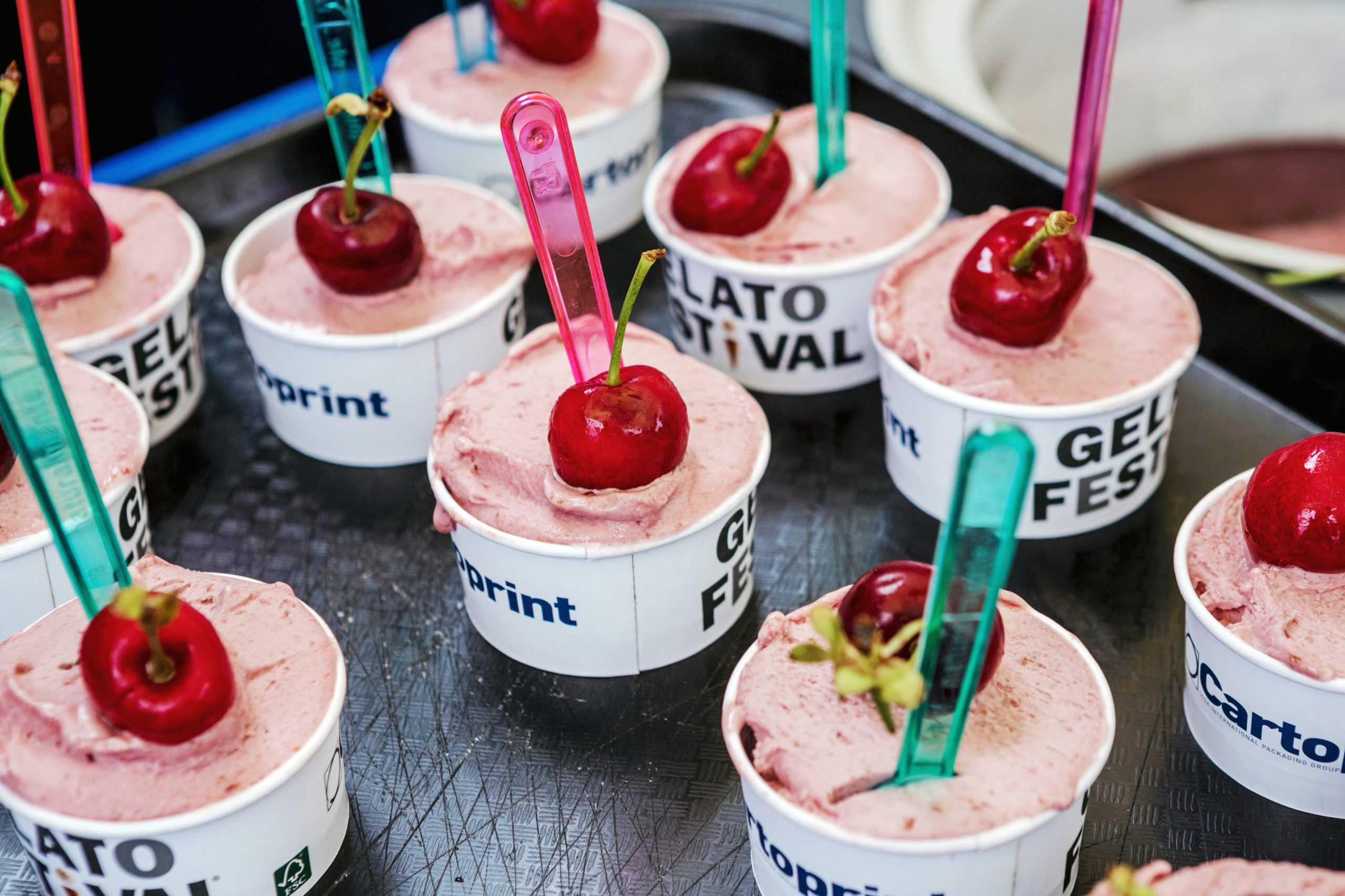 Keep an eye on the monthly calendar in The Florentine and follow @USCGFlorence to stay abreast of the #Insieme200 program.

MARCH 14-26: At the Palazzo Vecchio, the Comune di Firenze hosts an exhibition of architectural renderings of U.S. Consulate buildings and a lecture on history of the Consulate’s physical presence. A public inauguration with a lecture and guided tour of the exhibition will take place on March 14 at 5pm. Admission is free.

MARCH 15, 7-8.15pm: Reading Anne Sexton: Three American Voices, Three Generations. This reading by the American postmodern poet is the first in a series of three events at Villa Arrivabene (piazza Alberti 1a), once the residence of the U.S. Ambassador George Perkins Marsh.