Summer, spring, winter and fall: there is no better dish than a piping hot plate of spaghetti with pummarola, the rich Italian sauce made from tomatoes, basil, garlic and olive oil. But how do you make the sauce if you have no fresh tomatoes? You open a tin of tomatoes, of course. But sometimes we forget that there was once no such thing as canned food. Someone had to invent the process that we now take for granted when we purchase anything from tinned asparagus to pet food from the supermarket.

That someone was a Frenchman called Nicolas Appert (1749–1841). Credited with being the “father of canning”, half a century before Louis Pasteur’s findings revealed that heat killed microorganisms in food while sealing it kept other microorganisms from entering a jar, the chef, confectioner and distiller Appert began a long period of experimentation to discover the best way to preserve food. He did this because the French government was offering a prize to anyone able to stop food deteriorating so it could be sent to its army and navy in battle. The method Appert devised in 1809 was to hermetically seal food inside a bottle or jar, heat it to a high temperature for a certain period and then store it until needed. With the prize money he won, he opened the House of Appert, the first commercial cannery in France, which remained in operation in Massy, near Paris, from 1812 until 1933. 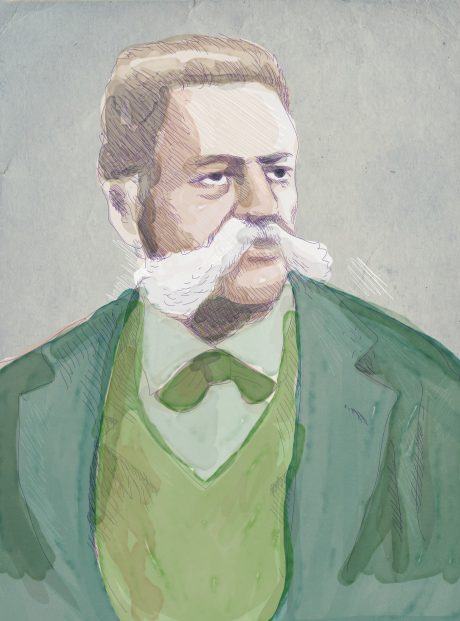 But it was an Italian businessman, Francesco Cirio, who perfected the “appertization” process. Born the son of a failed grain merchant in Nizza Monferrato (Asti) on Christmas Day 1836, Cirio had little formal education and was sent to work at an early age. In 1850, only 14 years old, he worked for a wholesaler at the Porta Palazzo and Piazza Bodoni fruit and vegetable markets in Turin as well as unloading merchandise at the railway station. By 1855–56, he recognized that money could be made by exporting fresh fruit and vegetables, and later freshwater fish and truffles, so he began traveling with produce between Italy and France. The capital he accumulated allowed him to open his first cannery in Turin in 1856, aged 20. He started by preserving peas and then added peeled tomatoes and other foodstuffs because he understood the immense impact Appert’s technique would have in prolonging the life of food. He also opened a shop selling fresh and conserved products and supplied provisions for the Italian soldiers towards the end of the Crimean War.

To help expand his business, the indefatigable Cirio began exhibiting and winning awards at national agricultural and industrial fairs such as the International Exhibitions, held in Paris in 1867, and, again, in 1878. In this period, he was more interested in exporting fresh edibles and, in 1869, sent a railway wagon of fruit and vegetables from Naples to Vienna, which, because of delays, was unsalable by the time it arrived. The situation improved when he made an agreement with the Società delle Ferrovie dell’Alta Italia for speedier delivery inside and outside Italy. Soon, he was exporting to Austria, Germany, Hungary and Russia and, later, to Belgium, Holland and England with a fleet that grew to 4,500 railway wagons, including refrigerated cars in the 1880s and ‘90s, gradually adding eggs, dairy products, olive oil and many other commodities to his range through advantageous contracts with other companies. 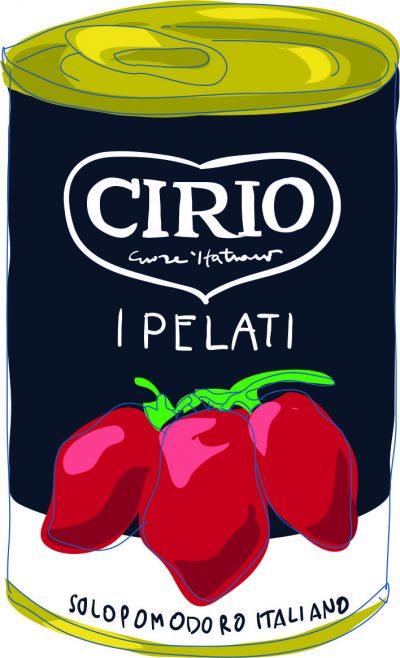 Such success created envy among his competitors who accused him of unfair competition and fraud through his privileged relations with the Upper Italian Railways. A parliamentary commission inquiry into the railways followed in 1879, but Cirio prevailed, arguing that he had promoted an “agricultural revolution” by stimulating production to meet demand.

Constantly diversifying his interests, Cirio opened several canning factories throughout Italy, notably in the south, where he set about redeveloping vast areas of abandoned land to grow his primary produce for the fresh and cannery markets. His company proved so successful that in January 1885 the Società Anonima di Esportazione Agricola Cirio, with its registered office in Turin, was quoted on the stock exchange with the backing of prestigious banking institutions. However, due to excessive diversification, the company risked bankruptcy by 1889, whilst Cirio, having left the company’s restructuring to others, concentrated on a series of utopian projects. In October 1897, he founded the Società Anonima per la Colonizzazione dei Terreni Incolti in Italia company with the fanciful idea that reclaiming swathes of arable land would stop Italian emigration. A year before Cirio died on January 9, 1900, his agricultural colony, known as the Princess Elena of Naples, had grown to 20,000 hectares.

After Cirio’s death, the Società Generale delle Conserve Alimentari Cirio was set up and headquartered in San Giovanni a Teduccio (Naples) with brothers Pietro and Paolo Signorini at the helm, a collaboration with this family that lasted until 1970. The company was then taken over by SME and privatised in 1993. Following a financial crash a decade on, the Cirio brand was acquired in 2004 by its current owner, the Conserve Italia group.

The Francesco Cirio Museum houses a collection of authentic documents about the life of this pioneer of the Italian food preservation industry, including publicity and packaging, books, diaries, recipe books, labels and product lists from various periods. Located in piazza Municipio 1, Castelnuovo Belbo (Asti), it is open Monday to Friday from 9am to 12 noon and by appointment on the weekends. Further information here