Have you ever had “comeback sauce”? Originating in the American South, like your author, it’s a spicy catch-all (ketch-all?) condiment, a dubious blend of mayo, paprika, garlic and chili sauce, spooned onto bland salads or used to amp up fried pickles. It’s also the image—and taste—that springs to mind and tongue when, about once a decade, I summon the gall to sass anyone in power. Boom. Comeback sauce.

Pigheaded with family and close friends, I nonetheless shrink to Little Bo No-Peep in disagreements with authority figures. Landlords in Florence, particularly. It’s a product of actively resisting the “fussy foreigner” peg; as technical guests, however long-term, we want to be courteous, to accept things at face value. A mostly healthy attitude to keep, sure, but when patiently tolerating a glaringly negligent landlord, it’s easy to self-lobotomize and say you’re “just adapting.” But we can’t kid ourselves. When it counts, you’ve got to be able to cut the grateful-Italy-ingénue stuff and scrap like a nonna in line at the supermarket.

In my first longer-term Florentine apartment, I saw my landlord once—maybe twice—in three and a half years, justifying his behavior because, hey, we had a view of Boboli. Severe piping issues arose one summer in our kitchen and bathroom; the sinks fell out of commission, rendering the whole downstairs unusable. Sauce-stained plates and fond-riddled pots counter-camped for a week till it dawned on my roommates and me that we could hose them down on the terrace. Unable to cook, to flush, we watched our food expenses triple, our working toilets get halved. Why didn’t we make more of a stink (so to speak?) Call plumbers ourselves, complain to the owner? We did both, constantly. But, to explain in highly scientific terms: Ferragosto week + gasp-inducing estimates ÷ lack of cash to cover emergency without reimbursement = landlord’s refusal to agree to anything before his September 10 return. 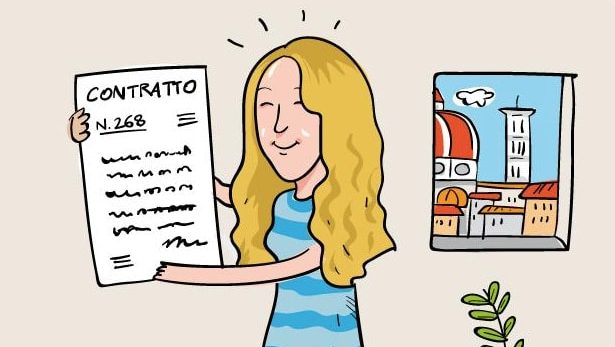 The building’s ground-floor grandma who lived rent-free and took no prisoners wouldn’t have abided this. She stopped me by the mailboxes one morning, as was her way, to rail about her television, the mold creeping into her bathroom and the refusal of the palazzo’s lead goon—a polite rephrasing of what she termed him—to check in on anyone, anytime, least of all August. As I filled her in on his latest shortcoming, she noted that yet another (Italian) family had moved out from the floor that separated us.

Her allyship and anger sparked an epiphany: expecting the most basic level of occasional house maintenance, and happening to be foreign, does not equate to you being “high maintenance”. Sucking in my breath, I drafted an email slathered in comeback sauce and congiuntivo. In ten minutes my rent refund demand had been shut down, but I’d taken my tenant agency back. He’d conceded to cover the repairs, plus a food allowance.

Adapting sometimes looks like keeping your head down, staying kind, humble. But now and then—probably more than once a decade, really—it should also mean emulating the ninja nonne you know.