Where to find late night food in Florence

Florence’s nightlife is bursting with options, from late aperitivos to cosy speakeasies and hidden jazz bars. But once the night is over, hunger inevitably consumes the walk home.

“Late night” and “kebab” go hand in hand. Mesopotamia (via dell’Oriuolo 14R) is a central kebab shop open 24 hours, making it perfect for post-party indulgence. Choose from the traditional doner kebabs with fresh vegetables or homemade falafels. Towards Sant’Ambrogio is Voglia di Kebab (Volta di S. Piero). Open until 6am, feast on some of the finest kebabs in the city, plus pizza slices and burgers. Star Kebab (via Faenza 22) serves hungry tourists and locals until 2am.

For those after an Italian midnight snack, opt for Fo’Caccia la Notte (via Verdi 43), whose hole-in-the-wall setup serves focaccia well into the early hours. With a variety of low-price fillings, you can pick up anything from mozzarella and tomato to bresaola and sun-dried tomatoes. Alternatively, for an after-hours pizza, Misterpizza has you covered, with two locations, one next to the Duomo (piazza Duomo 5R) and another towards Santa Croce (via Pietrapiana 82). The pizzas are freshly made in wood-fired ovens. They also run a delivery service all week until 2am if midnight cravings get the better of you.

There’s Mexican street food aplenty in the heart of Florence. Eby’s (via dell’Oriuolo 5) is a small South American-style bar near Santa Croce, run by its charismatic and eponymous owner who is famous for concocting creative shots and serving quesadillas and burritos with a Mediterranean twist until 3am. Alternatively, Los Chicos Mexican Grill (via dei Benci 15R) is a reliable outlet for Mexican food until 4am most nights. Pick up nachos or burritos to go.

Feed an appetite worked up at the famous karaoke nights at Red Garter (via dei Benci 33). After relinquishing the mic, stay for nachos, burgers, grill food and vegetarian burgers. Acqua Al 2 (via della Vigna Vecchia 40R) is open until 1am for a sit-down bowl of pasta or risotto, the warm décor welcoming anyone hungry for a late supper. A hearty burger never goes amiss at the end of a good night out and I’Bandito (piazza Pier Vettori) hits the mark. Open until 5am, this no-frills stand sells freshly made sandwiches and burgers, including traditional lampredotto.

Currently spending her year abroad in Florence and studying at the University of Exeter, Kate Karpinski’s passion for Italy goes well beyond her degree. Whilst her love affair with the city continues, going back to England is seeming a little less likely every day. 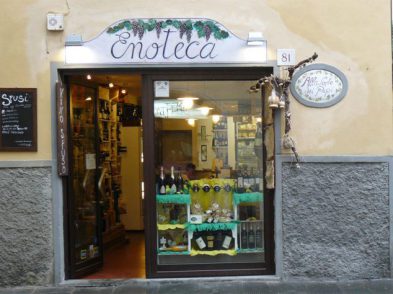 By day, Alla Sosta dei Papi hides along a street near Sant’Ambrogio church. At night, the area comes alive, as the enoteca greets its customers with a lively atmosphere, the ... 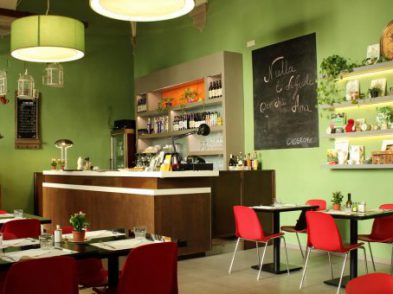 Vegetarian and vegan dining in Florence

Italy’s food culture is intrinsic to daily life in Florence, but with the majority of restaurants displaying raw steaks in their windows, and lampredotto being a street favourite, it can ... 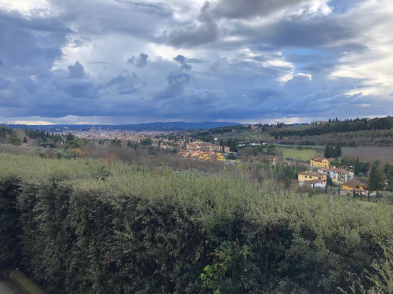 Fiesole: walking away from Florence

While Florence may be famed for its beautiful and historic walks, circling Medici palaces, meandering through small alleys and stumbling across all sorts of curiosities, it is often easy to ...