In commemoration of the 500th anniversary of the death of Leonardo da Vinci, Palazzo Vecchio is holding an exhibition of a selection of material taken from the master’s Codex Atlanticus, a collection of drawings and designs that depict the genius’ exploits into science and art.

The 12 folios are on display in the Sala dei Gigli, which served as the seat of the city government at the time Leonardo left his hometown of Vinci. The folios are on loan from the Veneranda Biblioteca Ambrosiana in Milan and are ordered chronologically, depicting his work from adolescence to around 1515, four years before his death. 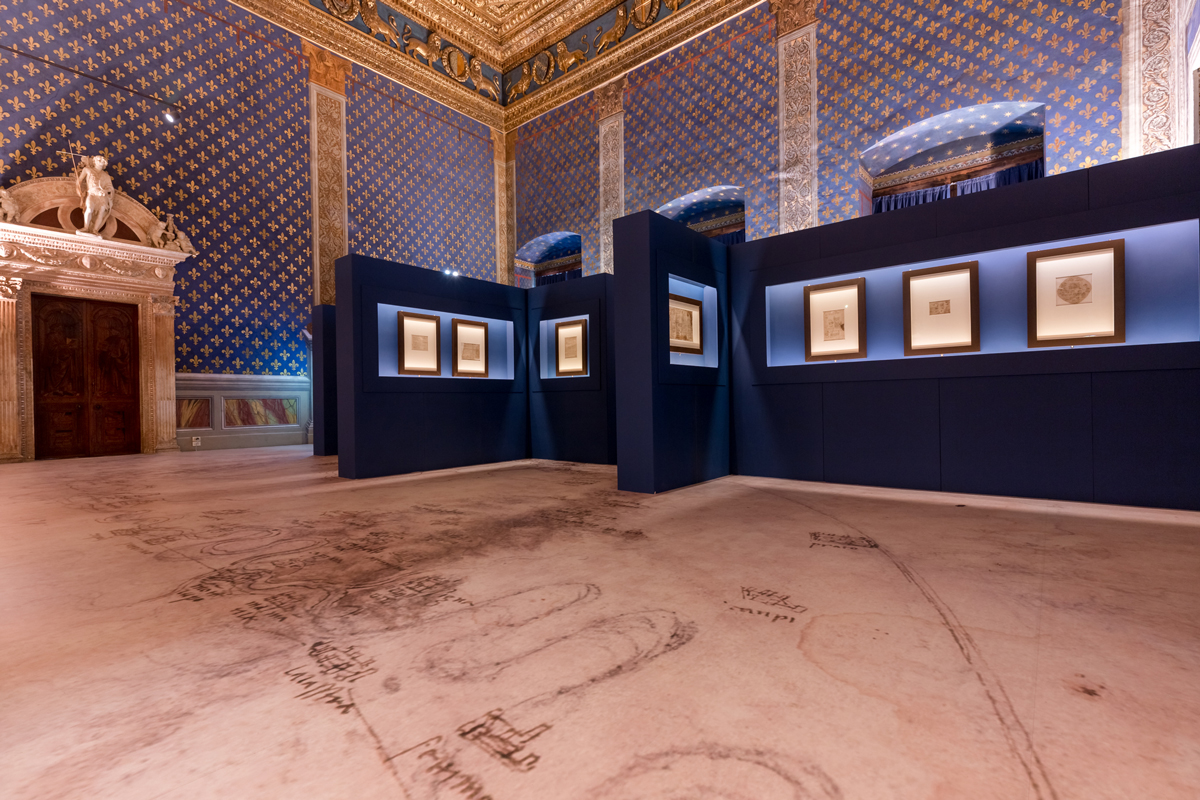 The collection of folios seeks to bring attention to Leonardo’s deep-rooted ties to Florence. The earliest pieces featured in the exhibition reveal influence from some of the city’s greatest legacies, such as depictions of machines and engineering showing Brunelleschi’s impact on Florence and Leonardo. Botticelli and Savonarola are also alluded to and highlight the formative influence the city’s creative legacy had on the young artist.

Later folios include those concerning the Medici family, who supported Leonardo throughout his time in Florence, commissioning his work and introducing him to a wider network of people who eventually led him away from the city to Rome and Milan.

The exhibition closes with a painting Head of Christ the Redeemer, which is attributed to Salaì, one of Leonardo’s most beloved assistants. Such a conclusion proffers insight into Leonardo’s own teaching legacy, exhibiting his lasting impact on artistic endeavours in the city of Florence itself.

Curated by Cristina Acidini, Leonardo & Florence is running until June 24.