Leonardo exhibitions in Florence and Tuscany

Although he had been away from Florence for a decade, he never stopped feeling close to the city. Throughout his life he referred to himself as a “Florentine painter” and he requested his final resting place to be the Saint-Florentin Church in Amboise. Five hundred years on, Florence and Tuscany celebrates Leonardo with an exhibition line-up that would have made the great man proud. 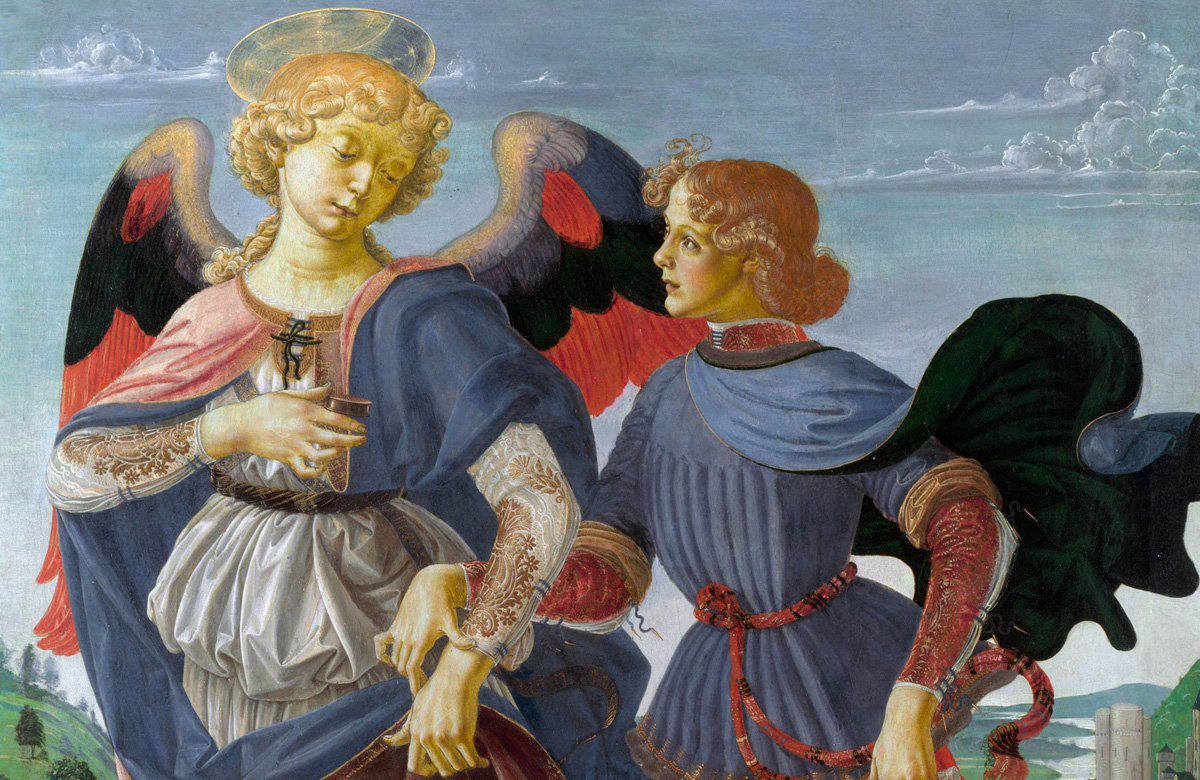 Leonardo’s mentor Andrea del Verrocchio is celebrated in a joint exhibition held at Palazzo Strozzi and the Bargello until July 14. An emblematic artist of the Florentine Renaissance, Verrocchio: Master of Leonardo showcases over 120 paintings, sculptures and drawings from the world’s leading museums and collections, including the Metropolitan Museum of New York, the Musée du Louvre in Paris, the Rijksmuseum in Amsterdam, the Victoria and Albert Museum in London, and the Uffizi. Admire Verrocchio’s celebrated masterpieces and capital works by the best-known artists associated with his 15th-century workshop, such as Domenico Ghirlandaio, Sandro Botticelli, Pietro Perugino and Leonardo da Vinci. Leonardo lovers stateside will have a chance to see the show, retitled Verrocchio: Sculptor and Painter of Renaissance Florence, at the National Gallery of Art, in Washington, D.C. from September 15, 2019 to January 12, 2020.

Until June 24, the Sala dei Gigli in the Palazzo Vecchio is hosting the exhibition Leonardo da Vinci in Florence. Selected Folios from the Codex Atlanticus. The show features 12 sheets signed by Leonardo from the legendary Codex Atlanticus, on rare loan from Milan’s Biblioteca Ambrosiana, and aims to rediscover its many references to Leonardo’s homeland, which he never forgot. “Even far from Florence,” Cristina Acidini, the exhibition’s curator, explains, “Leonardo maintained strong ties to its institutions, such as Santa Maria Nuova hospital, where he kept his money in addition to studying anatomy. And with the Medici, too, who always protected him. Lorenzo the Magnificent welcomed him into the San Marco sculpture garden, where young promising artists were trained. His younger son, Giuliano, brought him to Rome to the court of his brother Giovanni, who became Pope Leo X in 1512.” The exhibition closes with Gian Giacomo Caprotti’s painting Busto del Redentore, whose iconic steady gaze and remote tenderness clearly reveals Leonardo’s influence, provoking thought and even controversy. 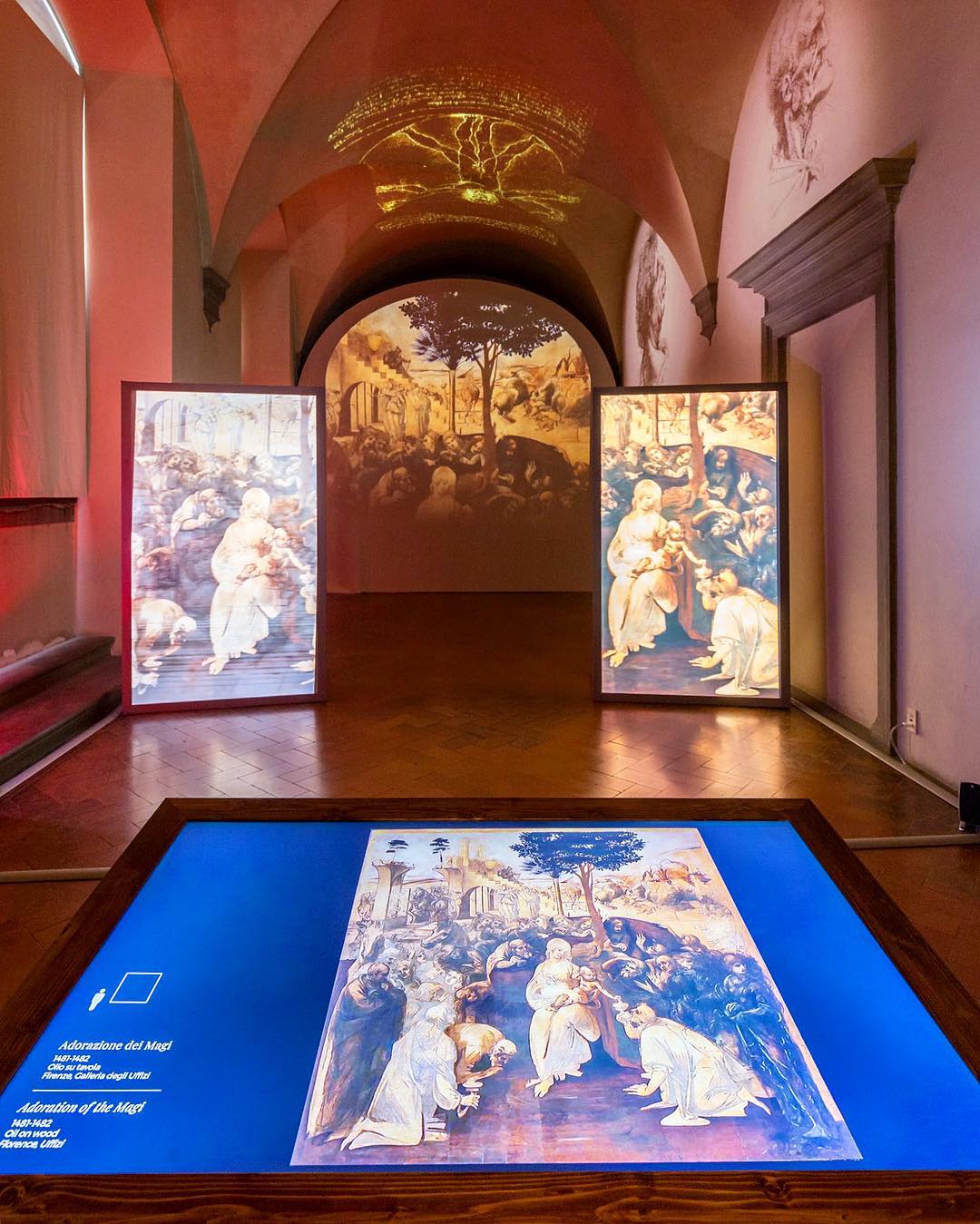 Until November 3, Teatro della Pergola lifts a curtain on Zsuzsanna Ardó‘s tribal art. Titled All Things in Nature, the exhibition at Florence’s much-loved theatre features a selection of paintings by the award-winning visual artist, curator and writer focusing on the connections between tribal art and nature, inspired by Leonardo’s approach to the dynamics between light and dark in the natural world.

The show Leonardo and His Books. The Universal Genius’s Library at Florence’s Museo Galileo will draw attention to Leonardo’s library. Running from June 6 to September 22, the exhibition highlights one of the less studied aspects of the Renaissance genius: that he was an avid reader and owned approximately 200 books, an extraordinary number for a fifteenth-century artist and engineer. The library in question is a lost one as only a single volume actually used by him survives. Championed by the museum’s director Paolo Galluzzi, a leading Leonardo scholar who is also the president of the national committee for the 500th anniversary celebrations, the show reconstructs the archive through the many references to be found in Da Vinci’s writings: quotations, authors’ names, book titles and lists of works in his possession. Manuscripts and incunabula will be on display, while multimedia resources will allow visitors to leaf through and link them to the pages in the artist’s notebooks. A digital library containing all of the books owned or consulted by Leonardo will be accessible online after the exhibition’s end.

In the former dormitory of Santa Maria Novella, from September 13 to December 15, Botany and Leonardo: Synthesis between Art and Nature is an exhibition that illustrates his unique appreciation of art and science. As the master observed the shapes and structures in the plant world, he began to notice connections between art, science and nature, applying these relationships between different fields of knowledge. From the arrangement of leaves on a stem, known as phyllotaxis, to tree-ring dating, Leonardo’s writings and drawings provide insight into the history of botany.

Leonardo is taking centre stage at Prato’s Museo di Palazzo Pretorio with Leonardo Effect. More than 80 works by 50 Italian and international artists from the Carlo Palli Collection will be on display until June 30. The polymath is also playing a starring role at the textile town’s Museo del Tessuto for the exhibition Ingenuity and Textiles until May 26, which highlights the artist’s interest, cognizance and genius in textile art, one of the predominant economic activities of his time. 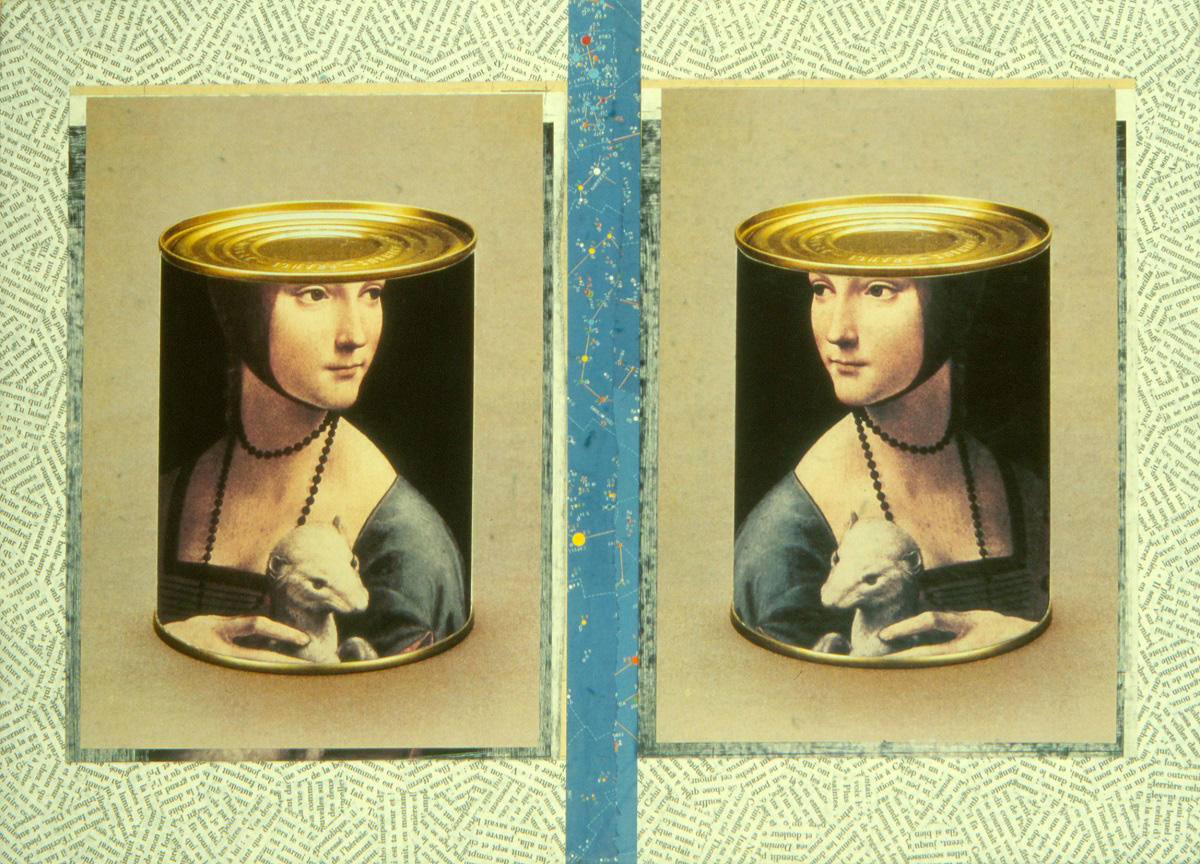 Visions. The Challenges of a Universal Genius is on at the Museo Civico Piero della Francesca in Sansepolcro until February 24, 2020. The challenges in question deal with flight and the machines Leonardo designed, as well as the concept of moving inanimate objects, like the self-propelled cart and the mechanical lion.

Arezzo celebrates the genius of Leonardo da Vinci with an exhibition that blends art and science at the Museo dei Mezzi di Comunicazione until November 3. Enlarged colour replicas of Leonardo’s illustrations for De Divina Proportione by Arezzo-born Luca Pacioli are placed next to a series of 3D reproductions of these drawings made from cherry wood by the artisan and mathematics professor Bruno Bruni. A 19th-century model of Leonardo’s “helicopter” is also on display.

In his hometown of Vinci, at the Museo Leonardiano until October 15, the main draw of the exhibition The Genius’s Origins is the famous landscape drawing that reproduces a view of the Valdarno Inferiore and the Valdinievole. Valuable documents retrace Leonardo’s earliest years, including the notarial register on which the genius’s grandfather Antonio noted the birth and baptism of Leonardo after those of his children.

One of Leonardo’s most famous artworks, The Battle of Anghiari, is central at the Museo della Battaglia e di Anghiari in the walled town of Anghiari. Until August 4, renowned artist Emilio Isgrò will tackle the theme of battle by exhibiting a single work that interpreting Leonardo’s mood.