Best events in Florence in June 2019 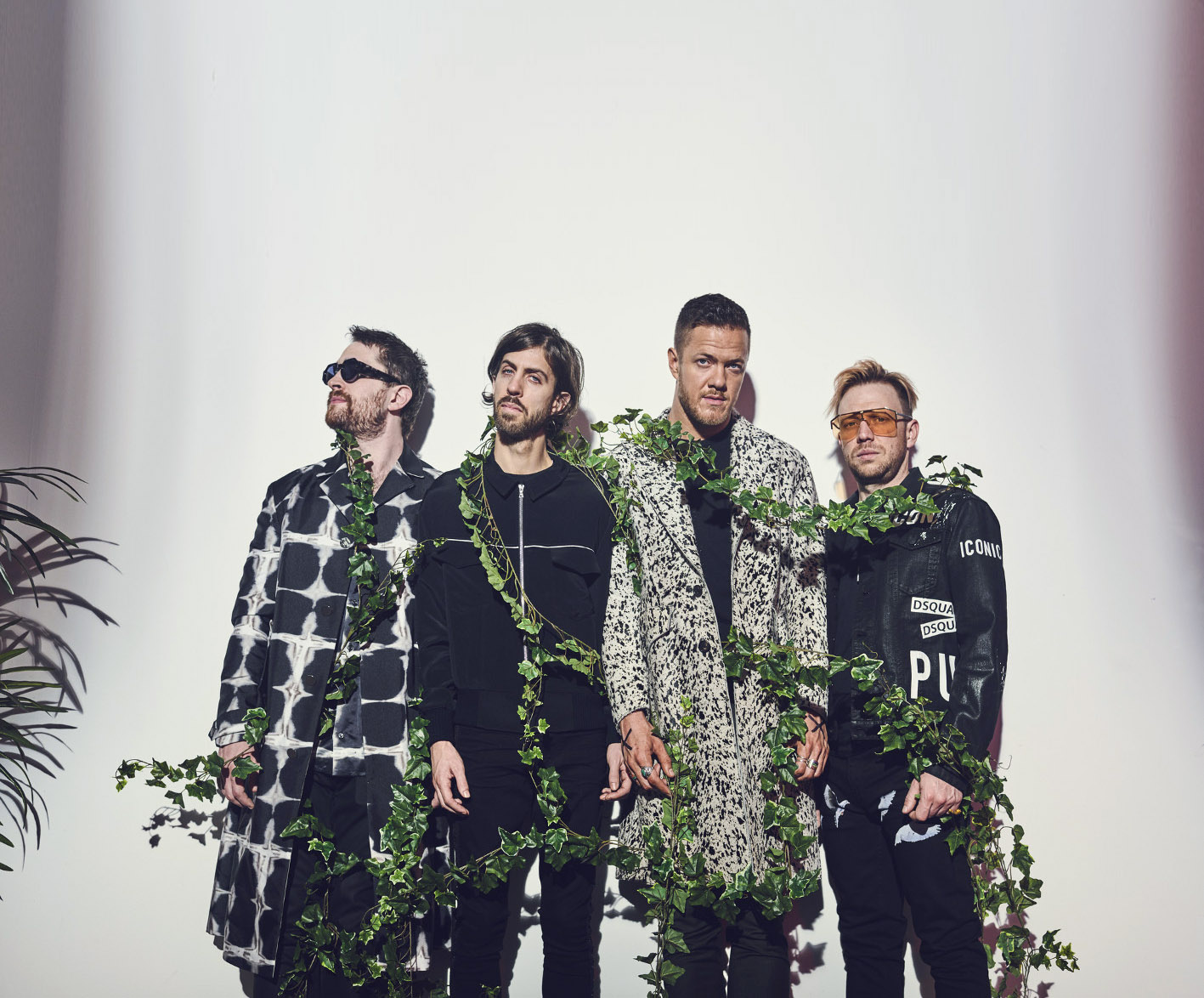 Imagine Dragons will play the Visarno Arena on June 2

Following the November release of their fourth studio album Origins, American band Imagine Dragons are coming to Florence for the only European date on their tour, taking the stage at the colossal Visarno Arena, the Renaissance city’s rock hub par excellence. Music streaming service Spotify counts these guys the eighth most listened-to band in the world, with a whopping 40 million users tuning in per month. Opening acts are British singer (with Nashville-tinged tunes) Jake Bugg and young Italian-German artist Fil Bo Riva, who just released his debut album Beautiful Sadness in March and has already amassed a cult following. Tickets, which start at around 70 euro, are still available at press time and can be purchased via www.livenation.it, www.lndf.it or in authorized TicketOne sales points around Florence. 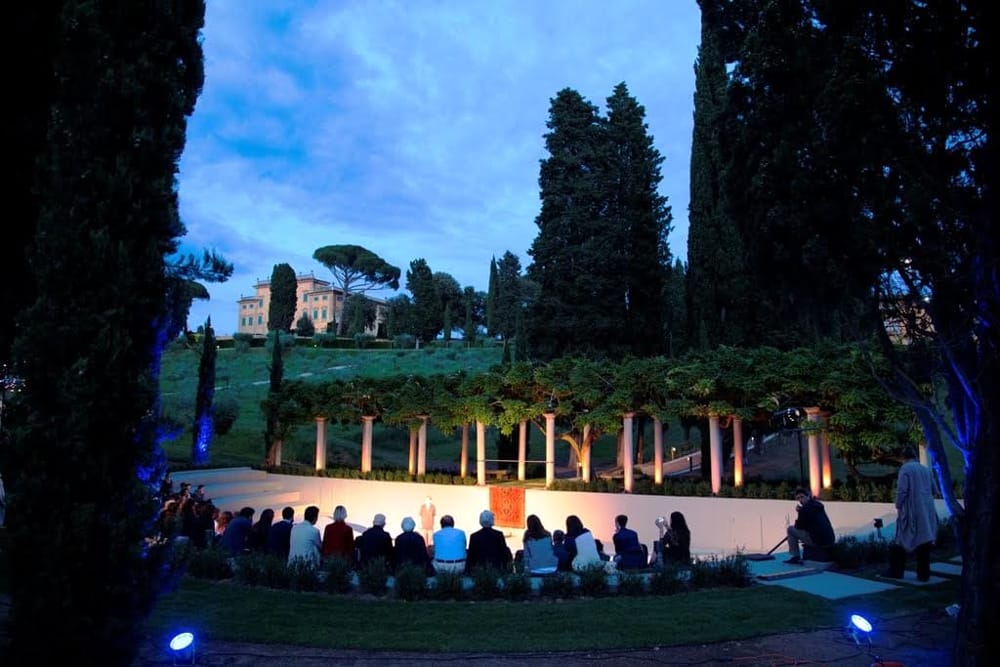 Theatre and concerts on the NYU Florence campus

There’s nothing like a summer evening on the NYU Florence campus, a magnificent 57-acre estate lined with olive groves, cypress trees and all the stuff that (Tuscan) dreams are made of. The campus will soon launch the 15th edition of its summertime festival The Season, which features an interdisciplinary lineup of concerts and theatre. This year’s condensed program renders it all the more exclusive. Opening the festivities is the annual Sir Harold Acton concert, which this year will be a Verdi-themed evening with the young singers of the Accademia Verdiana in Parma (June 6). The stage will be set for Ludovico Ariosto’s world-famous Orlando Furioso on June 12 (rain date June 13). Up next is a musical theatre-themed concert by the Continuum Company of New York (June 20); the showcase concludes with an adaption of Molière’s Tartuffe (June 27). Advance registration is required for all events; email lapietra.reply@nyu.edu to book your seat.

The longest-running (or longest-leaping) dance troupe in the United States will tour jete its way in to the Tuscan capital for three days this month. Members of the Martha Graham Dance Company, founded in 1926 in New York City, will perform a wide-ranging show, with most pieces featuring the original choreography of their namesake, a modern dance pioneer. The program for each performance includes Errand into the Maze (music by Gian Carlo Menotti); Deo (Lesley Flanigan); Lamentation variations (Mahler, Dowland and Chopin); Ekstasis (Lehman Engel) and Diversion of Angels (Nsorman Dello Joio). Tickets start at 20 euro (for nosebleed seats, it’s worth noting) and are available on www.teatrodellapergola.com/martha-graham. 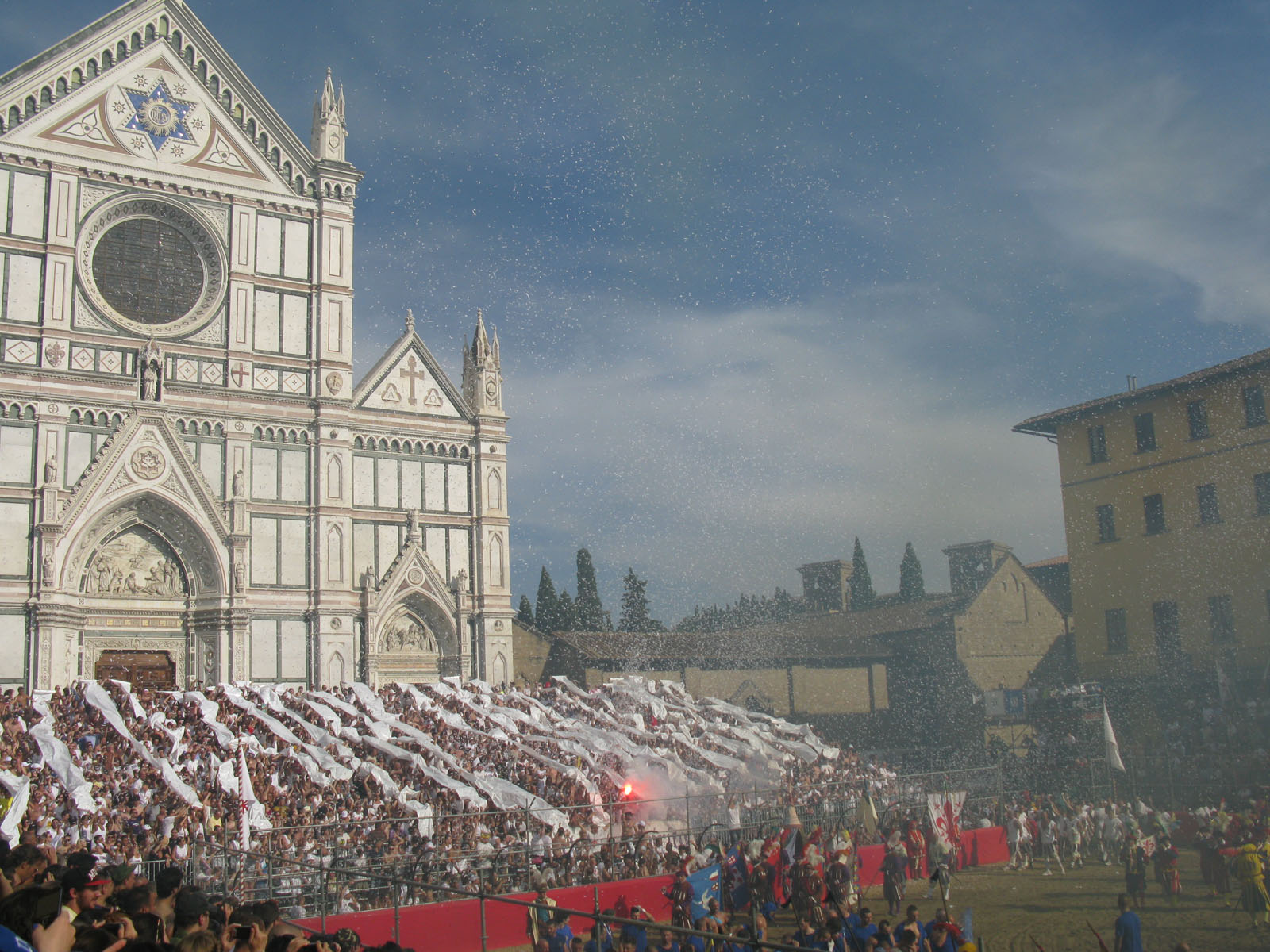 Florence’s patron saint John the Baptist is always the central figure for much local revelry in the month of June; his feast day (“San Giovanni”) is June 24 and there is much pomp and circumstance in the weeks leading up to it. An annual standout: the semifinals of calcio storico, that uniquely Florentine, centuries-old “sport” which merges rugby and football with roughhousing and neighborhood pride. The Rossi of Santa Maria Novella are pit against the Verdi of San Giovanni in the first match (June 15) before the Azzurri of Santa Croce take on the Bianchi of Santo Spirito (June 16). Winners of each semi will advance to the final on June 24. Topping off the feast day is a beloved fireworks show shot from piazzale Michelangelo; grab a spot on the lungarno (or reserve one on a rooftop) before 10pm for a bird’s eye view. A reduced version of the annual community-centered Festa della Cultura, San Giovanni Battista is also slated to take place; stay tuned to festacultura.org for dates and details. 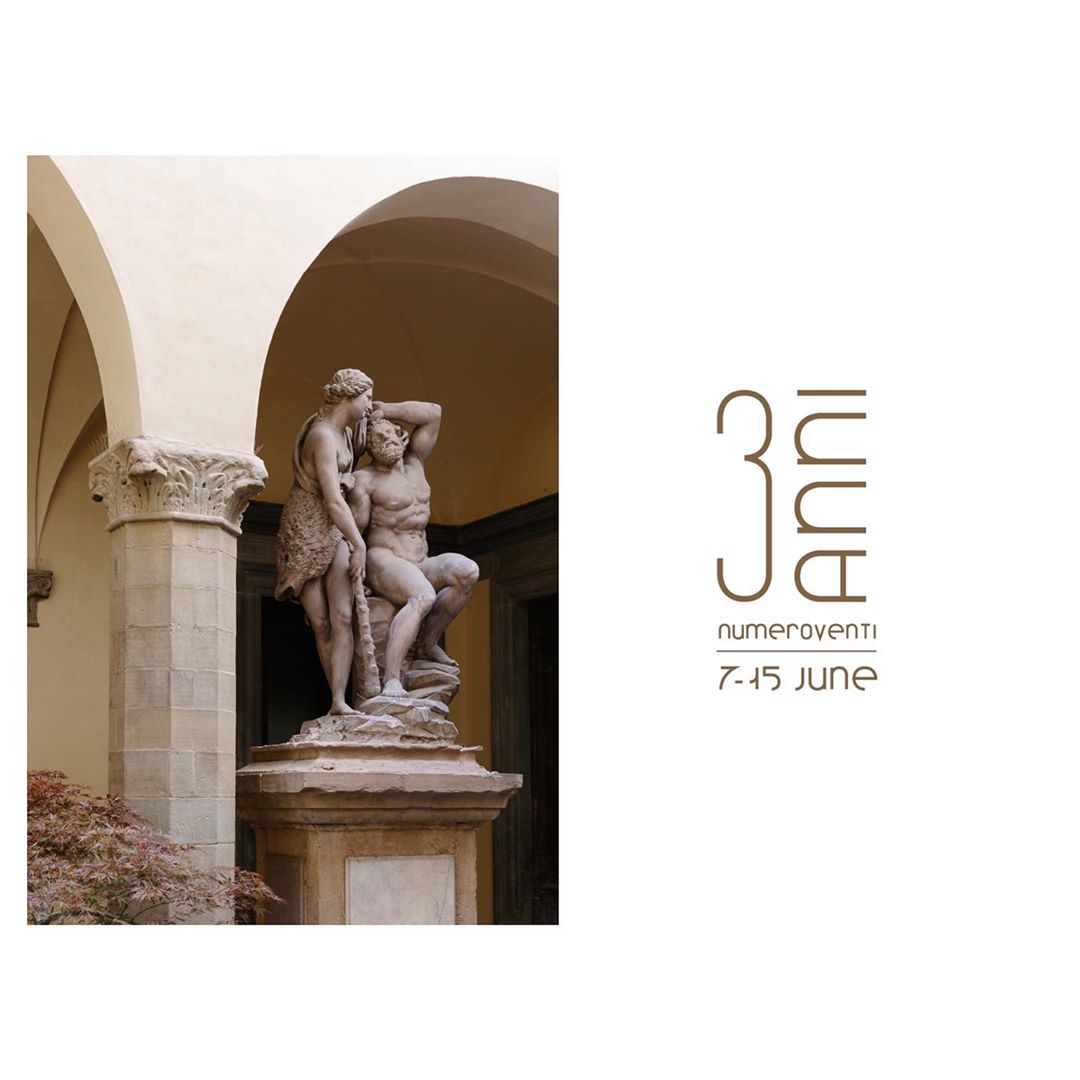 Contemporary art hub, co-working space and remade Renaissance palazzo Numeroventi is celebrating its third birthday during peak Pitti season. The multilevel space, which has heretofore hosted a variety of artistic residencies and one-off events, is getting an overhaul: you could call this an inaugural party for a new era and the final installment of the “Open Studios” format they’ve used in the past to highlight the fruits of the artistic residencies. An “Open Studios” exhibition of work by the most recent round of artists-in-residence will open at 11am on June 10 and will feature a range of media (interior design, sculpture, painting, ceramics and more). But the big development will be the opening of the new Numeroventi shop and gallery,  which will run uninterrupted from June 8 to 15. Also in the pipeline for Pitti week is an event with Danish design brand FRAMA; stay tuned to www.theflr.net/3anniNumeroventi for details. 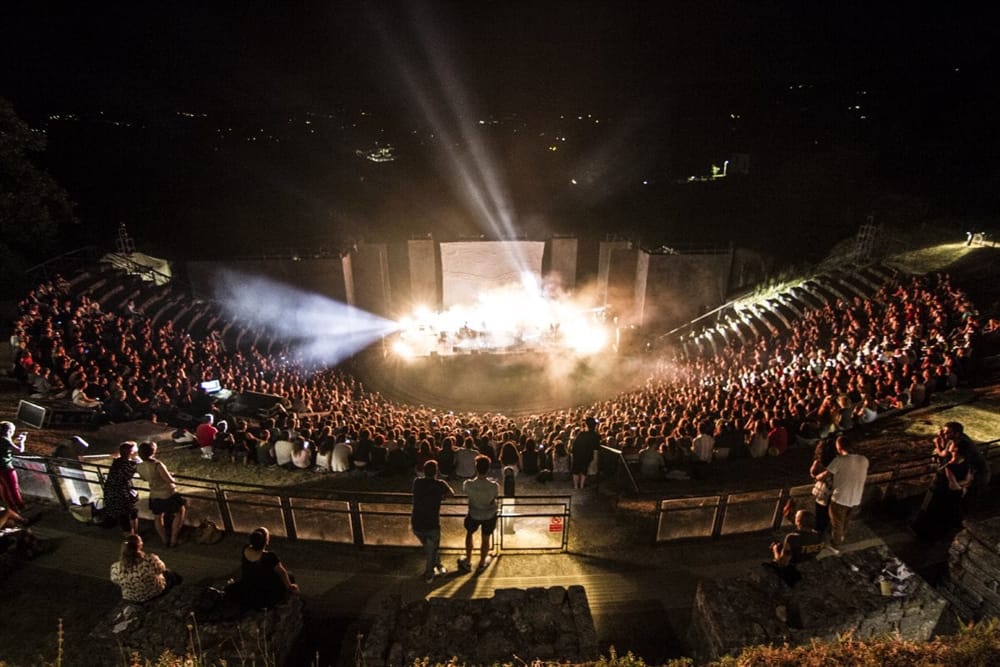 Estate Fiesolana bridges the ancient past with artists of the present

Fiesole’s Roman amphitheater is a step or two above your average spot for catching a Saturday night music gig or theatre show. Once again, the venue bridges the ancient past with artists of the present, hosting a series of summer shows in a range of genres. Events kick off on June 20 with a concert by Simone Cristicchi; other highlights this month will be Sophocles’ Ajax (performed in its Italian version, Aiace), on June 26; and a concert by the Scuola di Musica di Fiesole on June 21, featuring Cesare Picco on the piano.  Looking ahead, July will bring names of international import like Xavier Rudd (July 26) and Italian pop sensation Levante (July 10). For the full program and tickets, see www.estatefiesolana.it.