16th-century rooms open at the Uffizi

"It's like a museum within the museum," says Eike Schmidit, director of the Uffizi Galleries. 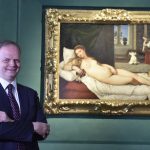 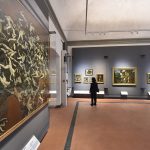 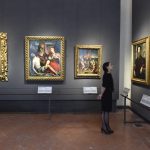 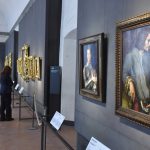 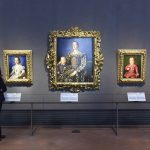 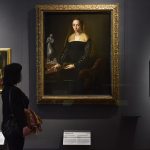 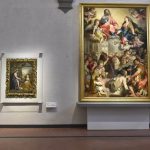 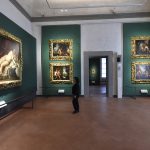 Following nearly a year of renovation, the Uffizi has debuted the rooms dedicated to 16th- and 17th-century artworks, showing 105 pieces by Venetian and Florentine masters across 14 rooms.

Celebrated paintings like the Venus of Urbino by Titian, Federico Barocci’s Virgin of the People and the preparatory sketch for The Fall of the Angels by Andrea Commodi are on display alongside more than 30 others that have not been shown to the public for decades. The renovated rooms vaunt newly coloured walls, each hue chosen to represent the works they play host to: green, inspired by the drapery and wall hangings seen in numerous Venetian Renaissance paintings, and dark grey for the Tuscan school, echoing the pietra serena used to build the Uffizi itself.

“It’s as though a second, new museum has opened in the gallery,” said Eike Schmidit, director of the Uffizi Galleries. “At long last we can display two sections of our collections […] which rank among the most important such collections in the world, in the best surroundings possible.”

Neighbouring the Venus of Urbino, which is just one of three paintings to hang in a room by themselves, visitors can admire works by Lorenzo Lotto, Tintoretto and Veronese, offering an overview of the Uffizi’s collection of Venetian paintings. The design choice for one of the largest rooms, the Hall of the Pillar, stands apart from the others, with light walls reflecting the inside of a church, considering the room houses the museum’s collection of altarpieces dating to the Counter-Reformation. Some of the smaller rooms have been set up to resemble studioli, one of which contains religious works, while the other has paintings of mythological and allegorical subjects.

The renovations were made possible thanks to Friends of the Uffizi Galleries, which donated 100,000 US dollars towards the new Venus of Urbino room, and Trish Savides, a member of the association who donated 15,000 dollars for the restoration of Lorenzo Lotto’s Holy Family. The 16th-century rooms are the latest in a string of renovations in recent years, which have included the Leonardo rooms and the 17th-century rooms.