She arrived as he was having dinner. The guys from the funeral home left her by the back door of the morgue, with the bag of clothes and trinkets her mother wanted her to wear in that place where nobody would see her, except for one last time. He’d been expecting them. When they arrived he went out to get her, still chewing.

The sky was bloodless and the city was giving off a hiss, like an animal that’s on its last gasp but refuses to die. Without a word, he signed the slip and they were already gone. He went back in with the trolley and pushed it down the nave-like hall to the little vestibule separating the office from the mortuary. Up against the walls were other cots, empty and rusted. Everyone else had gone home. It was just the two of them. And the hum of the coolers in the next room. “Welcome,” he said. 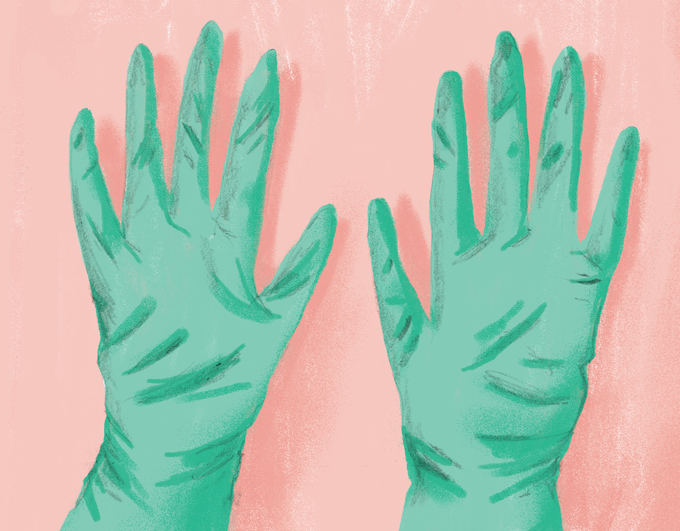 He patted her head through the bag and went back to the cold remains of his dinner. An hour before that some person had called the morgue, a medical examiner. A woman had been found dead, suicide, with a bathrobe belt around her neck. She had hanged herself, although the guy had used the term “self-induced asphyxiation.” Her face was blue and clenched, a horrible snapshot of the terror and exhaustion she must have felt as she died. The examiner said her family seemed more upset about the circumstances than about the death in itself. They had read the report, they didn’t get why it had to be so detailed, that’s not necessary they said, it’s a delicate thing to handle in public, the body needs to be in an open casket, definitely not in that state. The task of identification fell to the sister, her mother didn’t want to see her, not until after the treatment. It was the examiner who had explained about the embalming processes that could delay decomposition, and how the injected fluid could give a skin tone just like the original one. With the right percentage of formaldehyde and some skillful grooming she’d look her old self again, be presentable again, her daughter again. Then he gave the name of a professional who could help, at the hospital across town. So the old woman came around to the idea and had already embraced the terminology, using the word “treatment” to describe the procedures that would restore her daughter’s appearance and allow the viewing public of friends, relatives, and acquaintances to remember her just as she’d always been. 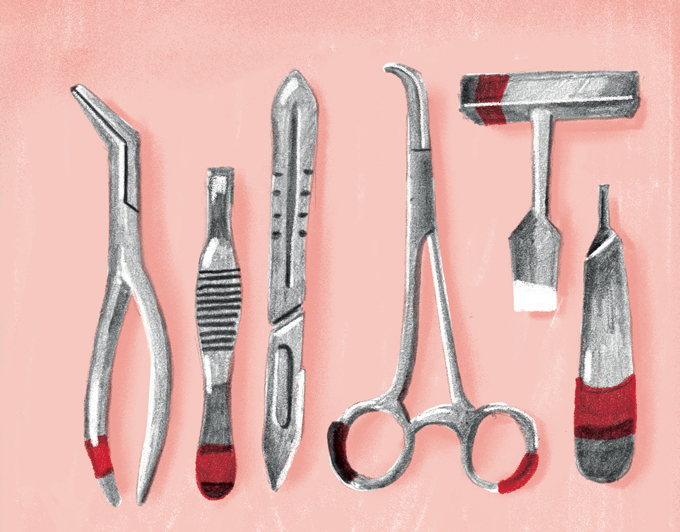 Swallowing the last bite, he leaned back in his chair. He looked through the glass doors of the embalming room, the place of purification where he put death on hold. Inside he had laid out all his tools, the fluid, the cosmetics, the projector and the little digital recorder. He never worked without a movie in the background, or without recording himself. When he played back the audio, on those nights brimming with solitude, his words to the corpses mingled with the words from the films. That evening he would title the recording Woman. 42. Suicide. Sunset Boulevard. He’d thought of the movie while still on the phone with the examiner. It was perfect, he decided. Both of them would have a role to play.

He got up and rolled the gurney into place next to the tray of instruments. On one side of the room were cooler compartments set into the wall, on the other were two aluminum tables. He transferred the body bag onto the one by the wall he used as a screen, turned off the lights, and switched on the projector and portable recorder.

The images began to take shape just as he unzipped the bag. He put on his blue latex gloves and uncovered her all the way. Running his hands over her white skin, he probed the haze that had settled like a seal on the abandoned city.

In a whisper he told her the story of that silent film star buried by the advent of talkies, forgotten by everyone, but convinced she could make her comeback in a picture by a great director. He told her what was true behind that fiction whose light and shadows played in black and white across the blank screen of her body. “Everything ok, Norma?” he asked her. Then he brandished his scalpel, cut into the waxy skin of her neck and pulled the tissue apart with a spreader. He opened the artery, slid in the cannula and began to inject the embalming fluid, massaging her limbs and face to help it circulate. She started to unclench. Her fingers, her eyeballs, her nostrils recovered their tone and her pale, swollen face slowly regained the color of life. She went through a merciless series of treatments a male voice commented in the movie. She was absolutely determined to be ready. Ready for those cameras that would never turn. “Don’t worry,” he whispered, speaking over the other voice. And sat down to watch her be reborn. 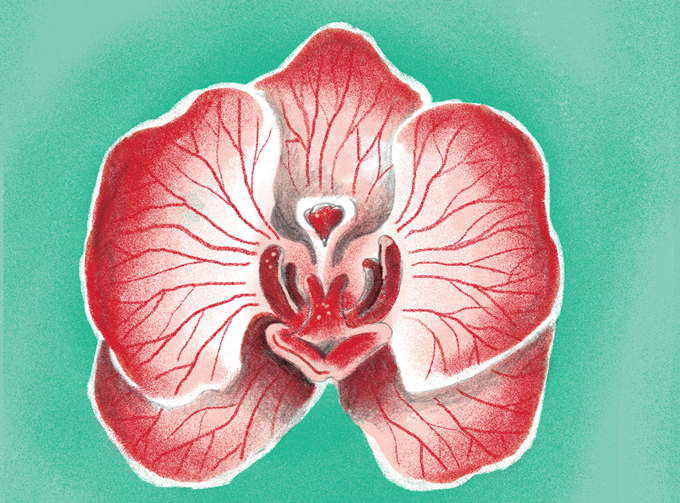 After a few minutes he detached the last bag—it had taken five of them, a liter each, to fill the body. Then he moved on to aspirating the urine, feces, and residual gastric juices. He washed her with soap and water, so that every nook and cranny was cleaned and disinfected. Her hair smelled good, its color perked up with spray. He pressed down gently on her chest to ease the last bit of gas out of her mouth, put a tablet of deodorant under her tongue, as if cleaning a restroom, and closed her jaws and lips. He dressed her according to instructions, put on her earrings, necklace, rings, watch. And covered everything with a sheet, pulled up to her shoulders, to keep her clothes from getting smudged with makeup. Then he bent over her slowly, as if for a kiss. “You know,” he murmured as he daubed mascara on in little strokes, “there’s this flower, an orchid, that produces no nectar at all. It basically has no normal means of getting insects to pollinate it. Its only way to reproduce is pretend to be something it isn’t.” He dipped the wand into the tube again and moved on to the other eye. “It’s shaped like a bee, colored like a bee, feels like a bee, is fuzzy like a bee, and gives off the same hormones as a female bee. The males rub against it thinking they’re having sex, and so they carry its pollen around.” On the wall, the diva’s transfixed face was caught in a rapture of nostalgia, waiting for the cameras. He picked up the lipstick. “And you know what the kicker is, Norma? The males end up choosing the orchid over the actual females. They prefer what it appears to be. It’s loved only for what it’s not.” He outlined the thin embroidery of her lips. 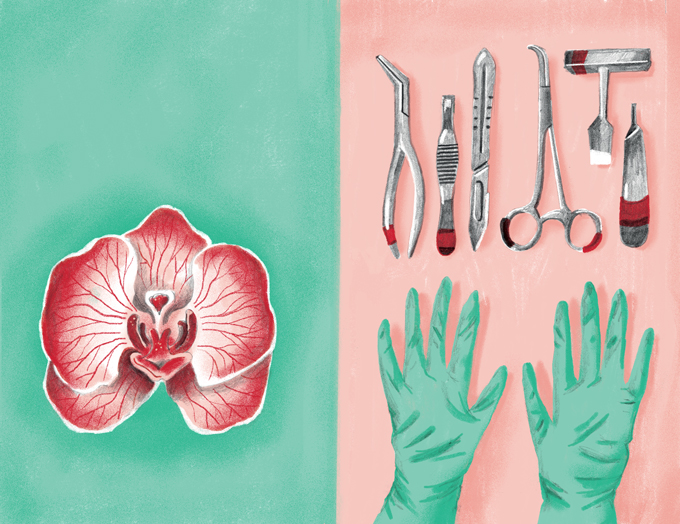 Now the diva seemed to be pointing right at them. She stared at them wide-eyed, as if searching for them in the dark. I’m ready for my close-up she said. He stroked his newborn’s hair. “Welcome back,” he told her. 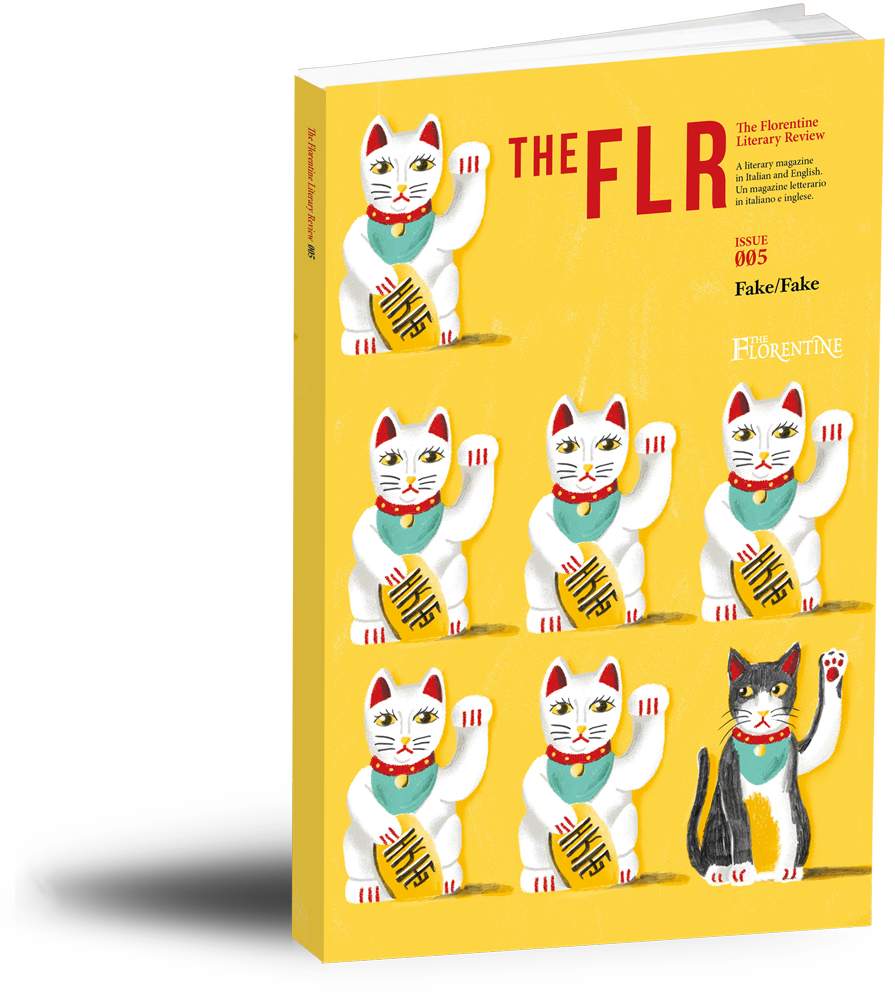 Read contemporary Italian authors in English with TheFLR. Buy it direct and make a saving.

Available in Florence at Todo Modo and Paperback Exchange bookstores 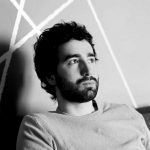 Mirco Roncoroni won the contest for publication in issue five of TheFLR – The Florentine Literary Review with this short story—134 short stories written in Italian with the theme “fake” were submitted for consideration. Former editor of Ctrl magazine, Roncoroni currently works as a freelance editor and content writer.