The Owl Game in the Boboli Gardens restored

Sculptures in the garden constitute the soul of this unique Medici park.

The Owl Game by Giovanni Battista Capezzuoli has been restored in the Boboli Gardens thanks to Young Friends of Florence.

Simonetta Brandolini d’Adda, founder and president of Friends of Florence, spoke about how much pride and hope for the future the restoration gives her, not only for the foundation, but also their “mission to preserve the important artistic heritage of Florence and Tuscany for future generations.” Director of the Uffizi Galleries, Eike Schmidt, added that the sculptures in the garden, along with the floral and arboreal beauty “constitute the soul of this unique Medici park”. 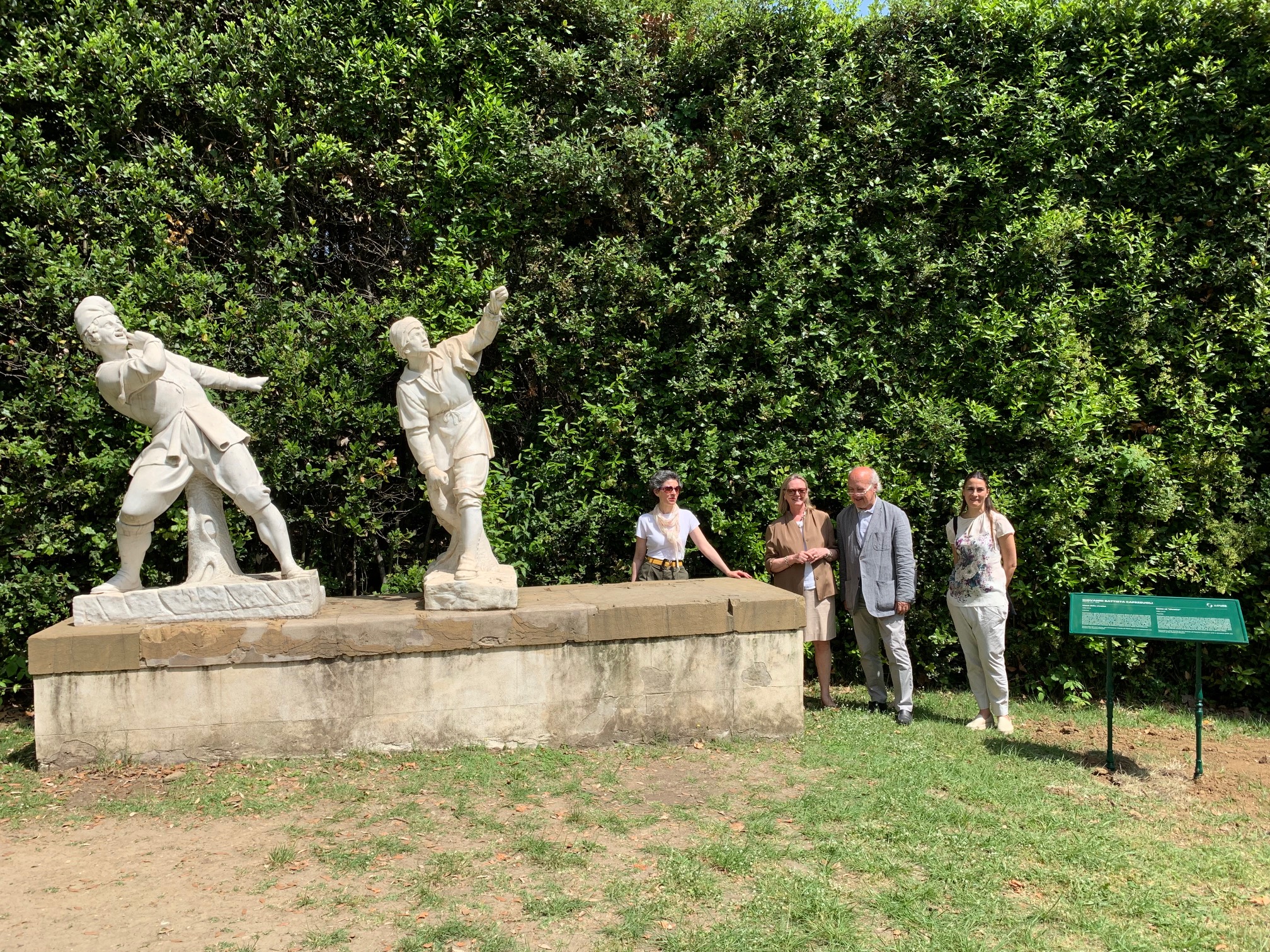 The Owl Game by Giovanni Battista Capezzuoli in the Boboli Gardens

Commissioned around 1775 by the Grand Duke Peter Leopold, the sculpture is located between “Prato delle Colonne” and the Porta Romana entrance to the Boboli Gardens, opposite the Romolo Ferrucci del Tadda’s sculpture group Caramogi. The work depicts a street game in which it’s assumed that the player in the middle had to dodge the two opponents’ slaps while trying to touch them in order to be free and switch places. The third “contender” was never made, but the agility of the existing players and their deft movements are vividly conveyed.

The restoration involved removing the algae, mosses, lichens and other substances that were attached to the sculpture and had reduced it to a poor state. Exposure to the elements meant that the work also needed to be cleaned. The pins which had originally been added to the stucco were removed and new fillings were added instead, more suitable to the original surface. A final treatment was added to protect the surface and prevent further damage as much as possible, preserving this playful work for generations to come.