On June 27, the UK affirmed its centuries-old friendship with Italy based on cultural, academic, economic and commercial exchanges at the Queen’s Birthday Party held at Florence’s Villa Bardini. 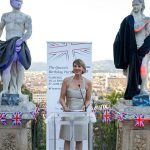 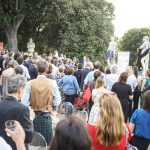 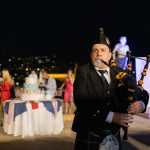 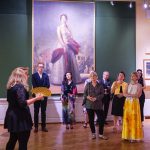 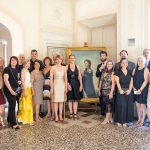 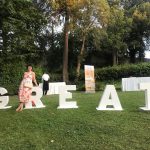 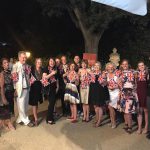 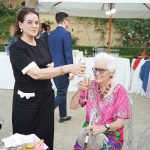 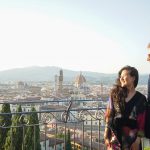 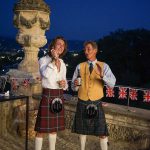 Three hundred guests gathered at the hilltop location to toast Her Majesty Queen Elizabeth II as the Queen’s Birthday Party event returned to Florence after a ten-year hiatus. This was the final QBP on the 2019 Italy tour organized by the British Embassy, which began in Palermo a month ago before moving to Naples, Rome and Milan.

In a speech delivered to guests as the sun set over the spectacular skyline of Florence, British Ambassador to Italy Jill Morris said, in Italian (translated here, ed.), “The Queen’s Birthday Party is an occasion to celebrate the strong ties that unite the United Kingdom and Italy, and to create new opportunities for friendship and collaboration between our two countries… The relations between Italy and the United Kingdom are not limited to the historical ones of the Grand Tour, which also represent a solid foundation. They continue in the present with the intense cultural, academic, economic and commercial exchanges that we are celebrating here tonight. Florence is historically a city beloved by Brits. Only two years ago it was the centre of a busy programme of events during the Royal Visit of Prince Charles and the Duchess of Cornwall. Furthermore, like all the cities that have hosted our celebrations, Florence will be at the centre of a focused programme of events in 2020, which our two governments have designated as the Year of Anglo-Italian Culture, aimed at further strengthening our cultural and artistic relations.”

Jacopo Speranza, president of the Fondazione Parchi Monumentali Bardini e Peyron, which manages Villa Bardini and its grounds on behalf of Fondazione CR Firenze, emphasised “the strong bond with the British community thanks to the Annigoni Museum and the artist’s preparatory drawings for the portraits of the Royal Family owned by Fondazione CR Firenze”.

British and Italian excellences were at the heart of the garden party with a statue by London-born artist Antony Gormley installed alongside the Union Jack and Italian Tricolore next to Villa Bardini; a space curated by The British Institute of Florence; the “UK Culture House” in Florence, a romantic poets area organized by the Keats and Shelley House in Rome; and guided tours of Villa Bardini’s Pietro Annigoni section, dedicated to the “painter of queens”, the Florentine artist who painted Her Majesty in 1955. An authorized copy of Annigoni’s famous portrait of Queen Elizabeth II by the artist’s close friend and protégé, Romano Stefanelli, was on display especially for the evening. Guests were greeted to the function by an Italian bagpiper and the music continued with British tunes played by the Embassy’s resident DJLaù. One of the highlights of the QBP was an impressive Union Jack video mapping of the villa.

British and Italian catering starred side by side, with delicacies from the historic Roman tearoom Babington’s and numerous specialities including smoked salmon and fish and chips, beer and whisky, and the garden party drink of choice, Pimm’s. Brunello di Montalcino and English Sparkling Wine were among the drinks served to guests, while the celebratory cake was crafted by local business Tuscan Wedding Cakes.

The Florentine edition of the QBP pledged social commitments, focusing on the fundamental work conducted by voluntary associations with which the Embassy has been collaborating for years in Tuscany: Associazione Arcobaleno and Caritas, both visited by the Duchess of Cornwall during the 2017 Royal Visit to Italy. All five QBPs have not only had a zero environmental impact, thanks to the partnership with AzzeroCO2, but also were devoid of plastic, as part of the commitment to venture “Beyond Plastics” with Novamont.