La Wanda Gastrica and the art of a drag queen

Diego Claudio has been a drag artist for 22 years. Here he talks to The Florentine about his drag persona, La Wanda Gastrica, the scene in Florence and Tuscany (or the absence of it), and his glamorous career. 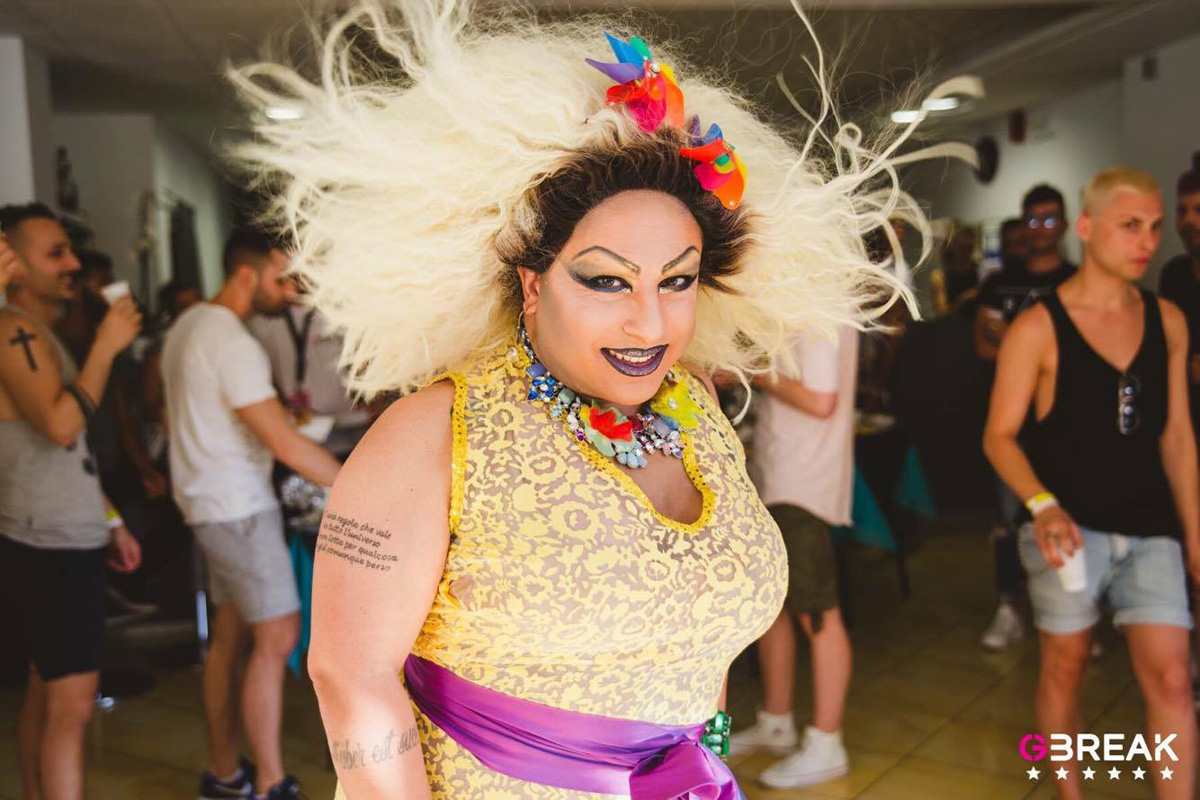 Jane Farrell: La Wanda Gastrica is a name that catches your attention. How did you come up with it?

Diego Claudio: La Wanda Gastrica is in homage to Wanda Osiris, an actress, singer and showgirl who worked between the 1930s and the ‘90s. She was a woman who dressed in a very flamboyant, glamorous way, always dripping with jewels and lots of feathers. She was really one of the first Italian divas. The name is a play on words. My mind moved from Wanda to La Wanda, then La Wandissima and finally La Wanda Gastrica, to reflect my well-known sharpness!

DC: I like to be a bit like Lady Diana, the princess of the people. By that, I mean that I like to be a “national treasure” among my people, making them laugh but also moving them. I like involving the audience and interacting with them during performances. I prefer smaller venues where I can have direct contact with people as opposed to big venues.

JF: What is there of Diego in La Wanda Gastrica and vice versa?

DC: A lot. La Wanda Gastrica is really a mask that covers Diego, giving him strength and courage to put himself out there and spread his message. I’ve often used my drag character in my activism for the LGBTQ community. Wanda gives Diego the power and the platform to do his work because she is listened to more than Diego is.

JF: What do you think about the drag and gay scenes in Florence? How active are they? And in Tuscany generally?

DC: Regarding the drag scene, there is very, very little. Really not much at all. There are a number of important drag roles that thankfully exist, but these are very few. Unfortunately, the reality is that drag operates exclusively in the gay community. There’s no space in Tuscany for a drag artist and no one is willing to risk giving us that forum. The only work is in the few gay venues that we have here.

JF: In your opinion, how is the art of drag perceived in Italy? Is there a difference with how it is perceived in other cultures?

DC: Recently in Italy, we’re getting closer to the phenomenon of drag that is so big in America with RuPaul’s Drag Race. There’s always been a kind of fear and a belief that drag is something transgressive. I’ve been working as a drag queen for 22 years, so I was working at a time when it was viewed as something really transgressive. Now that’s slowly changing due to things like in America, where drag queens are also used to sell products and garner more visibility. Italy is slowly moving towards featuring us more on TV, but we still have light years to go.

JF: Tell me about your work.

DC: For years, I worked as the artistic director at Mamamia in Torre del Lago. Now, I have a different role there as resident drag queen. Most of my work involves presenting competitions such Miss Drag Queen Italia, The Most Beautiful Gay in Italy and Miss Gaya.

JF: Where can we see you this summer?

JF: What would you say to someone interested in becoming a drag artist?

DC: I would tell them that it’s a job that involves plenty of sacrifices. It can be tiring because if you want to perform at a high level there’s lots of travelling involved. You have to invent yourself, and then re-invent yourself. You also have to study, be up-to-date and know exactly what it is that you want to say into the microphone. It takes money too and at the beginning you won’t be earning much, but if you’re dedicated and passionate about what you do, the results will be worth it.