The power of plants: Stefano Mancuso

Stefano Mancuso knows more about plants than most people.

He’s the director of LINV – International Laboratory of Plant Neurobiology, whose headquarters are in Florence, but whose tendrils unfurl all over the world, from Japan to Germany. This summer, Mancuso’s team has put down its roots at the ever-growing Manifattura Tabacchi and the plant neurobiologist is co-curating The Botany of Leonardo exhibition at the Santa Maria Novella Museum. 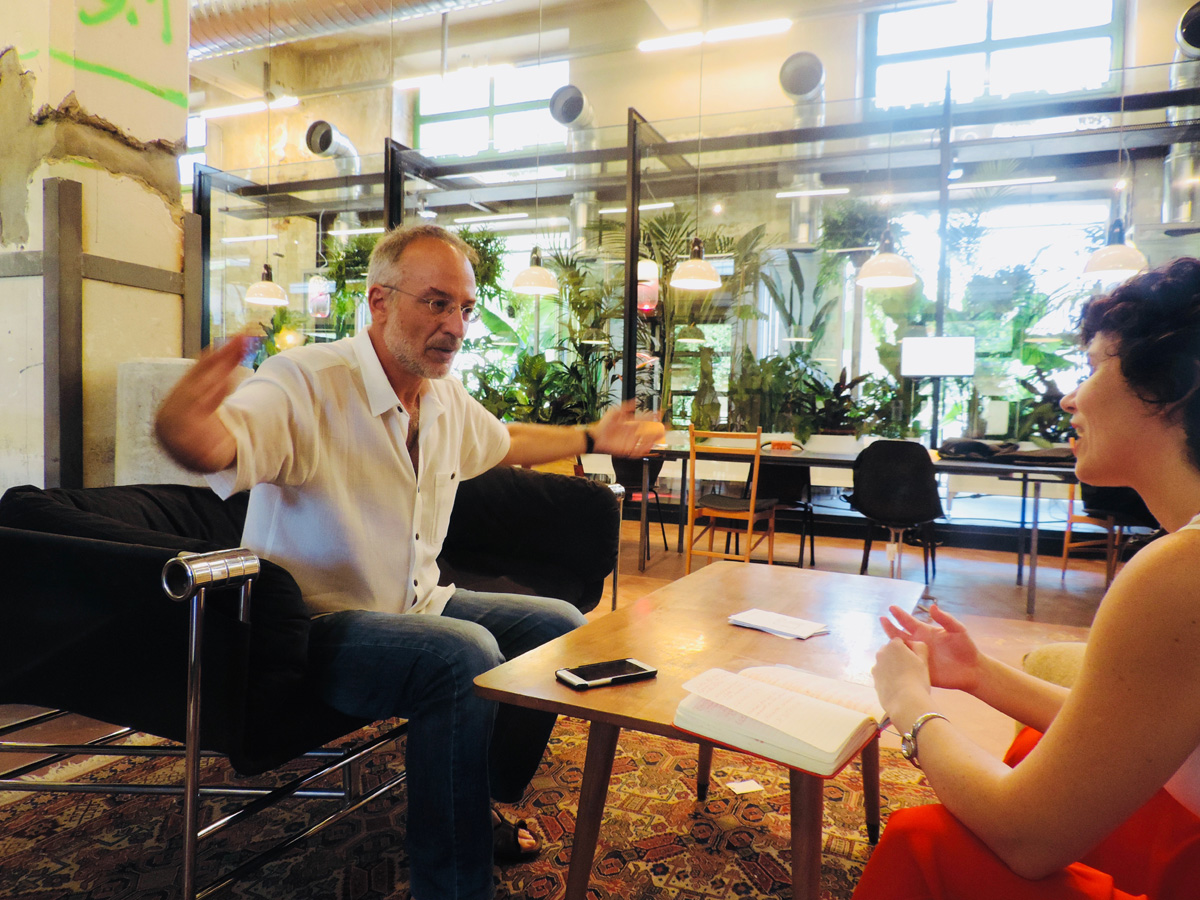 Helen Farrell: What does a plant neurobiologist do?

Stefano Mancuso: We study the cognitive ability of plants, which means how plants are able to solve problems. The extraordinarily interesting thing is that plants are capable of solving problems in an incredibly different way to animals. Animals almost always base all the solutions to their problems on movement, on their ability to move. We animals think we’ve solved a problem, but actually we’ve avoided it. We move away from problems, whereas plants are unable to do that. Plants are obliged to solve problems. If they are short on nutrients, if they don’t have anything to eat or drink, if they need to defend themselves, if they need to reproduce or communicate, if they need to have a social life, all of which are fundamental for plants, they have to find a way to do these things without moving. It’s a totally different world. Studying this world gives us an incredible number of solutions that we can also use for our purposes and problems. Everything that humans have produced has been based on our own makeup as animals and we represent only 0.3 per cent of life. Plants, on the other hand, represent 80 per cent of life on Earth.

HF: “If the plant world were a nation, the rules of governance would be totally different from our own.” These words from your book La nazione delle piante (“The Nation of Plants”) intrigued me. Could you explain further?

SM: The rules would be totally different in general. For plants, the idea of hierarchy doesn’t exist. Hierarchy is an idea that strictly applies to animals that stems from how we’re built. Humans are built with a brain that governs our organs, so everything that we’ve constructed, from our societies to our organizations, even our tools, reflects the way in which we’re constructed. There’s always a central head, a brain, a control centre that rules the organs. Plants are different; they don’t have organs or control centres. All the functions are spread across the entire “body” of the plant. A plant sees, feels, breathes and reasons with its entire body. We see with our eyes, hear with our ears and reason with our brains. 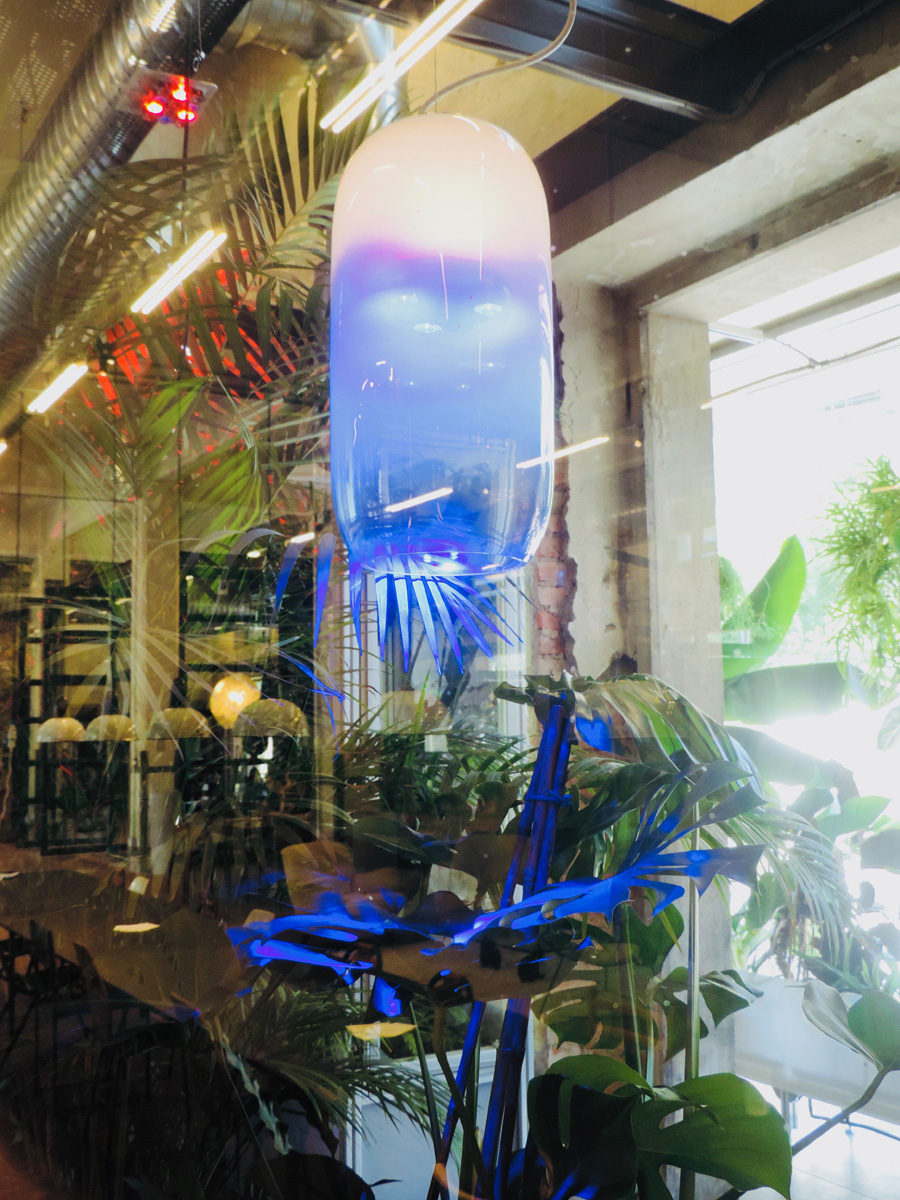 SM: Once this was discovered in plants, we started to try to use it in embodiment technologies in which intelligence is no longer just situated in the brain. Instead, efforts are made to produce embodied robots. Intelligence is spread throughout the body. All this comes from discoveries originally made in the plant world. I go one step further; I think that plants can act as a model. In the plant community, there’s never a leader. All the decisions are always made in an extremely democratic way, to use a human word. It’s the groups that decide. Communities are fundamental. Much more than for we humans. Given that they don’t move, plants need to have a community around them so that they can work together. Plants have developed a set of strategies, which means that they are very attached to the functioning of the entire community and to collaboration as opposed to competition.

HF: Let’s talk about The Florence Experiment held at Palazzo Strozzi last year. If I’m not mistaken, the outcome of museum visitors sliding down a chute with or without a plant was that humans have a negative effect on plant life. Is that correct?

SM:  Yes, that’s correct. Plants are good for us. We humans either have no effect on plants or we are a stress factor. In The Florence Experiment, holding a plant as we went down a slide was a deeply stressful factor for the plant. Firstly, plants aren’t accustomed to moving. We wanted to see if human presence alleviated or worsened this stress; it definitely worsened the situation. The person’s stress was added to the plant’s own stress. 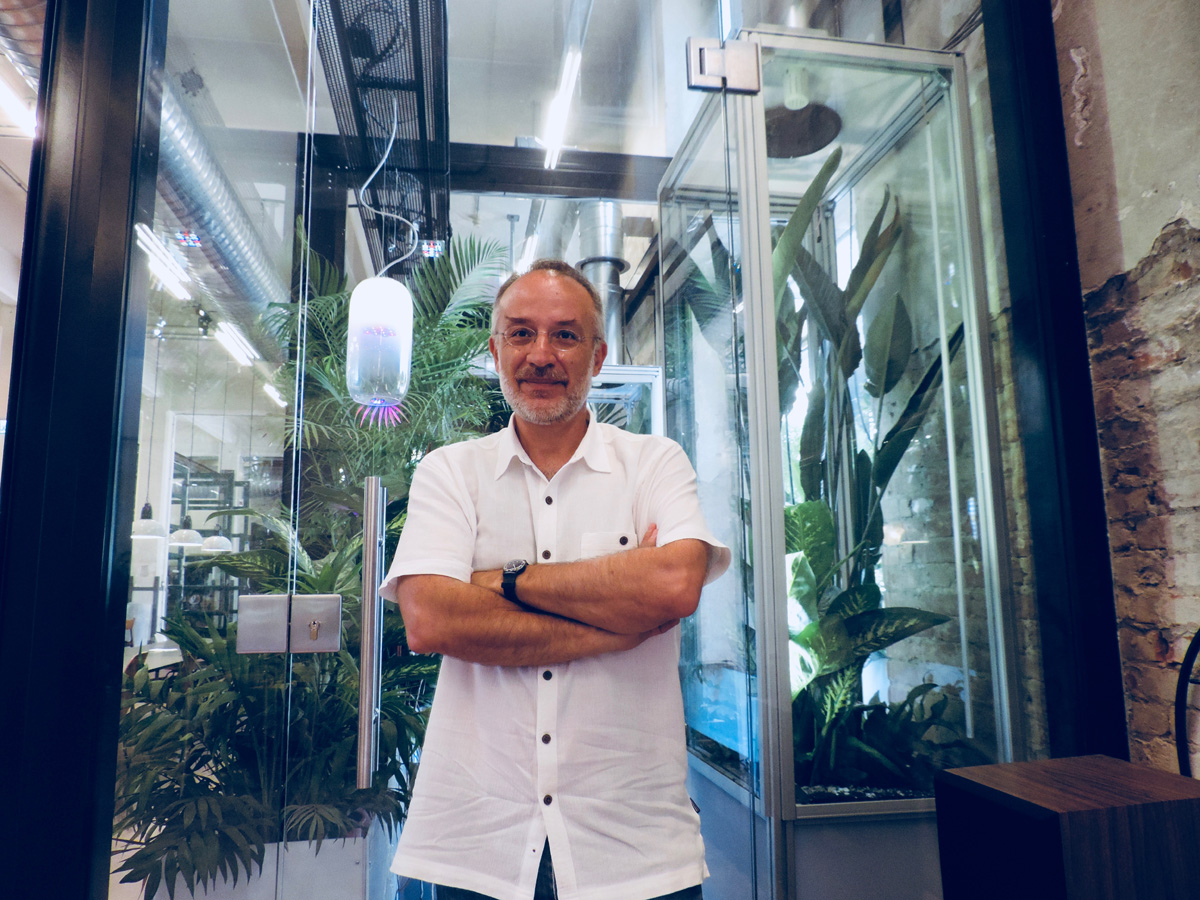 HF: Plants must be incredibly sensitive. How do they feel stress? Through breathing or body temperature?

SM: Through breath and chemical molecules. Plants are profoundly skillful at perceiving every tiny chemical change in the environment.

HF: You recently teamed up with an artist at the Fondation Cartier in Paris. What opportunities does this blend of art and science offer?

SM: We inaugurated this fantastic exhibition, called Nous les Arbres [“Trees”] at the Fondation Cartier. With Dutch artist Thijs Biersteker we produced this installation in which we collect data from two trees in the foundation’s gardens and we transform the information into moving images. It’s fascinating because it conveys how much plants are capable of perceiving in their surroundings. This idea of blending science and art is fundamental for me. I’m the director of an important scientific research centre [LINV – International Laboratory of Plant Neurobiology, ed.], where we’ve done hard science for years, but I realized that all the discoveries we made remained within a small circle. Instead, I’d like this new vision of plants to become as widespread as possible because knowing how plants work is fundamental for the future of our planet. Art has an extraordinary power that is lacking in science: it’s about emotions, whereas science is about logic. What we humans remember is what moves us and not what convinces us. 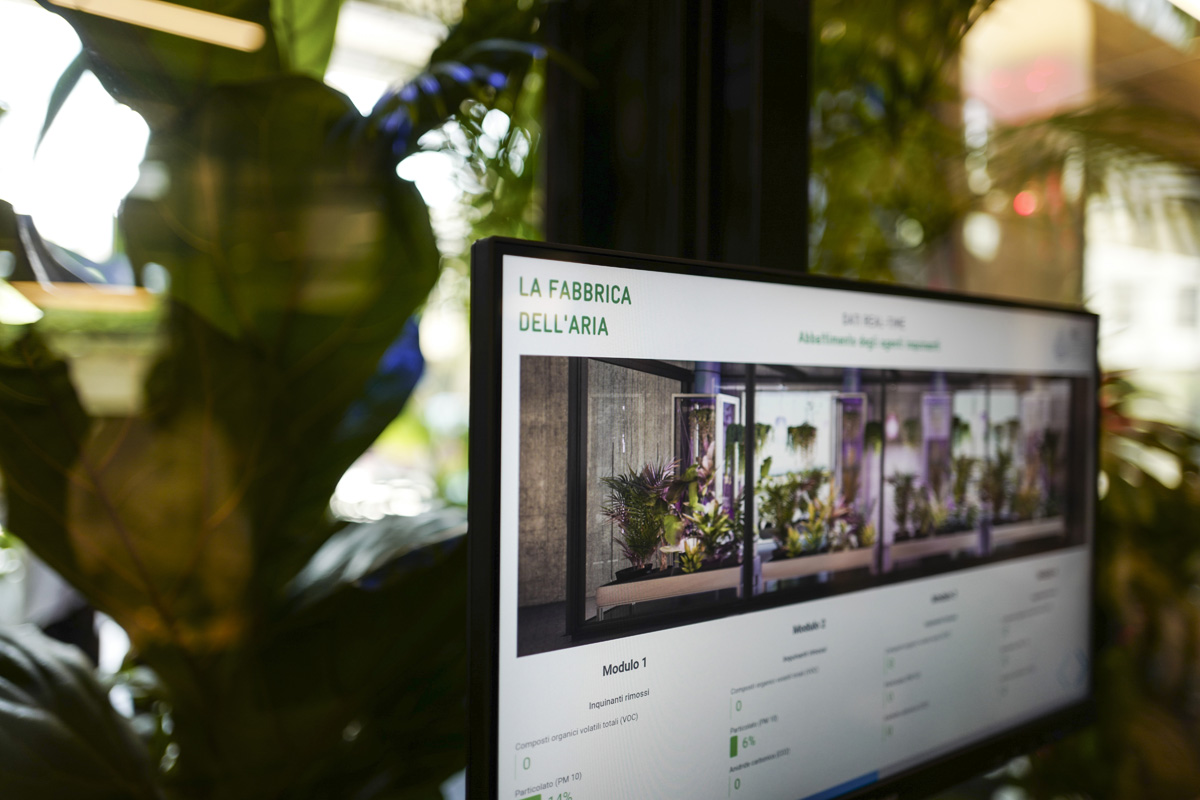 HF: Here we are at Manifattura Tabacchi with The Air Factory, your air filtering solution for this former industrial space. It’s not only functional but attractive too. I can’t take my eyes off it.

SM: It’s a scientific instrument because it purifies the air, but it’s also an art installation. It has to be attractive, that’s important. It has to spark this idea of wonder. It’s doing a job while charming us at the same time.

HF: Were the plants specifically chosen for their purification traits?

SM: Almost all of them have large leaves and are tropical because they have to live in a greenhouse. The air enters through the floor and passes through the glass cabinets. It’s purified and leaves through the large tubes above. There are lamps that emit special lighting that encourages the photosynthesis of the plants. 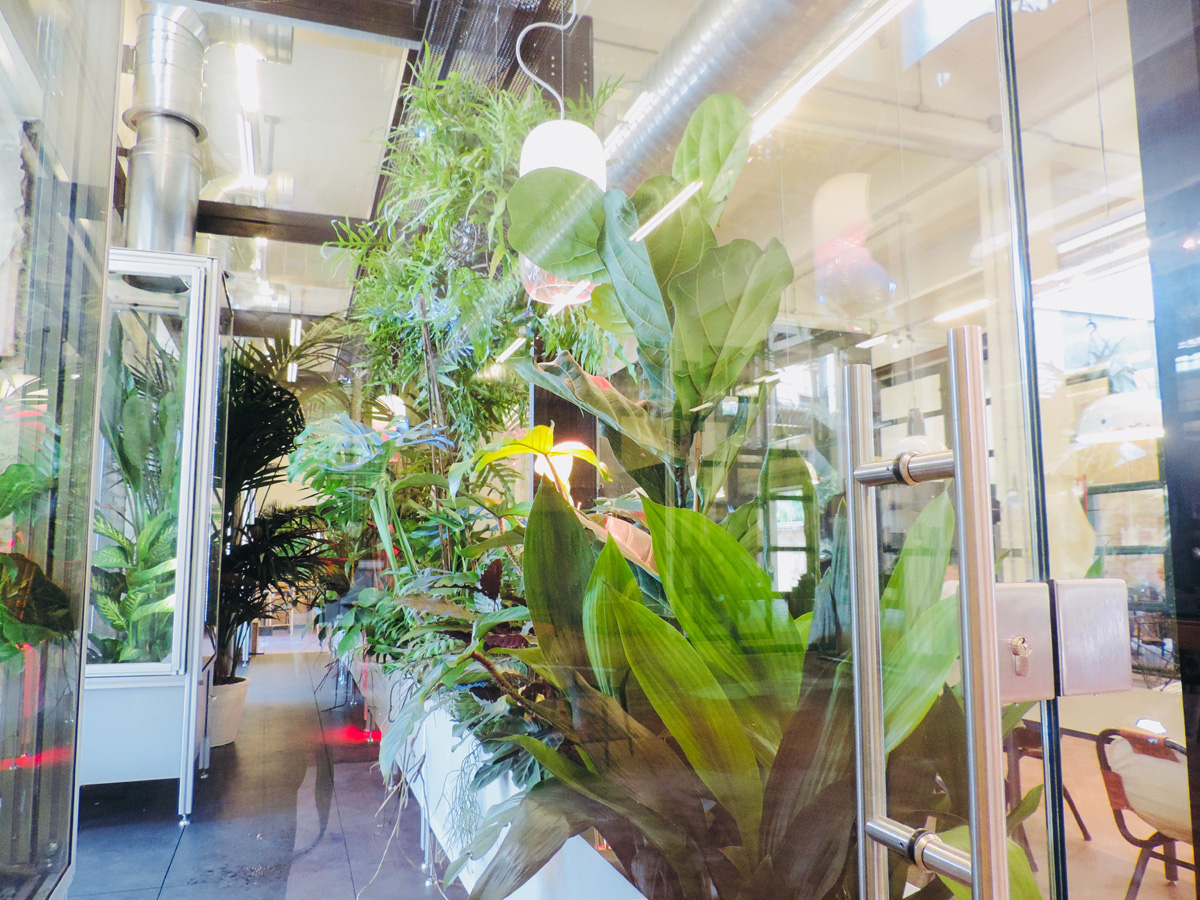 HF: How did the idea of The Air Factory come about at Manifattura Tabacchi?

SM: For a long time, we’d been working on plants’ abilities to purify air. Michelangelo Giombini, the head of Manifattura Tabacchi, wanted to do something with us, so we designed The Air Factory in just a few months. It’s merely a prototype. It demonstrates what can be achieved using plants as this system cleans 5,000 cubic metres in an hour. If we were to convert an old building, a hangar, into enormous air factories, we’d be able to purify the air in entire neighbourhoods in our cities.

This idea came to me when I was in China, where the problem of air pollution is rife. In some Chinese cities, they started to build these enormous towers like chimneys. At first, I didn’t understand what they were for, then I discovered that they were air filters. They absorb air in a physical and chemical way, cleaning and releasing it again; they use a massive amount of energy. We can do the same thing in a more efficient way using plants.

HF: What can you tell me about the forthcoming The Botany of Leonardo exhibition at the Santa Maria Novella Museum?

SM: The exhibition, which I’m co-curating, focuses on Leonardo’s botanical discoveries, but it’s done in my usual style. It won’t be boring! It will show what Leonardo’s ideas have produced in the history of science through engaging installations and settings. With a Leonardo exhibition, there’s that risk of showing his notebooks and codices written backwards, and people being bored out of their minds. Leonardo cared about staging and set design: he knew their importance more than anyone else, which is why the Sforza family summoned him to Milan to organize their parties. Plus, he was a prototype designer, one of the greatest ever to have lived. 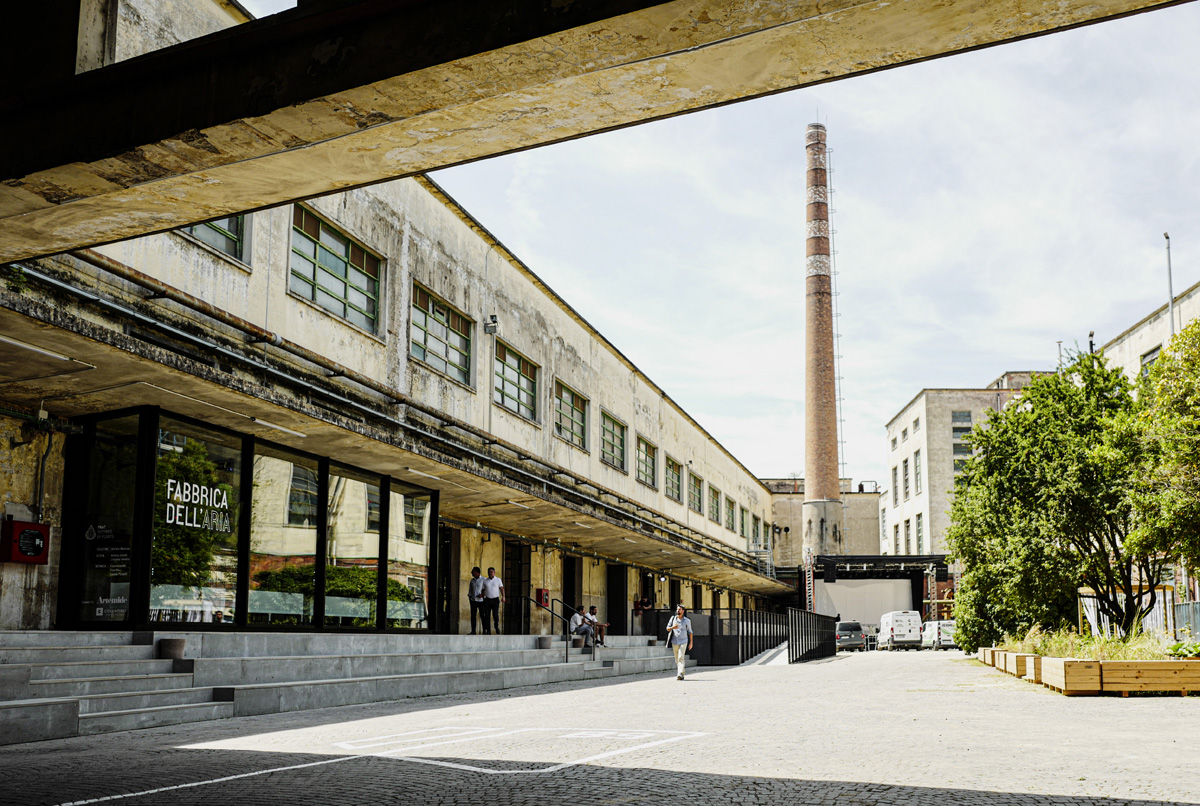 Read more about Stefano Mancuso’s work at www.linv.org, visit Manifattura Tabacchi to breathe in the clean air produced by The Air Factory and take a tour of The Botany of Leonardo exhibition, opening at the Santa Maria Novella Museum on September 13: www.leonardodavincibotany.com