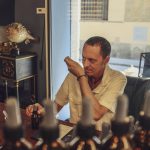 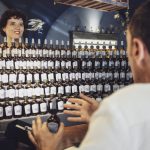 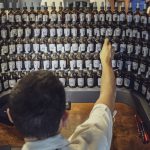 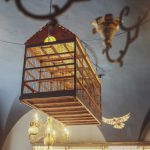 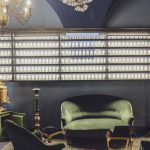 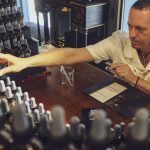 You might not be searching for the philosopher’s stone down via di San Niccolò, but strolling into Sileno Cheloni’s signature atelier feels like you’ve found it. This blue-hued den is a cabinet of curiosities that charms passersby powerless before personalized perfumes.

Helen Farrell: Do people come to you with a clear idea about the fragrances they like or do you educate about scents?

Sileno Cheloni: Our noses work on a yes-or-no basis. Is that the right or the wrong thing to eat? Will it make me ill? Is that a poison or not? That’s how we react to stimuli. If a client doesn’t like the smell of roses, for example, it’ll be hard to change their minds. They might smell the essential oil, which is pure, and find it to be very different than what they had perhaps perceived as the rose perfume they’d previously purchased from certain brands. For this reason, when people smell what I keep here, sometimes for them it’s an improvement and sometimes it’s not. Perhaps someone walks in wanting patchouli, but when they smell the real patchouli, they’ll say, “But I wanted something else”. 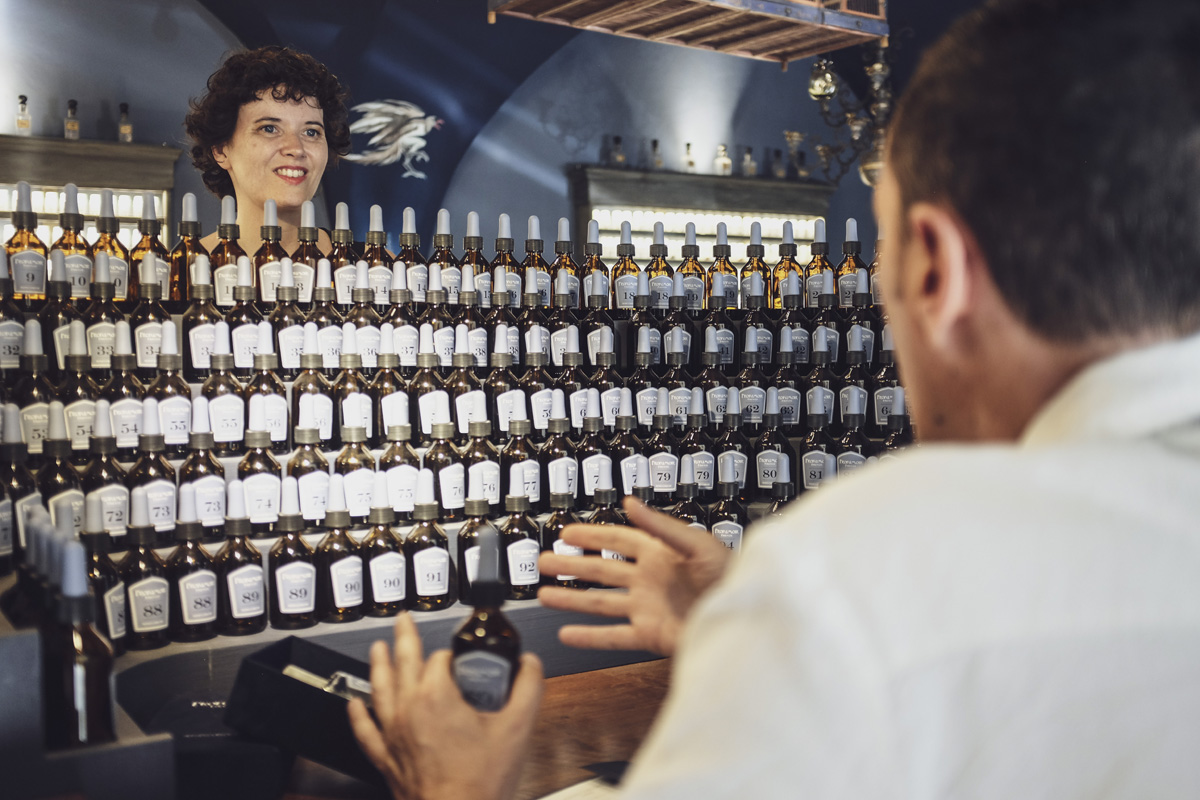 HF: Are perfumes male or female specific? Or is there a certain degree of gender fluidity?

SC: Rose is a perfume that belongs neither to the masculine or feminine sphere.  In the Arab world, rose is a masculine fragrance, whereas in France, it’s considered a fragrance for women.

HF: Do people walk in inspired by Florence, having smelled something in the air that they’d like to take away as a scent memory?

SC: We don’t really do that kind of thing, because otherwise we’d descend into touristy territory. We make a fragrance that features the Florentine iris; it’s not what you’d expect, it’s a bit woody, very particular. It’s obvious that if we were to identify ourselves with Florence, they would be a clear sales approach. However,
everything we do is made in Florence: artisans make and engrave our bottles. That’s what we want to communicate. 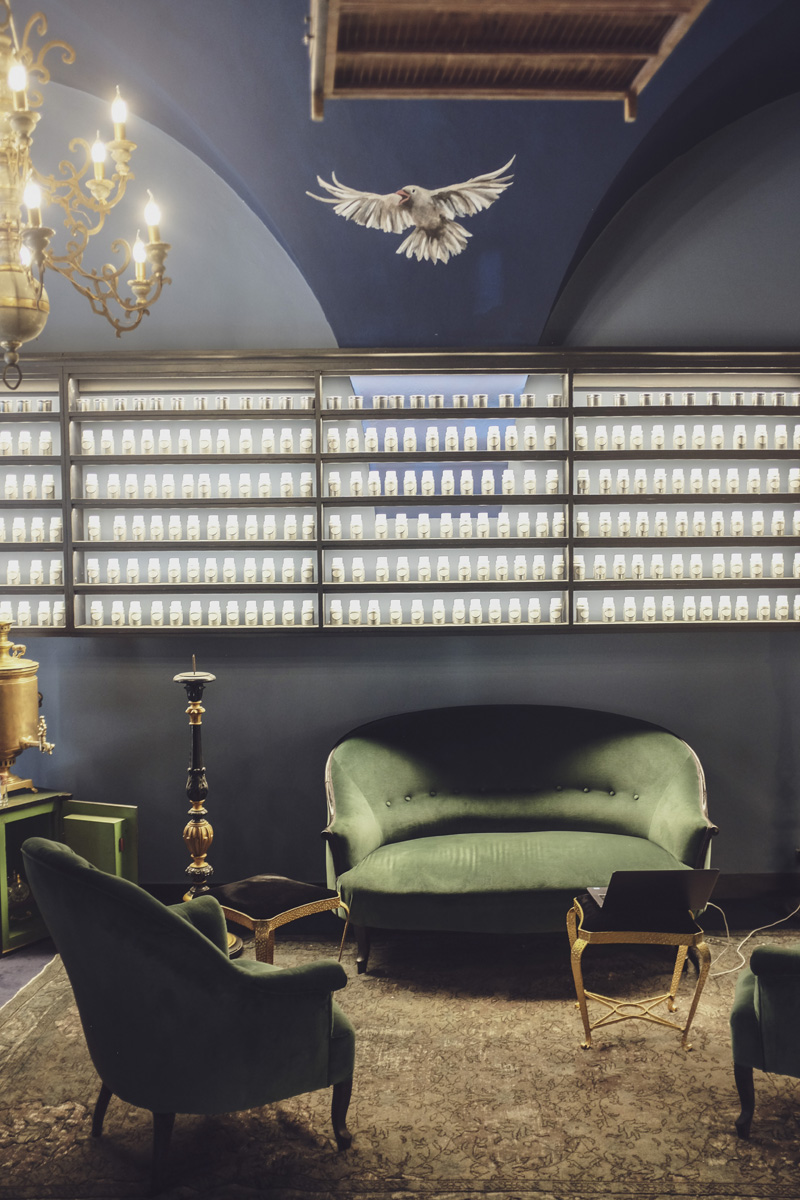 HF: Are there scent preferences based on nationality?

SC: People from the Far East love lighter perfumes. They don’t like the woody, resinous perfumes that are adored in Arab countries. Americans have got used to commercial perfumes because over there it’s hard to find niche fragrances. Scents are an Italian thing. It was born here; it’s our invention.

HF: Do you seek inspiration from the history of perfume in Florence?

SC: I once made a Renaissance perfume based on what I found documented on papers about trade routes to America and the Far East. The famous Rose de Grasse and Rosa di Maggio, which can’t be found anymore, were brought into being by Catherine de’ Medici. I made a version of the perfumed gloves that Catherine wore. When she removed them, the scent would stay on her hands. At that time, hands were the only point of contact between people. Back in Renaissance Florence, physicians believed that perfume kept viruses and illness at bay. Whenever they visited sick people, they wore a beak, which had two holes over which they laid a cloth soaked in perfume. 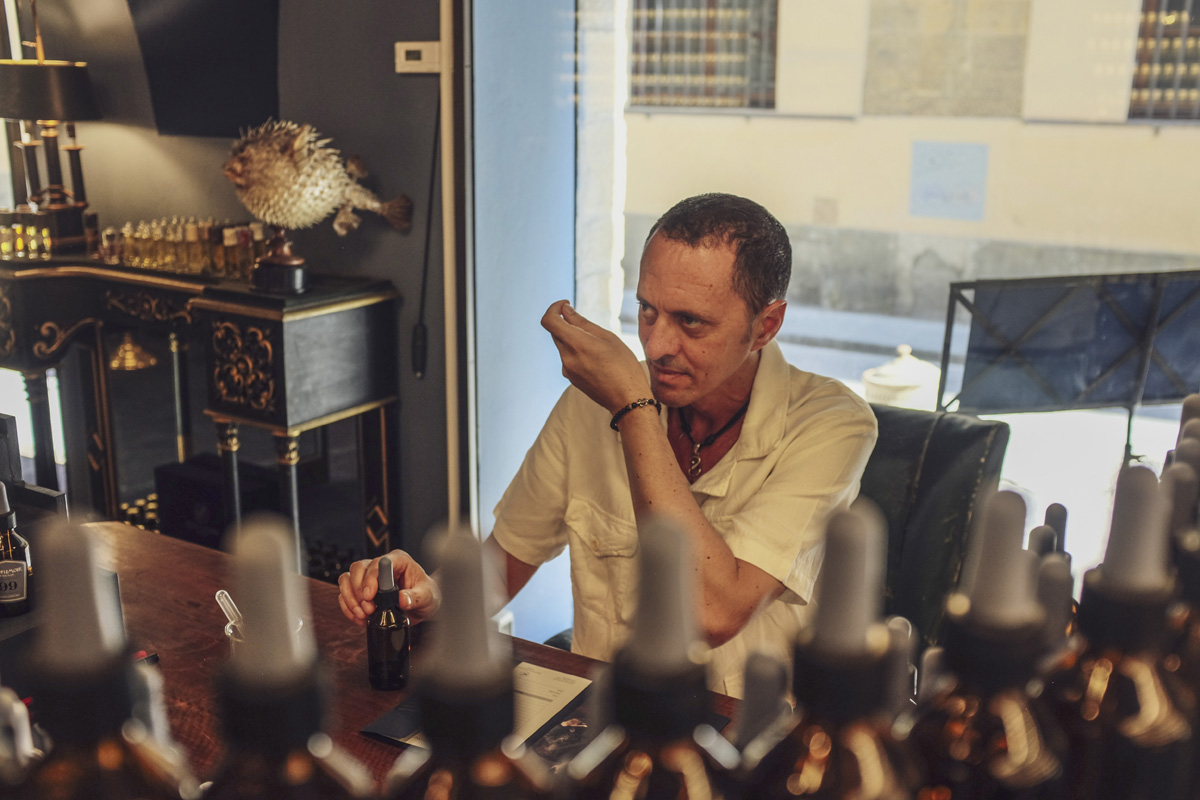 HF: Which perfumes did they use?

SC: Rose and lavender in particular. Chemical research was being done in Florence: there were physicians, spice merchants, apothecaries, and also alchemists. Studies were conducted into spagiria, organic chemistry, into the art of distillation and harvesting plants in specific situations, with the sun in a certain position and when plants yielded their best aromas. This research resulted in the making of strong oils that were often used by alchemists. There was always this aphrodisiacal aspect too. Ambergris, which is found in the ocean, came to be used in medicines, as an aphrodisiac in herbal teas, and in perfumes too.

HF: Tell us about your career to date.

SC: I worked for important brands in the perfume world before reaching a point where I wanted to create a “new” concept, which was linked to my name. I was the creative director and founder of Aquaflor, but I was a minority shareholder. Aquaflor was important for me to understand certain things. For me, a perfumery is best expressed in a small space that’s personalised and intimate. What we offer here in via di San Niccolò is a bespoke experience that doesn’t exist anywhere else in the world: the profumoir. Guests sit down at this desk by the window and can choose from an “organ” of 99 bottles of scent blends that I’ve created. I guide people through the experience using droppers to make their own custom fragrance during a one-hour consultation. My wish is that people leave here happy that they’ve created a unique perfume all of their own. 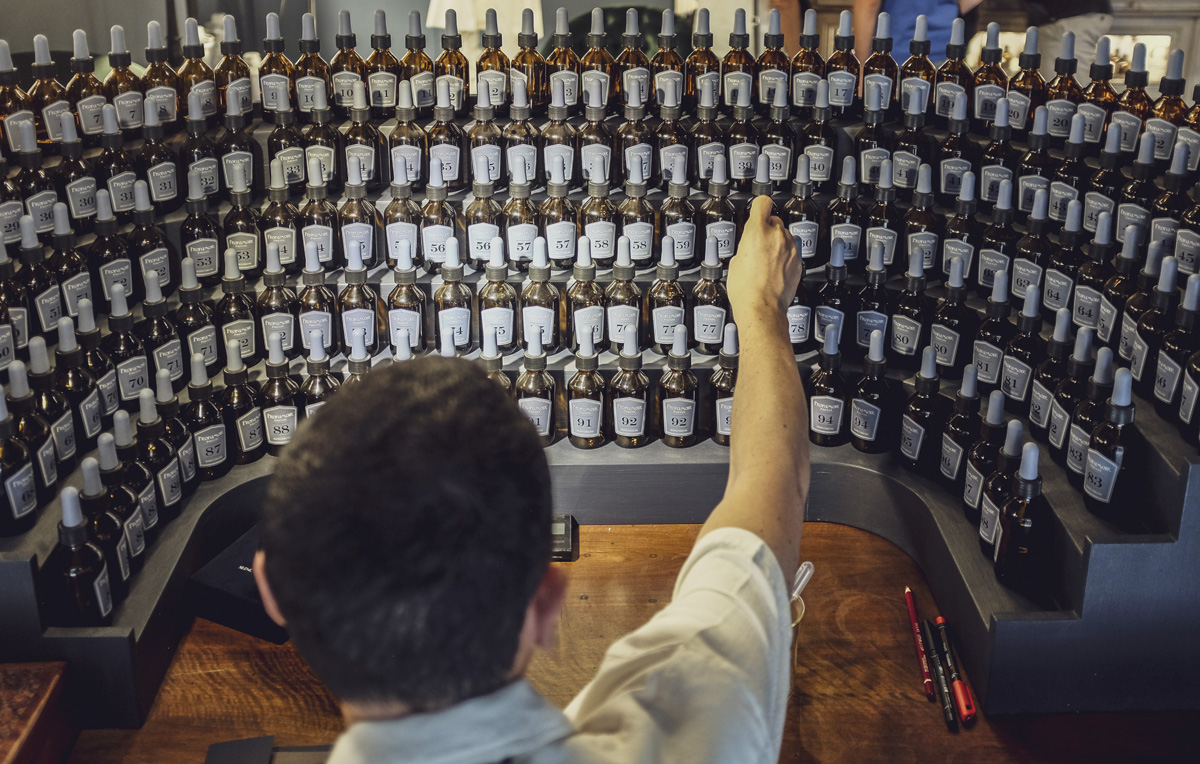 HF: How does the bespoke perfume-making process work?

SC: I explain how perfume is made: the percentages needed and how to construct a formula. Then I ask a series of questions to understand a person’s perfume experiences and personal tastes. Some people come to me because the scent they’ve used their entire life has been discontinued. We can try to make something similar, but it will never be exactly the same. There are two different categories of people: those who use the same perfume their whole life and those who change all the time. When I was at university, I had no money, but I travelled, and I’d always buy a tube of toothpaste wherever I went. Whenever I used it afterwards, I’d be transported back there. Many people use perfume to remind themselves of particular moments in their lives.