Originally the largest park in Florence, the Cascine was a Medici hunting and farming estate, which passed to the grand duchy of Lorraine with the death of the last Medici in 1737. Although it had occasionally been open to the public for special events during the 18th century, it only became an actual public park during the brief reign of Elisa Baciocchi, grand duchess of Tuscany and Napoleon’s sister; it continued to be so after the City of Florence acquired the property in 1869. By the late 19th century, the 18 hectares of woods, tall trees, shady paths and lawns became a place where the townsfolk strolled, who gained easy access to the green space between 1880 and 1897 thanks to Florence’s original tramway, which linked the Cascine and the city centre (much like today’s tram to Scandicci). It was the place to see and be seen, especially among the aristocracy and the ex-pat community. Even Queen Victoria in her carriage could often be seen there when on holiday in Florence. 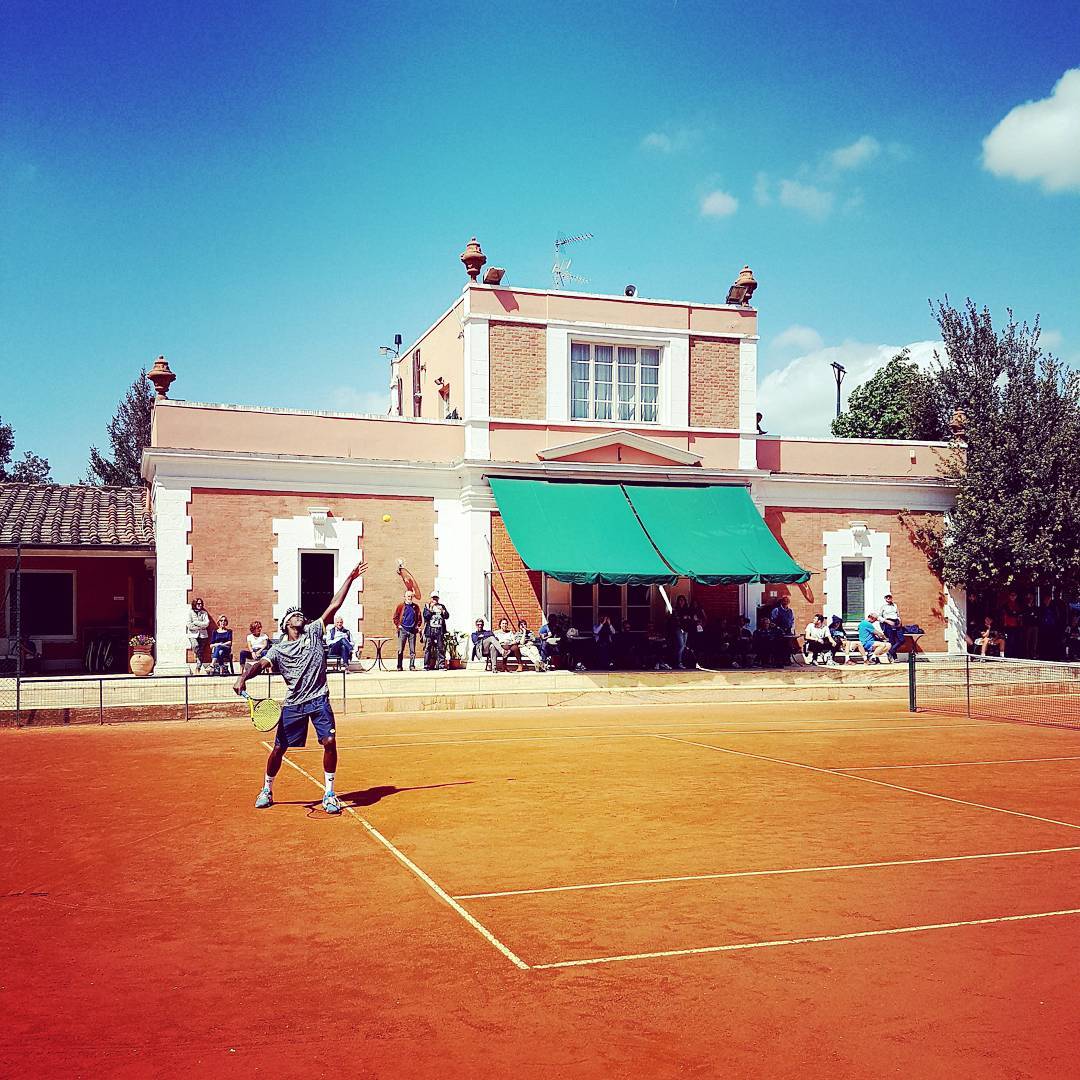 The Cascine quickly became the ideal setting for ex-pats, nostalgic for the sports and pastimes they enjoyed back home; here they sought to recreate them. The first race horse meeting was held in the park in 1852 at the racecourse organized by the fabulously rich Russian count Anatole Demidoff and the Società Anonima Fiorentina. In 1859, a shooting range was created, followed several years later by clay pigeon shooting facilities, and in 1870, a club of velocipedists, or speed cyclists, was inaugurated, using a flat dirt track until, in 1894, it was transformed into what is still the concrete velodrome for bike races.

With 30 founding members, some Florentine and others English, the Florence Tennis Club was founded in 1898, the fifth club to become part of the Italian Lawn Tennis Association established in 1894. Games were initially played on the grass until two clay courts were built. At the time, nets, posts, rackets and other equipment were furnished by the Anglo-American Supply Stores in via Cavour. The men’s dress code on court was modelled on the English cricket style, whereas for women—club membership was open to them from the very beginning—the required style was rigidly Victorian, meaning they were encumbered to play in long skirts, tight bodices and vexatious hats. Tournaments were held for men from 1900 and for women from 1902, when Florence became the first club in Italy to allow women to compete. In fact, a cup is dedicated to Rhoda de Bellegarde de Saint Lary, a club member and the winner of the first and second Italian women’s championships in 1913 and 1914. She would die of Spanish flu in 1918 while serving as a Red Cross nurse during World War I.

The classical, red brick, then single-storied, clubhouse with its white door and window frames was designed by architect Pietro Berti and gifted to the club by the wealthy industrialist and first president, Count Giovanni Cosimo Cini, in 1900. There, in May 1910, representatives from the 12 most important Italian tennis clubs met and inaugurated the Italian Tennis Federation, voting in Florence club member Piero Antinori as president.

Over the years, the public has been entertained with tournaments featuring many Italian champions like Nicola Pietrangeli, Lea Pericoli and Adriano Panatta, in addition to international stars including Ille Nastase, Vitas Gerulaitis and Roy Emerson. Five Davis Cup challenges (in 1933 with Yugoslavia, 1958 with India, 1959 with South Africa, 1962 with Russia, and 1993 with Australia) were contested on the Florentine courts and, since 1976, the International “City of Florence” Juniors Tournament has been held there at Easter every year, whose winners include Jennifer Capriati and Roger Federer.

In November 2003, the Florence Tennis Club joined the prestigious Association of Centenary Tennis Clubs, one of the 7 Italian clubs and only 79 clubs worldwide that are over 100 years old. Today, this verdant and tranquil oasis comprises 560 members, 10 red clay courts, two padel (a cross between tennis and squash) courts and a football pitch. The men’s and women’s changing rooms are in the clubhouse, although the small wooden hut used for that purpose when the club first opened can still be seen on the grounds. The clubhouse also houses two card rooms and a reading room with a bar.

In the 1950s, a glass-enclosed restaurant was added and, during the summer, another restaurant is open near the swimming pool built in 1939 by Gherardo Bosio, a major exponent of Italian rationalism architecture. A well-equipped gym and sauna were made available to members in 2011. Professional tennis coaches teach courses, from beginners to advanced, for youths and adults from September until June, while summer camps are organised for children and adolescents between the ages of 4 to 16.

From July 18 to 21, 2019, the Florence Tennis Club proudly hosted the 7th International “City of Florence” Wheelchair Tournament with about 40 competitors from Italy, Malaysia, Australia, Colombia, France, Austria, Spain, England, Turkey and China, an important date on the international calendar for disabled athletes and for the city. Prior to this, the Florence Club hosted two national wheelchair tournaments in 2011 and 2012, as well as an earlier international wheelchair tournament in 2013.

This month, excitement among spectators is already mounting as tennis fans flock to the Cascine to watch the revived second edition of the Florence Tennis Cup – Tuscan Airports Trophy, as part of the ATP Challenger Tour. From September 23 to 29, the tournament will take place at the Florence Tennis Club with national and international players vying for 75,000 dollars in hospitality and prize money.

With 30 founding members, some Florentine and others English, the Florence Tennis Club was founded in 1898, the fifth club to become part of the Italian Lawn Tennis Association established in 1894.