Stepping into the stylish lobby of the Helvetia & Bristol is always a treat, especially now that the historic hotel has been extensively renovated and the restaurant has welcomed a new talented chef. 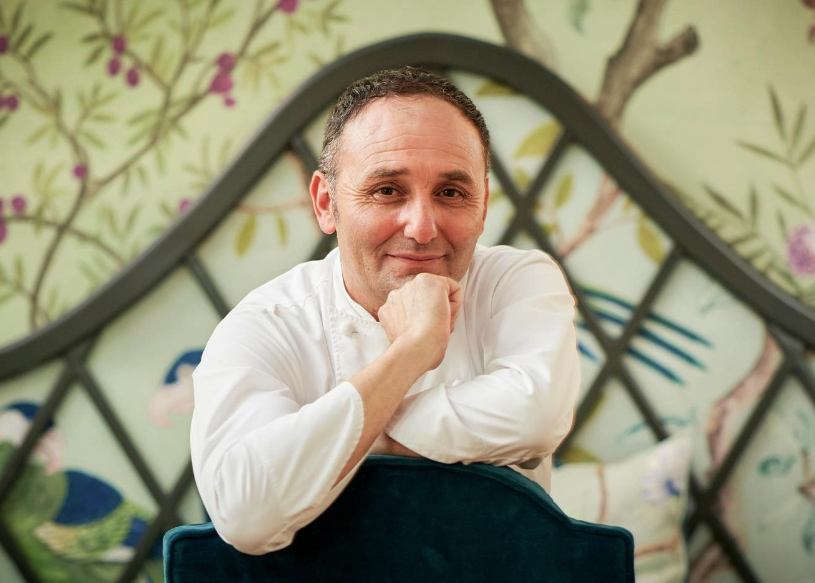 Ensconced in the Bristol Winter Garden with its Liberty-style glass ceiling and Tuscan fauna wall coverings, chef Pasquale D’Ambrosio, originally from the outskirts of Naples and most recently employed at Sheraton Milan Malpensa, serves up complex culinary fare that retains a lovely lightness and intriguing creativity. The cheese and pepper tortelli pasta with lobster and gold leaf is surely the southern Italian gourmand’s signature dish, alongside La Velata, the sea’s greatest delicacies enclosed in a thin cuttlefish sleeve. A sublime new touch comes in the form of the Tinello, a walk-in kitchen designed by Riccardo Barthel that greets diners for cooking shows and gourmet wine tastings. 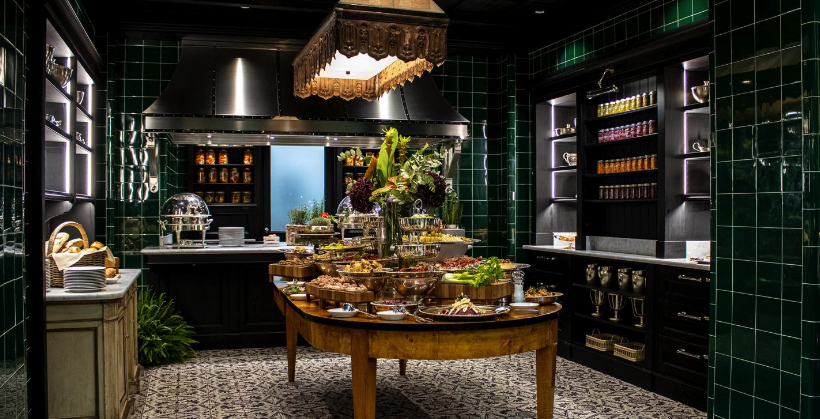 The nineteenth-century townhouse just around the corner from piazza della Repubblica became a hotel in 1894, drawing in influential Italians over the years including poets Eugenio Montale and Gabriele D’Annunzio, playwright Luigi Pirandello and actress Eleonora Duse. Now, a detail-driven restoration has restored the grand hotel to contemporary opulence. The 64 rooms and suites vaunt tactile touches that make you want to run your fingers over all the surfaces: age-spotted mirrors, ribbed wooden flooring, embossed linens and shot-silk wallpaper. Masterminded by Starhotels CEO Elisabetta Fabri, who reimagined her company’s Florentine flagship luxury hotel through the services of the city’s master craftspeople, these refined ambiences are easily spaces where writers could pen a novel—that was my feeling as I peered into the “entry-level” pink suite on the fourth floor. 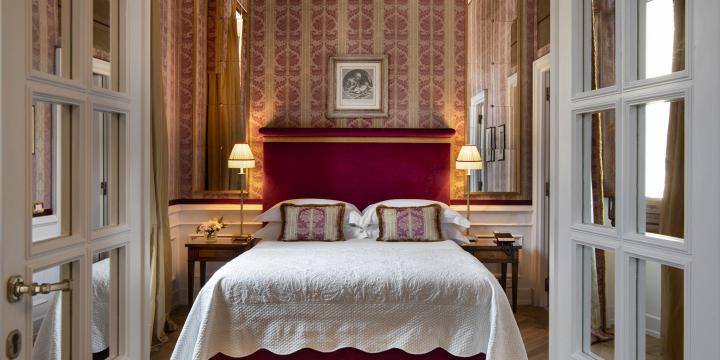 Helen was a guest at the Helvetia & Bristol for a recent press lunch.