The hospitality industry is an enriching environment for creative minds and dedicated individuals but, as with any profession, working in the kitchen unfortunately comes with some downsides. Aside from the obvious problems like long hours, high temperatures and personal sacrifice, it’s also a male-dominated world, which creates an environment that sometimes deters young female professionals from becoming chefs. In this article, leading chefs in Florence, Karime Lopez and Beatrice Segoni, discuss their experiences as women in the kitchen.

Mexico-born Karime Lopez heads up the team at Massimo Bottura’s Gucci Osteria and has experience in some of the best restaurants in the world: Noma in Denmark and Central in Peru. Her culinary story began in France. “I studied art in Paris, where I frequently visited the city’s beautiful pastry shops and discovered this whole other form of cuisine. I perceived it as true art, not only an art form you could eat!” After that dose of inspiration, Lopez enrolled in a culinary college in Spain to initiate her studies. 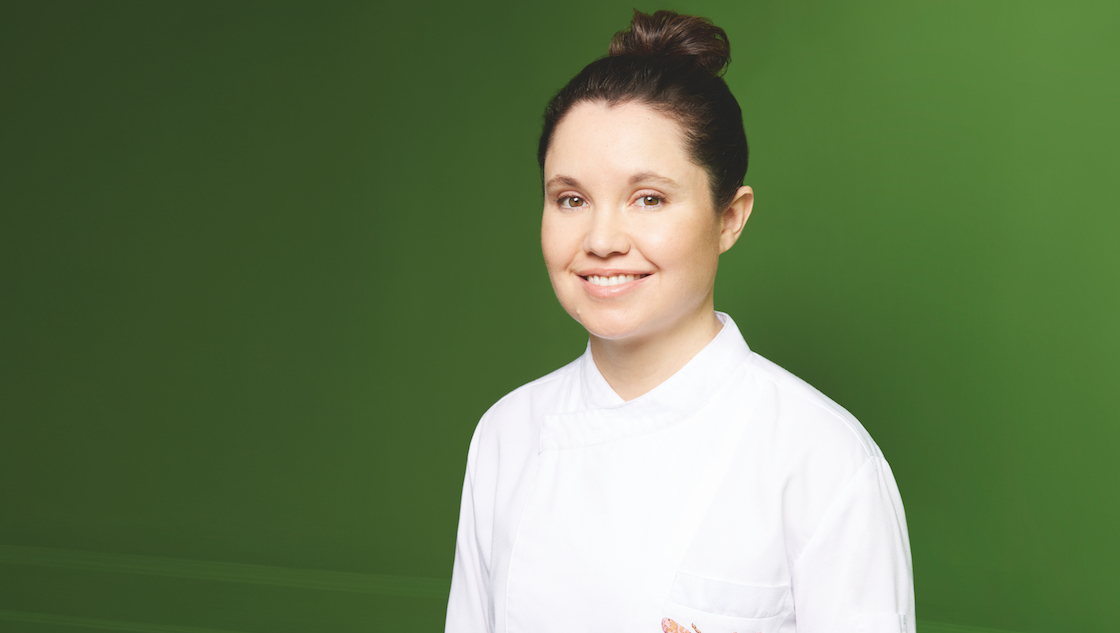 Chef Beatrice Segoni, on the other hand, grew up in the coastal Marche region. Her birthplace is an integral aspect of the identity of her restaurant Konnubio. Her first foray in the kitchen was earned under the tutelage of Gianfranco Vissani, but her passion for food was founded by “the desire to share the pleasures of food and good cooking with others.”

When asked about her first impressions of the hospitality industry, Chef Lopez replies, “I noticed that there weren’t a lot of female chefs or women in the kitchen. After my initial experiences, I realised each country has their own perceptions about female chefs.” Chef Segoni adds, “It was difficult from the beginning. I realised very early on that it was a man’s world, but I never got discouraged and I’ve always tried to prove that women can do it too.”

And of course, women can do it too. There is a general misconception that women avoid the professional kitchen atmosphere because it can be too difficult or laborious, which is nonsense. More often than not, it’s down to a certain small group of male cooks who discourage women from the industry. It’s a sad truth that some men (certainly not a majority) use the kitchen environment or the professional hierarchy to mistreat cooks around them and, regrettably, often the female employees.

“There are so many challenges to face every day as a woman,” stated Chef Lopez, “Not just in the kitchen, but in all types of work.” Chef Segoni continued on the same point, recounting that her initial struggle in the kitchen was to gain respect.

Women around the world are slowly destroying societal stereotypes by earning prestige in the kitchen. Clare Smyth maintained the three Michelin star status at Restaurant Gordon Ramsay and Dominique Crenn became the first woman to win three Michelin stars in the history of the United States.

With the topic of such iconic cooks in mind, Chef Lopez mentioned, “I am inspired by my mentors Santi Santamaria, Enrique Olvera, Seiji Yamamoto and, of course, Massimo Bottura. But I also greatly admire Anne Sophie Pic. All of these chefs have very different styles of cooking and different ways of thinking about food, but they have one thing in common: they have a huge respect for their teams.” 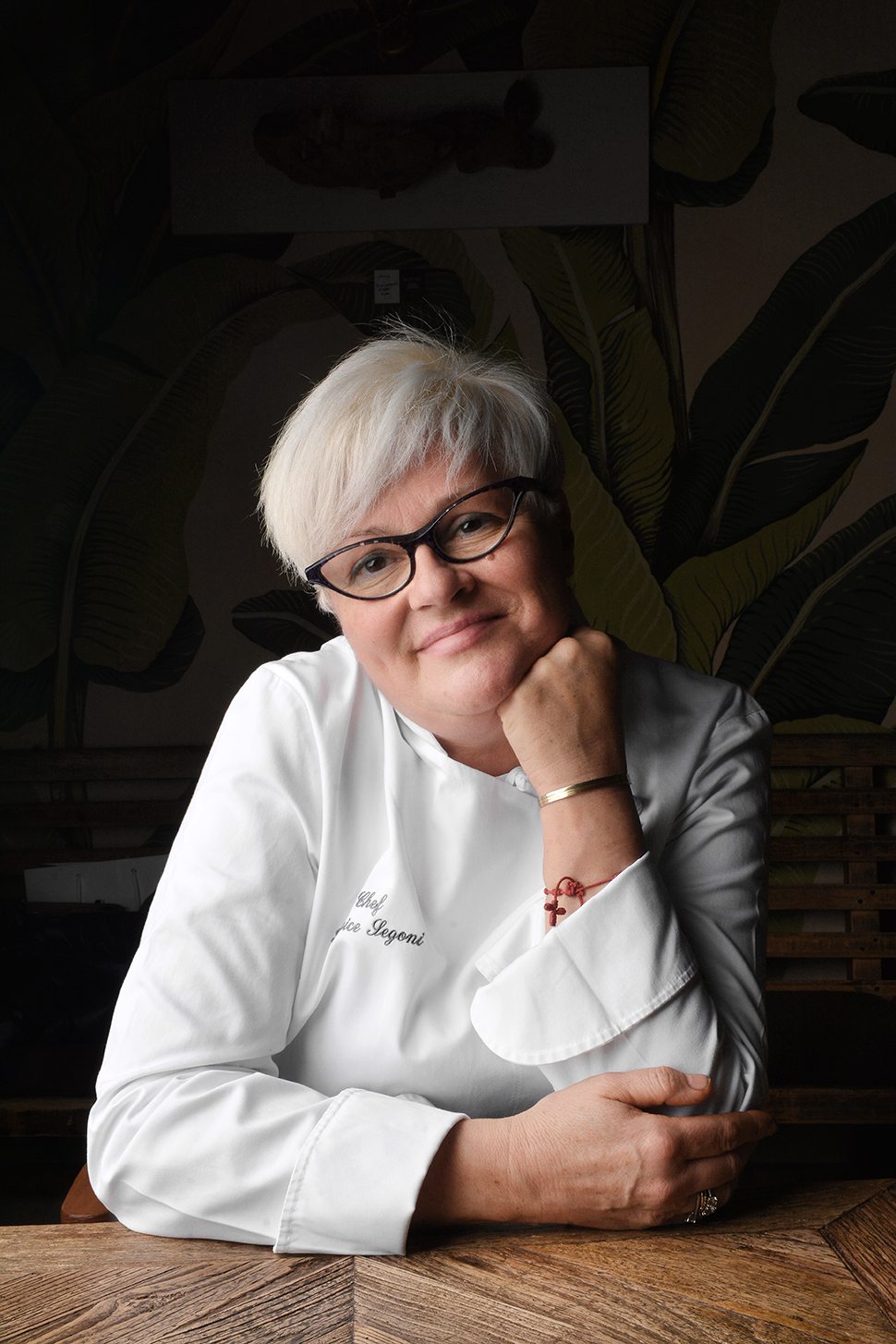 Chef Segoni continued. “Many chefs helped me to understand and learn about extraordinary ingredients and new techniques. But then you have to have something inside you that makes you say ‘I do this because I think it’s right.’ In this line of work, each of us must make our own individual contributions.”

Before ending the conversation to return to their busy kitchens and hungry customers, both chefs imparted some words of wisdom to young women considering a career in the restaurant business.

“Work hard,” said Chef Lopez, “and don’t give up. Be consistent, support your colleagues, both men and women. Massimo Bottura encourages us all to do our best, and that’s something I want to say to everyone, not just the women chefs of tomorrow.”

Chef Segoni similarly added, “Don’t ever get discouraged and be ready for a subtle war that you will win only with security and perseverance.”

There is a place in the kitchen for anyone, regardless of gender, so long as a professional attitude and a willingness to learn are maintained. 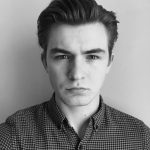 Karl Whittaker followed his heart from the United Kingdom to Florence with high hopes of transitioning from his former profession as a chef into a writer. If he isn’t working on his literary fiction novels, he’s likely writing about food, wine, music and almost everything else in between. Find more of Karl's work on his blog The Devils of Florence (thedevilsofflorence.wordpress.com).

Scientists across the globe are stressing the importance of making changes to our deleterious daily habits for the betterment of our Earth and the future of those who will inherit ... 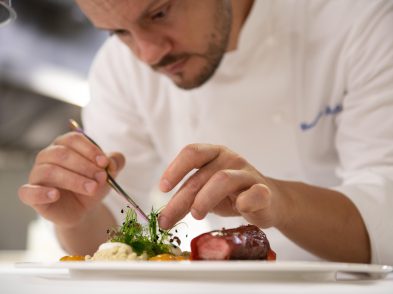 Behind the cameras of televised cooking shows and the pages of food reviews and travel guides, the customer knows very little about what really goes on in the minds and ...