The most feminine of cities

Florence has an immortal soul.

In both language and literature, cities are typically seen as female entities, and Florence is no exception to this rule. Henry James provides ample examples of this in his literary love letters to the city. In his Italian Hours, he memorably immortalised Florence thus: “It is the most feminine of cities. It speaks to you with that same soft low voice which is such an excellent thing in a woman. Other cities beside it are great swearing and shuffling rowdies. Florence has an immortal soul. You look into her grey eyes…so studious, so sensitive, so human.”

Modern feminists might have more than a few things to say about the “soft, low voice” so poetically idealized by James, but writers are not the only ones who have evoked this particularly “female” side of Florence. As all Anglophones will agree, the name Florence was and is undoubtedly a woman’s name. The etymology of “Florence” dates back to the Roman name Florentia, the feminine of the Latin Florentius from florens meaning “flowering” or “blossoming”, a floral image that tends to align more with the feminine than the masculine. Whilst the city’s reputation for art, romance and the picturesque Tuscan landscape all play a part, much of Florence’s perceived “femininity” seems to come from its architecture, the very design of the buildings and the layout of the city itself.

Arriving in Florence from Bologna, nicknamed “the Red City” on account of the deep terracotta of its solid brick buildings, I immediately and instinctively understood that Florence was the more romantic, and therefore the more “feminine” of the two cities. Perhaps I, like James, was enraptured by the whimsical elegance of the Florentine architecture, or perhaps my subconscious had long ago absorbed the idea of this female Florence through literature and art. However, in a modern world in which gender and what it means to be “male” or “female” is becoming increasingly politicized, is there still a place for this apparently harmless gendering of towns and cities?

Although recent years have seen a greater effort to acknowledge the role played by female artists and patrons in shaping the artistic heritage of Florence, the “femininity” of the place itself, of its physical structures and world-renowned Renaissance architecture, have seen little such attention. Indeed, it is impossible to really understand why we subconsciously classify cities as female or male. Defining the gender of a place today would mean drawing on our preconceptions of what we consider to be traditionally “male” and “female” physical characteristics, and as these fluctuate, transposing such gender stereotypes onto the built environment goes from already challenging to nearly impossible. Nevertheless, there must surely be some definable quirk of Florentine architecture or perhaps an established literary association that leads us to inherently link the city with femininity, more so than the other prominent northern Italian cities of Bologna, Turin or Milan, for example. Given that Florence is often considered one of the most beautiful cities in Italy, could it be that our subconscious association of beauty with the feminine leads us instinctively to embrace the idea of Florence as a woman? The Italian word for beauty is, after all, la bellezza, a feminine noun.

In 1504, the impact of gendered imagery on the public perception of the city was a cause for public debate. In a time when the possibility of a city being seen aesthetically as “feminine” posed problems for its security, the prominent government official Messer Francesco Filarete called for Michelangelo’s David to replace the statue of Judith on the ringhiera, essentially the steps out front of Palazzo Vecchio. Whilst there were political motivations for this change, the argument presented by Francesco to the government rested on the pivotal idea of whether Florentines wanted their city to be viewed as a more masculine or feminine republic. By associating Florence with the masculine strength and virile beauty of the David, Florence would project to the outside world an image of fortitude rather than one of weakness.

Francesco was victorious and the David was to stand on the ringhiera for the next 369 years. This debate shows that the concept of a “gendered city” existed even in the early 16th century, and was perhaps more significant given the definitive associations of “male” and “female” that pervaded at the time.

However, in today’s society we actively push back against such gender stereotyping and Florence is a city enjoyed by all for reasons unrelated to its gender. Is it therefore time that we questioned the concept of Florence as a feminine city? In a world in which all genders are supposedly allowed their own space, surely the physical surroundings in which we establish our communities should be an ostensibly genderless arena. However, it seems that Florence’s reputation as “The most feminine of cities” is too much embedded in our collective mentality to change anytime soon, and in reality the damage this association causes seems negligible. Nevertheless, as we wander the streets of this immortal city, it is worth appreciating the architectural genius around us for its technical brilliance and a unique beauty that goes beyond gender and the complex politics that come with it.

Born in London and raised in Guildford, Charlotte Hughes-Morgan studies Italian, French and English Literature at Durham University. She has spent this year working in Paris and Italy, improving her language skills and pursuing her interests in European art and culture. 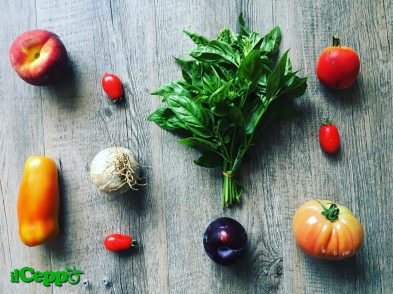 Organic to your door

The organic revolution has spread its roots in Florence. Here are the home-grown delivery services bringing “bio” to your house. LOCAL Embrace sustainable living and support local farmers at the ...