Florence has been rated the top European city for its creativity and cultural vibrancy, according to the second edition of the European Commission’s Cultural and Creative Cities Monitor. Tommaso Sacchi, city councillor for culture, fashion and design, speaks to The Florentine about the international recognition. 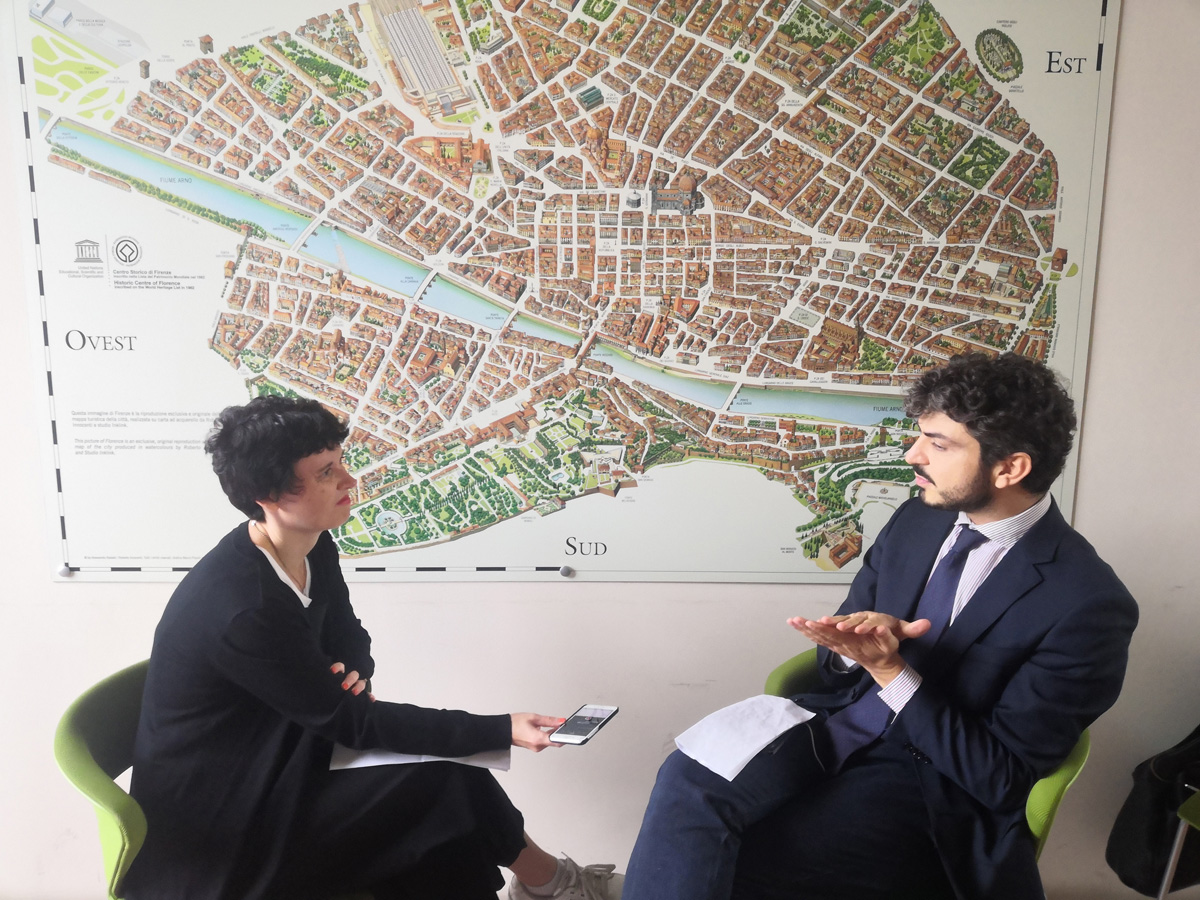 Helen Farrell: It’s quite an achievement for Florence to be recognized as the most creative and culturally vibrant city in Europe. Are we returning to our Renaissance roots?

Tommaso Sacchi: Yes, it’s a huge achievement for the city and its creative community. I don’t believe in the re-enactment of the Renaissance, but we’re living in a positive time for Florence. Last week, I was in Leeds and there was a wonderful applause from the other countries when Florence was announced. In the last five to ten years, Florence has distinguished itself as a city that’s able to make cultural connections. Our cultural producers have made great efforts in working together out of a sense of pride at defining Florence’s cultural identity. There’s a new narrative and that’s thanks to two tiers of culture: the major institutions like Palazzo Strozzi and Maggio Musicale Fiorentino, and the independent cultural associations and non-profits.

In fact, in Italy, Florence has the highest number of cultural players compared with the amount of city-registered VAT numbers. Estate Fiorentina is the biggest cultural festival. In five years, we’ve tripled the investment with more than one million euro given to cultural associations. But it’s not just about the money; we make sure that the smaller producers are given a voice. The world knows about the Uffizi, the Teatro del Maggio Musicale Fiorentino and the Galleria dell’Accademia, but we are committed to giving a role to producers of culture who were not (or are not yet) “on the stage”.

I believe that part of this European recognition is because of the political decision to give a voice to everyone involved in Florence’s cultural production. The combination of the city administration and major institutions has crafted something really relevant in recent years. 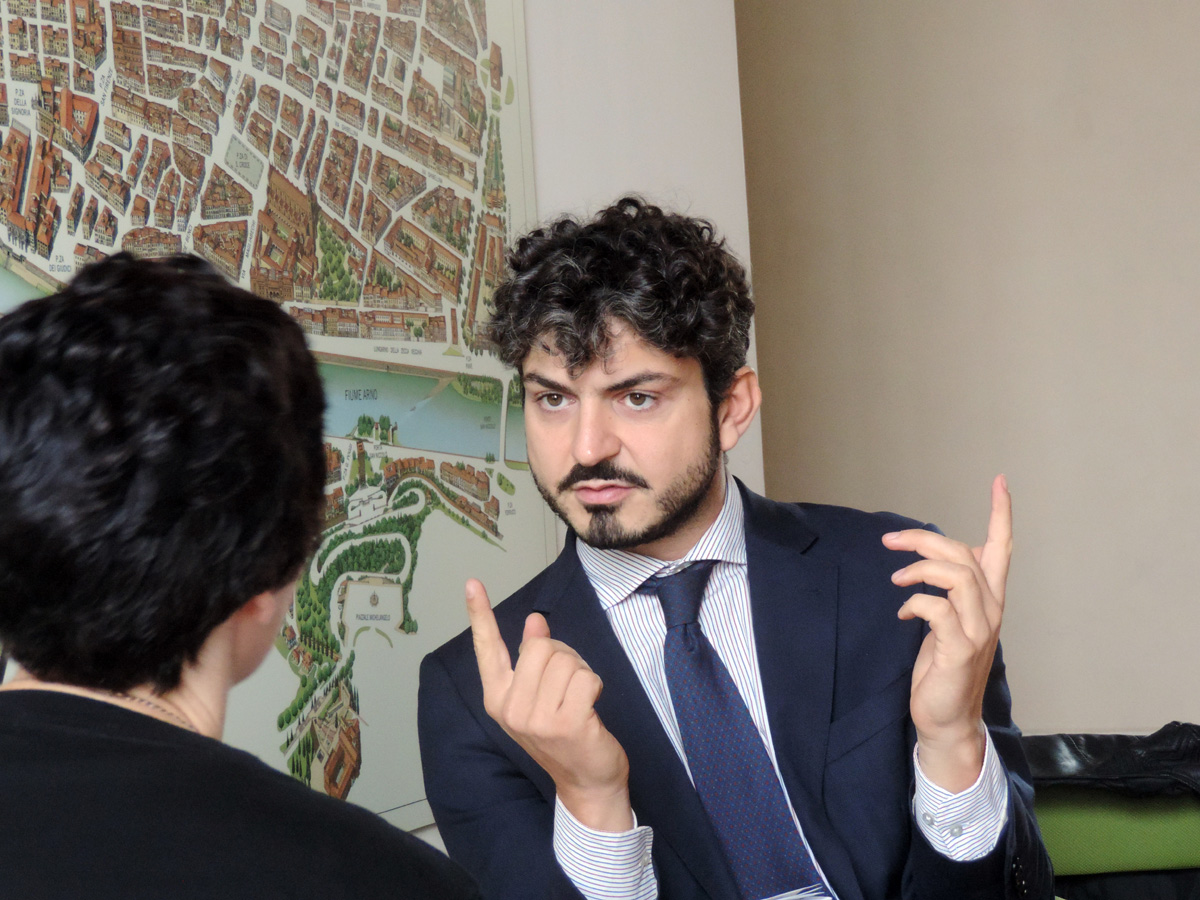 HF: Let’s talk about the creative economy, another indicator in the Cultural and Creative Cities Monitor. Your mandate covers fashion and design, which makes me think of the likes of Polimoda (now also at Manifattura Tabacchi), Marangoni and IED, among others. To what extent is Florence successful in retaining the local and international talent that it foments?

TS: The leading academies play a key role in keeping the creativity in town. The greater the city’s allure and sexiness, culturally speaking, the longer students are likely to stay before returning to the States, China and northern Europe. The challenge we face is to keep Florence as alive as possible in order to retain the intelligence. Somewhere like Manifattura Tabacchi with its post-industrial space is a plus. We can rely on a place that is more European. In the last ten years, people in Florence who were getting their bachelor’s or master’s degrees, people in their twenties or thirties, were obsessed with travelling all around Europe to see the likes of Berlin, Madrid and Paris. Now, something is going on in town; I can feel it. In the last month, we’ve welcomed the theatre director Bob Wilson and Richard Gere was given the keys to the city. The point is this: the city is working together for a common sense of identity and towards a renewed storytelling of Florence. We’re just at the beginning; I have five years in this role! 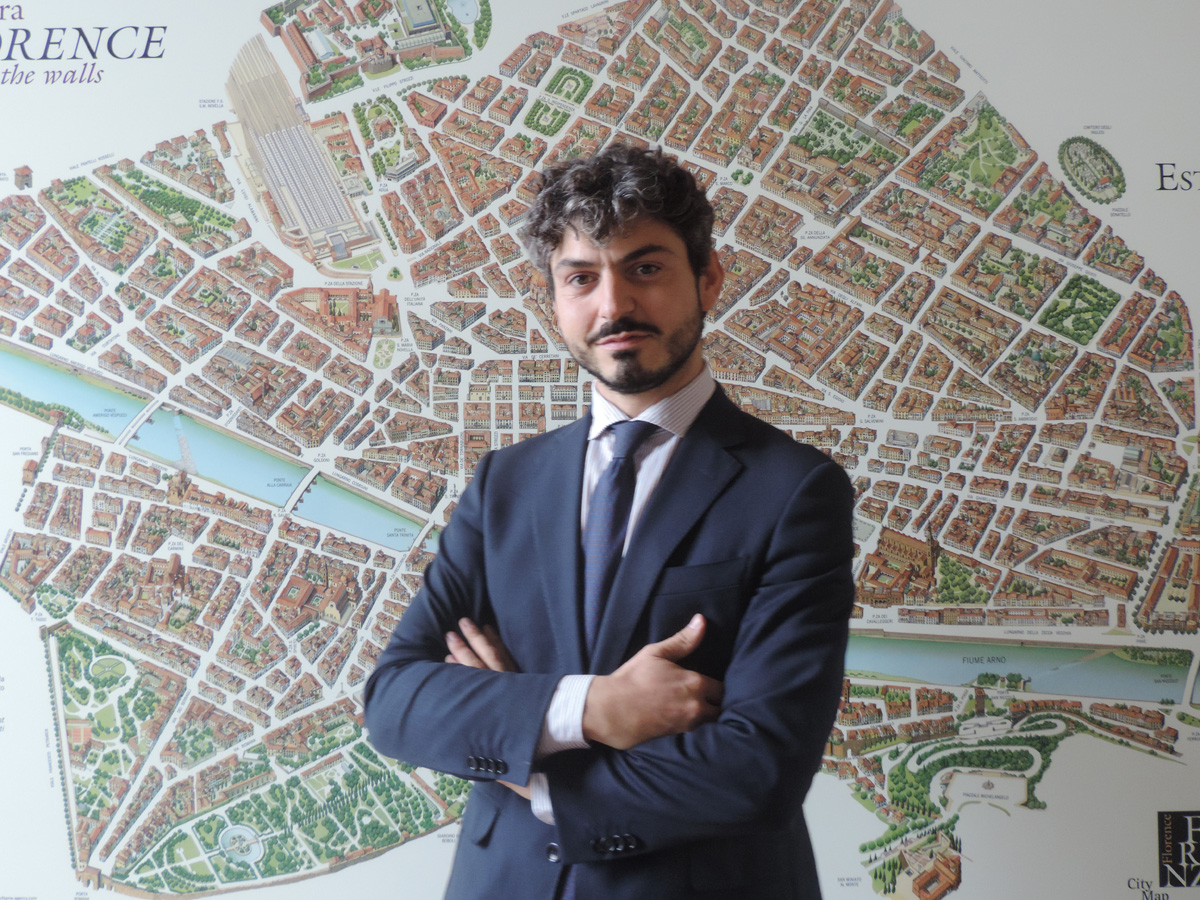 HF: The Card del Fiorentino is a super idea, bringing the city’s museums and monuments back to the locals for just 10 euro for the year. What’s the take-up been like so far?

TS: It was an idea that I was rather obsessed with. People need straightforward ways to get involved with the culture of their city. The simpler the idea, the greater the success. Florentines don’t necessarily realize how vast the civic museums actually are, such as Museo Novecento, Palazzo Vecchio and the Bardini Museum. When I was working on the Genius Loci festival, it became clear to me that local residents don’t always know that the basilica of Santa Croce hosts a Last Supper by Vasari; they don’t know about the unbelievable dual cloisters or the Pazzi Chapel. My idea is to involve Florentines with an easy-to-use cultural passport. Once a year you pay 10 euro, or 30 to 40 euro as a family. Maybe give it as a Christmas present! It’s something you always have in your pocket, so that if you have time before catching the bus, you can pop into the Museo Novecento and gaze at a Fontana cut or take in the Morandi exhibition. Whenever I cross the Salone dei Cinquecento, I feel privileged to be surrounded by such history. Florence has a population of 380,000; it’s important to give this opportunity for our citizens to think, feel and be elevated to another dimension. In terms of success, 1,600 cards sold in five days and that figure is on the up all the time.